Maths teacher, 32, was caught having sexual affair with a pupil after his partner found naked photos of the girl among 800 emails on their home computer, tribunal hears

A teacher admitted having a sexual affair with an 18-year-old pupil after his partner found more than 800 emails between the pair, including naked pictures of the teenager.

Ross Spittal, a former teacher from Inveralmond Community High School in West Lothian, had sex with the teenager at his home on at least two occasions, a tribunal was told.

The 31-year-old maths teacher, from Bishopton, Renfrewshire, began a romantic relationship with the pupil, believed to be 18 at the time, in 2019, a panel heard.

The affair was discovered when his then girlfriend, Kim Smyth, found more than 800 emails between the pair on the couple’s shared computer.

At a hearing in front of the General Teaching Council for Scotland (GTCS) today, Ms Smyth, 32, revealed she found the messages on the pupil-teacher portal, Glow, when Spittal had been looking at his phone while they were drinking together at their home.

She told the hearing that on the day she discovered the emails, Spittal and the teenager were planning to meet up.

When she called Spittal to confront him about the emails she said she was ‘literally seeing naked photos’ of the pupil as she was speaking to him.

One of the emails sent by Spittal said: ‘Kim is at work, you can come over’, Ms Smyth said. 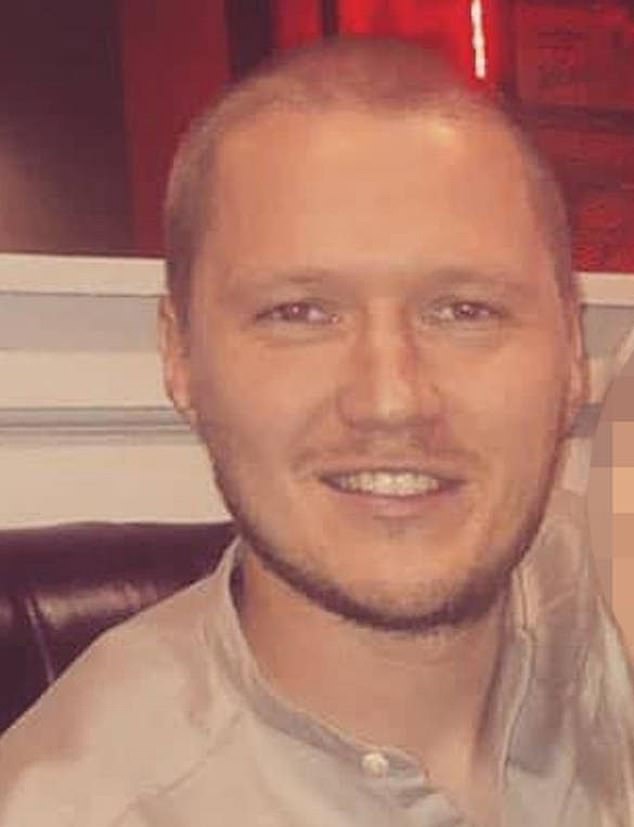 Ross Spittal, a former teacher from Inveralmond Community High School in West Lothian, admitted having a relationship with an 18-year-old student but believes he should still be allowed to teach 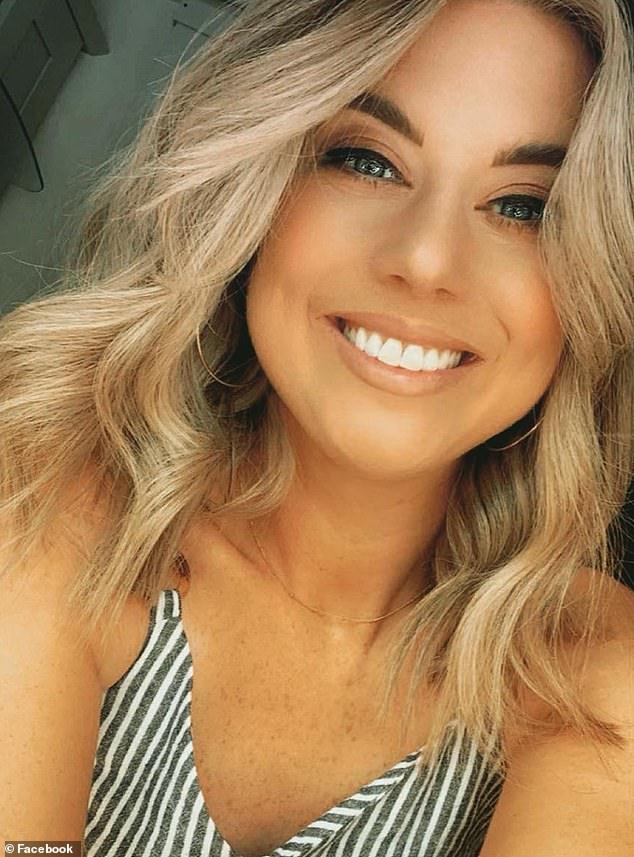 The affair was discovered when his then girlfriend, Kim Smyth (pictured above), 32, found more than 800 emails between the pair on the couple’s shared computer

Spittal, brother of Scottish Premier League Ross County footballer Blair Spittal, admitted the relationship but said he believes he should still be allowed to teach.

Referring to the former schoolgirl, Ms Smyth told the hearing: ‘I was aware of Pupil A for years.

‘It was a running joke in the school that she fancied Ross. It was surprising for pupils to have a crush on him, but I didn’t think he would act on it.’

A former self employed personal trainer, Ms Smyth said she was once invited to Inveralmond Community High School to give the pupils a talk on being self employed.

Speaking of the visit, she said: ‘I came face to face with Pupil A when she was brought round in a group by Ross.

‘When I asked if anyone had any questions Ms A raised her hand and said “is this the other woman?”

‘I thought that was very confident. That must have been a year or so before everything came out.”

Ms Smyth said she saw Spittal was searching for the pupil on Facebook and looking for nice messages about him after ‘feeling low about teaching’.

She said Spittal messaged the teenager using Glow at all times and described the tone of the messages as ‘chat and banter you’d expect with a friend’.

She added: ‘We were friendly with a lot of Ross’s colleagues.

‘We would go on nights out and we went to some of their weddings. They would tell me he was well liked by pupils, especially Pupil A. He always brushed it off.’ 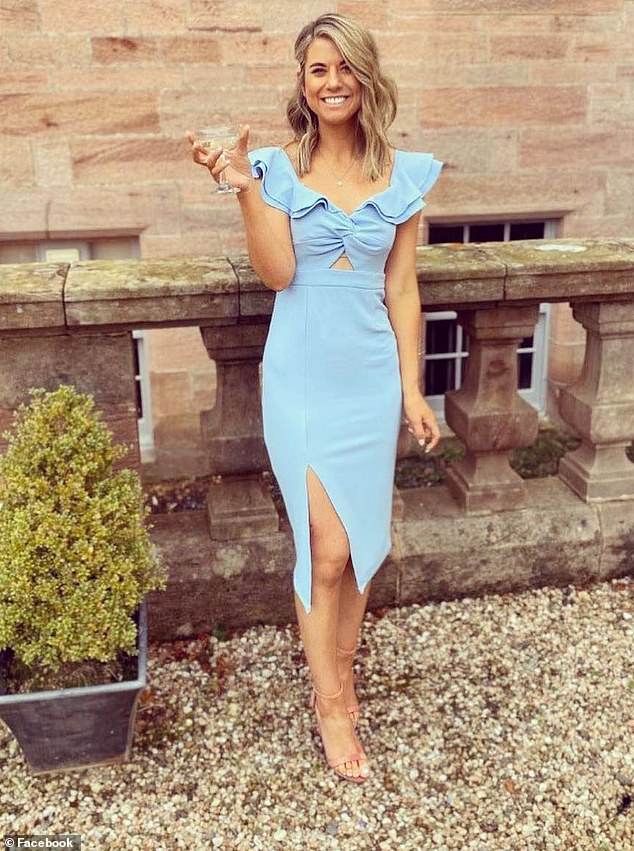 At a hearing in front of the General Teaching Council for Scotland (GTCS) today, Ms Smyth (above) revealed she found the messages on the pupil-teacher portal, Glow, when Spittal had been looking at his phone while they were drinking together at their home

When being cross examined by the panel, Ms Smyth was asked what Spittal’s colleagues would say about Pupil A’s crush on the maths teacher.

She said: ‘Other colleagues said Ms A was always hanging around his classroom and Ross acknowledged that, but always laughed it off.’

When asked about what she meant by Spittal ‘laughing it off’, she said: ‘It was always that she was a little girl.

‘It was laughed off because you never thought a line would be crossed.’

Ms Smyth added: ‘One Saturday night at about 2am, me and Ross were sitting in drinking and he kept looking at his phone. He was messaging Pupil A on Glow.

‘I thought it was extremely odd behaviour.

‘The day I came across the emails on our laptop, a message popped up at the bottom of the screen, she was emailing him. 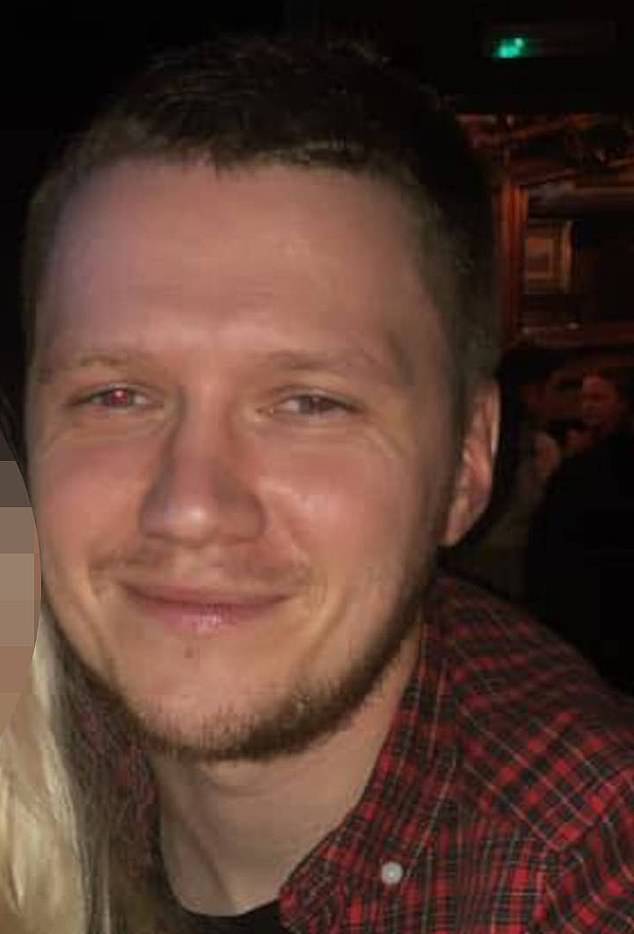 Spittal, brother of Scottish Premier League Ross County footballer Blair Spittal, admitted the relationship but said he believes he should still be allowed to teach

‘When I opened the conversation it was happening there and then, they were planning on meeting up.

‘There were naked pictures of Pupil A. I was literally seeing naked photos of her as I was speaking to him on the phone.

‘He asked me not to tell the police or the school.’

Ms Smyth told the council one email read: ‘Kim is at work, you can come over.’

On not phoning the police, she said: ‘It’s something I regret now.

‘I was in complete shock and I was heartbroken. It was in his hands to say what he had done.’

The relationship was later reported to Police Scotland, who found no criminality had occurred, the hearing was told. 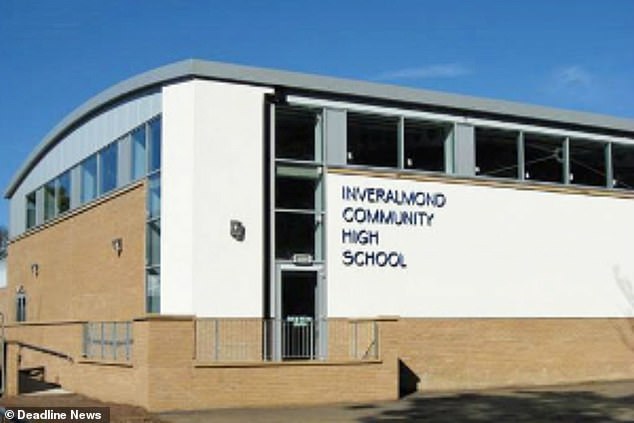 At the time the emails were discovered, Ms Smyth had been in a relationship with Spittal for five years and they had been living together for three.

Spittal’s legal representative Claire Raftery said her client admits all allegations brought to him by the GTCS.

He admitted kissing the sixth year pupil after an Easter school session in April 2019.

He also said he had sexual relations with the same girl at his home in April 2019.

In May 2019, Spittal told the school’s head teacher, Susanne Young, that there was ‘nothing going on at all’ between himself and the pupil.

Today, he admitted being dishonest about the relationship.

Mrs Young told the hearing she was not aware of the ‘standing joke’ that pupil A ‘fancied’ Spittal.

The GTCS investigation will determine whether Spittal should remain on the teaching register and be allowed back in the classroom.