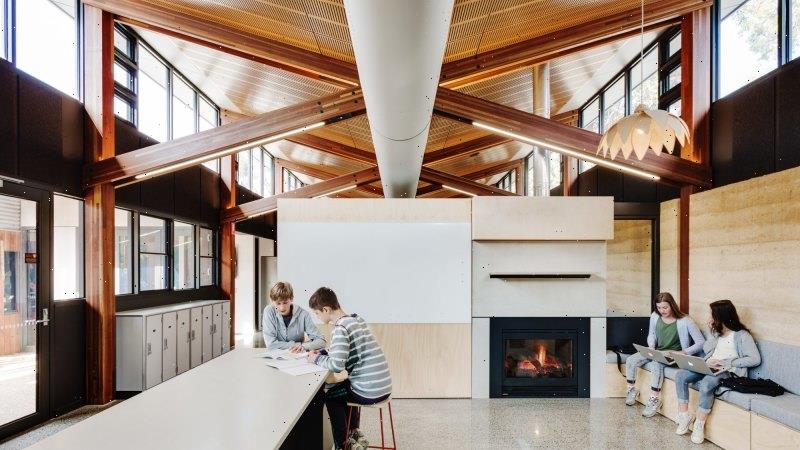 Staff at a high-fee private school on the Mornington Peninsula are threatening to take rarely seen industrial action to resolve a pay dispute that has festered for more than four years, including launching a ban on everyday tasks such as yard duty, writing student reports or even phone calls and emails. 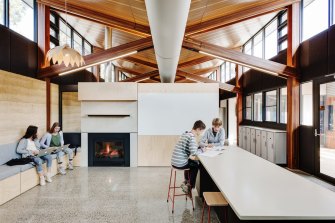 Staff at the Woodleigh School on the Mornington Peninsula will vote on whether to take industrial action for better pay.Credit:Drew Echberg

Staff at Woodleigh School, which charges year 12 tuition fees of more than $27,000, are also considering going on strike over what they say is an inadequate pay offer, in an exceptional escalation of industrial action in the non-government school sector.

An Independent Education Union application to hold a ballot on whether to take protected industrial action was approved this month by the Fair Work Commission.

“However, this process is now entering its fifth year and the current offer of a pay increase for only one year with no guarantees of future increases was unanimously rejected by members,” Ms James said.

A union source said it had been several years since negotiations with a non-government school had reached a point where staff were seriously considering industrial action.

The school has offered staff a 2.5 per cent pay rise next year, with no guarantee of an increase beyond that.

Like many non-government schools, Woodleigh received the JobKeeper subsidy last year and also offered parents significant fee relief as a result of the COVID-19 crisis.

A number of catering staff were stood down during the extended period of remote learning last year.

Woodleigh principal David Baker said the school was working to find a solution to support staff and families. He said JobKeeper enabled the school to keep paying staff at the height of the pandemic last year.

“We offered discounts during the pandemic’s peak, which helped many of our families to keep their children at Woodleigh, and we remain committed to helping our families as best we can.”

He said the school has offered teachers and non-teaching staff a pay rise in 2022 and would work towards delivering future pay rises as its circumstances permitted.

The school has not published its financial statement for 2020, but previous records show it posted a deficit for three years running, from 2016 to 2018, as revenue dipped.

As part of negotiations, teaching staff are also appealing for relief from the heavy workload they have taken on during the pandemic.

“Members want workload to be addressed in this round of bargaining,” Ms James said. “Overworked staff are frustrated they can’t get on with doing the job they want to do – teaching, leading, and bringing out the best in all their students.”

Actions that staff will vote on include bans or limits on making or receiving phone calls, and bans on attending meetings before and after classes, on writing student reports, on doing yard duty, and on reading emails, as well as potential stop work action of up to 24 hours.

Woodleigh has more than 900 students and almost 200 staff, according to the MySchool website.

It is also part of a coalition of regional and suburban non-government schools that has been pushing back against proposed federal government funding changes that would cost the school millions in subsidies.

The school received $32,042 per student in 2019, the most recent year in which financial data is available, of which $6669 was federal funding and $904 was state funding. Most funding was sourced from fees.

By comparison, nearby Frankston High School received $14,408 per student in the same year.