A 17-YEAR-old was among two people killed and five others hurt when shots were fired at a Memorial weekend party in South Carolina with 1,000 revelers.

The Union County Sheriff's Office confirmed the two deaths after gunfire erupted at a block party outside Jonesville on Saturday night, according to local reports. 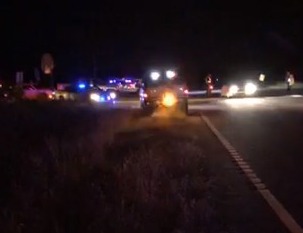 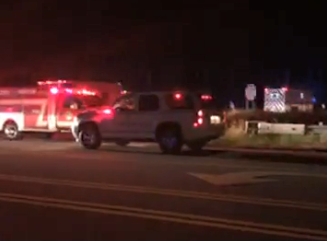 Seven people were reportedly shot and the victims who survived the bullets were taken to hospitals in Spartanburg, Cherokee, and Union counties.

Coroner William Holcombe told FOX one victim was only 17 years old and the second person killed was 21 years old.

Because their families have yet to be notified, their names haven't been released pending identification and autopsies.

Authorities told FOX there had been a complaint about the party at around earlier in the night because of cars blocking the roadway.

Although deputies cleared the vehicles, gunshots were heard a few hours later, prompting the first officers to return to the scene in under 10 minutes.

Several suspects were detained after the incident but only one person was arrested in connection with the deadly shooting.

Cops reportedly said someone started shooting while driving down the road, prompting people at the party to exchange gunfire.

Coffer said the 911 dispatcher told party goers calling the cops to hide out in the woods and conceal themselves under cars as bullets rained down.

Later, deputies were forced to use a drone to find any stragglers hiding in the woods and to double check there was no one else injured after the incident.