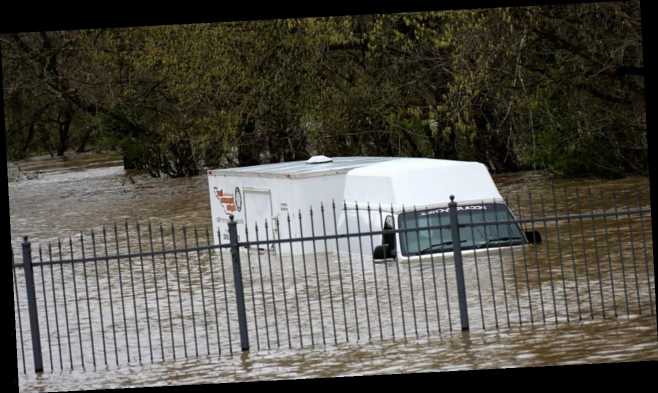 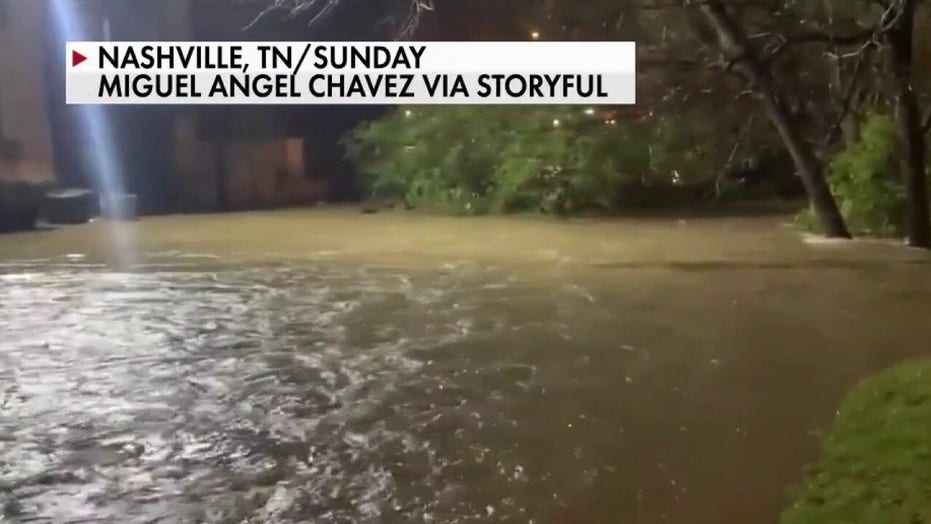 Heavy rainfall triggers a state of emergency in Nashville, Tennessee.

At least seven people have died following heavy rainfall and flooding that swept through the Tennessee area over the weekend, officials said.

The Tennessee Department of Health on Monday confirmed that five people died in Davidson County, which is home to Nashville. At least one person died in Cheatham County and another in Hawkins County, the agency added. They were all considered weather-related fatalities.

Nashville police said the bodies of a man, 64, and a woman, 46, were found near a flooded homeless camp. Authorities said they also recovered the body of a man, 70, from a vehicle that was submerged in the water next to a Walmart. Another victim, aged 65, apparently drowned after he got out of his car that had become stuck and was swept away by floodwaters, police said.

The rising death toll comes as Nashville received more than seven inches of rain over the weekend, the second-highest two-day rainfall total ever recorded in the city, Mayor John Cooper said at a news conference Sunday.

At least 130 people had to be rescued from cars, apartments, and homes in the Nashville area, fire Chief William Swann said.

One of the rescues occurred when Nashville Fire Department crews responded to an apartment building in Antioch, south of Nashville. A resident there said she woke up to a mudslide compromising the building, according to FOX 17 of Nashville.

“I didn’t think anybody was going to believe how bad it was,” said Abbe Bolduc, one of at least 15 people who were rescued. “You don’t think that tiny little creek can get that vicious.”

Many rivers and creeks were at or near their highest levels since 2010, the National Weather Service said. Floods in May 2010 caused 21 deaths in Tennessee and an estimated $1.5 billion in damage in Nashville. 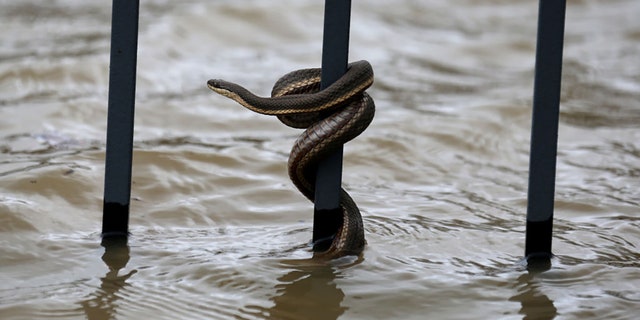 A snake wraps around the fence during local flooding during the weekend of the Food City Dirt Race on March 28, 2021 at Bristol Motor Speedway in Bristol, TN. (Photo by Jeff Robinson/Icon Sportswire via Getty Images)

“It’s the worst flooding event we’ve seen since the May 2010 flood,” National Weather Service meteorologist Sam Shamburger told The Tennessean. “But the main difference is this event affected a much smaller area than the 2010 flood.” 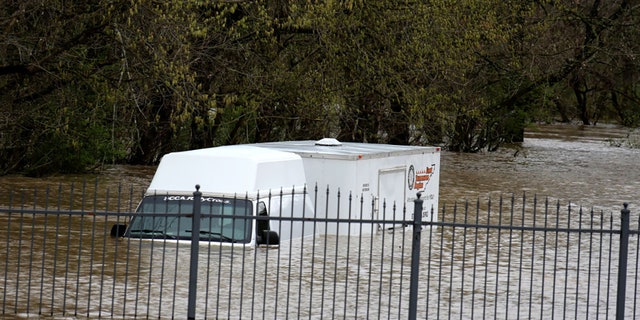 A van and trailer trapped in a parking lot due to local flooding during the weekend of the Food City Dirt Race on March 28, 2021, at Bristol Motor Speedway in Bristol, TN. (Photo by Jeff Robinson/Icon Sportswire via Getty Images)

On Monday, forecasters warned that parts of Tennessee will see “heavy rain” in the next few days. The National Weather Service (NWS) said “we generally expect 1-2″ of total rainfall with higher amounts across southern counties.”

A flash flood watch was also issued for Tuesday through Thursday, “based on recent rainfall and the current forecast,” according to the NWS.

“This forecast amount is usually manageable and little reason for concern. However, with recent rainfall, 1-2″ may cause runoff/localized flooding in flood-prone areas,” the NWS wrote.