A TERRIFYING video shows the moment when a massive storm tore through a school gym while 21 students were inside.

Three of the kids were injured during the scary incident at a small high school in North Carolina, on Monday. 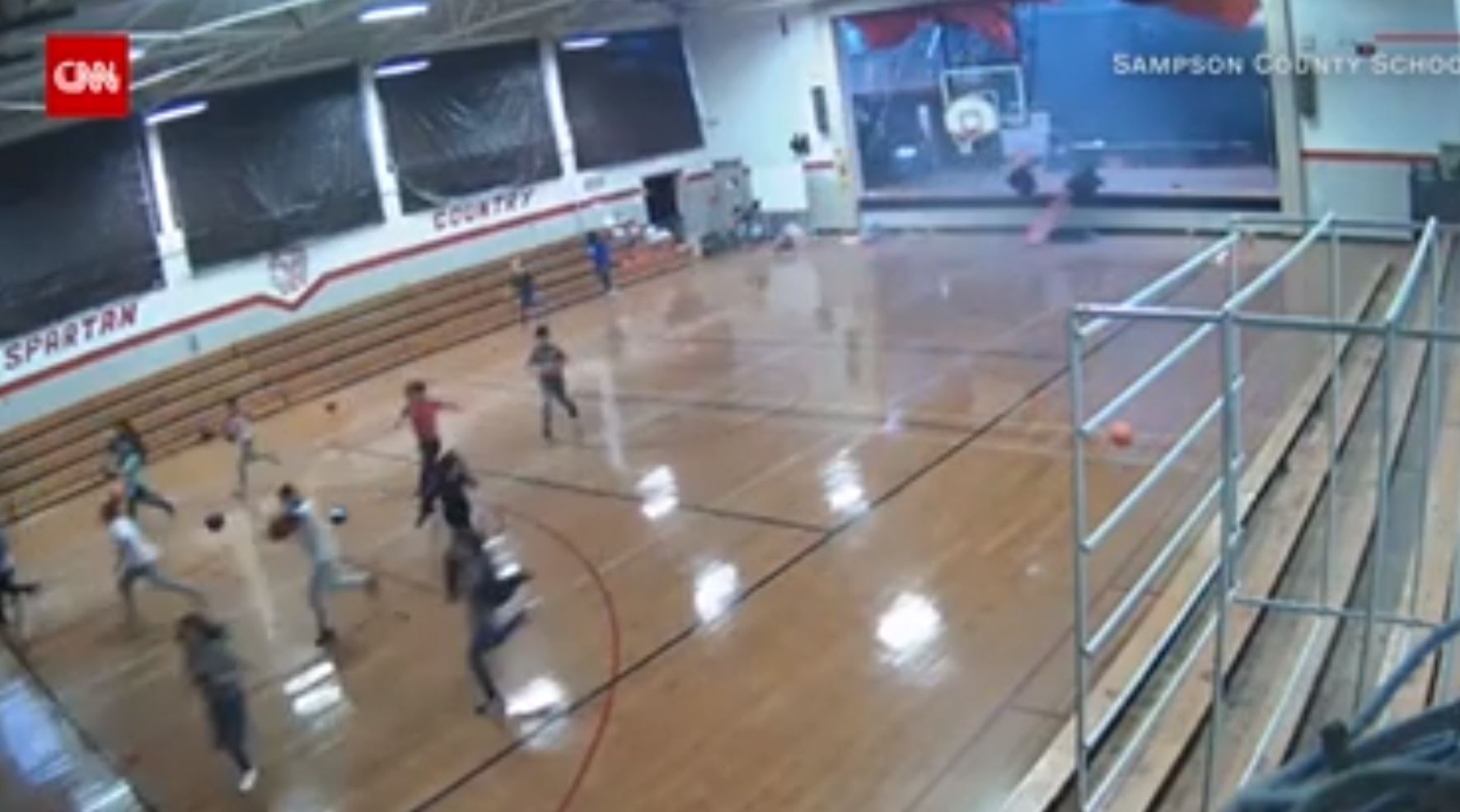 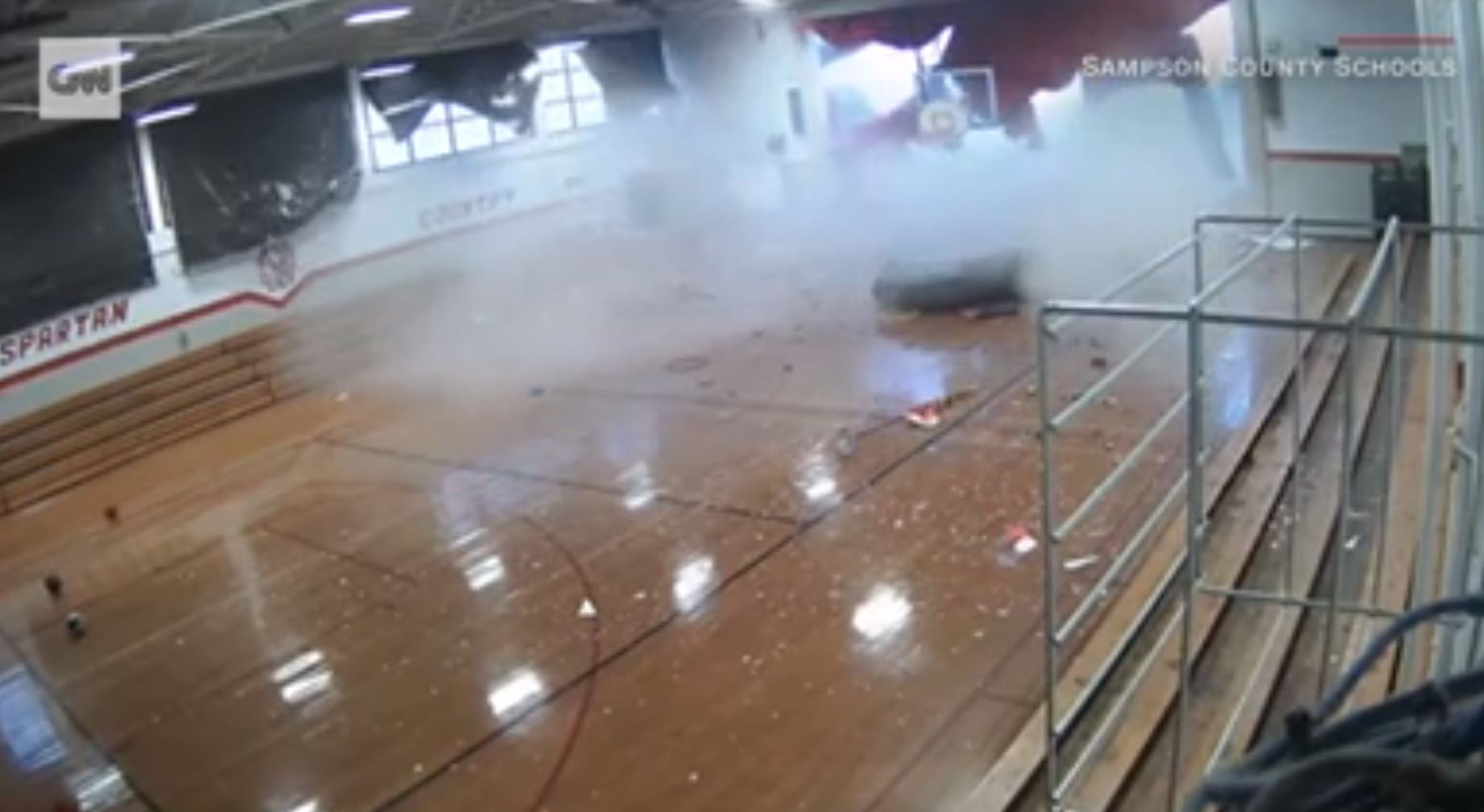 The children can be seen fleeing the scene as the storm left a large hole in the roof and leveled a wall at Union Intermediate School in Clinton.

The school was struck by a microburst, according to the National Weather Service. A microburst is a column of sinking air.

It is believed the wind reached 85 miles per hour during the storm.

"It was our PE day," fifth-grader Chloe Brewer told WRAL. "We were playing basketball, and it just sounded like something exploded in there.

“I just turned around and was looking at the stage, and it just collapsed,” she continued. “And then we started running, and something hit me from behind, and I fell down. And then the glass started breaking.” 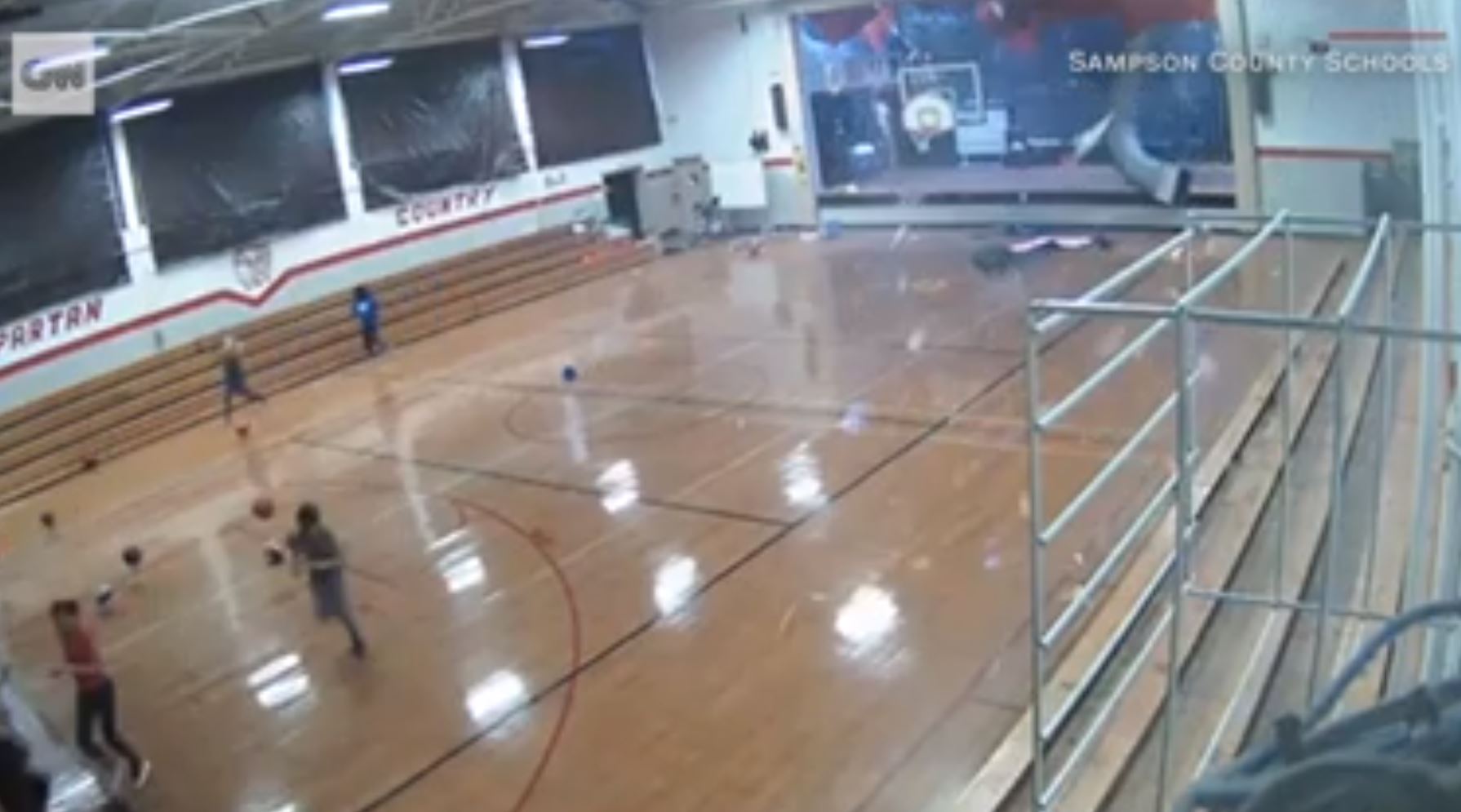 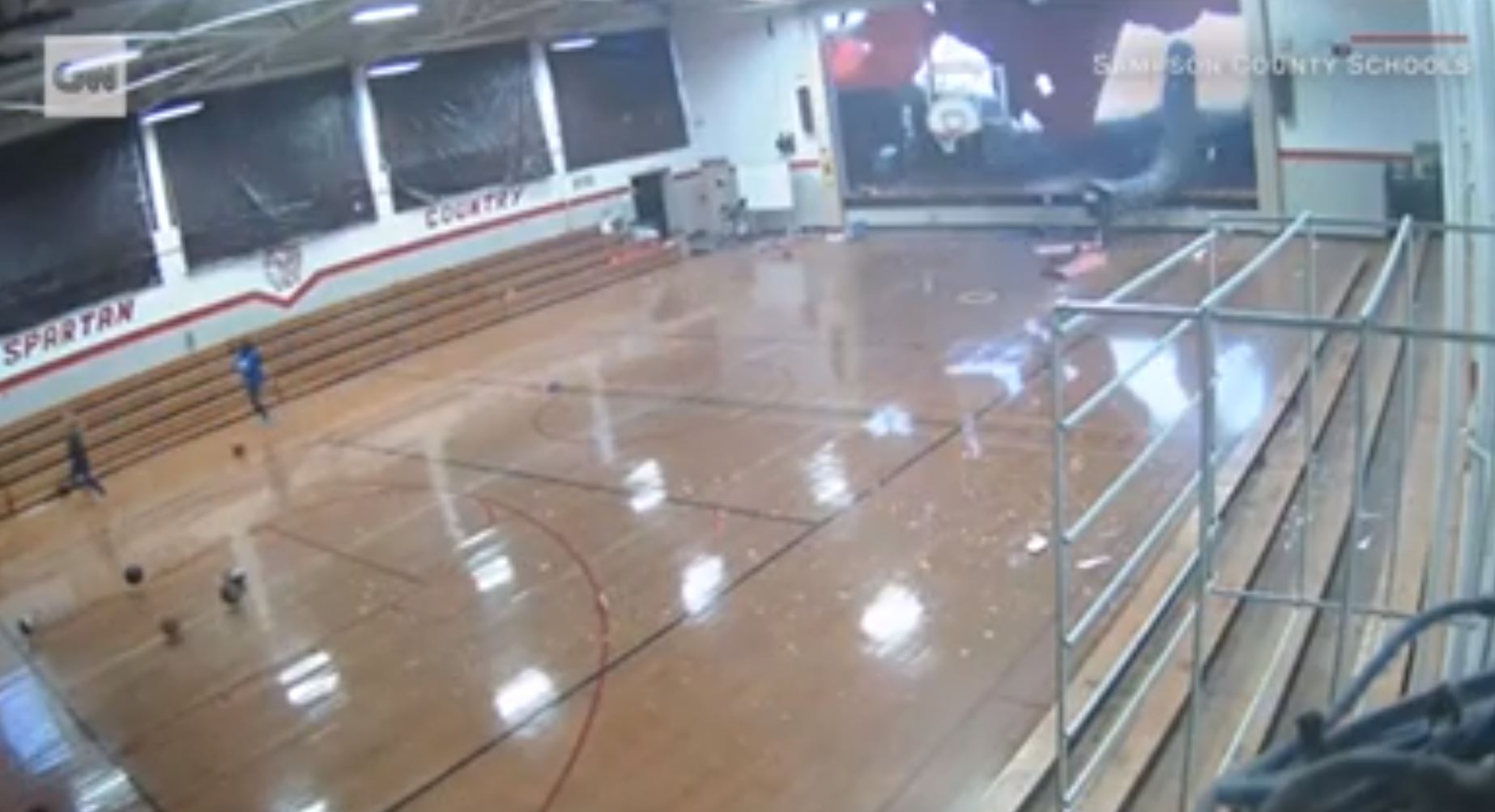 Chloe was one of the three students who were hospitalized. They all have been treated and released, according to WTVD.

"When I saw her, she had the neck brace on her, and she wasn't allowed to move too much or anything like that," mom Carolyn Brewer told the station.

Principal Dondi Hobbs said there would have been about 450 students in the gym had it struck yesterday.

"It was just 'bam,'" Hobbs told WRAL. "We had no warning. Nobody received any alerts on the phones or anything before we were in action mode."

The National Weather Service said the microburst also "snapped and uprooted" trees near the school.

Lots of glass and other debris could be seen on the gym floor, but Hobbs told WTVD that "we're dealing with minimal damage, as opposed to some of the things that could have happened."

"What a blessing it is that only three students were injured and those three students are going to be OK," Sampson County Schools spokesperson Wendy Cabral told the station. "We can fix this building, but students are our priority and we're blessed that they're OK."

Dad of missing girl, 7, is 'a murder suspect after he shot dead a man'

Microbursts were described by LiveScience.com as "powerful, localized columns of wind that occur when cooled air drops from the base of a thunderstorm at incredible speeds."

There are about 10 reports of microbursts for every tornado, according to the National Weather Service.

Classes at Union were canceled yesterday but may resume tomorrow.

GOT a story? EMAIL [email protected]