Terrifying footage has revealed the moment an avalanche hit a Russian ski resort and left up to a dozen people trapped under snow.

More than 170 rescuers are desperately seeking to find tourists who were buried ‘by a man-made avalanche’ at Dombay, which sits at an altitude of 5,350ft in the North Caucasus region.

Two ski rental trailers also found themselves under the blanket of snow after the avalanche hit the popular resort on Mount Mussa-Achitara.

A cafe and a ski lift on a beginners’ slope were also struck by the snowfall.

At least six people have been rescued from under the snow, a member of the rescue team told Sputnik. 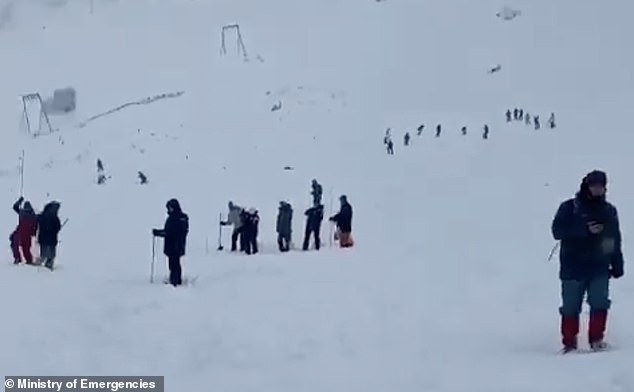 The terrifying avalanche hit the popular resort on Mount Mussa-Achitara, Dombay, in Russia 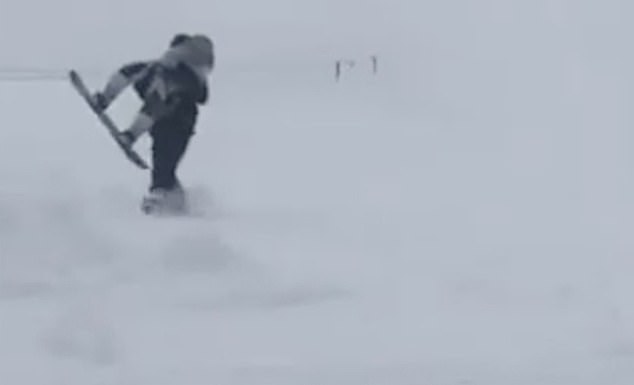 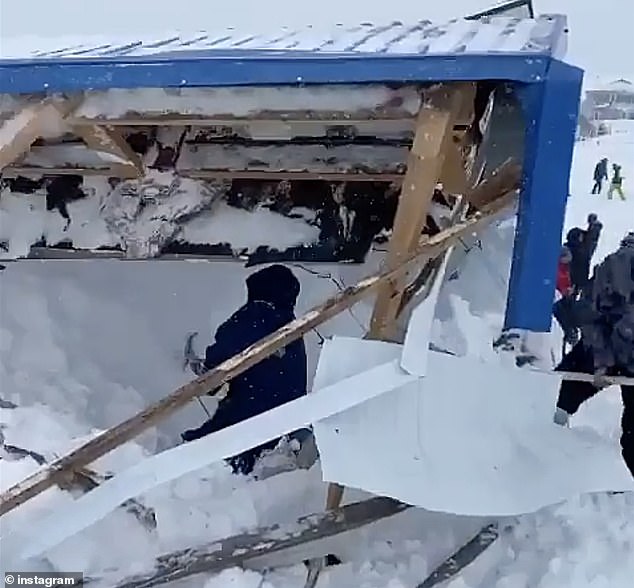 During the clip, an adult is seen running while clutching a child on skis in an effort to protect them from the huge snowslide.

Elsewhere a female in a cafe that was hit by the avalanche is heard praying.

In another scene, a woman is pulled out from under the blanket of snow by a team of rescuers.

A total of six were pulled out from under the snow, and latest reports said three were confirmed as still missing. An account said one was dead.

Today emergency teams and skiers heard a phone ringing under the snow before trying to dig down and find the lost people. 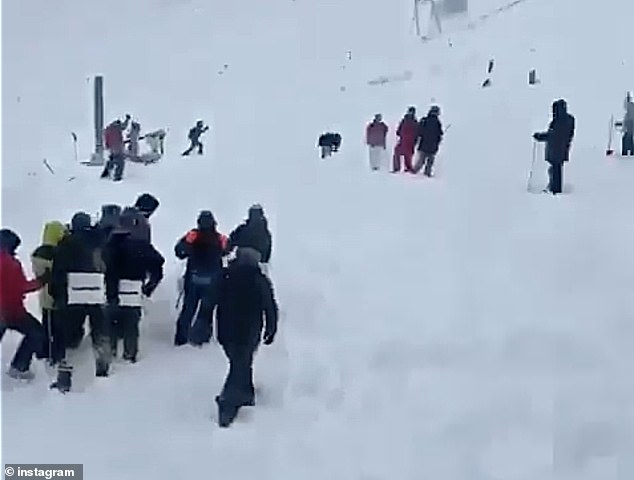 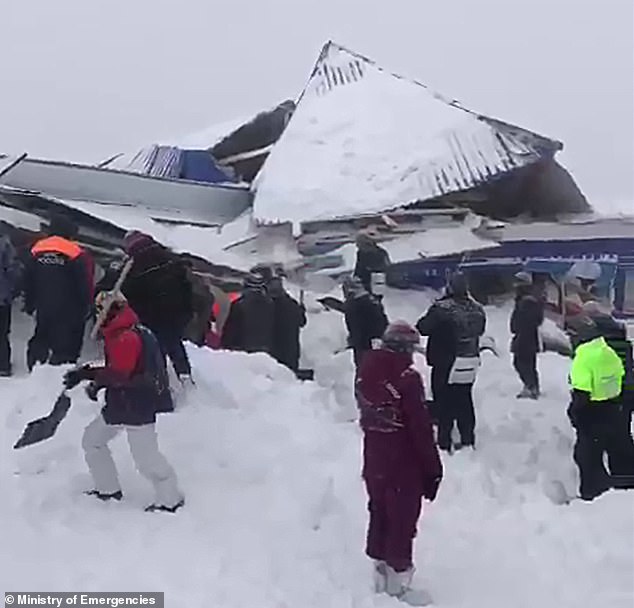 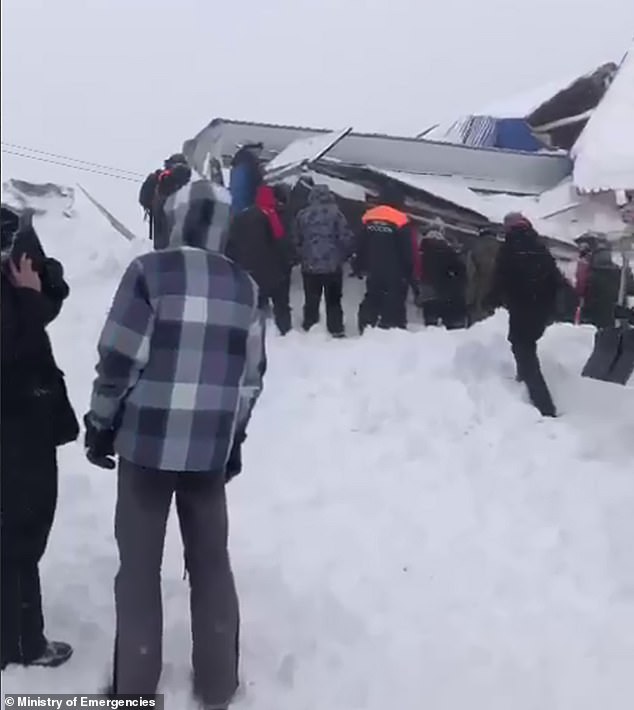 At least six people have been rescued from under the snow, according to local reports

Searchers were told to freeze as they tried to locate where the ring was coming from.

Initial reports said between four and 12 people are feared lost.

Reports said resort staff fired canons to loosen a snow build-up, but instead of crashing into trees as expected an avalanche hit tourist facilities at an area which was supposed to be closed.

‘For some reason, people were on this lift, which was crushed by the avalanche,’ said head of the avalanche service Khizir Chochaev.

An emergency source told TASS: ‘An avalanche hit a piste in Dombay on Mount Mussa-Achitara.

‘Two trailers where the ski equipment is rented found themselves under snow and a café was damaged.

‘According to early reports, there were between four and 12 people there at the time of the avalanche.’