Terrifying moment a bull charges down a street, crashing into a group of friends and forcing a mother to drop her baby

This is the shocking moment a terrified woman drops her baby as a raging bull charges into her and three friends.

Beating drums in the procession for the Hindu saint-poet Sena Nhavi had startled a group of bulls in Pali, a city in the north Indian state of Rajasthan, causing them to stampede.

Organisers of yesterday’s procession are said to be furious and have blamed the city’s officials for not controlling stray cattle. 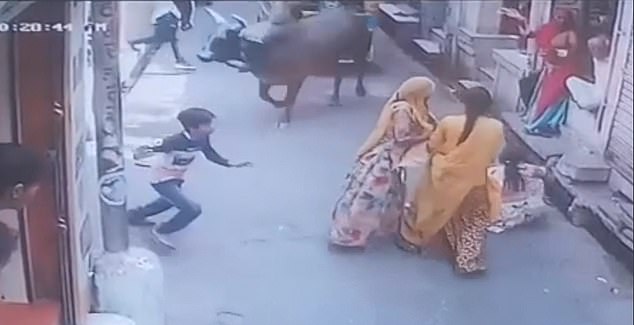 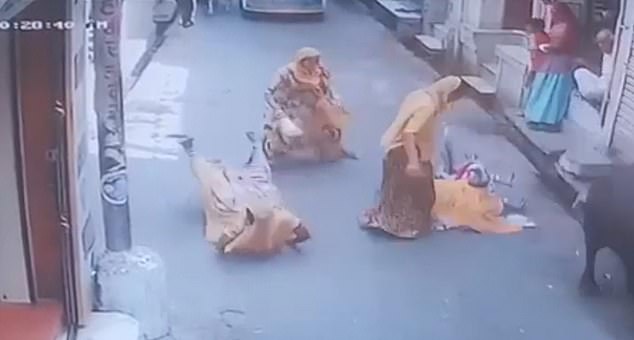 In the CCTV footage, three women wearing orange headscarves are seen walking up to a shop front as a fourth approaches holding a baby.

As they stand talking to a shopkeeper someone is seen running in the background.

Next a rampant bull suddenly charges into them.

Two women are sent flying while the mother drops her baby in the confusion.

Fortunately, the tot’s fall is cushioned by one of the floored women and the mother rushes to scoop the infant up.

According to local media, the rampant bull injured 10 to 12 people during the religious event who were all rushed to a nearby hospital. 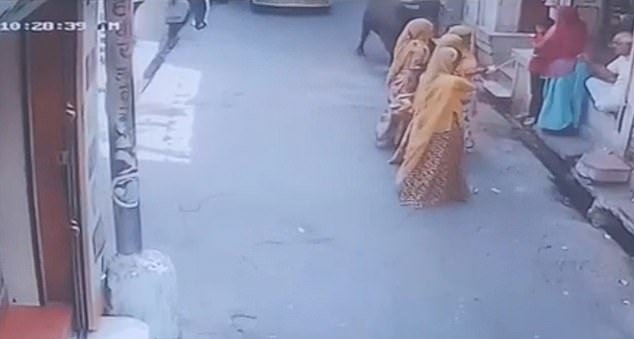 Before the bull struck the four women, dressed in orange, had been talking at a shop. They were in the city of Pali, northern India 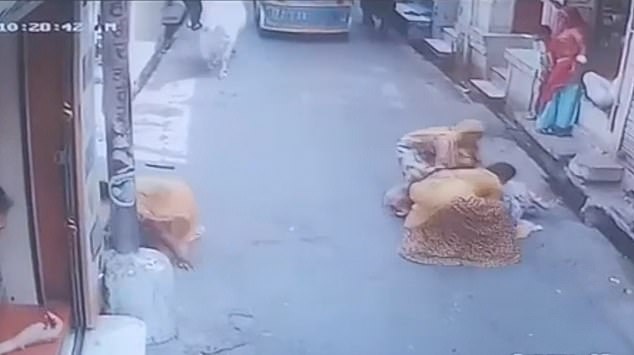 After the bull struck the women helped pick up the baby. It was startled by drums from a nearby Hindu festival

Four of them have remained under care with serious injuries while the others have since been discharged, according to reports.

After the incident, organisers of the procession were said to be furious and blamed local officials for not controlling stray cattle in the city.

It is unclear whether the police are investigating after the bulls went on a stampede on May 1.