The NHS Test and Trace system in England is not ‘fit for purpose, let alone world class’ – NHS Providers has said.

Chris Hopson, chief executive of the body which represents NHS Trusts, said there is an ‘awful lot’ to do to get the service in place for winter.

He said research to be published by the body later this week will show NHS leaders ‘are not particularly confident’ about the system so far. 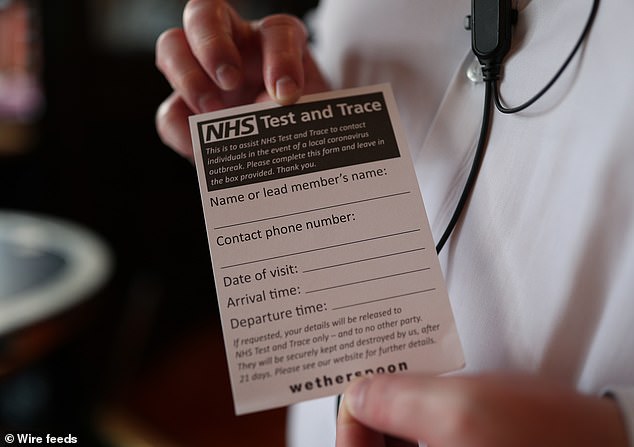 The NHS Test and Trace system in England is not ‘fit for purpose, let alone world class’ – NHS Providers has said

Speaking to the All Party Parliamentary Group on Coronavirus, Mr Hopson said the service should have been set up sooner.

Meanwhile, the number of people entering the system and the number providing contact details need to increase, he said.

And financial support should be in place to ensure that those who are asked to isolate do so, Mr Hopson added.

It comes after officials announced that 6,000 contact tracers would be axed and the national service would become more local.

Officials had faced criticism that they were not tapping into local knowledge to trace contacts of people.

Mr Hopson told the APPG meeting that pledges on testing capacity and locations have not been backed up with plans on how they will be achieved – including testing figures and introducing walk in test centres within 30 minutes walk.

And rapid test turnaround times are key to ensuring that NHS workers can tell the difference between seasonal flu and Covid-19, he added.

‘There is huge amounts of work to be done,’ he told MPs.

‘We are more confident about where are we now (compared to) four or five months ago.

‘But there’s an awful lot that still needs to be done before we can be confident that we’ve got a fit for purpose, let alone world class, test and trace service in place for winter.’ 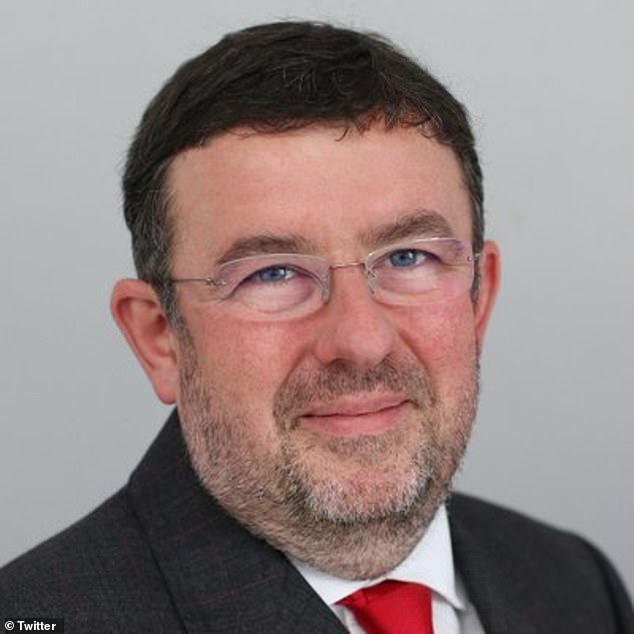 Chris Hopson, chief executive of the body which represents NHS Trusts, said there is an ‘awful lot’ to do to get the service in place for winter

In written evidence submitted to the APPG, NHS Providers said there needed to be improvements in the current test and trace system before it can be called ‘world-class’.

‘And if it’s not, that really is a big problem.’

Commenting on the remarks, Justin Madders, Labour’s shadow health minister, said: ‘We have been warning for months that a relaxation of lockdown measures must go alongside a fully functioning test and trace system. The Government need to listen to the warnings of those working on the frontline and urgently step up work to ensure the system works effectively.

‘It doesn’t need to be ‘world beating’ it just needs to be effective. Ministers should end their reliance on failing private sector companies and support councils to use local expertise and implement targeted test and trace programmes.’

A Government spokesperson said: ‘NHS Test and Trace is working, and local action to tackle outbreaks and keep people safe is a crucial part of the national service.

‘We are rolling out more dedicated ring-fenced teams of contact tracers, who are trained health professionals, to work intensively with health protection teams on a local area and are recruiting more people to work in local public health teams too.’

Ruthe Isden, health influencing programme director at Age UK, said governmental guidance did not make it clear what access to services were safe, and that some older people were refusing domiciliary care in the community because they felt it was too risky having people coming in and out of their home. 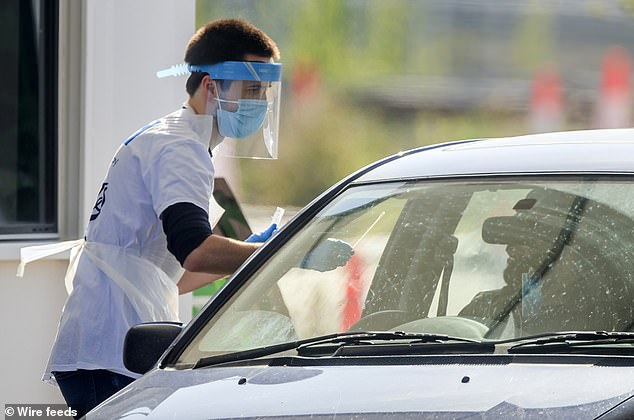 Samples are taken at a coronavirus testing facility in Temple Green Park and Ride, Leeds

‘This has had a broad effect on older people’s mental and physical health, some of which we are only just really starting to understand now,’ Ms Isden said.

‘We are starting to see very important and significant evidence that the impact of lockdown, of ongoing social distancing measures has led to a great deal of what we might say is a deconditioning amongst older people.

‘People are reporting loss of mobility, increased risk of falls, loss of strength and balance, low mood and people dealing with, particularly dementia, a lack of stimulation which has led to significant levels of cognitive decline.’

Morgan Vine, head of policy and influencing at Independent Age, said up to 85,000 people aged 65 and over may have suffered the death of a partner since the start of the Covid-19 lockdown, which is almost one-and-a-half times as many as in the same period in each of the five previous years.

She said many of those will have complex grief in later life, which she described as having similar symptoms to PTSD.

Ms Vine echoed concerns that the guidance for the clinically vulnerable group is unclear, noting terms such as ‘take particular care’ being confusing for people.

She said: ‘We’ve had lots of people get in touch with us who, for example, are in their early 70s, fit and healthy, and think they should be shielding.’

Ms Vine said older people needed bereavement and mental health support, adding: ‘We’re hearing from people who (were) really confident, really fit, really able who are now anxious about going to the town centre, they haven’t been out for such a long time.’