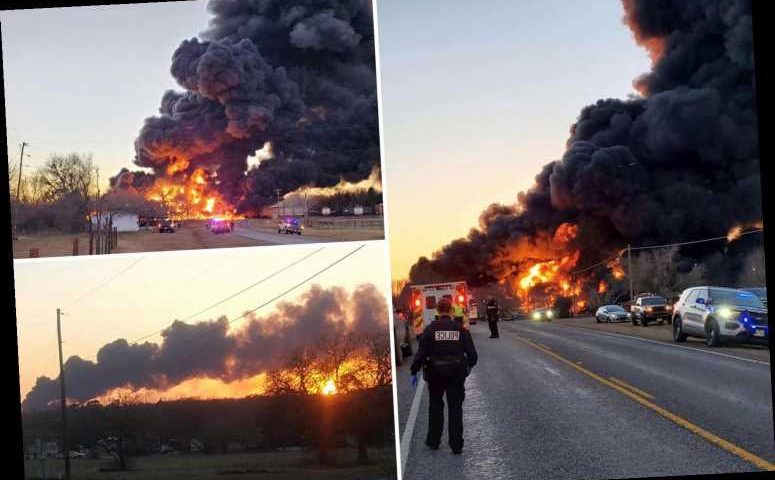 A TEXAS train collided with an 18-wheeler on Tuesday – and it triggered a huge fireball explosion that has been caught on camera. 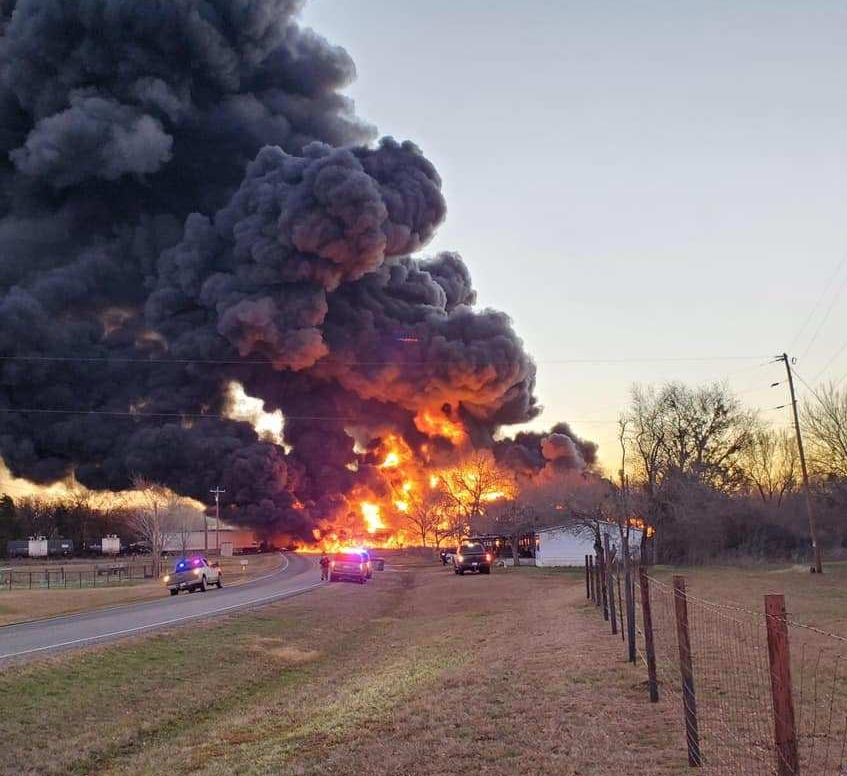 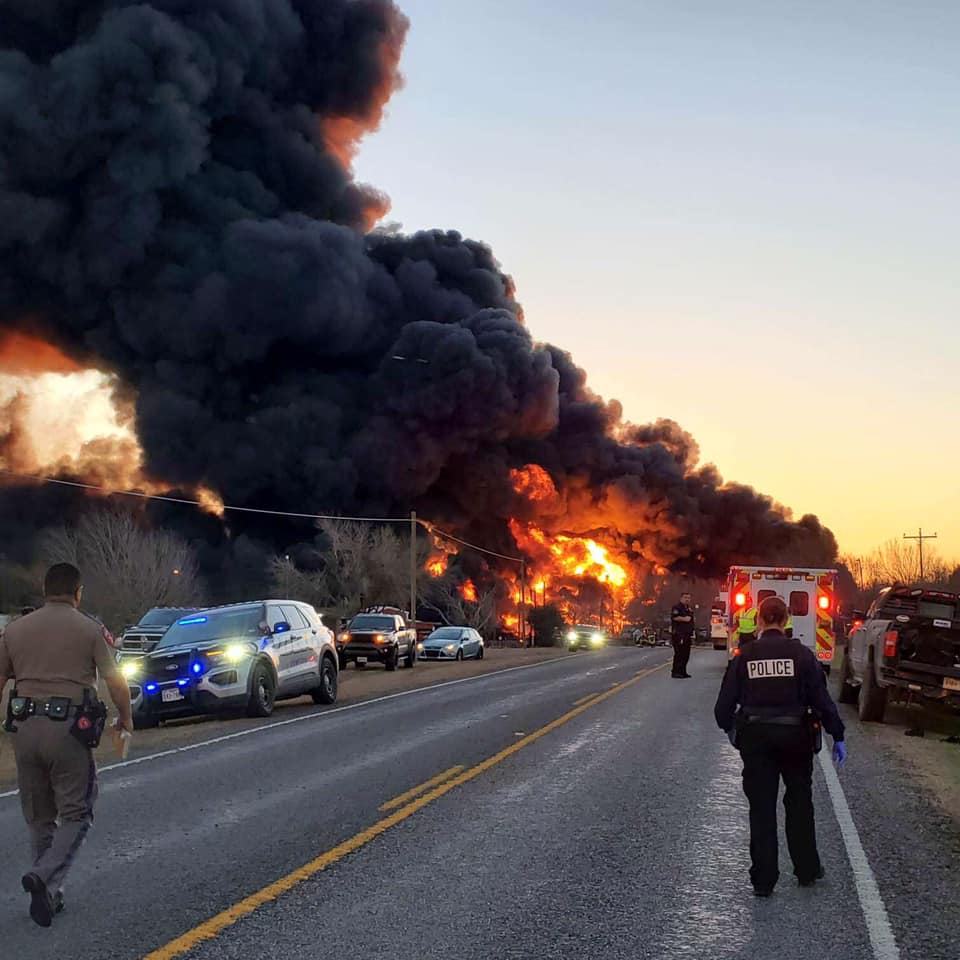 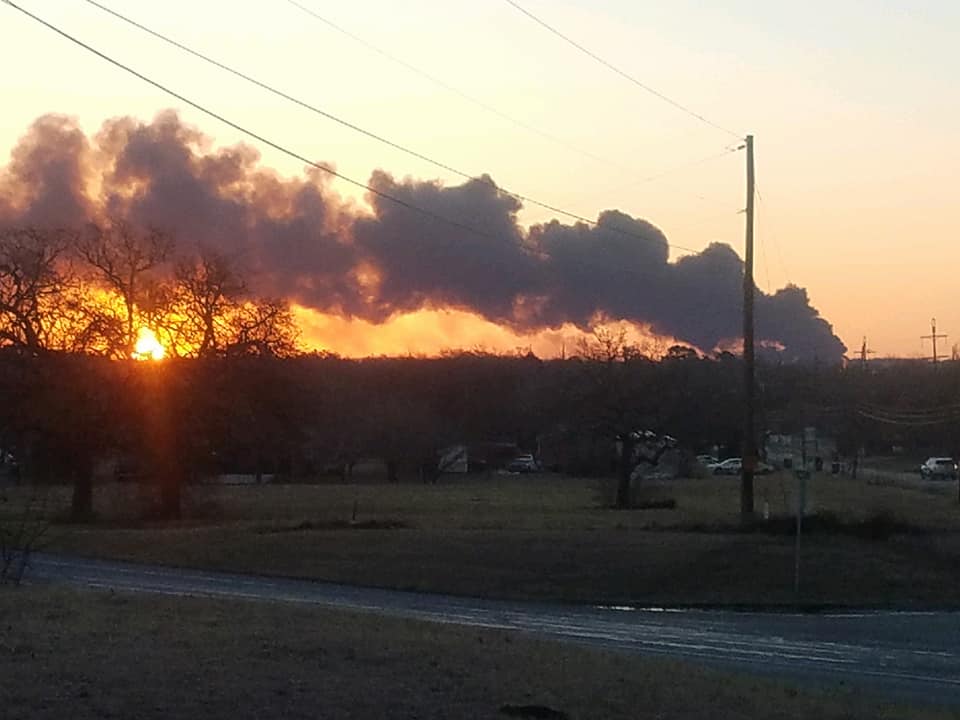 Residents in the local area have been evacuated from their homes and asked to keep away.

Evacuations of businesses and homes continued as crews worked to stop the fire.

The train was reportedly carrying petroleum, however, it was reported shortly after 10am that the College Station Fire Department's Hazmat truck was being sent to the fiery crash. 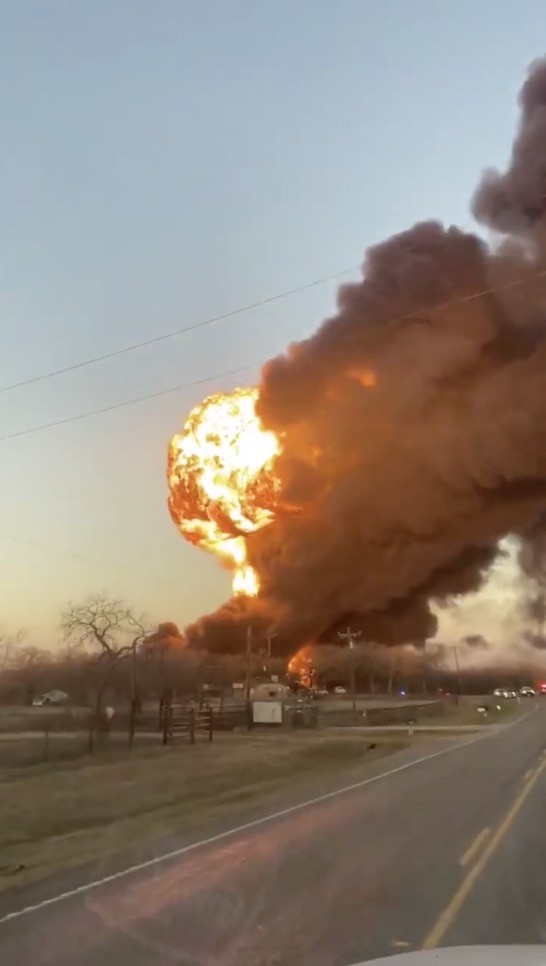 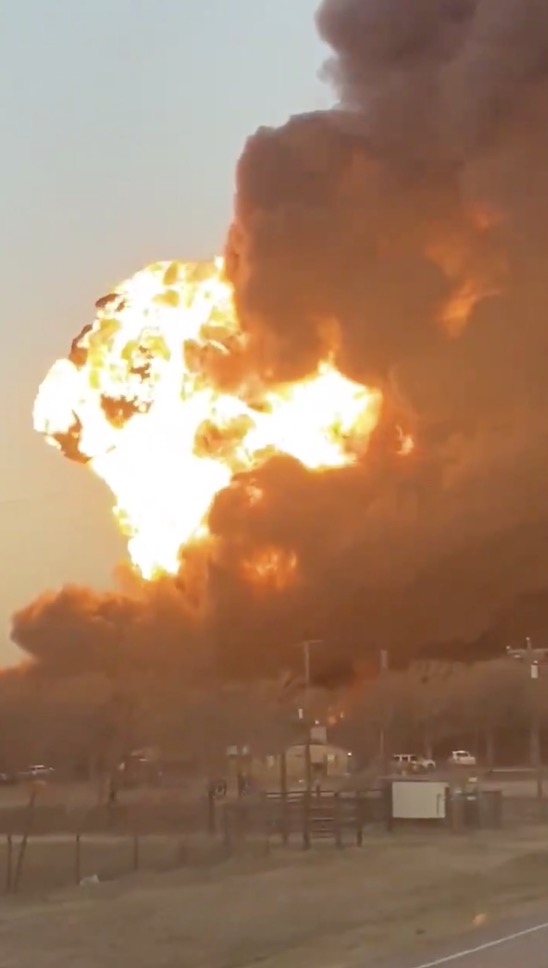 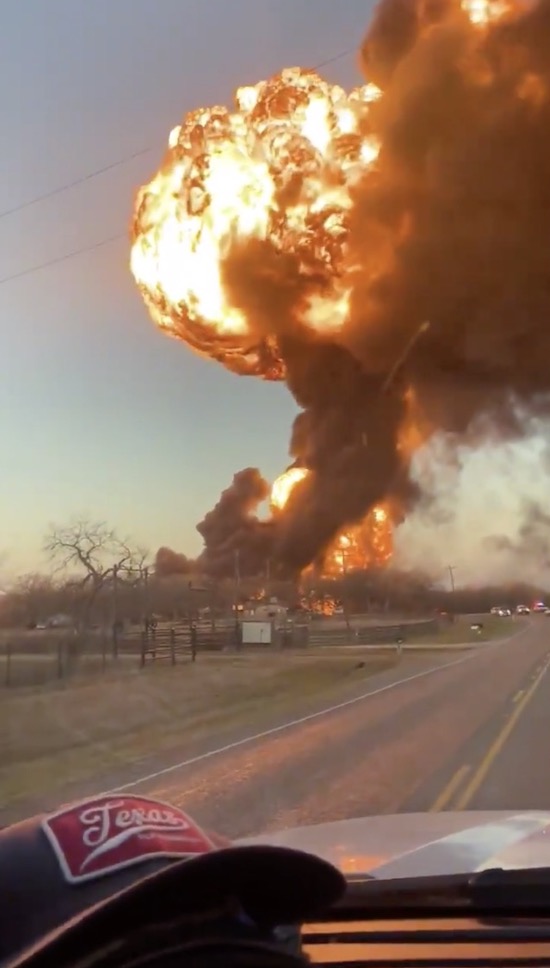 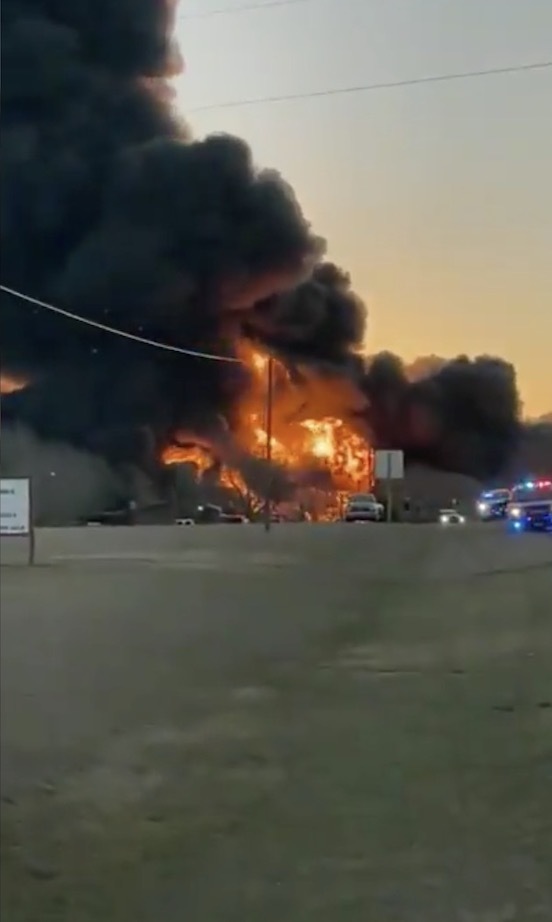 The outlet confirmed that both the train conductor and truck driver both survived.

However, it is unclear if anyone else was injured in the incident.

The Sun contacted the Milam County Sheriff's Office and the Cameron Police Department, but neither could confirm whether there were any injuries by the time of publication.

The explosion took place in Milam County and there is currently no info yet on injuries or casualties, local CBS affiliate KBTX-TV reported.

Sheriff Chris White reportedly took eye-catching video footage from the scene and confirmed there are no reports of chemical hazards. 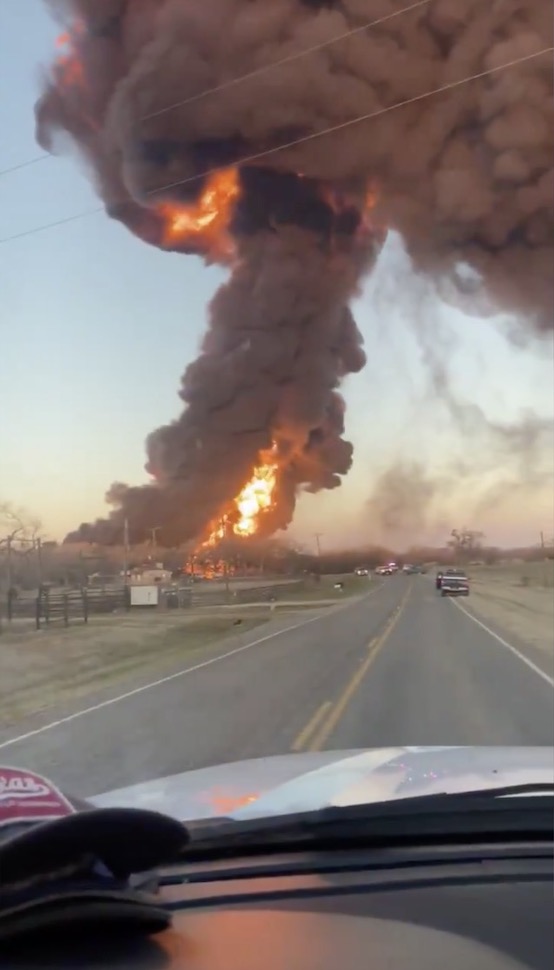 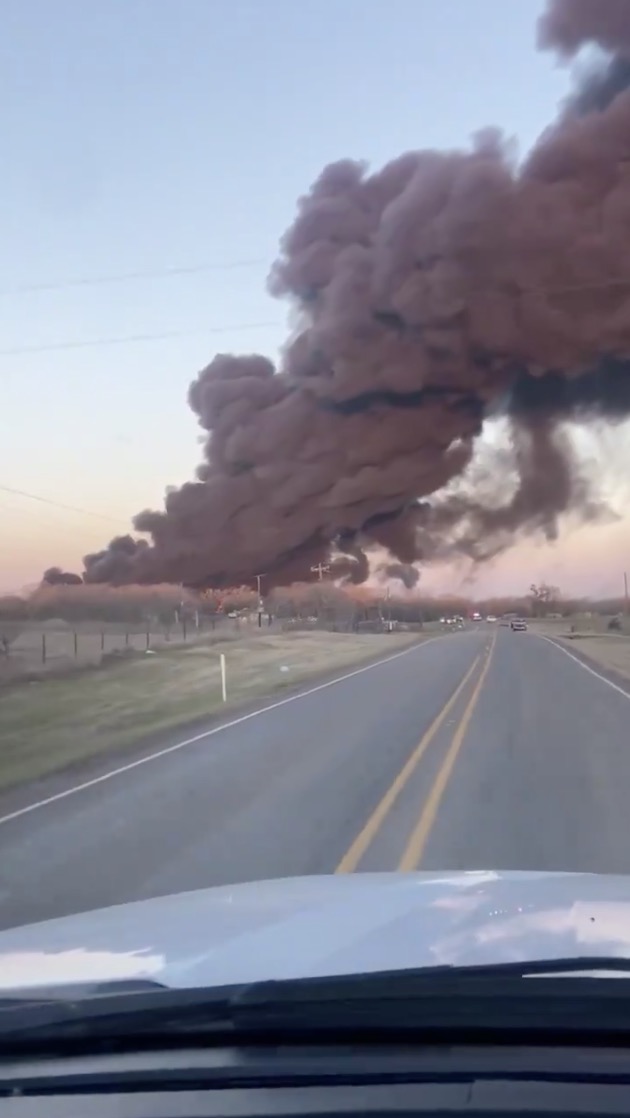 Footage from the scene showed the sun rising as first responders, volunteers with the Cameron Fire Department, and police arrived.

Cell phone video, taken from a car driving up to the scene, captured billowing black smoke filling the air and another fiery explosion.

Moment's later, a passenger in the car is heard saying: "Yo, that's hot. Back up, back up! Dude that's got to be a train."

"Wow, we felt that in the car," the other man is heard saying in the video, which was shared to Twitter.

The Milam County Sheriff's Office have not estimated how long it will take the get the fire under control.

Officials are waiting to let the fire burn before putting it out as its too hot, according to the local ABC affiliate.

The news outlet also learned that around 13 to 15 train cars were carrying coal, fuel, and rocks.

The crash – which prompted tank cards to flip over and burn – took place before 7am, Milam County Judge Steve Young reportedly said.

Police were said to have first received word of the crash at approximately 6.45am.

Young revealed that a "pretty good size” of the area was being evacuated.