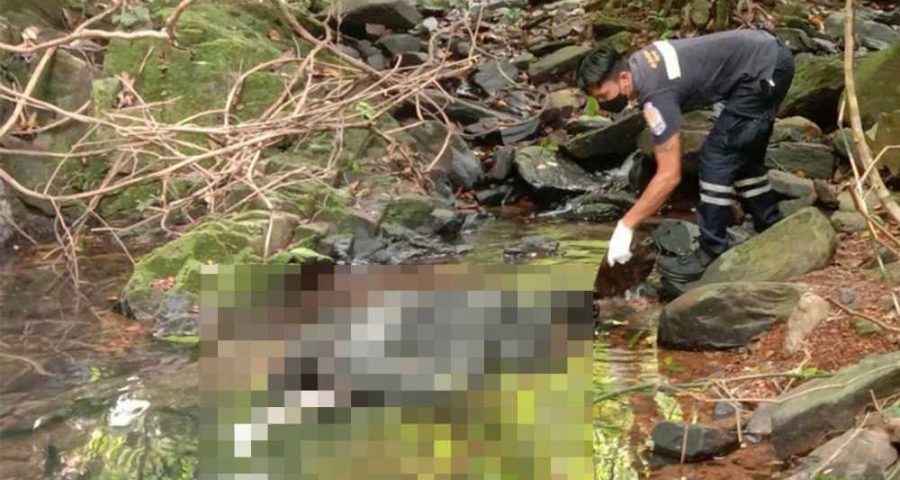 A year after taboo on Thai king broken, 103 face jail for royal insult

This is bananas! Monkey gangs return to terrorize Thailand streets

A Thai man has been busted in the slaying of a Swiss tourist whose body was found on the resort destination of Phuket, police said.

Teerawat Thothip, 27, was charged Sunday with the murder of 57-year-old Nicole Sauvain-Weisskopf near a waterfall on the south side of the island, the Sydney Morning Herald reported.

“I would like to apologize to the tourist’s family and beg all Thais to excuse me,” he said at a press conference. “I did not mean to kill her.”

Sauvain-Weisskopf had been visiting the island under a new tourism campaign that allows fully vaccinated travelers to come without having to quarantine as long as they remain on there for two weeks.

She encountered Thothip near a waterfall Thursday as he was retrieving fruits, police said.

Thothip, who was unemployed due to the COVID-19 pandemic, tried to steal her backpack, but she died in a struggle when he placed her in a headlock, police said.

“He found 300 baht ($9) in her bag and used it to buy drugs, drinks and phone repairs,” Nanthadet Yoinuan, deputy provincial police chief said.

After he was taken into custody and questioned, Thothip admitted to attacking the victim, Nanthadet said.

“The cause of death has yet to be confirmed and autopsy has yet to be released,” Krisana Pattanacharoen, a deputy police spokesman, said.