ARTHUR EDWARDS was just a tot when his parents tied a luggage label to his coat and sent him 200 miles away to Devon by train.

A Nazi bombing raid had destroyed his family home in London’s East End, and The Sun’s ­legendary royal snapper did not see his mother again for nearly two years after he was forced to flee. 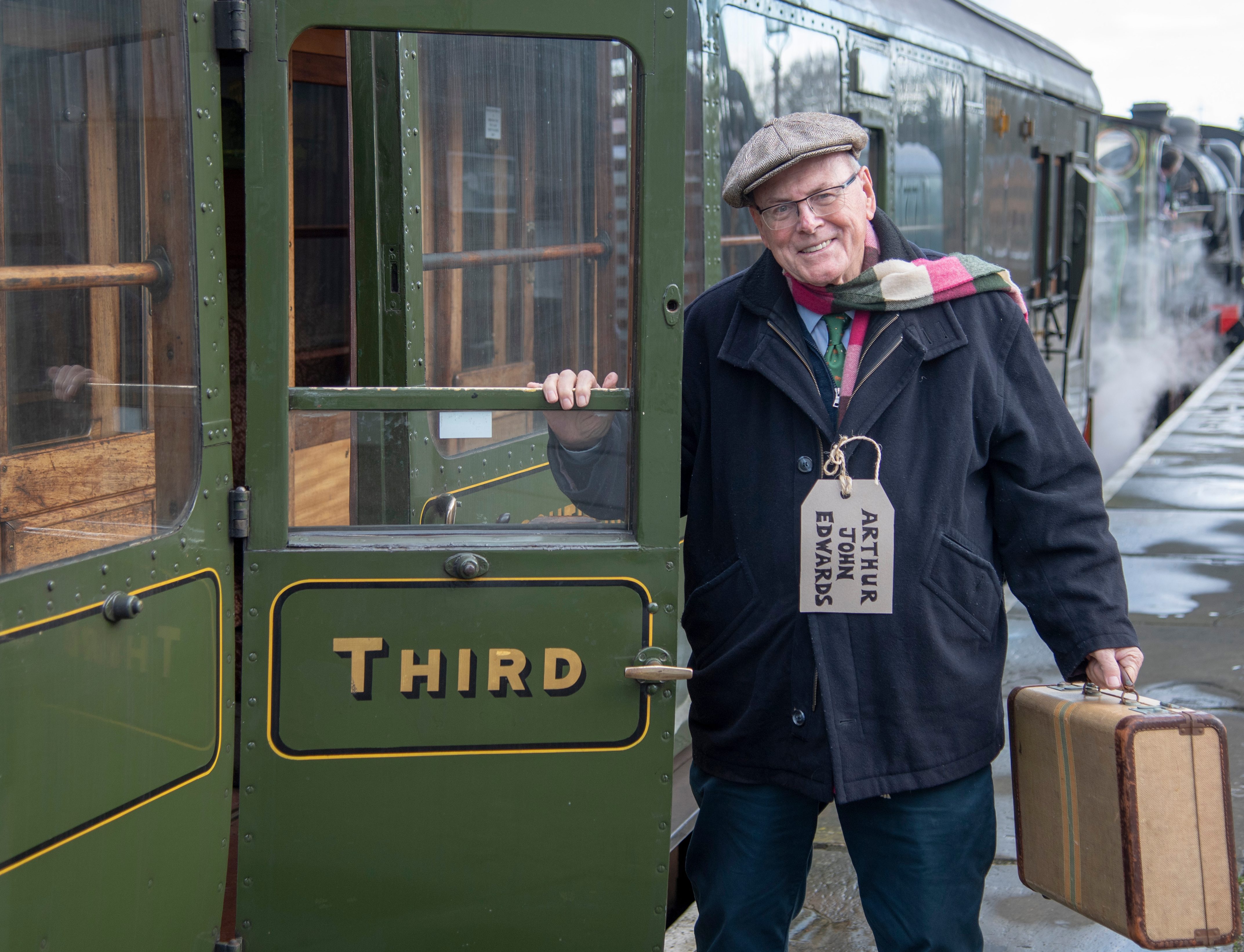 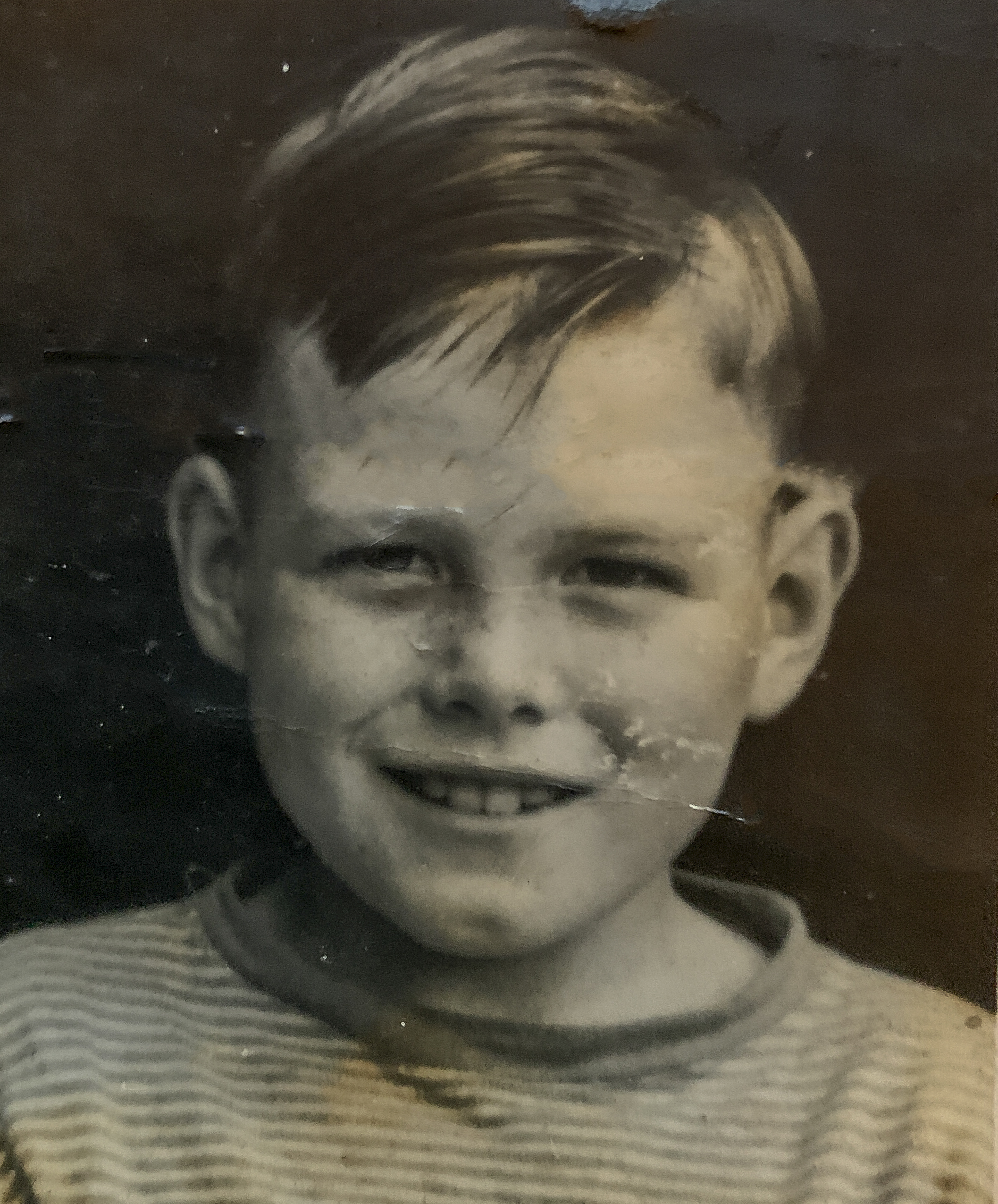 He was one of nearly 2million British children evacuated during World War Two.

Now, to celebrate the 75th anniversary of VE Day — the day the war in Europe ended on May 8 1945 — the Royal British Legion wants evacuees like Arthur to take part in the celebrations.

And Arthur, now 79, has recreated his emotional homecoming by train to mark the occasion, this time on the Bluebell Railway at Sheffield Park station in East Sussex, which holds evacuee theme days.

Young Arthur had spent his days with dozens of other ­toddlers from London at a war ­nursery in a converted country house on the edge of Bideford, Devon.

The market town near Barnstaple took in 7,000 child evacuees.

Many, like Arthur, had been bombed out of their homes in ­London’s East End.

NIGHT AFTER NIGHT PEOPLE WERE BEING BLOWN APART

Others were young orphans whose parents had been killed in the Blitz.

While Arthur was sent to Devon, he was split up from his younger brother, David, who was evacuated to Sherborne, Dorset.

During the nearly two years the Sun man spent in Bideford, Arthur’s dad — also called Arthur — was only able to visit him once  — and without his mum, Dorothy.

At the time, the authorities believed children would settle in better if they were separated from their siblings, and they rarely got to see their parents.

Arthur says: “I was born in August 1940 and a month later the Blitz started.

“Our house was four streets from the docks and the Germans were bombing East London nearly every night.

“During The Blitz we went down to the Anderson shelter Dad and his brothers had built in the garden.

“You heard the air raid siren, went down the shelter and when the ‘all-clear’ sounded you went straight to see if your house was still standing and if your neighbours were still there.

“Then one night, we came out of the shelter and our house had gone, blown to smithereens. 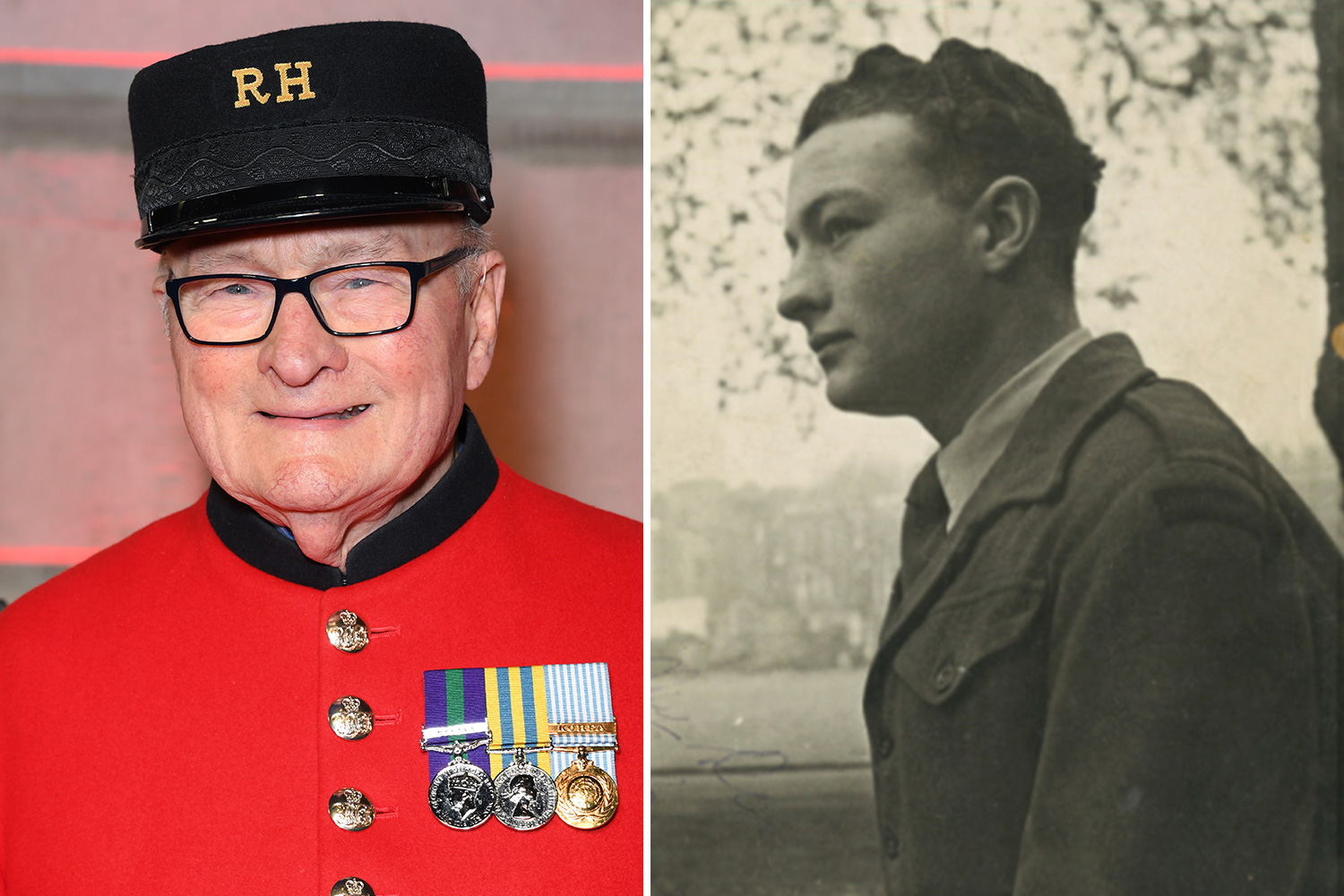 BRITAIN’S Got Talent winner Colin Thackery was ten when he was evacuated from London – to live with a family in Luton.

But he hated the countryside and ran away after three weeks, jumping aboard lorries heading toward the capital.

Chelsea Pensioner Colin, 89, who served in the Korean War, says: “It took three days to get home. My mother was a bit shocked to see me. I told her, ‘If you send me away again I will just keep coming back’.”

Colin, who marks his 90th birthday on March 9 with a performance at London’s Cadogan Hall,  is expected to be singing at the VE Day celebrations on May 8.

Colin says of VE Day: “Everybody threw their inhibitions to the wind – people having too much to drink, singing and dancing. Without exception, everybody celebrated.”

“Suddenly we were homeless and we went to live with my dad’s mother in Dagenham, which wasn’t far away and was being bombed as well.”

By this time it was too dangerous to keep kids in London.

Arthur continued: “If we’d stayed in East London I probably wouldn’t be alive today. Thank goodness they had the sense to send us away.

“I’ve always thought it must have been the hardest decision my parents ever made because they didn’t know where we were going or what would happen to us.

“They had to take me to the station, hand me over to a stranger and pray that I would be well looked after.

“I don’t remember anything about going there or even arriving. 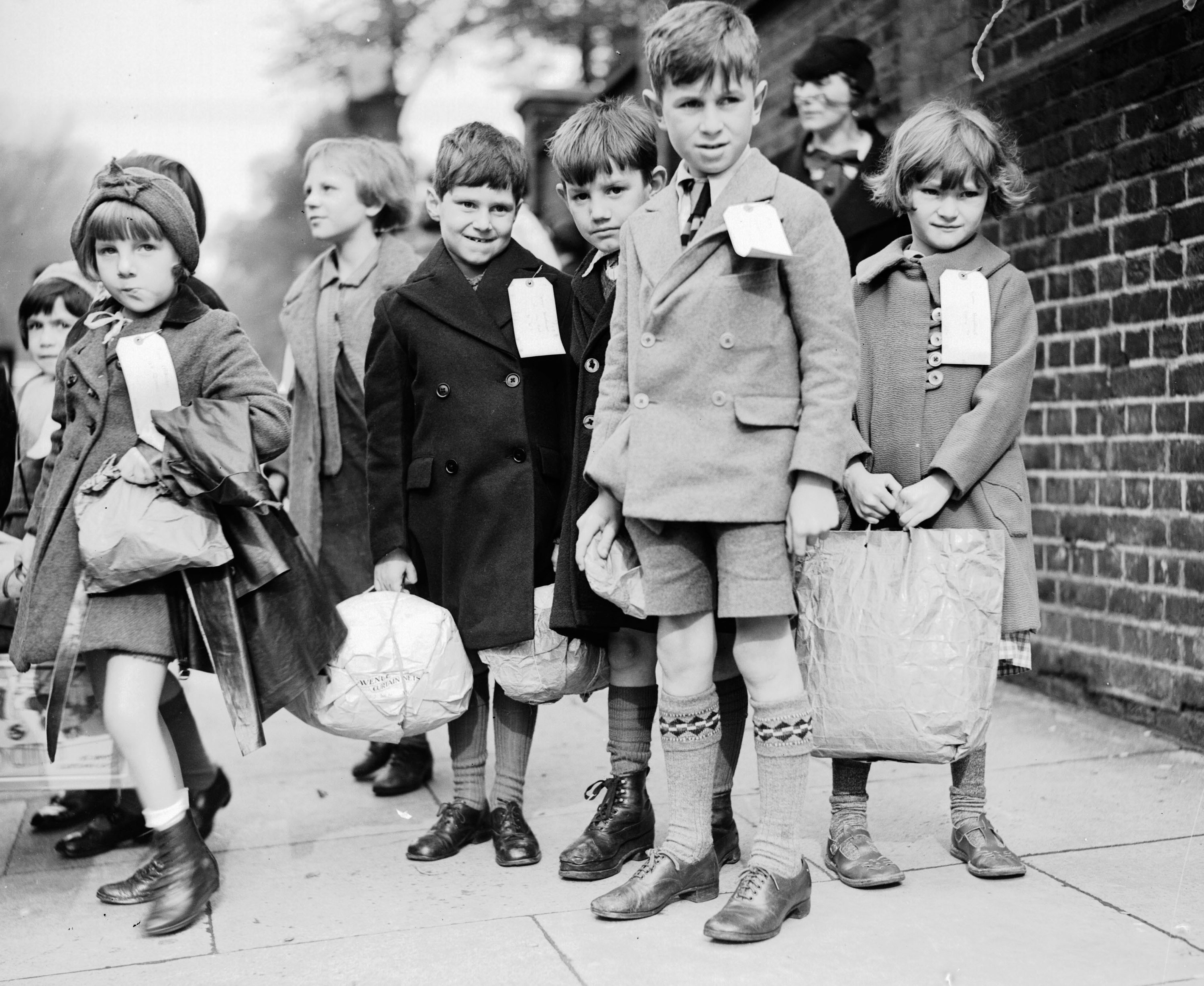 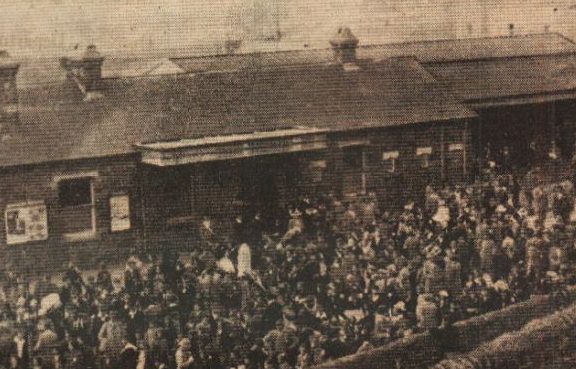 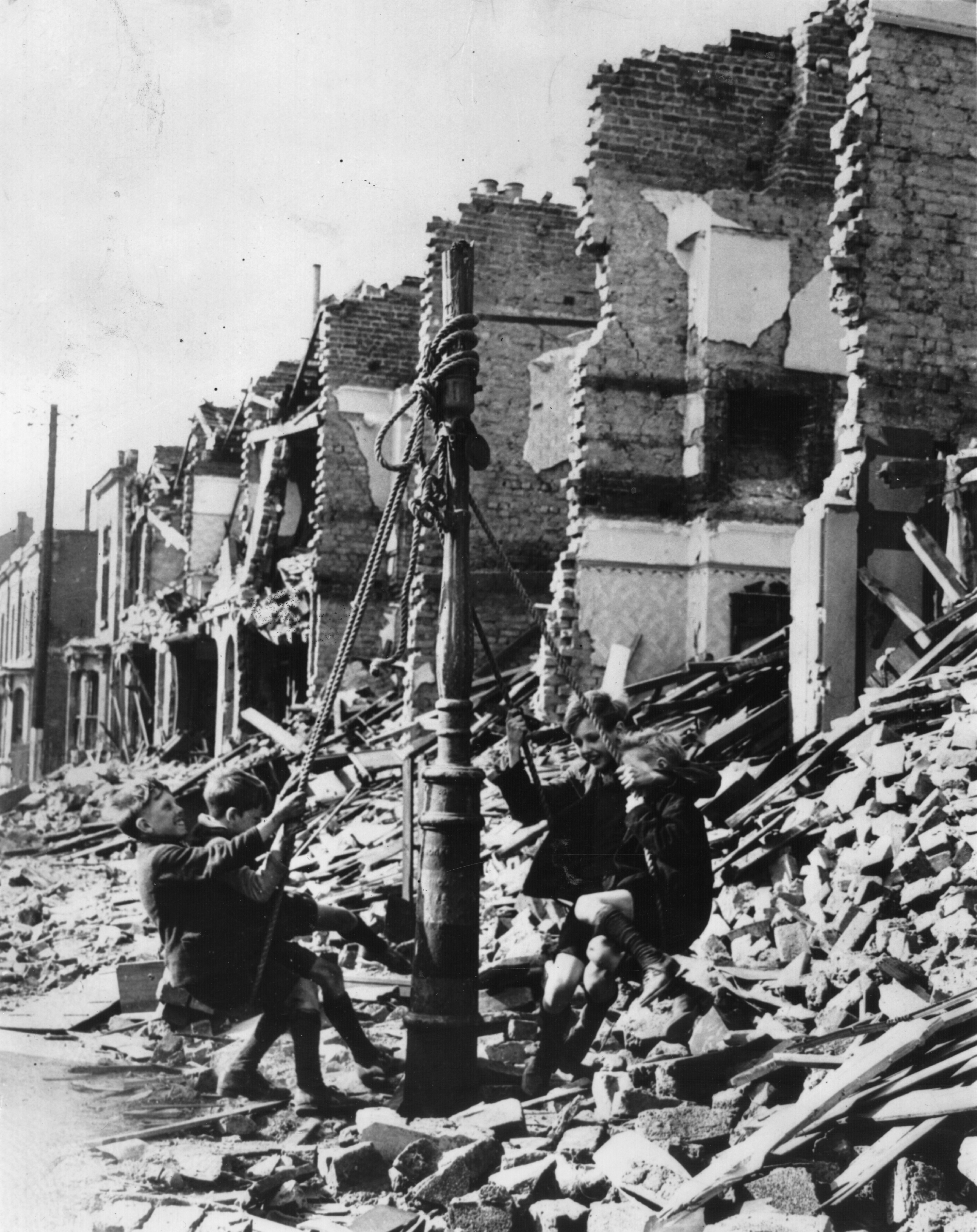 “While many kids were billeted with families, because I was under school age I was sent to a big house which was converted into dormitories where we slept in cots and we had our meals at little tables.

“We were well looked after, with plenty of food, and we went walking each day in the countryside on farm tracks.”

He added: “Now I could kick myself because my parents are gone and I never thought to ask them about it.”

Records were only kept of school-age evacuees but research by The Sun has revealed that Arthur was most probably billeted at Carleton House War Nursery, a converted country mansion surrounded by fields at Westward Ho!, on the outskirts of Bideford where dozens of toddlers stayed.

One of Arthur’s most powerful early memories is of the only day his truck-driver dad visited him at the home in Bideford.

Arthur recalls: “I was in bed when he arrived so he must have come down in his lorry and he brought this toy for me that he had made in his workshop. It was a little lorry. 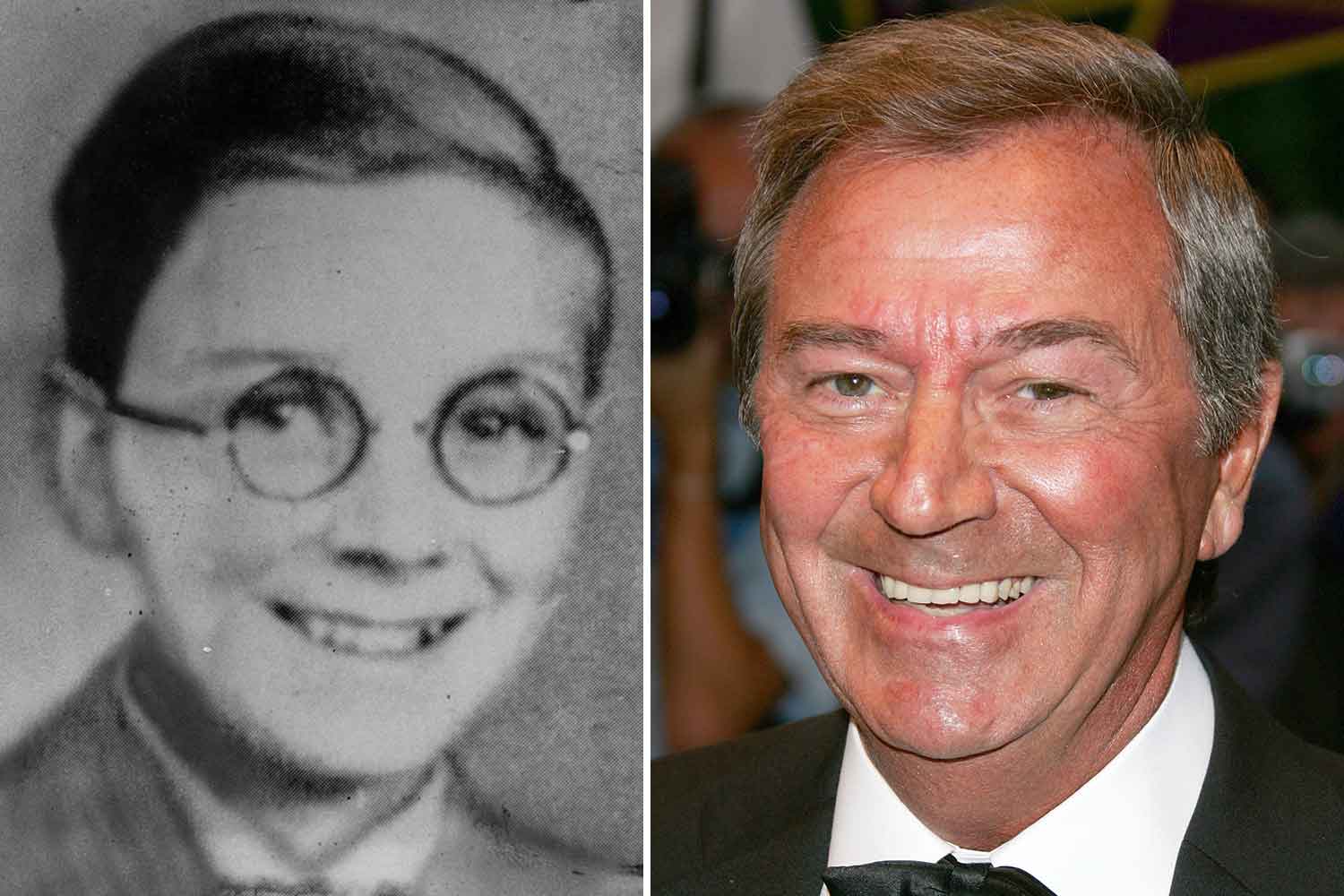 SINGER and comic Des O’Connor was evacuated to Brighton – where he ended up with a family who illegally took in 12 evacuees.

No one was meant to have more than three children but the host family, the Blacks, cashed in by swindling the authorities. In his memoirs Des, now 88, recalls how he hated “bath night”, when a  dozen boys had to “take it in turns to get into a tin bath” in front of a fire.

He fled but was  taken back to the house, where he was  confined to the attic for a week with chicken pox – no doctor being called.

Luckily, Des’s dad arrived to take him home after having a “premonition”. The star says: “At first, the Blacks refused, but Dad said: ‘Perhaps we should ring the council and they can check out the refugee camp you seem to be running.’ That night there was a joyful reunion with Mum, Dad and my sister Pat.”

MY MUM NEVER HAD THE ARE TO COME AND SEE ME

“He was doing essential war work, driving round all the Army camps distributing supplies. It was a tough old life.

“He used to go to Scotland in cranky old lorries with no power steering, automatic gearboxes or heating. There were no road signs to find places.

“His health never really recovered from all that miserable long driving. Other mothers used to come but mine didn’t.

“My mum’s sister told me later that Mum never had the money for the fare to go down to Devon to see me.

“You can’t imagine that happening today with the welfare state.”

But Arthur clearly remembers travelling home in June 1945  on a slow train packed with hundreds of children.

He says: “It was the only traumatic day I recall.

“The journey seemed to go on for ever but at Paddington Station I immediately recognised my dad — he was waiting for me in the crowd on the platform.

“A lady in a uniform  — she must have been in the WVS [Women’s Voluntary Service] or Salvation Army — just handed me over to my dad.

“I don’t even remember any of the detail, whether she asked for identity but I found Dad straight away and he gave me a little smile.

“By now he was the foreman of the transport company and had a little Ford Popular car.

“Driving home from Paddington to Commercial Road, Stepney, where we were now living, a cat ran across the road and he braked suddenly.

“There were no seat belts on cars then and I flew forward and bashed my face on the dashboard.

“We went into our house and Mum was in the garden with a baby in her arms — my new sister, Pat. Then she spotted my black eye. She immediately thought someone had clouted me on the train. “My little brother David wasn’t there yet.

“He was still on his way home from Dorset. Not long after that, we lost our little sister. Mum and Dad kept it from us. They said she wasn’t very well and had gone away.

“I remember David cuddling up to my mum and saying, ‘Well, I’m your little baby now.’ He was still only three and had already been through so much.”

At 15 Arthur left St Bernard’s RC School, Stepney, to work as a darkroom assistant before landing a job as an assistant to top fashion snapper John French.

After a spell on local newspapers in East London he joined The Sun in 1975 and enjoyed a glittering career that saw him travelling the world. 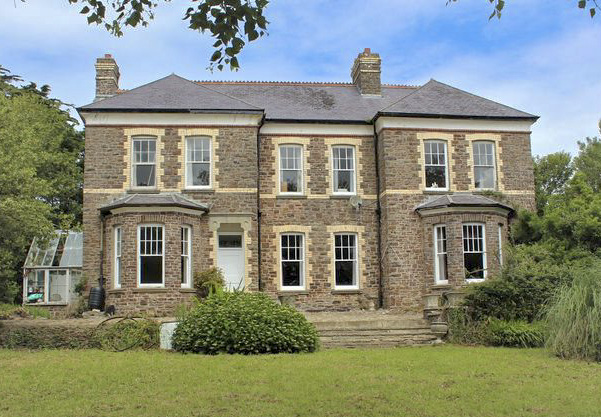 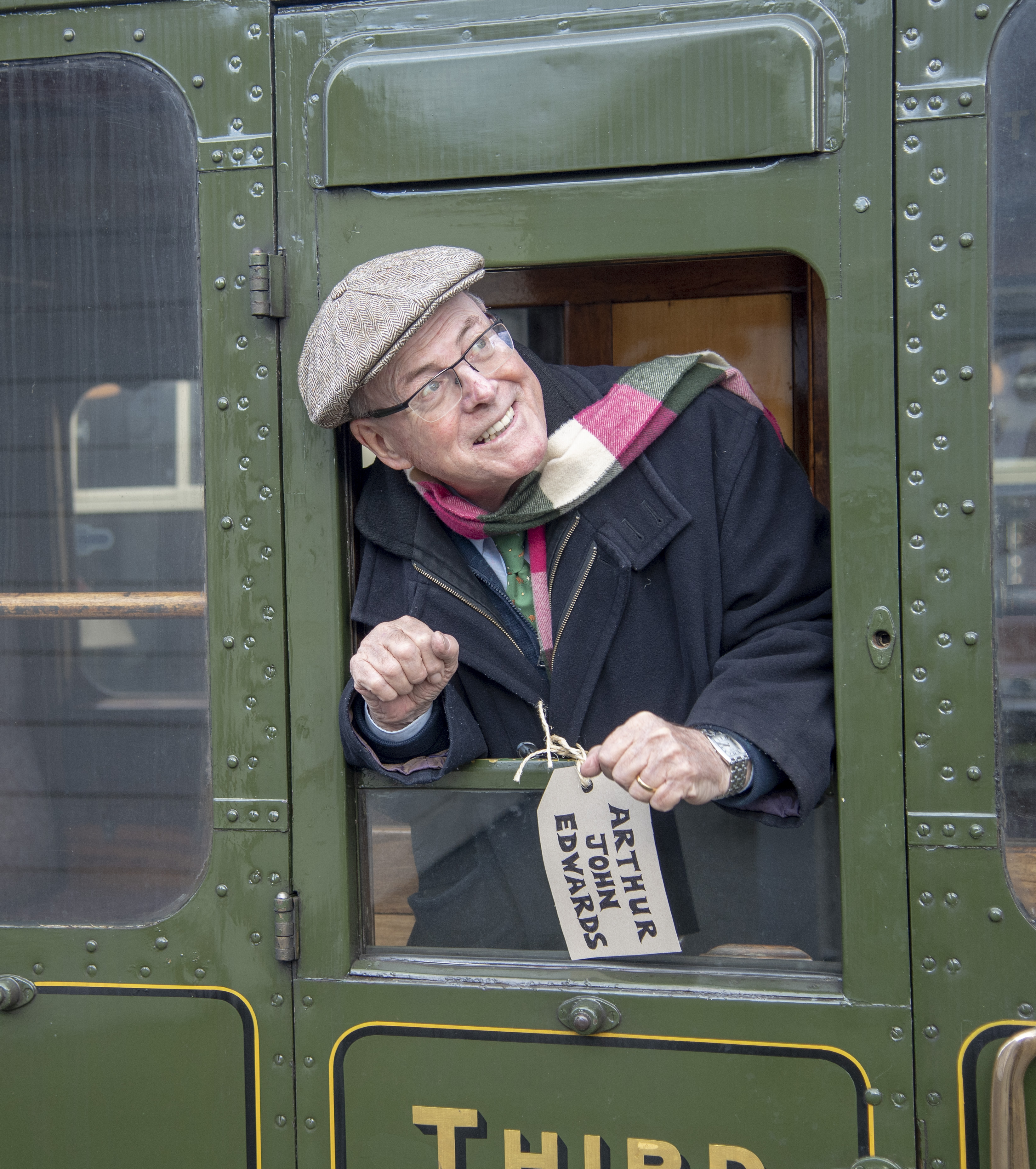 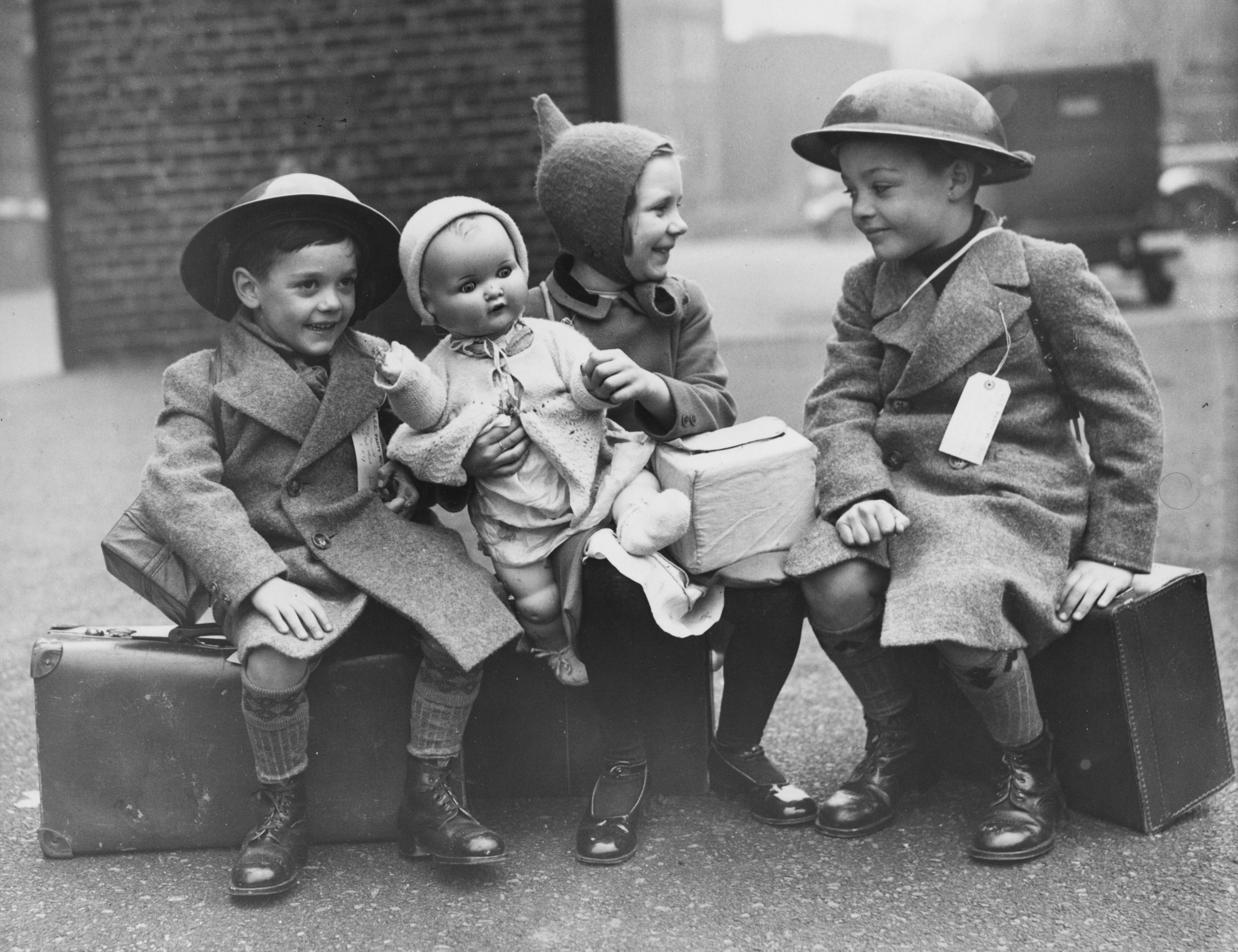 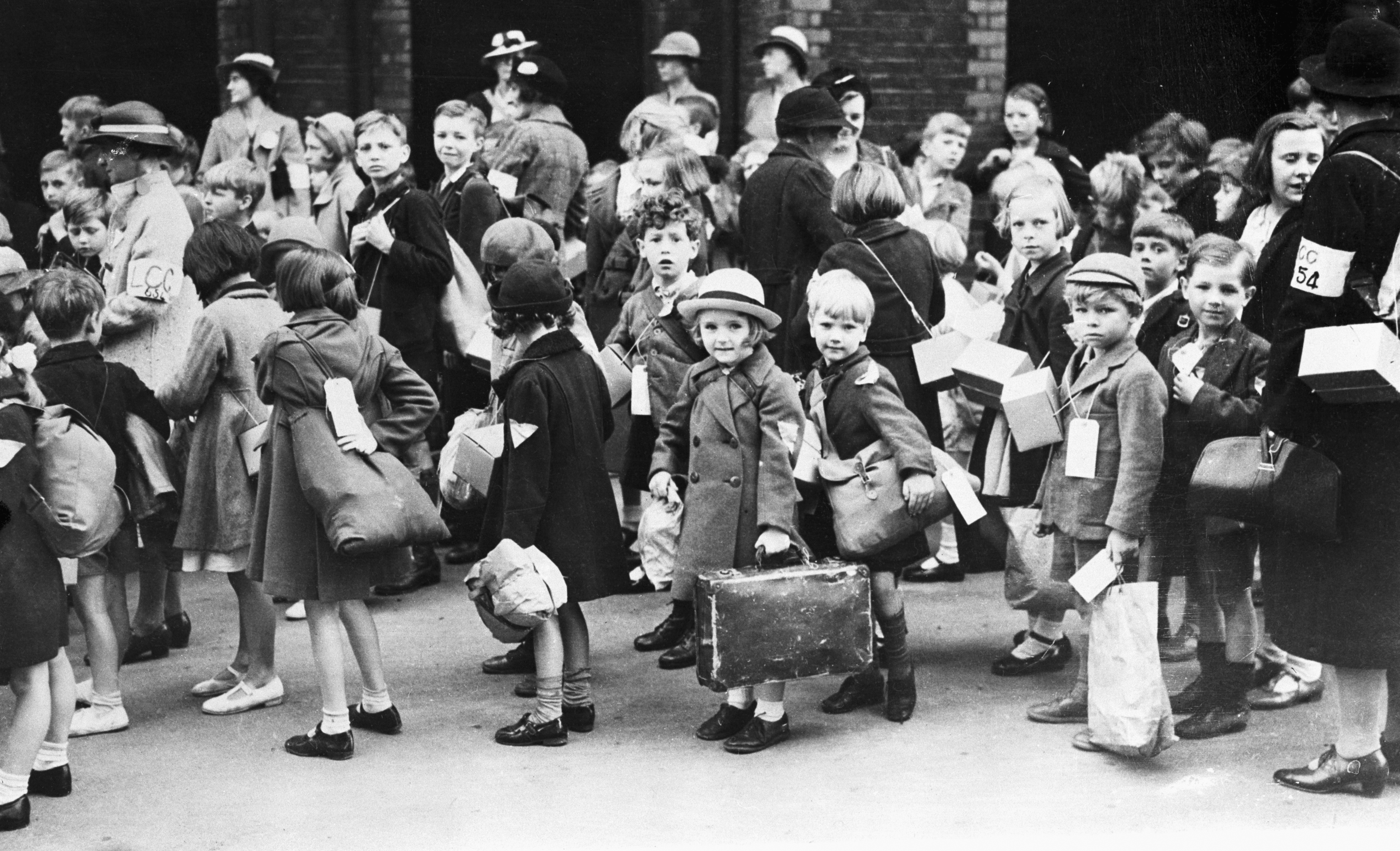 IN the wake of hosting last year’s historic D-Day voyage, the Royal British Legion is offering 750 people from the World War  Two generation a FREE weekend in London to take part in the official VE Day celebrations.

Anyone who served or lived during the conflict from September 1939 to May 1945 can put their name down for the trip to the capital to mark the 75th anniversary. 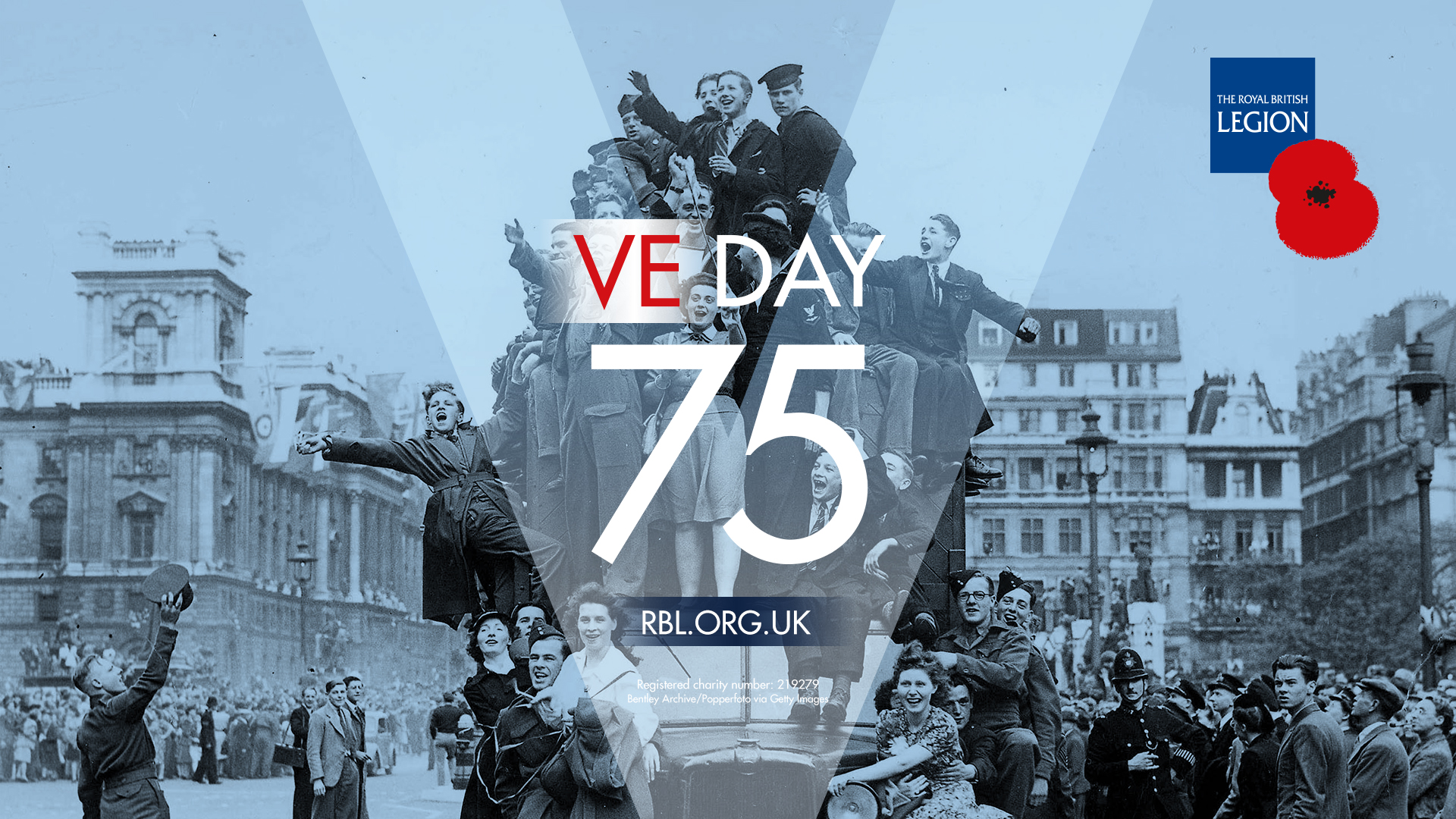 Britain’s biggest Armed Forces charity will pay for the 750 to travel by train with a companion to the capital and stay for three nights at the Hard Rock Hotel near Marble Arch. During VE Day weekend you will take part in official events to mark the end of the war in Europe, including a parade in the Mall and a massive tea dance.

A British Legion spokesman said: “We’re encouraging applications from all of those who contributed to victory in Europe 75 years ago, including spouses and civilians from reserved occupations across the UK and Commonwealth.”

Maybe you served with the Home Guard, ARP or Fire Service, were a Land Girl or a Bevin Boy or had a reserved occupation.  War-time evacuees can also apply for a place.

The 750 people chosen – and their plus one – will enjoy a free three-night stay in the hotel so they can attend official events to mark the end of the six-year conflict.

There will be two days of VE 75 celebrations, beginning on Friday, May 8, which has been declared a bank holiday.

You can nominate a family member or enter your name for the Royal British Legion trip if you served in the European Theatre between 1939 and 1945, including the Mediterranean, African or Middle East campaigns.

It is also open to Dominion and Empire forces, the Polish Army of the West and the French Resistance, as well as the spouses of those who served.

The ballot closes on Monday, March 2. For more details or to apply, visit: www.britishlegion.org.uk/veday75