Meet the new jet set: Once the preserve of the rich and famous, the coronavirus pandemic has led to a dramatic rise in ordinary British holidaymakers escaping to the sun on private planes… with champagne, lavish cuisine and deep-pile carpets included

No queues, delays or the horror of being seated next to a ghastly stranger — small wonder that flying privately has long been the preferred way for film stars and the filthy rich to travel.

But this summer demand for private jets has also soared among ‘ordinary’, albeit still relatively well-off, passengers seeking to avoid crowded planes and airports during the pandemic.

You might think it’s completely out of your budget but, in fact, there are little known ways to make private air travel more affordable than it may seem.

From now on, It’s the only way I’ll fly to Europe

Jason Cunningham, 33, is a property developer and lives in the Cotswolds with his girlfriend Charlie, 28, a sales executive for Range Rover. He says:

Last month, I paid £13,500 for a private jet to take Charlie and me to and from Mallorca for an 11-day holiday in a secluded villa, and it was worth every hard-earned penny.

I booked it in June because we were desperate to escape when lockdown was eased, but Covid meant our priority was avoiding crowded airports and planes. A jet would be the safest and most stress-free option. We turned up at Stansted airport just ten minutes before the flight time, and you even get to park for free right outside the private terminal. Inside, we were shown to a private waiting area where our passports were checked before we boarded the eight-seater plane. 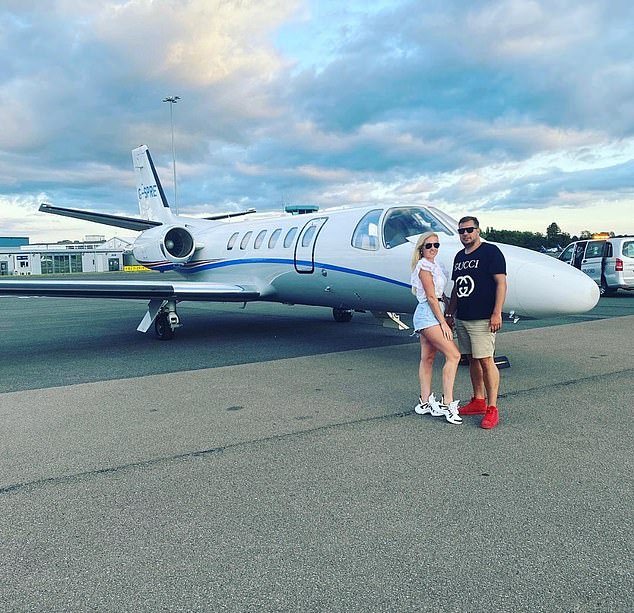 Jason Cunningham (man pictured), 33, is a property developer and lives in the Cotswolds with his girlfriend Charlie, 28, a sales executive for Range Rover

To save money, I booked what are known as ‘dead legs’ for both flights, which is when the plane has to fly empty either after dropping off a client or going to collect one. It’s cheaper because the jet is flying that route anyway, otherwise the round trip to Mallorca would have cost us around £25,000 return. You might not get control over the day you fly, but you still get some say in the timing.

Our jet was going to Palma to pick up a client, so it cost £6,000 for both of us outbound, while the inbound flight to the UK was £7,500 total as the jet flew on to us from Ibiza, where it had taken some VIPs.

On board it was as luxurious as you’d imagine with thick carpets, squishy seats and whatever food and drink you like. 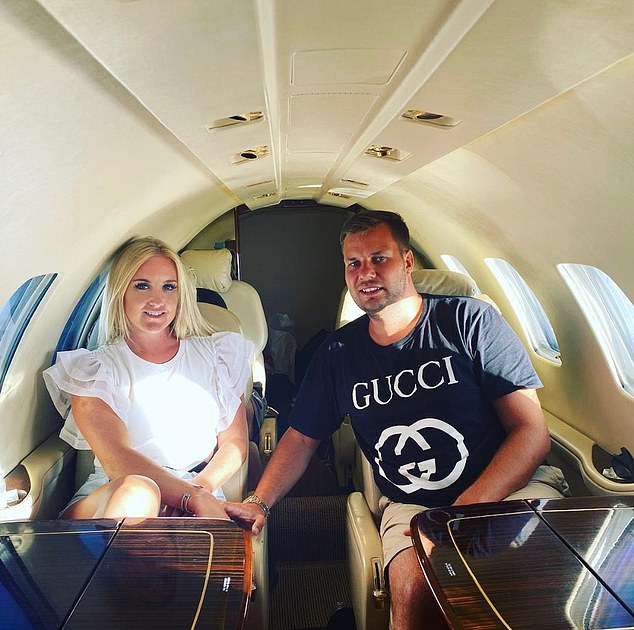 Jason spent £13,500 for a private jet to go to Mallorca for an 11-day holiday in a secluded villa

You simply pre-order it with the jet company, whether it’s fillet steak or your favourite M&S chicken sandwiches. Because our flight time was less than two-and-a-half hours, we had beer, champagne and nibbles.

We chose to fly home at 6pm. It meant we could hang out at our villa then have lunch in the old town in Palma before arriving at the private area of the main airport at 5.30pm. There was no arriving two hours early to check in our bags, then queuing for security and to get on the plane.

I did book a last-minute holiday to Crete earlier this month, flying with a no-frills airline. But with no social-distancing measures in place, plus hours of queuing, I regretted it before I’d even boarded the plane and have vowed that I’ll only ever fly to Europe by private jet from now on!

Two pampered pets were on board, too

Barbara Jones, 41, is single, lives in London and works in marketing in the motor industry. She says:

Sinking into the plush leather reclining seat on a private jet bound for Ibiza earlier this month was a surreal experience.

But there are times in life when luxury is called for and after all the stresses of lockdown this was one of them. Eager to escape for a week, a good friend and I decided to treat ourselves to a week’s holiday but would never have contemplated being able to fly private. That was until an advert for a company called aero.com popped up on my social media. 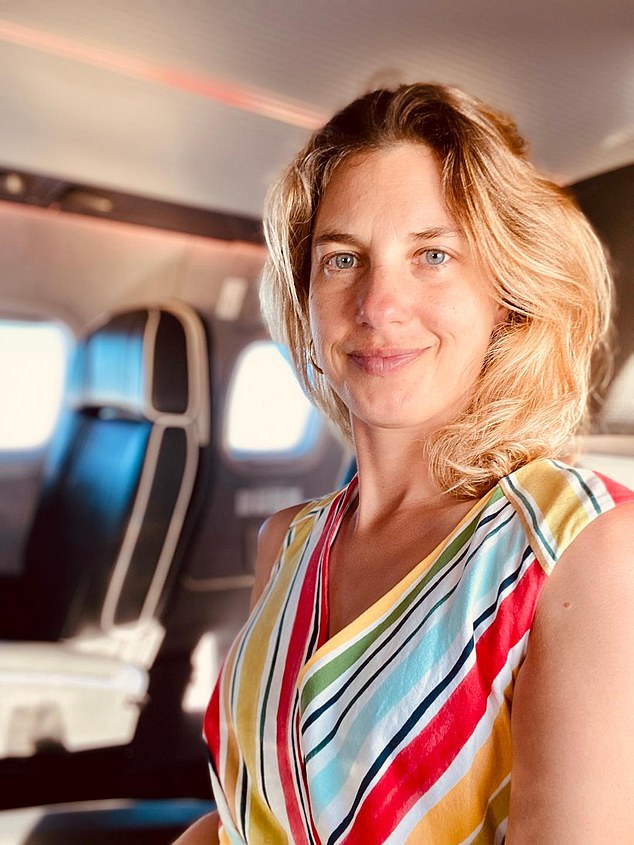 Barbara Jones (pictured), 41, is single, lives in London and works in marketing in the motor industry

Rather than having to fork out a fortune to hire a private jet exclusively, they were offering the opportunity to buy a seat on a 16-seater plane for £900 per person each way. It really appealed, especially as it would mean avoiding all the stressful factors of the airport at the moment — the crowds, huge queues and waiting around.

On the day, we took a taxi to Farnborough Airport, in Hampshire, where we showed our passports and were greeted by a concierge, and later the plane’s captain and stewardess.

They’d spotted from my booking details that it had been my birthday the day before and surprised me with a handwritten card and a bottle of champagne, which was a lovely gesture.

Within 30 minutes of arriving we were on board along with the other dozen passengers, two of whom had their pampered pet dogs with them in the cabin!

After landing in Ibiza two hours later, we were whisked by a chauffeur-driven car to a private passport control area, and within minutes we were on our way to our beachside hotel.

I’m incredibly grateful that I was able to have such an indulgent experience, one which I may never be able to justify doing again.

I FLEW MYSELF TO THE SOUTH OF FRANCE

Andy Scott 41, is an entrepreneur and lives between France, Jersey and London with his girlfriend. He says:

Flying my own plane is the perfect way to travel to my villa in the South of France. It’s partly because I can’t take my sausage dog Dottie on commercial flights and also a way of escaping the crowds, especially now.

So as I flew Dottie and myself into Cannes Airport with the sun blazing down over the Mediterranean, it was a lovely feeling that, after months of lockdown, we’d been able to escape. 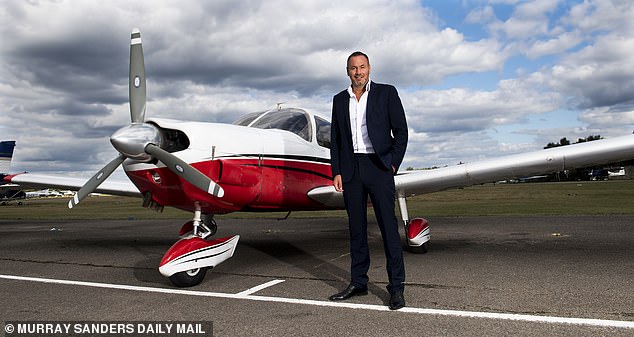 Andy Scott (pictured) 41, is an entrepreneur and lives between France, Jersey and London with his girlfriend

During lockdown, I bought a fifth share in a six-seater plane for around £15,000.

It means I get to fly to airfields close to where I want to be and can take up to five friends plus bags, skis, mountain bikes and pets.

A private jet to Nice would cost £8,000 each way, but flying myself costs around £400 all in. If I take friends and we share the cost, it’s cheaper than easyJet or BA.

Despite the plane being nearly 50 years old and slower than a commercial jet, I can be pretty much anywhere in Europe within four hours. The other owners and I pay £150 a month each to cover maintenance and use it on a first come, first served basis.

Fuel costs £60 an hour and the cost of a plane is the same as an executive car these days.

I bought my first plane in 2010 and had to pay around £8,000 to get my pilot’s licence, which requires 40 hours of flying lessons plus seven written exams.

Because it’s a private licence I’m not allowed to fly for reward and, every two years, I have to have a medical to ensure I’m still fit to fly.

The freedom to fly myself wherever I need to be is fantastic and Dottie loves it! I put her on board with her passport, and we can be on the beach in the South of France or skiing in the Alps in a few hours.

My girlfriend is reluctant to jump in with me but has agreed that when Dottie returns safely from a few more cross-Channel flights, she’ll join us.

I wore Chanel and Gina to pose by the Plane

Cleo Lacey, 38, is a personal shopper and stylist and lives in Upper Broughton, Leicestershire, with her partner. She says:

The 90-minute flight by private jet from Portugal to Ibiza last month was so luxurious that I wanted it to last for ever. With its deep-pile carpets, eight sumptuous leather seats, plus indulgent pink champagne and seafood platter, it was a world away from the commercial flights I’m used to.

I dressed up in a maxi dress, Gina sandals and a Chanel bag ready for the obligatory photo standing next to the jet before take-off. 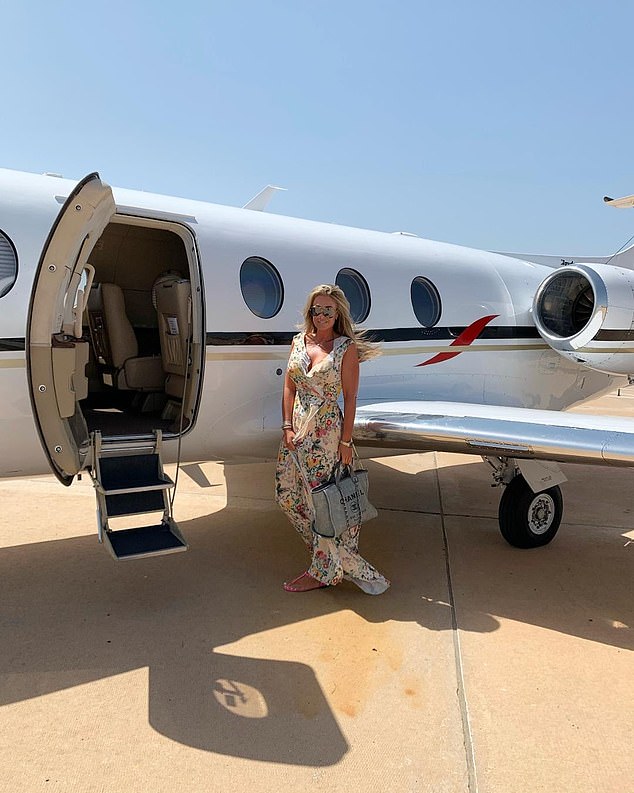 Cleo Lacey (pictured), 38, is a personal shopper and stylist and lives in Upper Broughton, Leicestershire, with her partner 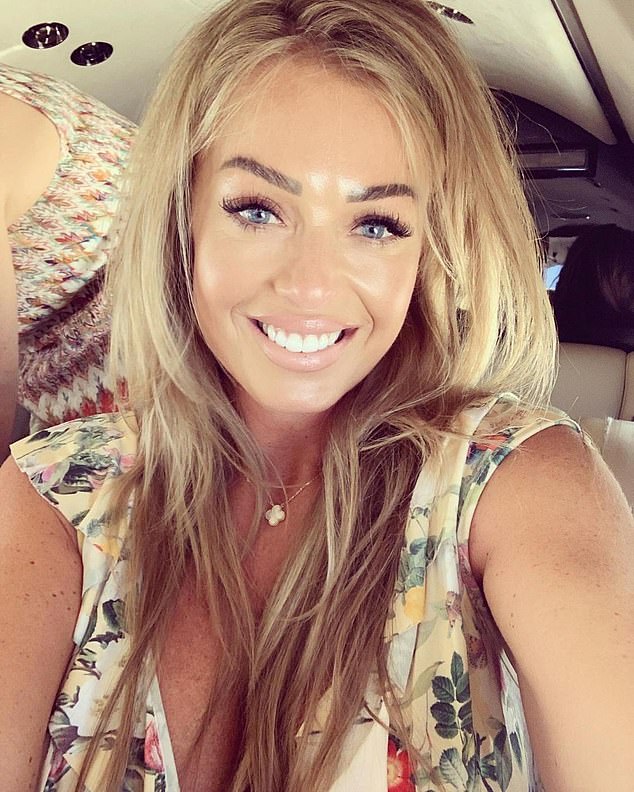 The flight was a wonderful gift from a client who invited me to go with her to a health retreat in Portugal, before flying to Ibiza for four days, when the friend she usually takes wasn’t able to make it.

I don’t know what the cost of the flight was, but I suspect it might be surprisingly affordable if you filled the jet with friends and split the bill. 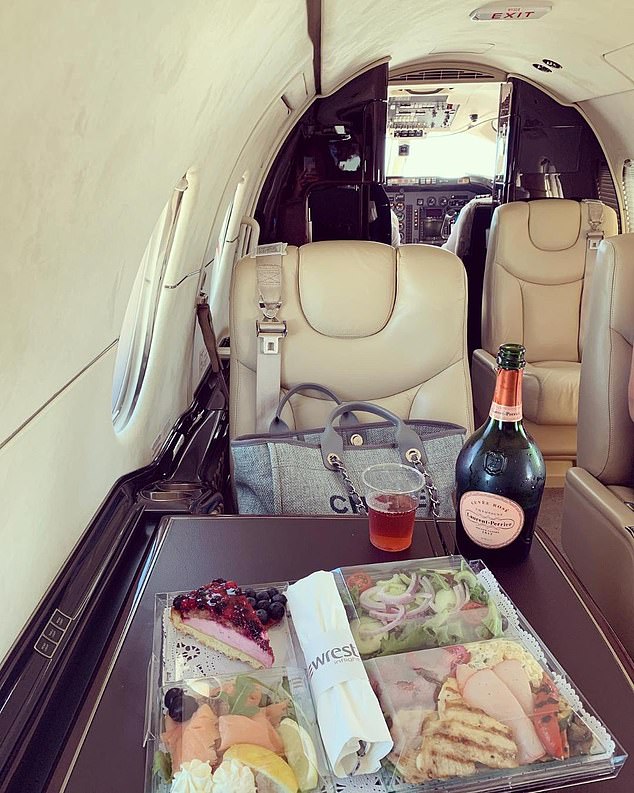 It was a very reassuring way to travel during the pandemic, with no waiting around and no contact with anyone other than the concierge who checked our passports and scanned our bags, and the pilots.

My client had warned me that even though she flies by private jet all the time, she doesn’t actually enjoy it because in small planes you tend to feel any lumps and bumps in the air, but we were lucky not to have any turbulence.

It was the ultimate travel experience — topped off by staying at one of the island’s most exclusive hotels. Going back to commercial flights will be quite a comedown.