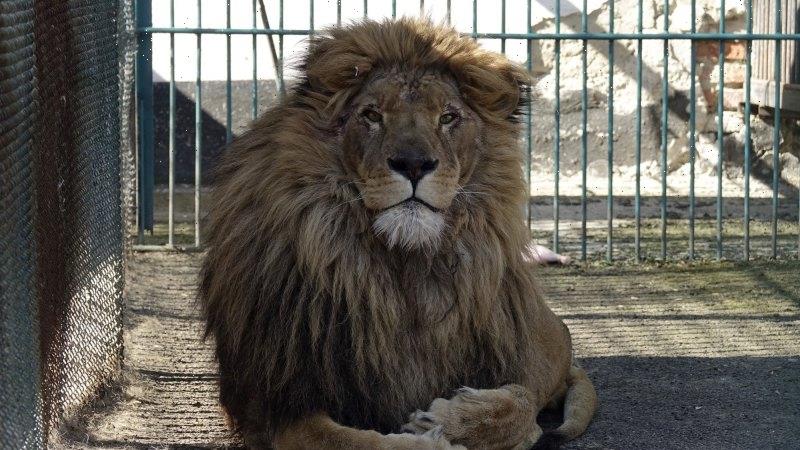 London: Animal lovers in Ukraine have carried out a daring mission to rescue a pride of nine lions from a private zoo in Odessa, funded predominantly by Australian animal welfare campaigners.

Lionel De Lange, the founder and director of Warriors of Wildlife, specialises in rescuing big animals from captivity and has been living in Ukraine for 11 years. 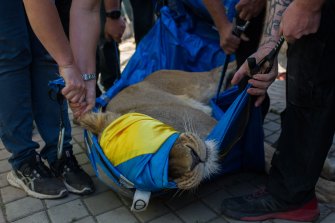 Dozed and wrapped in the colours of Ukraine, a lion is whisked out of a private zoo in Odessa last week.Credit:Nathan Lainé

Since the war began in Ukraine in February he has staged three separate operations to rescue lions and a bear.

His latest mission was carried out in partnership with Animals Australia, an organisation which is campaigning to end live exports, and the UK organisation Breaking the Chains.

The owner of the Odessa BioPark zoo became worried he would run out of food to feed the lions, and out of money given the Russian invasion has halted all tourist income. He asked De Lange if he could evacuate the animals out of Ukraine. The answer was yes but it would cost around $US10,000 ($13,932).

Animals Australia provided most of the funding and the lions were extracted by a team of 12 last week. 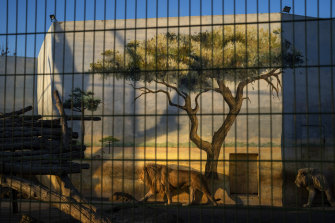 Lions walk in their enclosure in Odessa, southern Ukraine, before the invasion.Credit:AP

“They were in good condition when we picked them up, they hadn’t starved but it would have got to that, it was costing around $US600 a week to feed them,” De Lange told The Sydney Morning Herald and The Age.

“Their fate was written on the wall, they couldn’t keep them any longer, they had enough money and food probably for another month or so.

“We didn’t want to wait for too long because the people down there say it definitely is going to get really rough down there. There’ve been missile strikes in and around Odessa so it was a bit dodgy.

“If anyone tells you they’re not scared they’re lying, I was worried, nervous, we didn’t know what was around the corner,” he said. 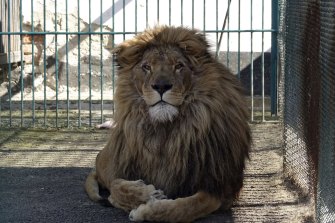 Simba sits in a cell at a zoo in Radauti, Romenia. The lion and a wolf named Akyla, were evacuated from a zoo in Ukraine in a separate operation in March.Credit:AP

“In wartime, nobody wants to go and do these jobs, so it’s literally volunteers like myself who will drive the transport. It’s pretty difficult to get vehicles because nobody wants to send vehicles into a war zone because there’s no insurance on them.”

The lions, four males and five females, aged between seven months to six years, were all sedated, vaccinated and given a medical check before being carried to the vans for transportation. 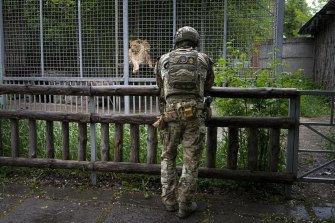 A Russian soldier looks at a couple of lions at the zoo in Mariupol, eastern Ukraine.Credit:AP

They are all now in neighbouring Romania while permanent homes are found in sanctuaries for big cats, in either South Africa, Zimbabwe or the United States.

“First prize would be to get them to Africa, I have a four-month window to move these cats out of Romania, they are here temporarily, just in transit, so I have to move them relatively fast, and that flight is going to be in the region of $U70,000,” he said.

De Lange said the animals were bred in captivity making them difficult to rehome anywhere but in a sanctuary where humans would continue to provide food.

He said the war in Ukraine had exposed the problems with breeding wild animals to keep in zoos, with many abandoned and left to starve and die when Russians invaded.

There were still many private zoos in similar situations in Ukraine, he said.

“Look at Mariupol, there are still animals stuck in that zoo which died of starvation.”

Louise Bonomi from Animals Australia said it was a tragedy that it had taken a war to free the animals.

“In any other circumstances they would remain in those zoos, the irony of that isn’t lost on anyone,” she said.