The town where The Only Way is Essex is filmed is at the centre of a trans rights row – after a £7million children’s play area was fitted with gender-neutral toilets.

New facilities in King George’s Playing Fields in Brentwood were opened by the Mayor, Councillor Olivia Sanders, in March to much fanfare.

But joy over a new pavillion building, complete with soft play and sensory room is rapidly turned to disgust over the council’s choice of lavatories.

A few steps away from a children’s ball pit are eight gender-neutral toilets that are the centre of parental storm.

The £1.99 stainless steel badges show merged symbols for a man and woman, with the design appearing to show them holding hands.

One mother told MailOnline: ‘Anyone can use these toilets really because they are public conveniences, but people have gone mad about it.

‘One father told me it ran the risk of being a perverts’ paradise because they were gender neutral.

‘How many gender-neutral children does the council think are going to be using the soft play ball pit?’ 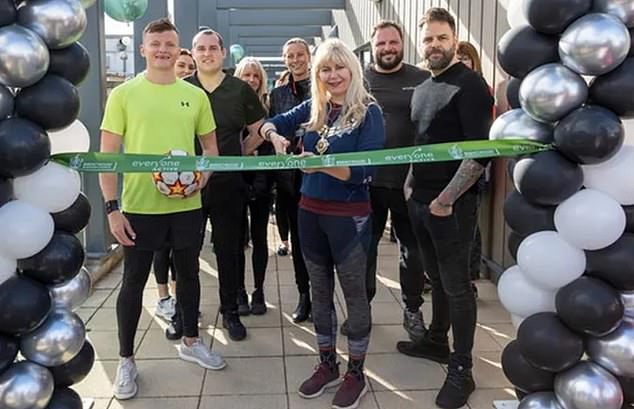 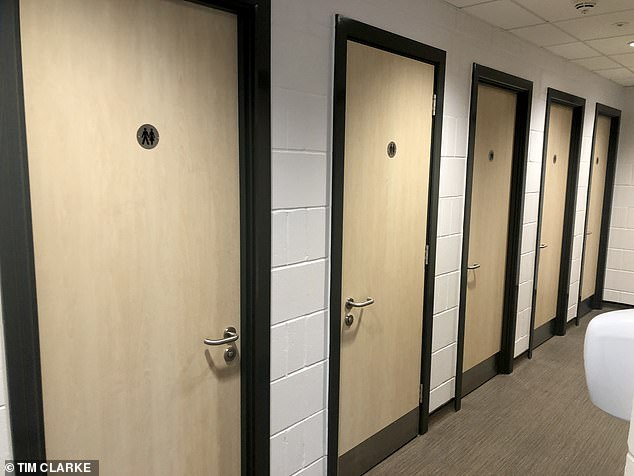 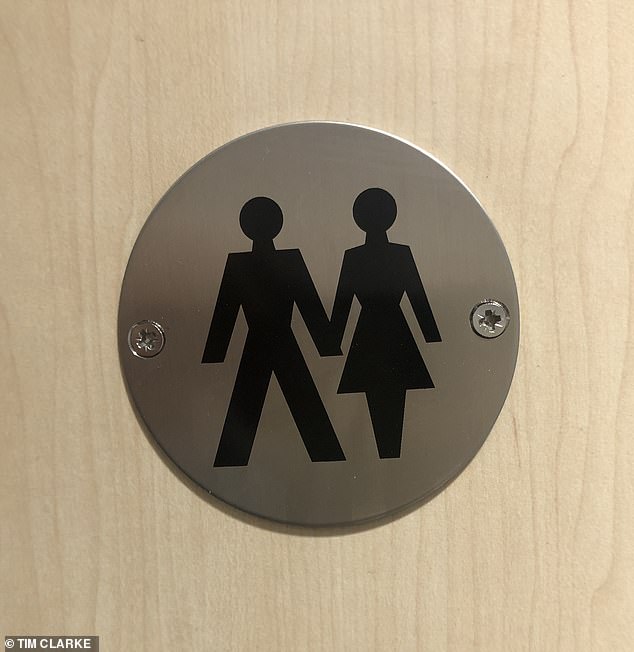 Another posted online: ‘I don’t like the idea of mixed toilets.

‘Lots of kids go to the parks there with their friends, no parents with them, where’s the safety in that?

‘Too many perverts hanging around parks and toilets.’

One woman – who said she was a safeguarding officer – was also against the gender-neutral facilities.

She declared: ‘I have a problem with the mixed toilets.

‘They are not in the best interests of children.’ 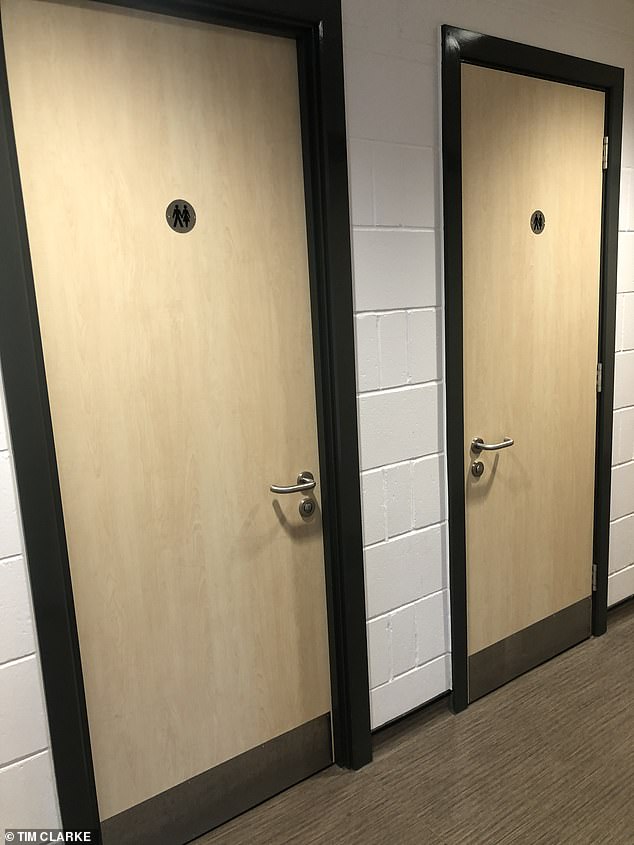 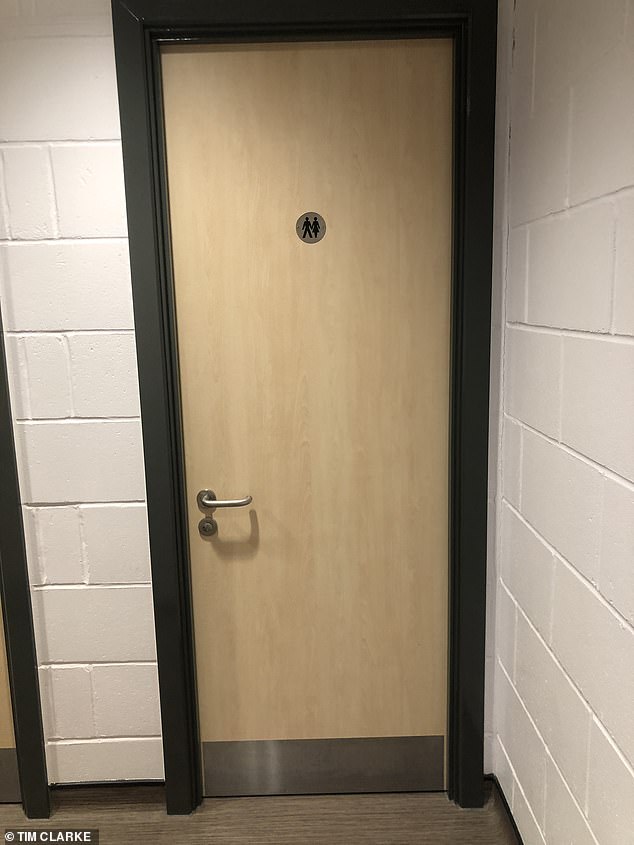 When toilets can be legally limited to men and women

The guidance says that toilets can be legally limited to men and women with separate gender-neutral facilities as long as trans people are taken into account.

This is explained through two examples.

One is a small cafe with limited space and facilities for public use which has separate lockable, self-contained male and female toilets with hand basins in single units.

The EHRC says that to ensure they are fully inclusive, and to make the most effective use of the available facilities, the cafe could decide to make them all gender neutral.

A second example is a community centre which has separate male and female toilets. The centre could conduct a survey in which some service users say that they would not use the centre if the toilets were open to members of the opposite biological sex, for reasons of privacy and dignity or because of their religious belief.

It decides to introduce an additional gender-neutral toilet, and puts up signs telling all users that they may use either the toilet for their biological sex or to use the gender neutral toilet.

It is not clear what consultation with the public was done over the unisex loos.

Last week female students at the University of Plymouth have been told not to confront anyone they suspect of posing as a woman in their toilets – and instead ‘protect them from harm’.

Signs in both male and female lavatories around its buildings contain the warning posters branded with the pink, blue and white strips of the trans flag.

It comes amid fierce debate over the issue of trans women in female spaces, such as hospital wards, and whether they should be allowed to compete in women’s sports.

There are also fears predatory sex offenders could pose as trans women to gain access to female loos.

It also comes weeks after the Equality and Human Rights Commission (EHRC) said service providers wishing to limit services to a single sex are legally able to do so, provided the reasons are justified and proportionate.

The ruling means it is legal for a gym to limit communal changing rooms to a single sex, as long as a gender neutral changing room is also provided for trans people.

Brentwood Borough Council claimed it had made the toilets gender-neutral to make it easier for parents to accompany their children to the loo.

‘This makes it easier for parents to accompany their children of the opposite sex to the bathroom and also reduces waiting times as you only need to wait until a cubicle is free.’