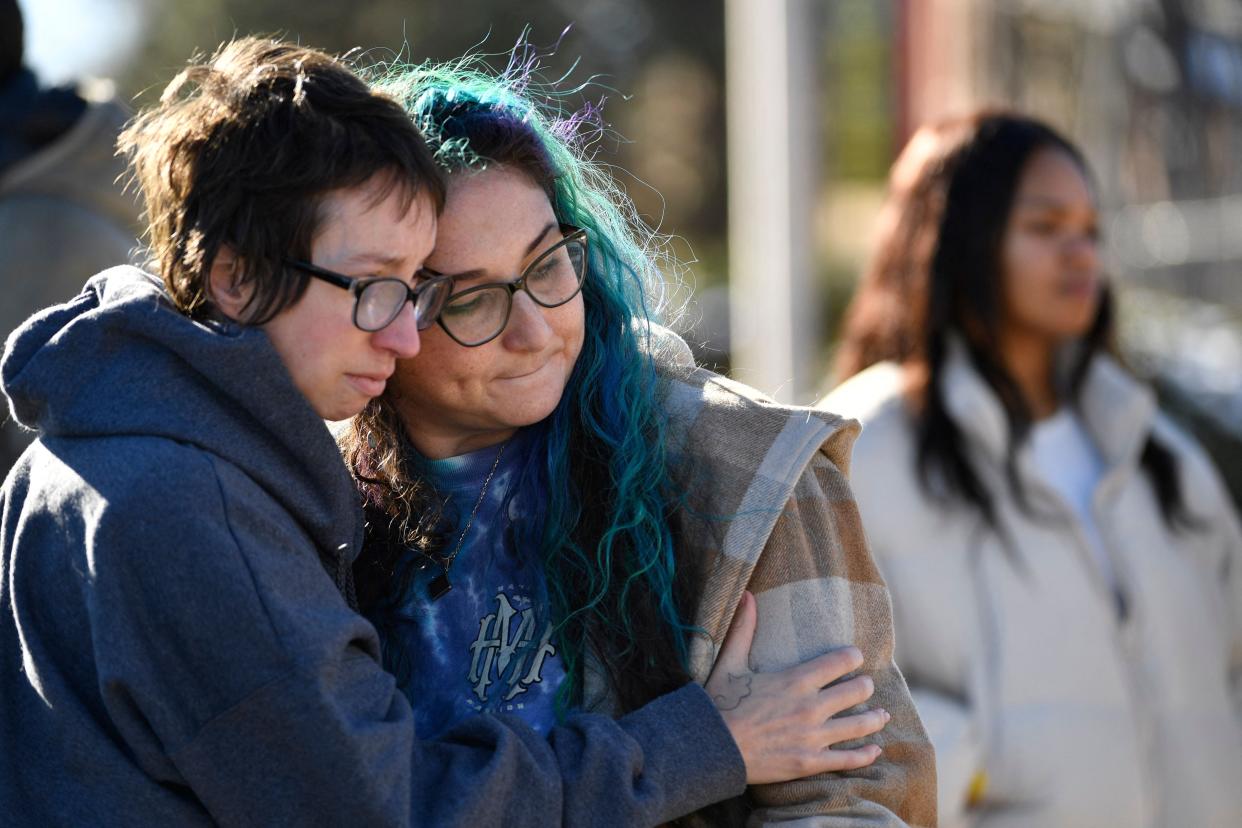 The United States is an unfortunate outlier.

As people across the country beg for gun reform — families of gun violence victims have been calling on officials to tighten gun control legislation — mass shootings keep occurring at a frenetic pace.

Tragedy struck Colorado Springs, Colorado, on the night of November 20, 2022, when a 22-year-old gunman opened fire in an LGBTQ nightclub, killing five people and injuring dozens. Among the victims were two bartenders and a trans woman visiting from Denver.

"Yet another community in America has been torn apart by gun violence. More families left with an empty chair at the table and hole in their lives that cannot be filled," President Joe Biden said in a statement following the Club Q shooting. "When will we decide we've had enough? We must address the public health epidemic of gun violence in all of its forms."

In July, just over a week after Biden signed a bipartisan gun-reform bill into law, seven people were killed and more than 30 others were injured following a mass shooting during a US Independence Day parade in Highland Park, Illinois.

There were 13 mass shootings in the first weekend in June, fewer than two weeks after a gunman killed 19 students and two teachers at an elementary school in Uvalde, Texas, marking the deadliest school shooting since Sandy Hook Elementary School in 2012.

The Gun Violence Archive, a nonprofit that tracks shootings in the US, recorded 647 mass shootings in 2022. Gun violence overall killed more than 44,000 people in the US in 2022, according to the Archive's records.

This table includes the names, locations, and casualty information from each mass shooting the Archive recorded in the US in 2022:

The United States has far more lax firearm laws and policies compared to other countries — the federal right to own a firearm is even baked into the Constitution via the Second Amendment. Gun laws and regulations also vary from state to state. Some states have more restrictive laws, while some allow for much greater firearm ownership rates for protection and hunting.

"In a country like ours … we have a lot of guns," R. Thurman Barnes, the assistant director of Rutgers University's New Jersey Gun Violence Research Center and faculty at the Rutgers School of Public Health, told Insider in June. "And when you have as many guns as we have — which we have more guns than people — you're going to have more gun violence in all of its forms."

Different sources differ on the definition of a mass shooting, but the Gun Violence Archive and the Congressional Research Service define it as an incident where four or more people were shot, not counting the shooter as a victim.

Historically, mass shootings tend to happen in the mid-to-latter half of the year

There were slightly fewer mass shootings in 2022 than in 2021

You can view a report of any 2022 shooting incident by visiting the list on the Gun Violence Archive's website.

Read the original article on Insider