A THERAPIST has revealed what a couple's body language says about their relationship – from explosive fights to their sex drive.

In a TikTok video, the therapist who goes by her name Rebecca detailed the different ways couples act during therapy sessions. 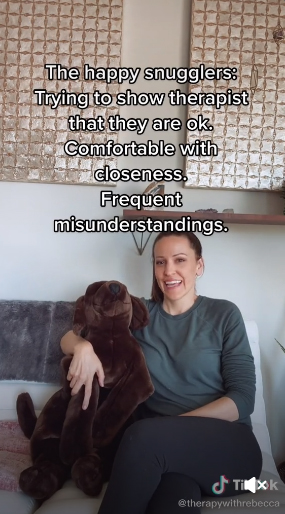 According to the TikToker, a couple that comes in and usually cuddled up together on the couch are trying to show her that they are doing well.

She added that this couple is usually comfortable with closeness and simply have frequent misunderstandings. 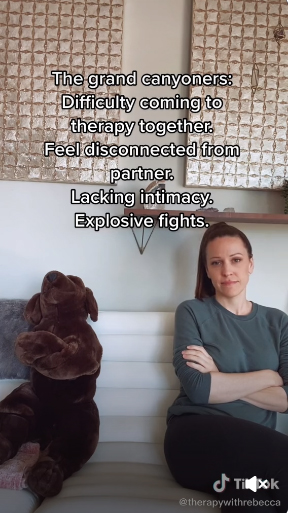 This type of couple usually will try to put as much distance between themselves as possible.

This couple will usually have difficulty coming to therapy together – one of the might not even show up, they might feel a disconnect from their partner which means they lack intimacy and have explosive fights. 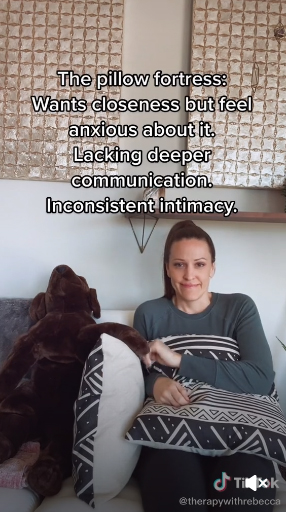 There is also a third type of couple that comes to sessions and though they sit close together, they'll put a pillow between themselves to maintain some distance.

This type of couple wants to be close but might be too anxious about it, which means they lack deeper communication and they have inconsistent intimacy.

When asked by a follower what would the ideal type of seating placement be, the therapist told them that none of them are unhealthy per se, but a couple who is willing to work things out will sit slightly facing each other.

Additionally, she suggested people simply be themselves in order to better approach their issues.