The mother of a 16-year-old killed amid a surge in extreme violence on Melbourne’s streets says she has been left broken by the attack, and those who preyed on her boy must be found.

Reservoir teen Declan Cutler was chased down by as many as eight youths and stabbed to death during an attack on Elizabeth Street in Reservoir about 2.20am on Sunday. 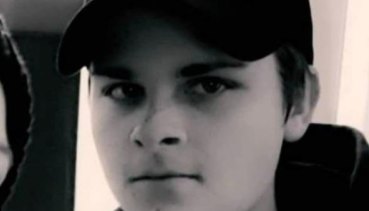 It was one of at least five serious stabbings to occur over the long weekend, and an experienced police officer told The Age it was one of the most brutal acts of violence they had seen.

Friends of the teen have since been threatened and taunted on social media, with one person posting “your next [sic]”.

On Tuesday, Declan’s mother, Sam Cutler, said she was “broken” knowing her son was killed after attending a party, and she called for those responsible to be held accountable.

“I miss him so much, his life was taken in such a cruel way, and way before his time. The people who did this are cowards,” she said.

“Knowing he was intoxicated, they preyed on him; knowing he couldn’t get away. These people need to be found and justice served. I want my son back, I am broken.”

Parts of Elizabeth Street and adjacent streets were closed off on Sunday morning as police and State Emergency Service volunteers scoured the area for evidence.

Two knives were among the items found, though it remains unclear if they were related to the teenager’s death.

At the time, Detective Superintendent Paul O’Halloran said Declan – known as DJay to his friends – had been at a house party in Coburg about 2.40am when a group arrived looking for him and his friends. 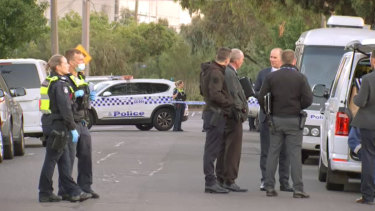 Police near the crime scene on Sunday. Credit:Nine News

When Declan and several friends ran from the home, the group chased them in a small, dark-coloured car. Declan became separated from his friends and was unable to outrun the car.

He was attacked near the coroner of Horton and Elizabeth streets in Reservoir, where the group kicked, punched and stabbed him several times. He died at the scene.

No arrests have been made.

A police officer, not authorised to speak to the media, said it was one of the most brutal acts of violence they had seen.

The officer said as many as eight young people appeared to have stabbed Declan, with one returning seconds after the attack to photograph the dying teen before fleeing the scene, leaving the 16-year-old to die.

“It’s the most violent thing you could ever see. They chased him and attacked him as he fell to the ground,” the officer said. “It was mayhem.”

In a tribute left at the scene, Declan’s friends wrote: “Today we have lost a walking angel. Rest at peace our beautiful boy.”

The killing was one of two deadly knife attacks at the weekend and one of at least five serious stabbings over the long weekend.

On Friday an 18-year-old was critically injured in a knife attack at Federation Square. The following night an Uber driver was attacked with a knife in Fitzroy. On Sunday a 15-year-old was stabbed at Flinders Street Station about 1.10am. 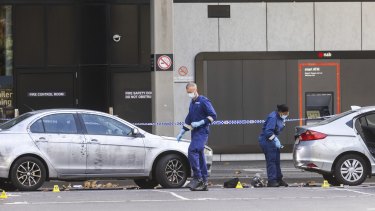 The scene of a fatal stabbing in Bourke Street, Docklands.Credit:Paul Jeffers

Rising basketball star Alier Riak, 23, from Western Australia, was killed, while his older brother was injured.

All five incidents are believed to be unrelated, police said.

On Tuesday, the basketball community paid tribute to Mr Riak, who played for the Warwick Senators in Western Australia before signing with the Darwin Salties for the 2022 season. 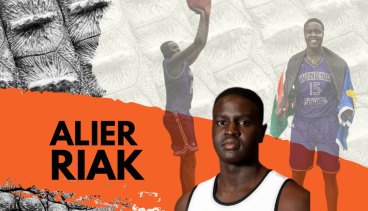 A social media slide posted by basketball team the Darwin Salties after signing Alier Riak, who died after being stabbed in Melbourne in the early hours of Sunday.Credit:Facebook

Darwin Salties head coach Matt Flinn said the news was devastating for all. “The last thing we spoke about, last Friday, was how excited we both were to start this new journey together. He had such a raw passion that shone through every time we spoke about basketball and life,” Mr Flinn said.

“I told him to select his flights and get moving, and he was pumped. We will honour his legacy that he never got a chance to start.“

Former coach Mike Ellis said he had seen a lot of people come and go at the Warwick club, but Mr Riak was special, going on to get a scholarship to university in the US at Winona.

“He was very proud that he made it that far, as it did not happen without a lot of work. Alier was a wonderful young man, a great teammate and an even better person. Words cannot describe what we are all feeling right now,” he said.

“A tragic loss of a fantastic young man with a bright future ahead of him.”

The spate of attacks follows warnings from youth advocates late last year that knife crime would surge in the new year as more young people were carrying blades, fearing they would be attacked by street gangs.