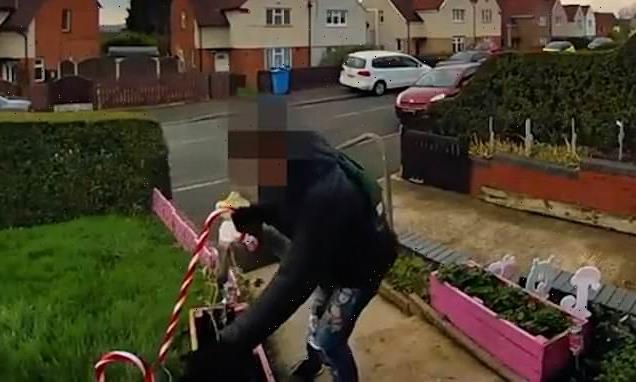 Footage taken by residents of Normanton and Sunny Hill show a man ripping ornamental features out of gardens and cutting wires in broad daylight, taking light-up reindeers and candy canes.

The first victim was Nickola Mosley whose reindeer lights, worth £49.99, were taken on December 1.

A security camera caught a grey-hooded man pulling these out of the grass in the front garden at 9.52am that day.

Hours later, at 9.36pm, a camera caught a man at Kitchener Avenue in Sunny Hill cutting the wire that supplied the power to a different house’s tree-shaped lights on their driveway.

He subsequently appears to try and remove them but they are fixed in place and he flees the scene.

And footage captured minutes later on the same day also shows another theft with one person yanking down two hanging baskets. 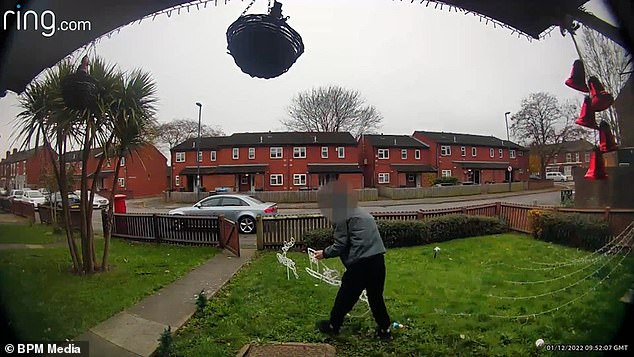 Nickola Mosley was the first victim in Derby whose £49.99 reindeer lights were stolen on December 1 at 9.52am 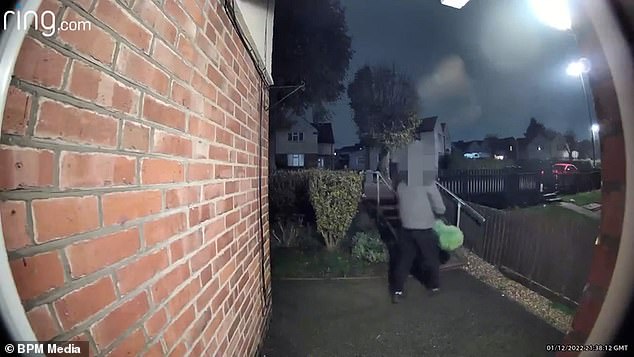 Footage captured at 9.38pm on December 1  shows another theft with one person pulling down two hanging baskets 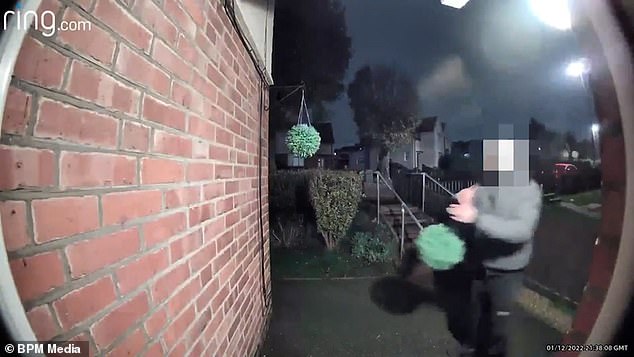 The stealing of hanging baskets follows a previous incident which occurred at 9.36pm on Kitchener Avenue in Sunny Hill . A man was caught cutting the wire that supplied the power to a different house’s tree-shaped lights 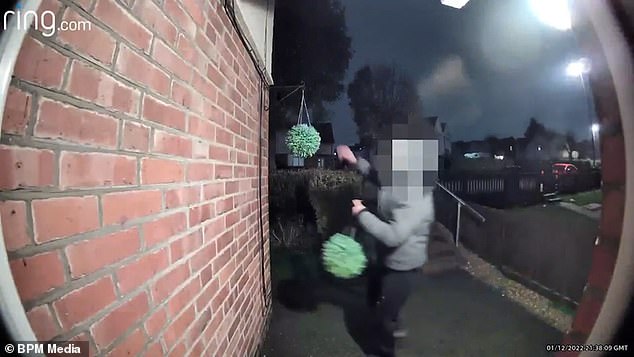 Then, on Monday, December 5 at around 2.30pm, a woman’s doorbell camera caught a man, complete with a cigarette in his mouth, yanking decorative candy canes from right outside another front door in Sunny Hill.

The theft takes is shown to take only ten seconds to complete.

A number of further thefts have been reported and captured, including that of another ornamental reindeer. 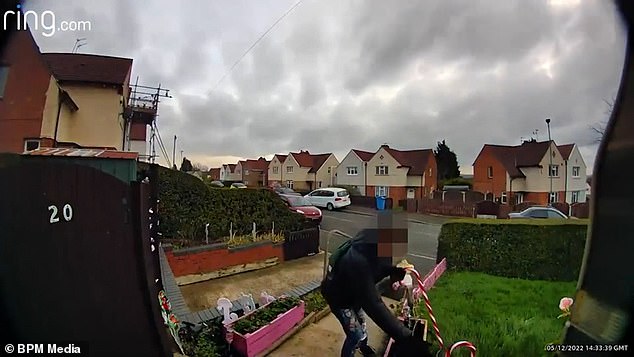 On December 5 at around 2.30pm, a man was caught yanking decorative candy canes from right outside another front door in Sunny Hill 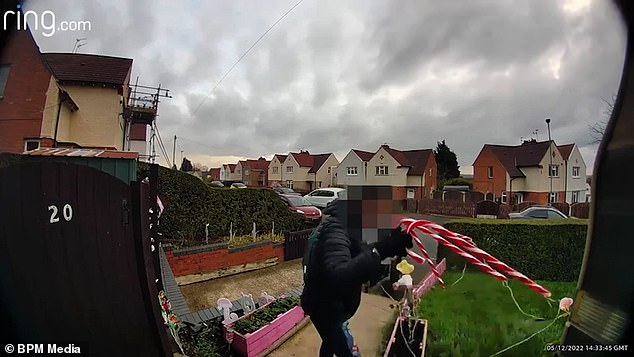 Derbyshire Police have been made aware of the incidents and said: ‘The force is aware of two incidents involving the thefts of Christmas lights over recent days and these are being treated as potentially linked.

‘Anyone who has information that may help our enquiries, or has been a victim and hasn’t contacted the force, is asked to contact us using any of the non-emergency methods.’