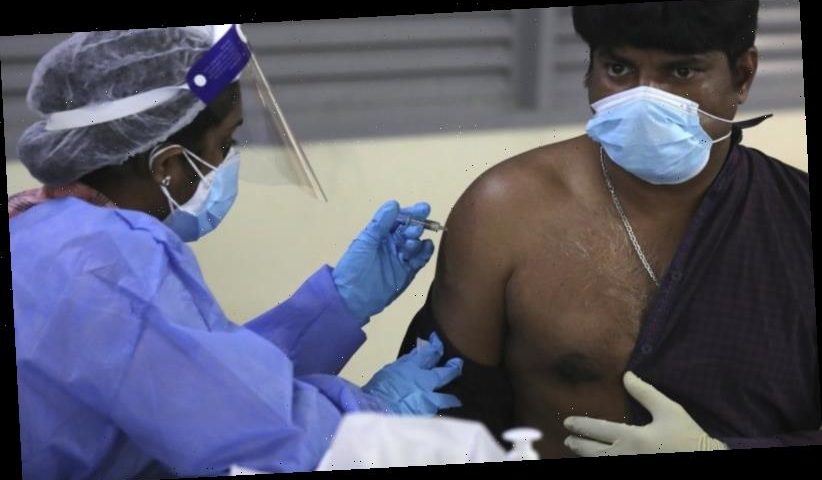 Dubai: A limited number of people in the United Arab Emirates are being invited to have a third shot of the Sinopharm coronavirus vaccine after antibody tests indicated they did not have a sufficient immune response following two doses of the Chinese-made vaccine, its distributor confirmed on Sunday.

Walid Zaher, the chief researcher for G42 Healthcare which distributes the Sinopharm vaccine in the UAE, told Dubai Eye radio that a study was underway to give some people third doses, explaining that not everyone was having an adequate immune response after just two. 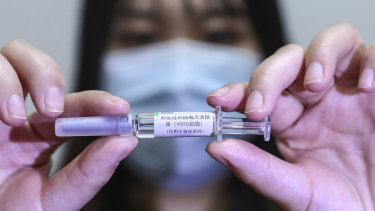 “When some people are found to be not really responsive to the vaccines, which is expected with all vaccines, there was an initiative to approach these people and give them a third shot of the Sinopharm vaccine, which has shown, within the context of the study, to boost their immunity,” he said.

Anyone with low levels of antibodies after a test could ask their doctor to contact health authorities and an appointment would be made for them to have another dose, he said, though generally it is the officials that approach the person.

According to doctors spoken to by the Wall Street Journal, there were cases of people with little or no antibody response after two doses of Sinopharm. 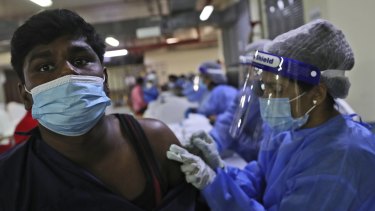 A man receives a Sinopharm COVID-19 vaccine from a medical staffer at the Guru Nanak Darbar Sikh Temple, in Dubai, United Arab Emirates.Credit:AP

The revelations could raise doubts about the effectiveness of the vaccine, which is being widely used around the world as countries scramble to locate vaccines. Many of the more effective, Western-made vaccines have been snapped up by wealthier nations.

The Sinopharm vaccine has a self-reported efficacy rate of 79 percent – which global health experts say is more than adequate – but its data has not been publicly released. In addition to the UAE, the vaccine has been purchased by countries such as Egypt, Cambodia, Senegal and Peru.

The UAE has distinguished itself with an aggressive vaccination program that initially used Sinopharm, which also conducted Phase 3 trials in the country, and then was later expanded to include Pfizer-BioNTech, AstraZeneca and Russia’s Sputnik V.

According to announcements Saturday, nearly 73 percent of the elderly population had received at least one vaccine dose. That number drops to 56 percent for all eligible adults.

The government also announced that as of Sunday, everyone in the country was now eligible for a vaccine, after restricting injections to those with special needs for the past six weeks.

After Israel, UAE has the highest national vaccination rate in the region with more than 7 million doses given to a population of just 9 million. The vaccine is free to all citizens and residents.

The UAE saw an explosion of new coronavirus infections in January after tourists from all over the world flocked to Dubai, which had marketed itself as a restriction-free holiday destination.

The number of new daily cases quadrupled to nearly 4000 in January and only now has dropped down to about 2000 new cases a day.