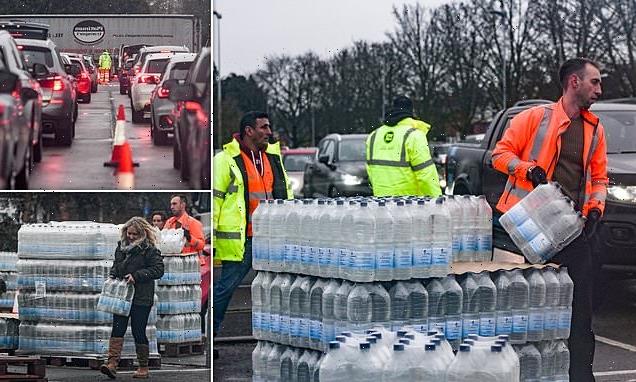 Homes across five counties in the south of England have been affected after pipes burst following a thaw in subzero temperatures and may be left without tap water this Christmas.

Resident living in Hertfordshire, Hampshire, Sussex, Essex and Kent have been struggling without a water supply for the past week and have been urged to pick up emergency bottles from sites to keep supplies up.

The bottled water stations across the affected areas are open daily from 8am to 10pm.

However, there have been claims that bottled water supplies were running low at one station yesterday, and there were long queues for people trying to access it. 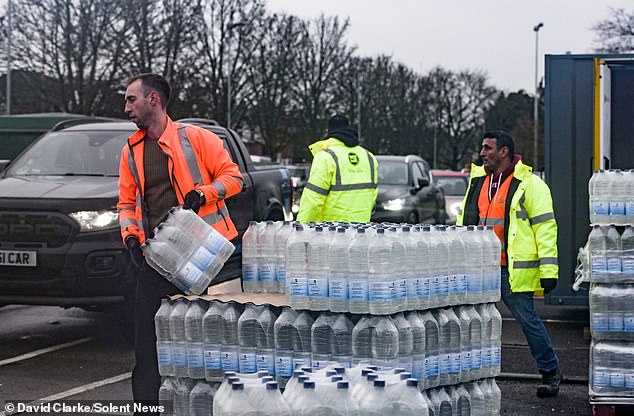 Resident living in Hertfordshire, Hampshire, Sussex, Essex and Kent have been struggling without a water supply 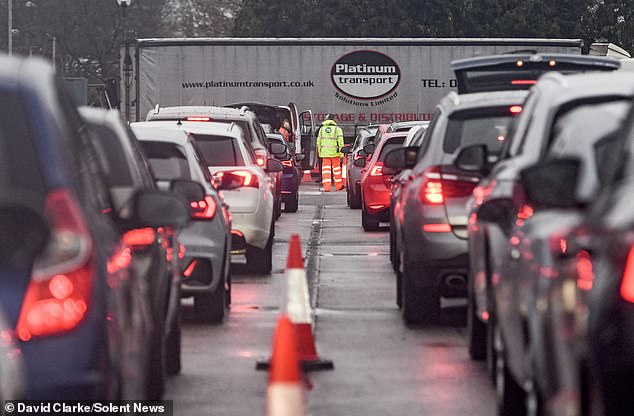 According to reports, the pipes burst due to the rapid change of temperature at the beginning of last week – with a staggering 20C difference in some areas.

Southern Water said this afternoon: ‘We are sorry for the distress, disruption and inconvenience the loss of water in parts of Hampshire has caused for the past two days – especially in the run up to Christmas.

‘We are pleased to say that the majority of our customers now have their water back.

‘The teams have worked hard to ensure that our water supply is stable and our reservoir storage is topped up. Water demand continues to be high so please use water wisely.

‘We would like to thank our customers for their patience as we gradually repressurised the network – it was important that we did this slowly to avoid pipes bursting. 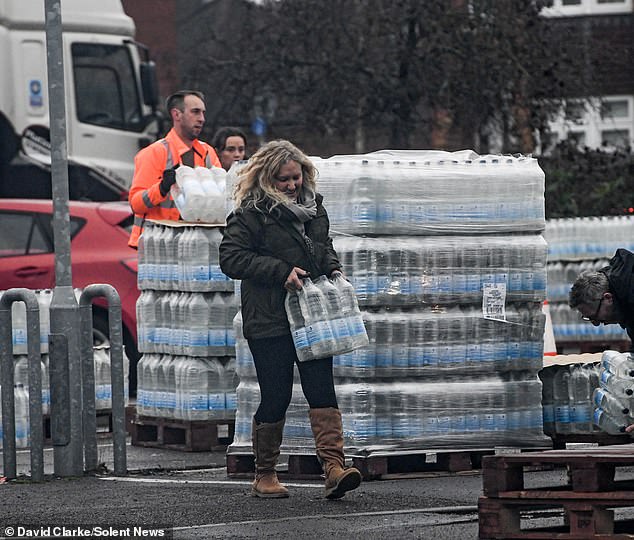 ‘Bottled water stations will remain open until 10pm this evening, as a precaution. We will update the live status of these stations on our website and social channels.

‘Deliveries to our vulnerable customers on the Priority Services Register will continue too.’

Residents from all over the counties were distraught from the inconvenience as many are unable to flush toilets, easily bathe, wash clothes, and cook certain items.

Education officer Andy Skinner, 35, from Chandler’s Ford, Hampshire, said his family have been left without running water for three days.

He said: ‘You don’t realise how much water you use.

‘It’s been very frustrating. You can’t do the things you would normally do. It’s much more difficult than you think it would be.’ 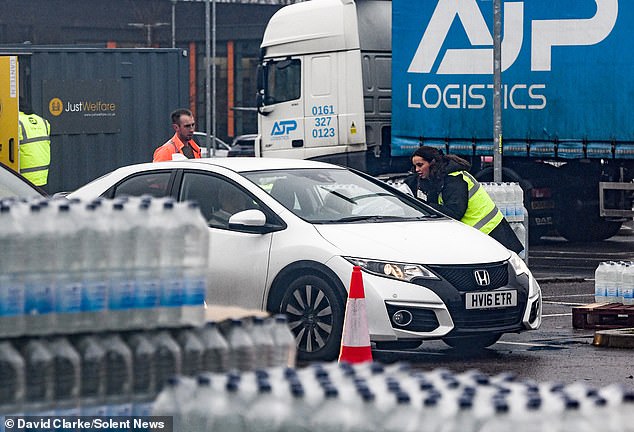 The stations will remain open until 10pm this evening, as a precaution, Southern Water said

‘Water companies are working around the clock to boost supply while the network refills to normal levels.

‘We don’t expect any further freeze-thaw incidents to occur over the Christmas period as the temperature is forecast to remain stable.

‘Water companies are working hard to resume normal supply to homes and businesses still affected as quickly as possible, while providing bottled water to residents in the meantime. We urge any customers who are concerned about their water supply to get in touch with their local water company.’