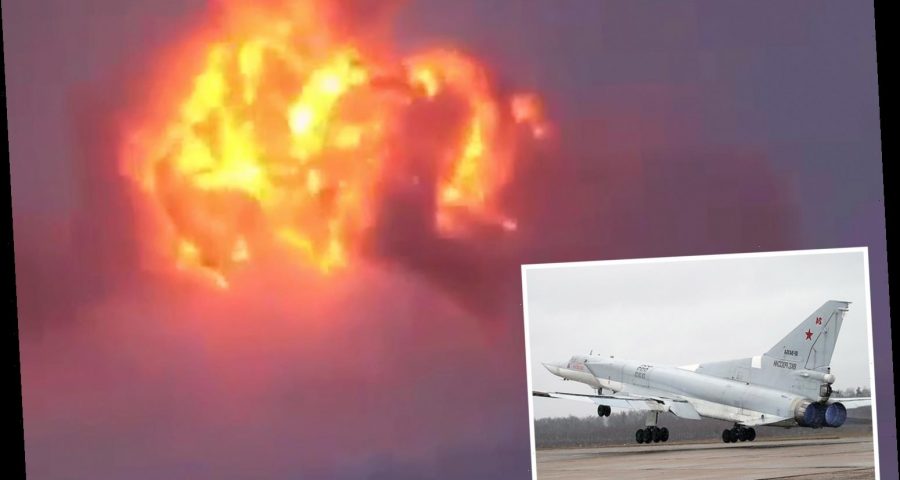 The cockpit horror came as the engines started ahead of a training flight involving the supersonic long range Tu-22M3 bombers. 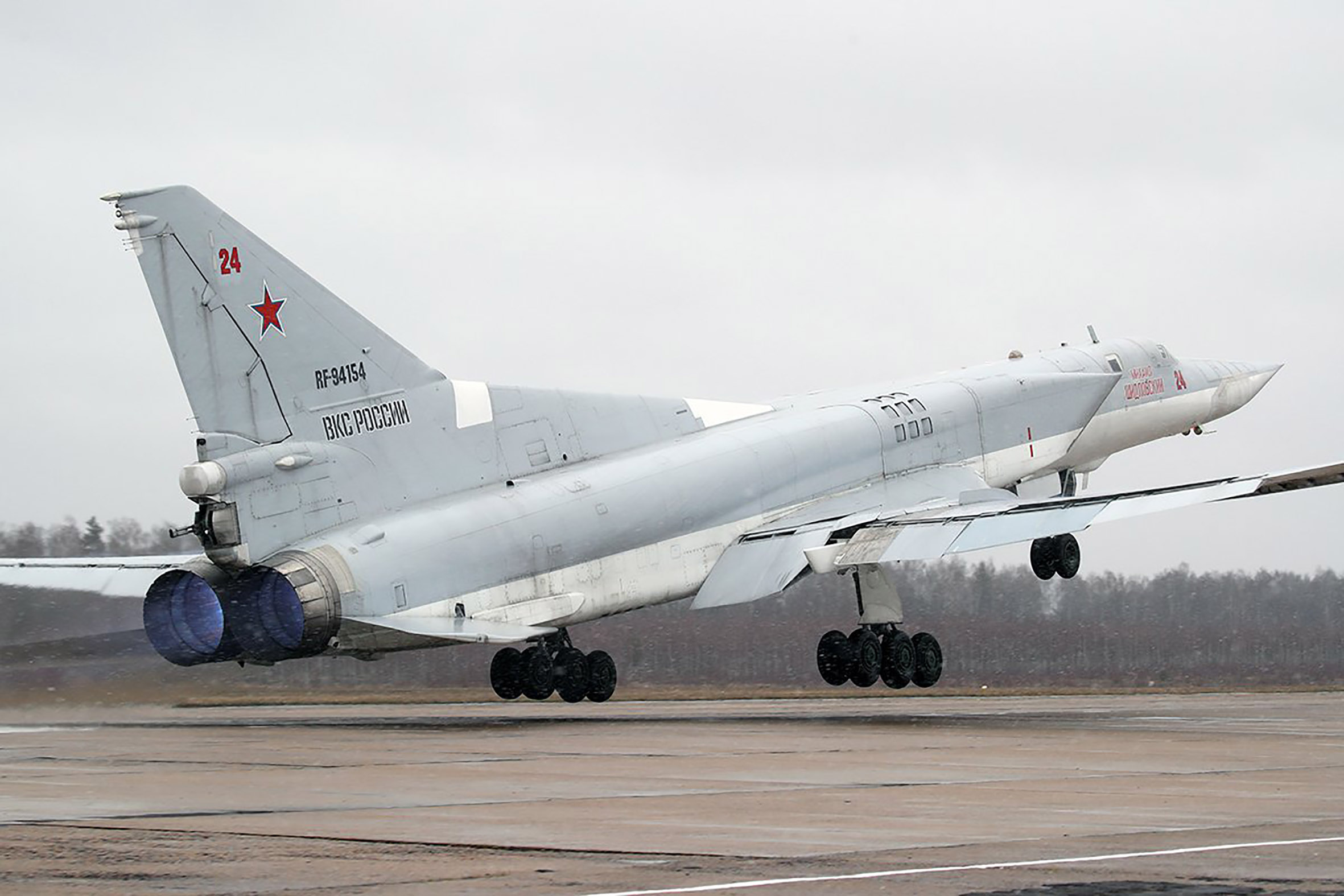 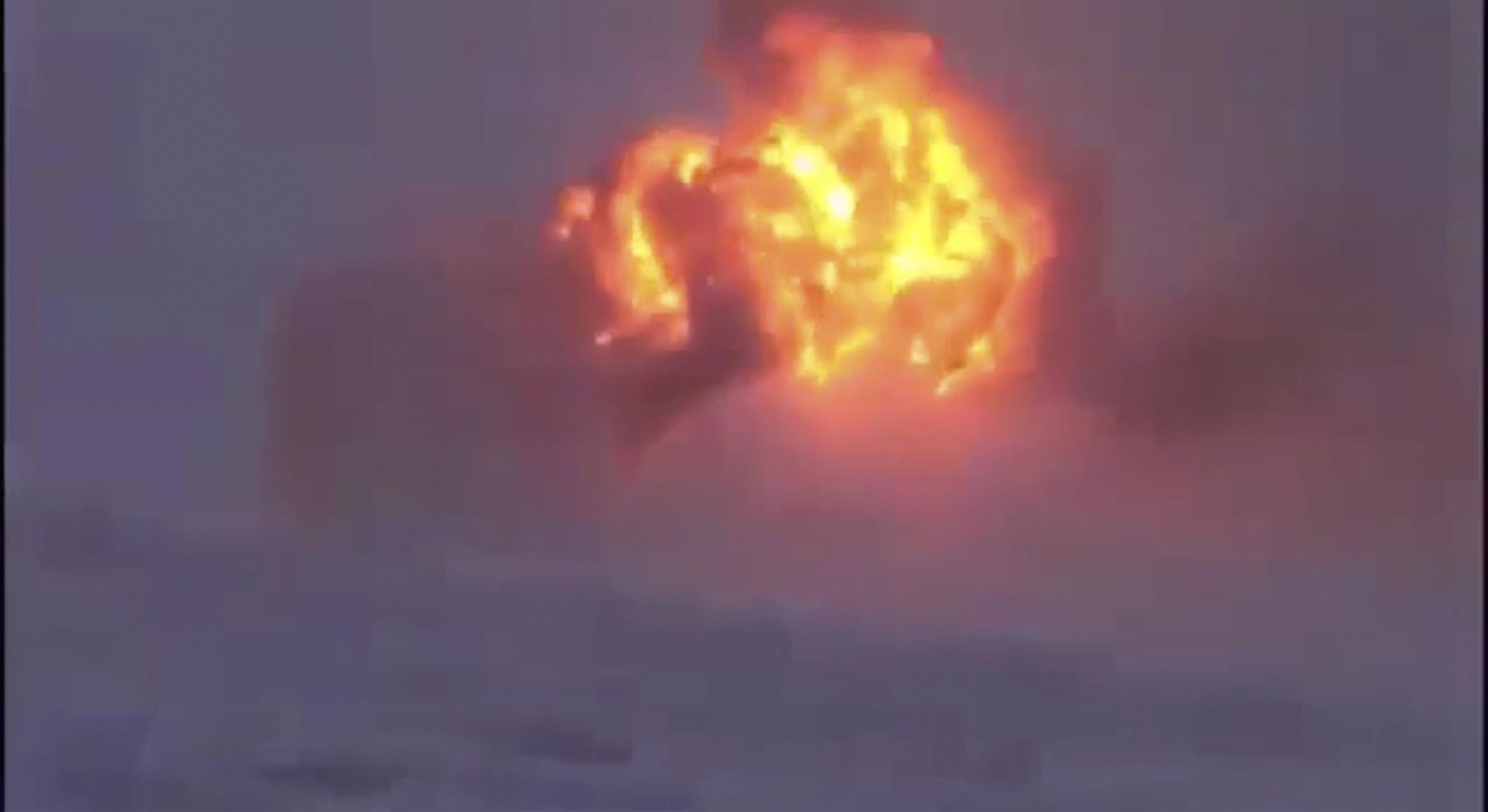 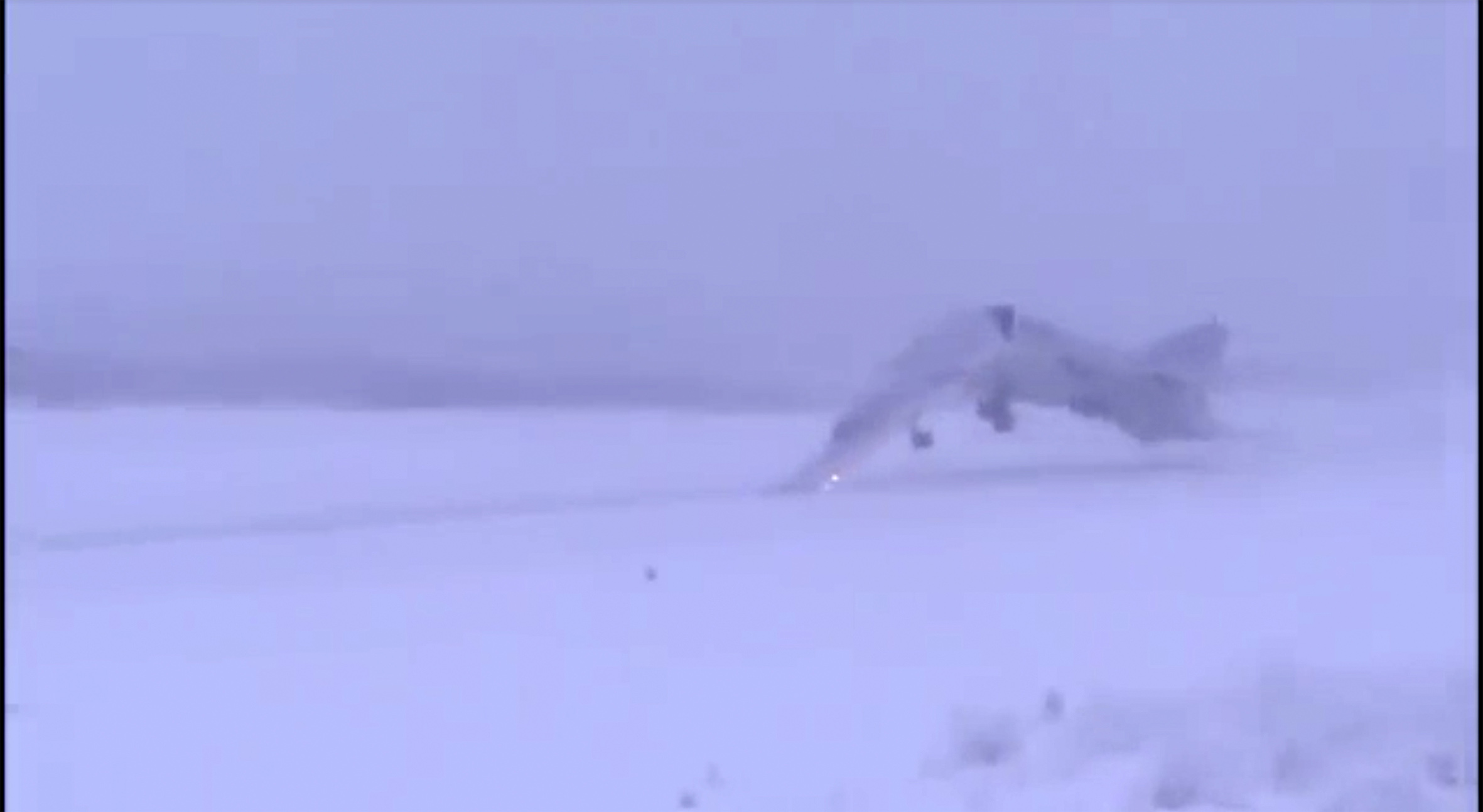 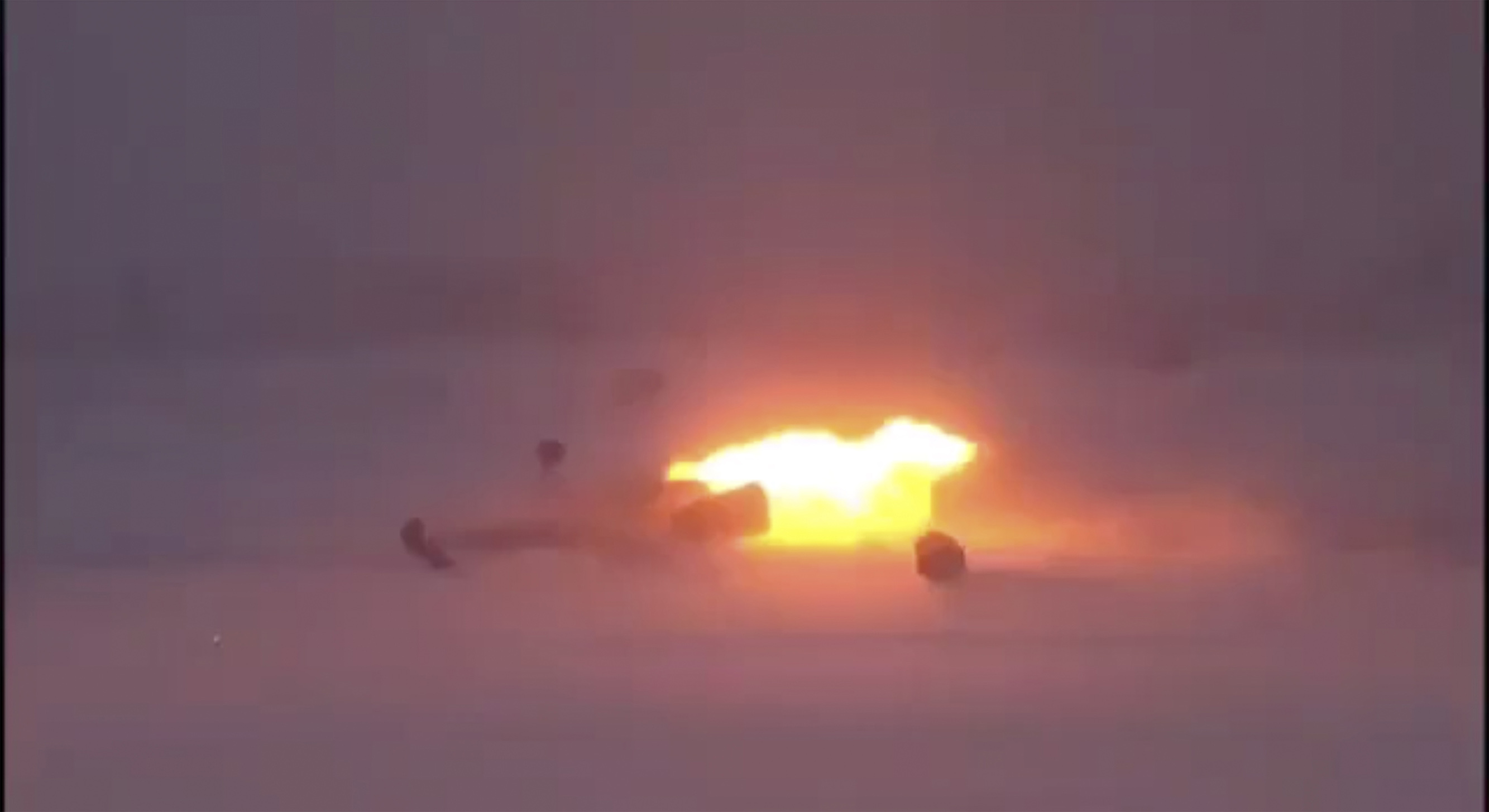 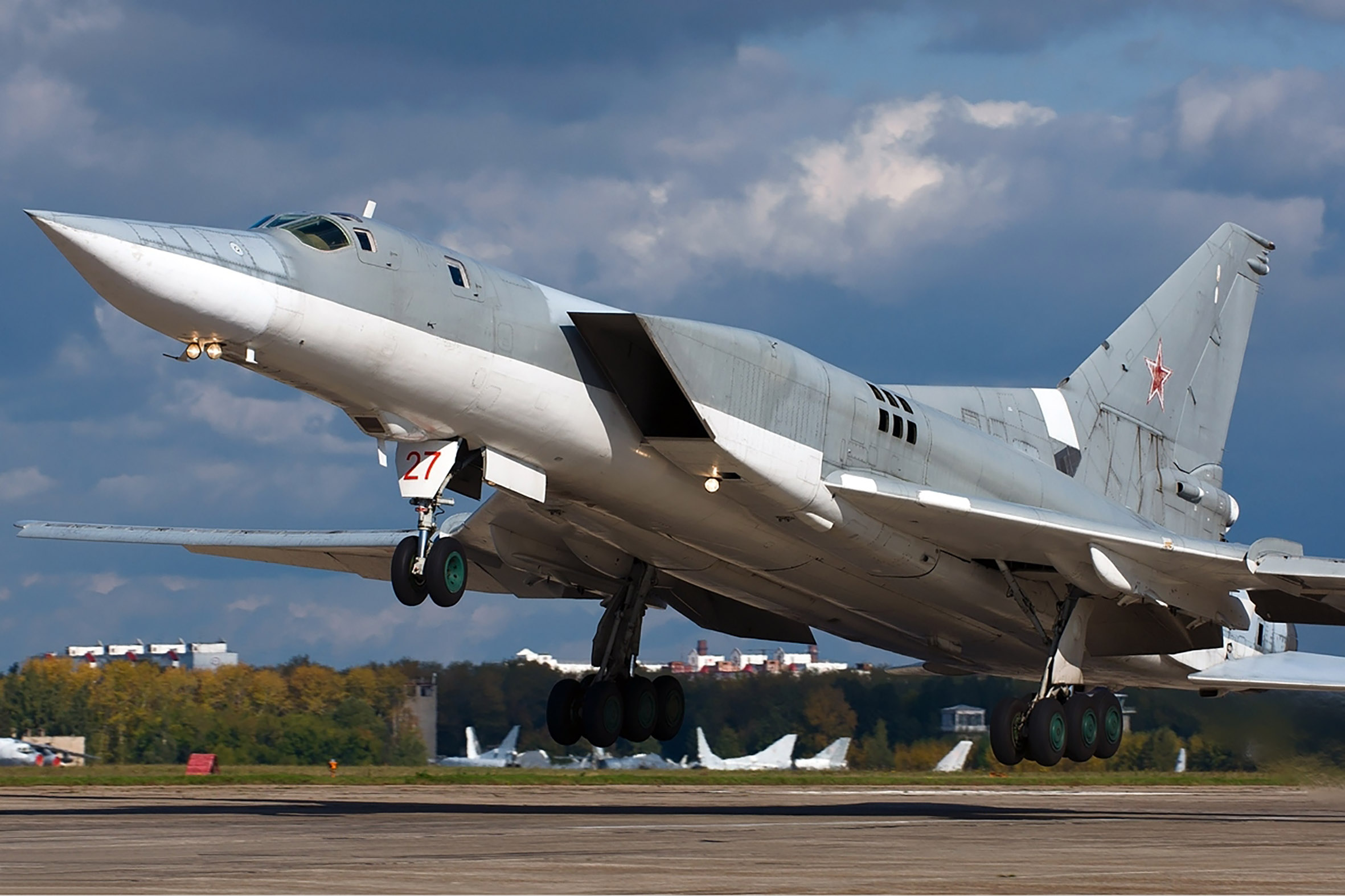 It is not believed the plane was loaded with nuclear weapons at Shaikovka military airfield at the time of the fatal accident, some 200 miles southwest of Moscow.

The ejector seat system was reported to have triggered while the plane was preparing for departure.

The regiment commander – sitting in the instructor's seat – was among the dead after the three were thrown from the plane shortly before intended takeoff.

The Russian defence minister confirmed the deaths of three crew members in the incident.

The altitude was "too low for the parachutes to work, and three crew members have received fatal injuries when they landed,” the ministry said in a statement, reports Russia Today.

Earlier reports said the a squadron of Tupolev Tu-22M3 (NATO reporting name Backfire-C) had been on a training exercise in Kaluga region.

It has a four-strong crew.

The Russian state-controlled international television network reports that it's unclear whether anyone was injured in the accident.

The site adds that "while Russian media reports described it as a ‘crash,’ the defence ministry’s statement suggested the bomber had not gotten into the air at all".

Pilots from the squadron were recently given Covid jabs to be able to participate in Russia’s May 9 Victory Day parade, marking the end of the Second World War.

In 2017 The Sun reported how a Russian long range TU-22M3 bomber crashed after overshooting the runway at a military base.

Pilots on the hulking aircraft had aborted takeoff, but the giant Tupolev failed to stop and careered off the tarmac into trees during Vladimir Putin's controversial Zapad 2017 war games.

On video, a crashing noise could be heard as the TU-22M3 hit trees at the end of the runway at Kaluga region's Shaikovka military base.

Footage showed the missile carrier speeding up before take off, but then releasing its brake parachute and failing to stop.

The crew of four all escaped from the smashed bomber, and air force officials in Moscow claimed the plane would fly again after repairs to its "serious damage". 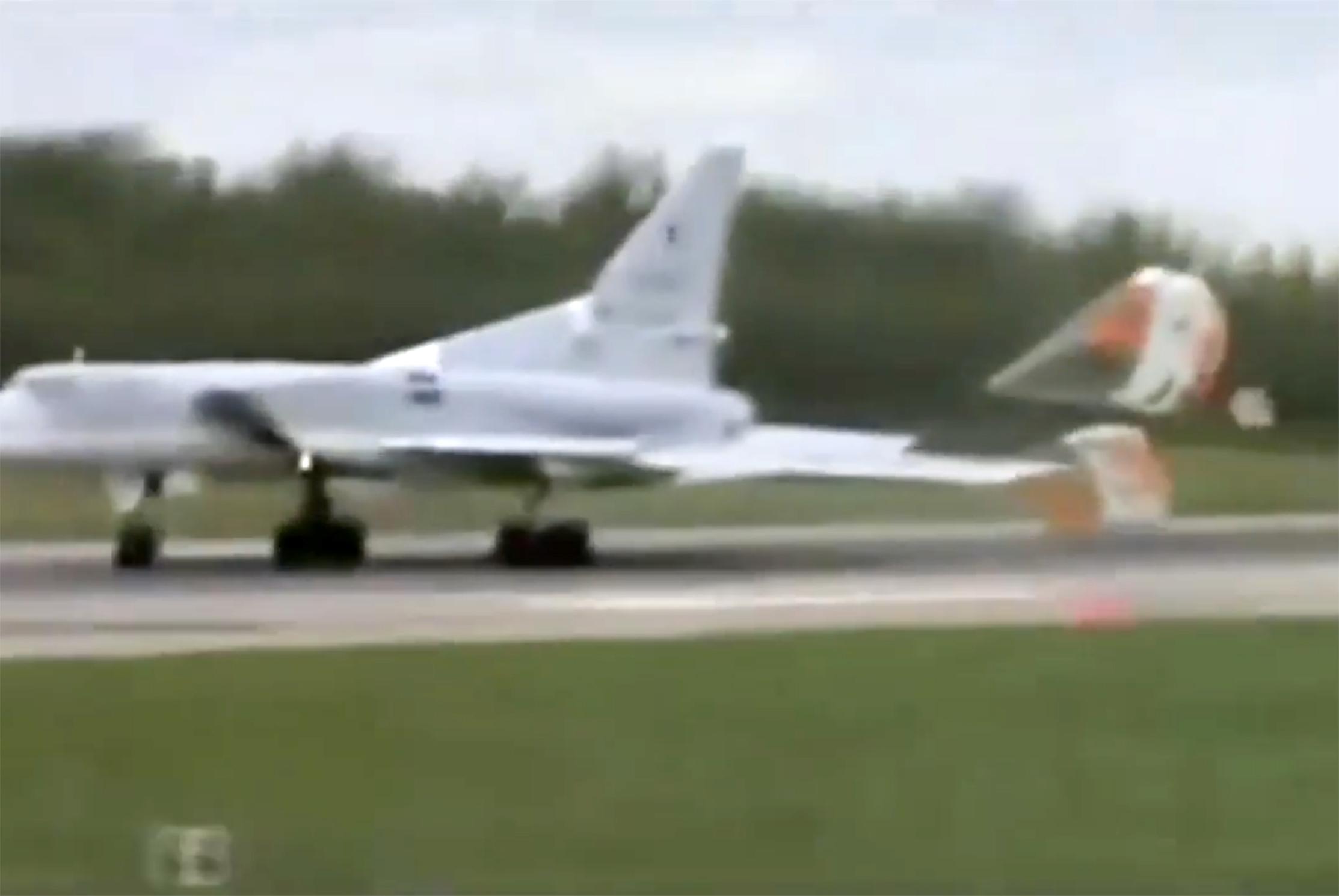 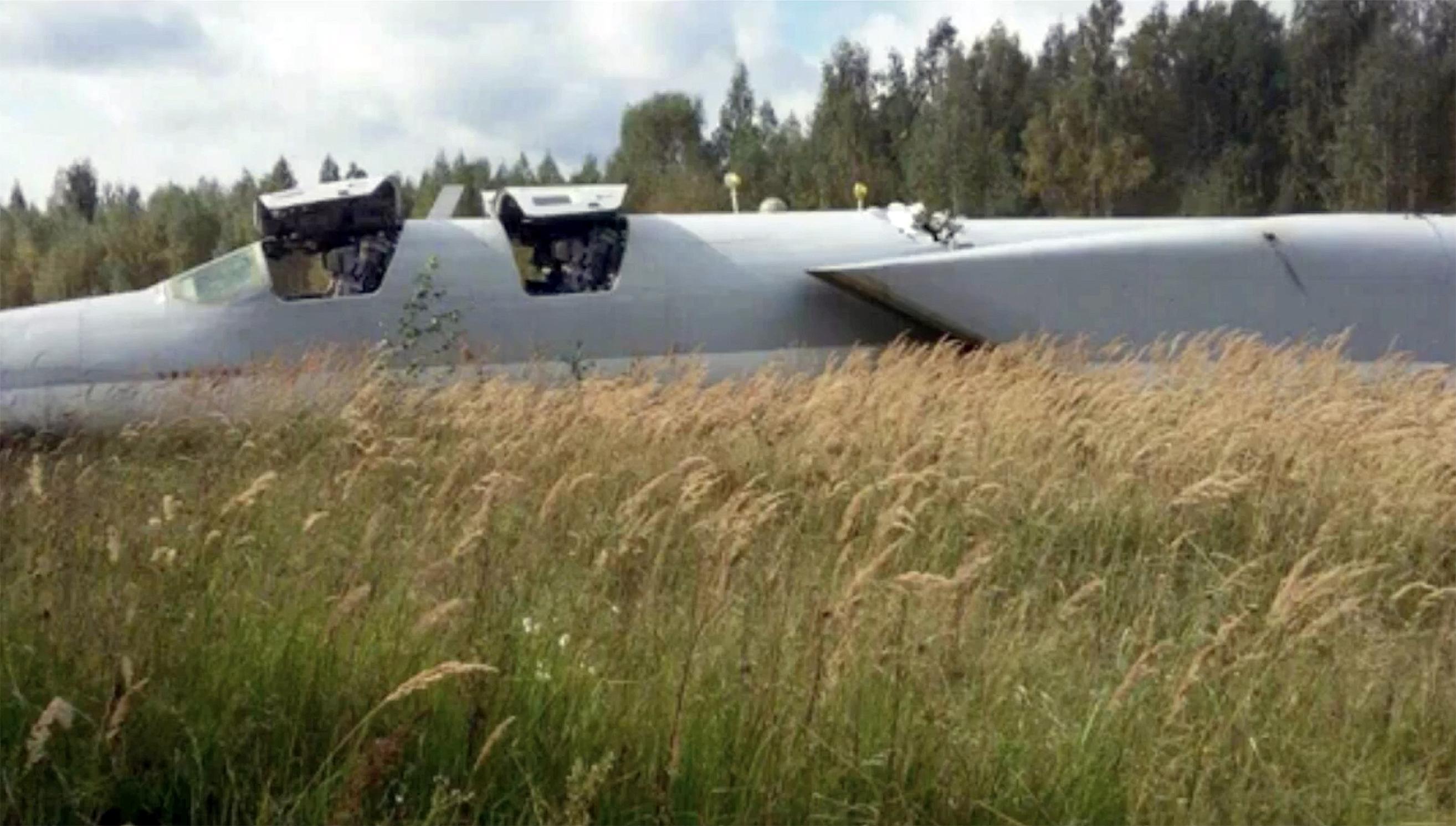 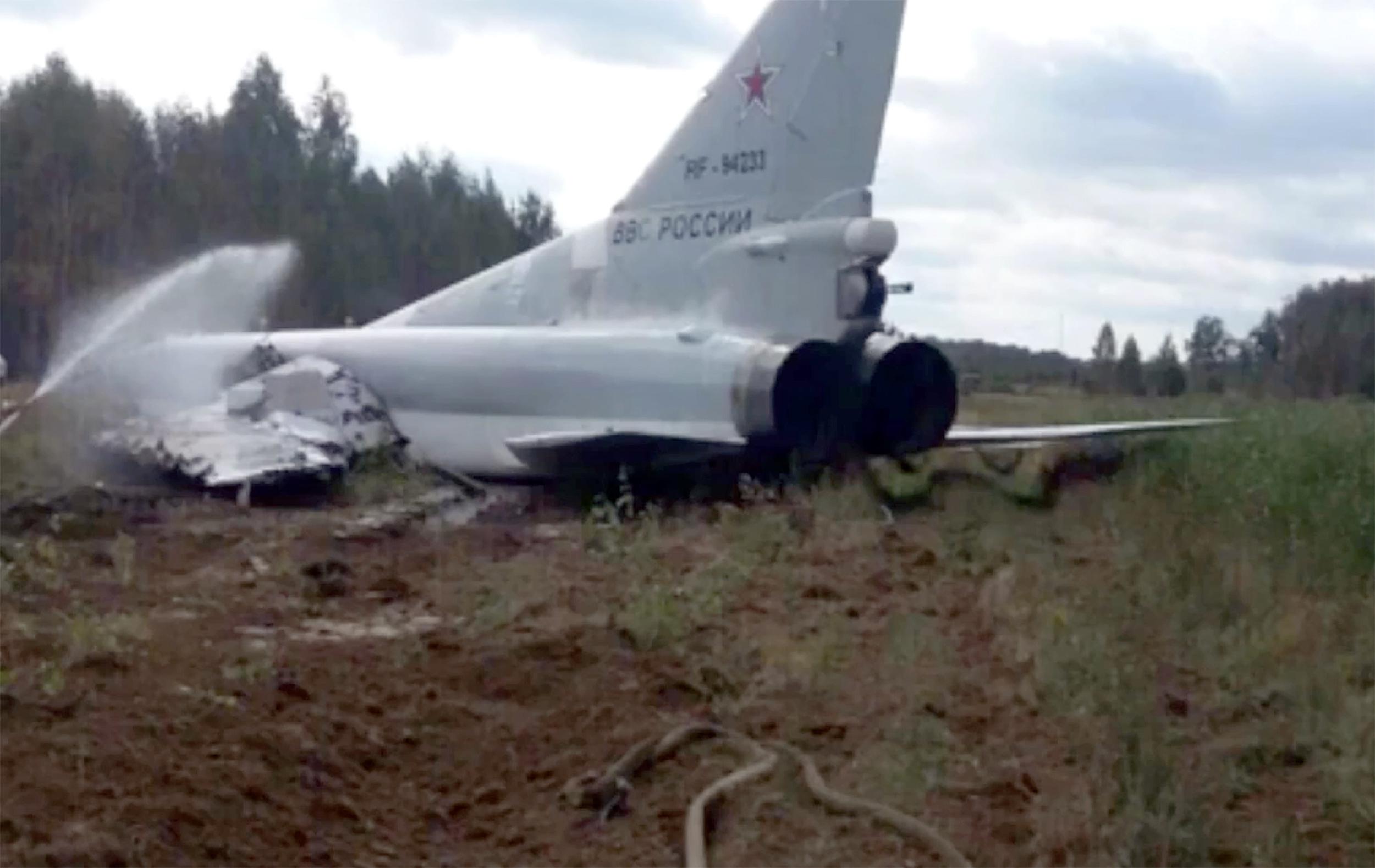 Three years ago, a Tu-22M3 broke in two and erupted in flames as it crash landed in the Arctic .

And back in 2004, another Tu-22M3 crashed in Novgorod region, killing all four crew members.

The Tupolev bomber – an aircraft in service since the Soviet era – can strike targets 4,350 miles from base, and is a key war plane for potential deployment against the West.

The Tu-22M was first deployed in combat missions in Afghanistan between 1987 and 1989.

The Tu-22M3 was used by Russia for combat operations in Chechnya in 1995. 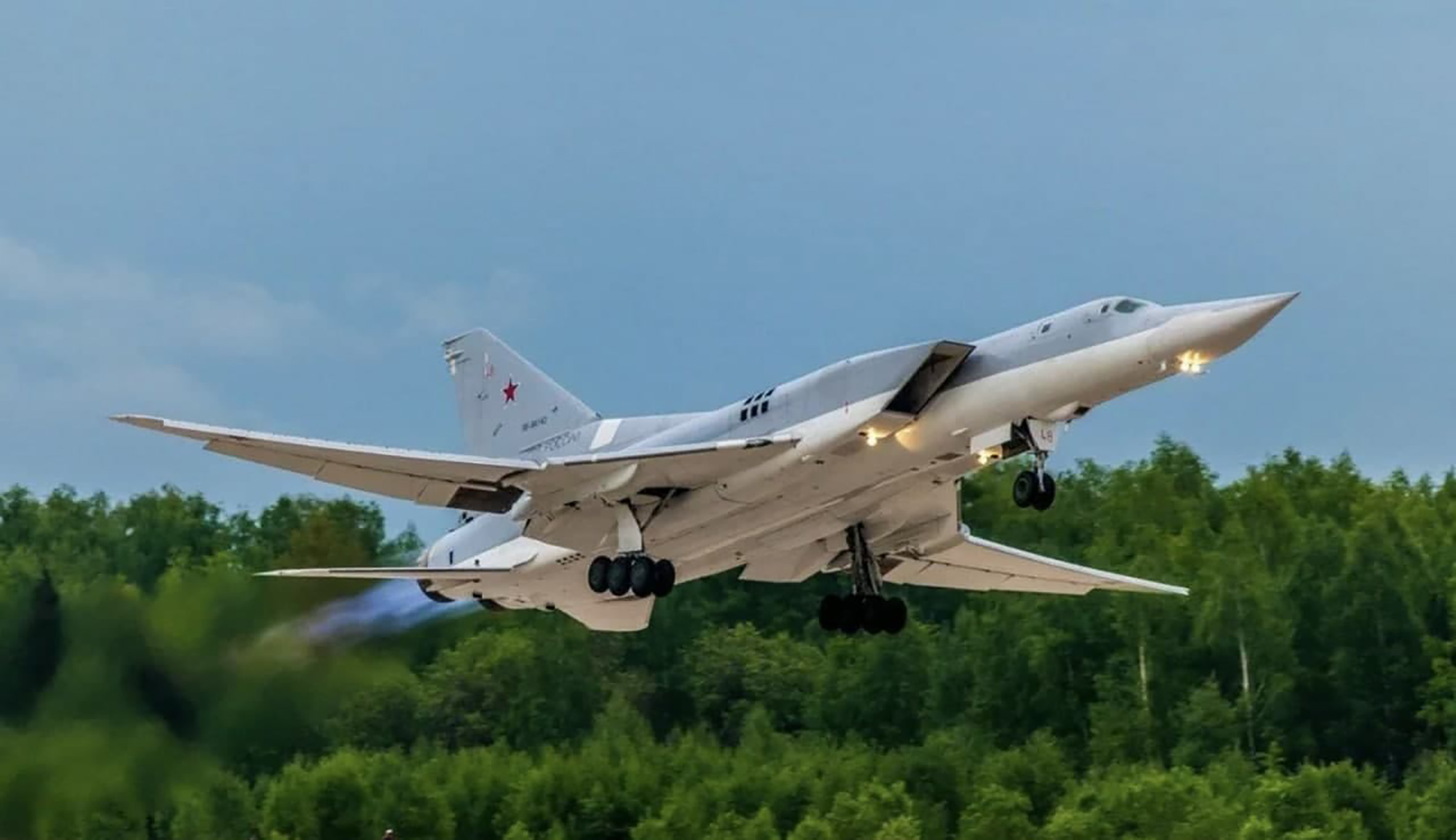 The Tupolev Tu-22M (also known as Backfire) is a long-range strategic and maritime strike bomber developed by Tupolev for the Soviet Air Force.

The aircraft is currently in service with the Russian Air Force and Russian Naval Aviation, writes Airforce Technology.

The aircraft is primarily used to conduct nuclear strike and conventional attack operations.

It can also be deployed in anti-ship and maritime reconnaissance missions.

The Tu-22M3 was used by Russia for combat operations in Chechnya in 1995.

The Tu-22M was based on the design of the Tu-22 aircraft.

The empty weight and maximum takeoff weights of the aircraft are 53,500kg and 126,400kg respectively.