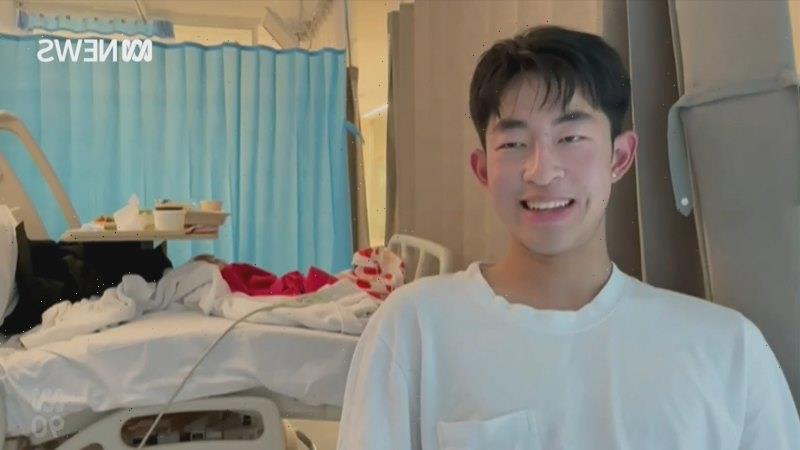 Three of the four teenagers who survived a night adrift in Port Phillip Bay on paddleboards after they were blown 20 kilometres off course have been released from hospital.

The group, which included 18-year-olds Rong Shi and Minghao Li, managed to survive the night on the water despite being inexperienced swimmers without lifejackets. 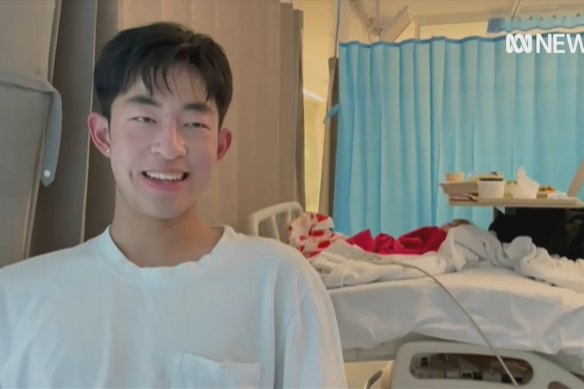 Rong Shi said it was “some miracle” that the four friends survived their ordealCredit:ABC

The two others – women aged 18 and 19 – worked together with their friends to stay afloat on two inflatable paddleboards.

On Wednesday morning a spokeswoman from University Geelong Hospital confirmed three of the teenagers had been discharged.

“The final patient is stable,” the spokeswoman said.

The teenagers were celebrating finishing their VCE and were in the water off Rosebud Beach on the Mornington Peninsula on Monday night. 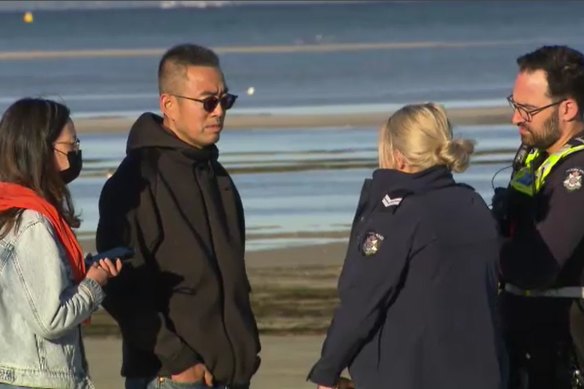 Jack Shi speaks with police at Rosebud during the search for the teenagers.Credit:Nine News

Strong winds and bay currents pushed them out into the bay, and with their phones among their belongings on shore, they were unable to call for help.

They floated through the night and landed more than 20 kilometres away on Swan Island, a military training site off the coast of Queenscliff on the Bellarine Peninsula.

A security guard on the island found them wandering the island at dawn.

Rong’s father Jack Shi said the news of their rescue came as a “huge relief”.

“We were very much worried, they’re not good swimmers, they can swim but do not have the skills to swim in the bay,” he said.

“They wanted to get some fun, but they did not manage the risk. I think it’s a good lesson for him, maybe too risky.”

Jack Shi said his son, who is also known as Jackson, was treated for dehydration and that he and his friends were doing well.

Later on the same day of the rescue, emergency services were called to Frankston Yacht Club about 9.30pm on Tuesday after reports that two paddleboarders were in trouble and couldn’t make it back to shore.

Officers called in the air wing, water police and other services, and a search for the paddleboarders started. The women were located just before 10pm by volunteer rescuers and returned to shore without further incident.