A TIKTOK "time traveller" has shared new videos claiming to prove there will be another pandemic, even worse than the current.

A user who goes by the name of Aery Yormany has declared that a man-made virus will see even more of us perish in just 40 years. 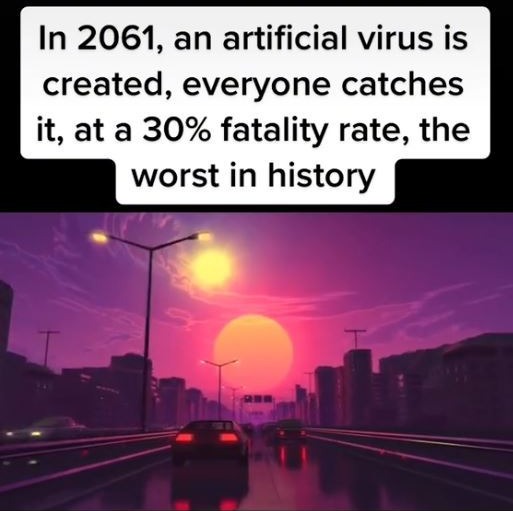 In his video with eerie alien music and a cartoon backdrop of a futuristic-looking motorway he throws in many claims what is yet to happen during the rest of century.

He says that in 2061, a man-made virus with a mortality rate of 30 per cent will take over the planet, "the worst in history".

Among his other declarations, he says a "man-made cloud" will coat the earth for an entire year.

And from 2029, every five years a "everything will be legal for a week".

He claims that the 21st century will be known as the "Great Reset" although doesn't go into much detail as to what's being reset.

In his other videos, he claims to be a time traveller saying that the Titanic didn't actually crash.

The mystery TikTokker says that it was a planned wreck to "hurt people" and that some of the passenger and the captain escaped on another boat called The Olympic.

Also in 2029 – a lot is apparently happening that year – the US will start up again prohibition era, with all forms of alcohol "banned".

In another video, as soon as October 5, he's inviting four lucky earthlings into the future with him.

He assures the potential newbie time travellers to the tune of 'Intense Music': "This will not ruin your timeline.

"It will help you see what is to come in the far future of humanity.

"Hopefully this time the four [humans] will 100 per cent prove I am a real time traveller."

But if you miss out on the express trip into the future – don't worry, another close date for the diary is October 20, where eight humans will "receive superpower from extreme energy from the sun."

In store could be animal communication, dimension control, telepathy, telekinesis, "and more" in case that wasn't enough.

Who and how the lucky chosen ones will be notified is unclear – but watch @aesthetictimewarper for any updates.

It comes as TikTok "time traveller" shared new videos claiming to prove he is the last human alive on Earth after a mass extinction.

Javier, who says he is posting from the year 2027, filmed deserted streets in Spain lined with cars and buildings but no people.

The same unfortunate superpowered TikToker also tells of his fear of being trapped alone in an abandoned city in the future. 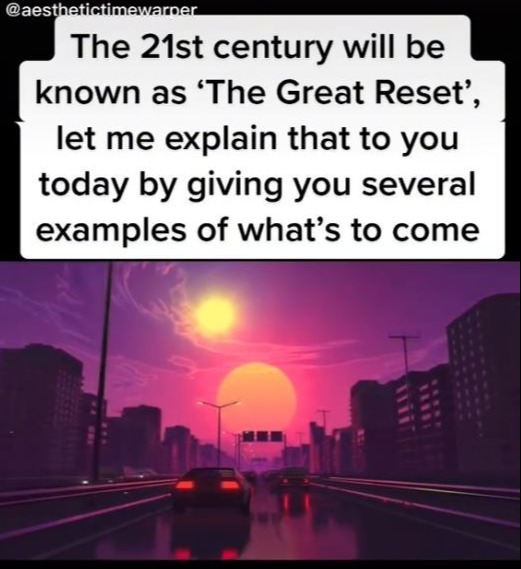