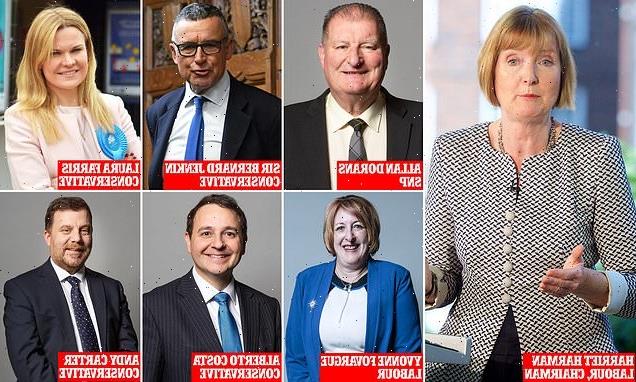 Senior Tories have fought back against the Partygate ‘witch hunt’ of Boris Johnson with a motion calling for the Commons inquiry to be scrapped.

MPs including former leader Sir Iain Duncan Smith said the probe by the privileges committee was ‘unnecessary’ after the Prime Minister’s resignation and should be ‘discontinued’.

They have tabled a motion in Parliament. Mr Johnson’s allies claim the inquiry has moved to stricter terms, which could lead to him being booted out as an MP if he is found to have misled Parliament.

That applies even if he unintentionally misled the House. 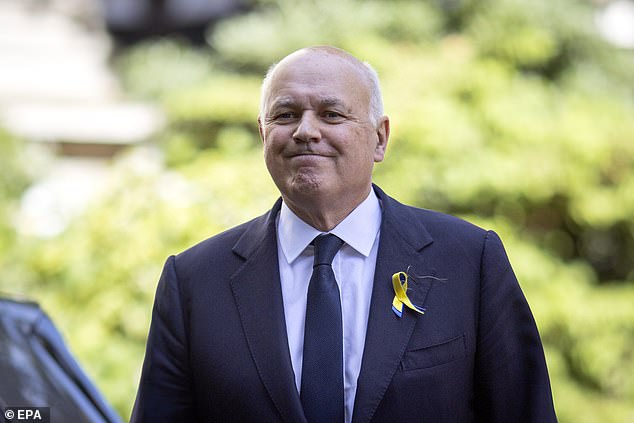 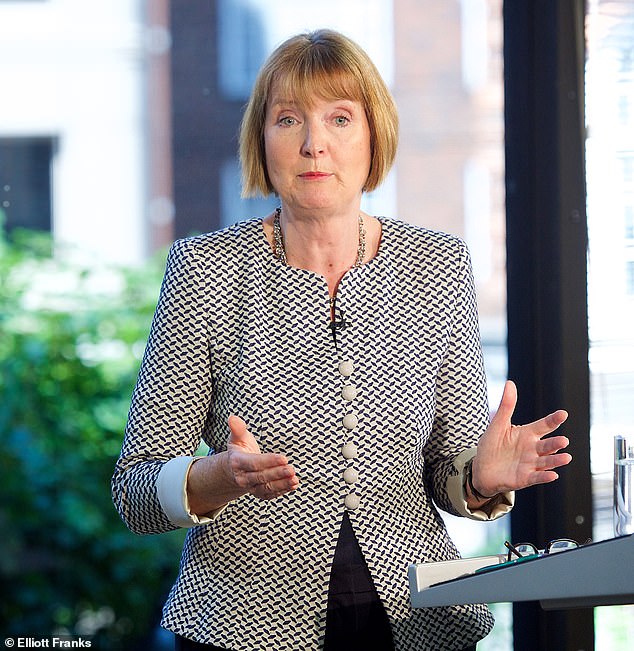 ‘I believe these proceedings should be discontinued. There is also a strong case for the chair Harriet Harman (pictured) to recuse herself,’ said Tory MP Bill Cash. Pictured: Labour MP Harriet Harman giving a  speech on the Human Rights Act at Labour Party HQ in 2015

The inquiry was sparked after the Metropolitan Police investigation into lockdown gatherings in Downing Street during Covid.

Mr Johnson was fined for attending what was considered to be a birthday party in the Cabinet Room in June 2020.

If the group of seven MPs on the committee finds that he was in contempt, he could be suspended from Parliament.

If the punishment is more than ten days’ suspension, he is open to recall, which could lead to a by-election in his west London constituency. 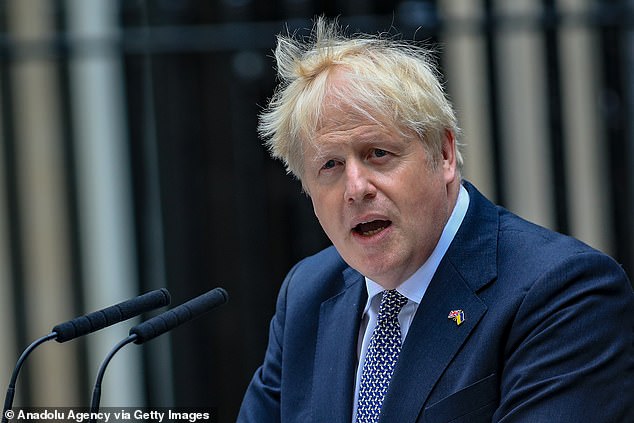 Boris Johnson’s allies claim the inquiry has moved to stricter terms, which could lead to him being booted out as an MP if he is found to have misled Parliament 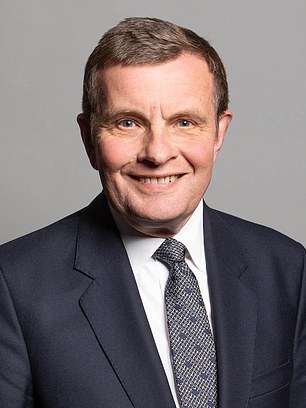 But Mr Johnson’s supporters say the committee had ‘moved the goalposts’ and labelled the probe a ‘witch hunt against one of the most successful politicians of our time’.

The motion from backers of the PM, laid before the Commons on Thursday, ‘expresses concern with the publication of the report by the privileges committee’ and ‘notes the divergence from the established convention’.

The inquiry is ‘now unnecessary and should be rescinded’, it said, imploring ‘the proceedings of the privileges committee be discontinued’.

Sir Bill Cash, a Conservative MP since 1984, who tabled the motion, said: ‘It is really quite extraordinary and unacceptable. What they’ve done is inconsistent with the general law of Parliament.

‘I believe these proceedings should be discontinued. There is also a strong case for the chair Harriet Harman to recuse herself.’

Tory MP David Jones said: ‘It is an affront to natural justice. The committee is saying that if you make an innocent mistake you can be found in contempt.’

A further Tory MP said: ‘I think you’ve got a bunch of MPs who can’t stand Boris, even on the Tory side. They want to get him one way or another.’

Mr Johnson has already apologised for ‘unintentionally’ misleading Parliament, and corrected the record to say lockdown rules were breached.

But the privileges committee said they have been advised by the Clerk of the Journals, who is in charge of parliamentary procedure, that ‘intention is not necessary for a contempt to be committed’. 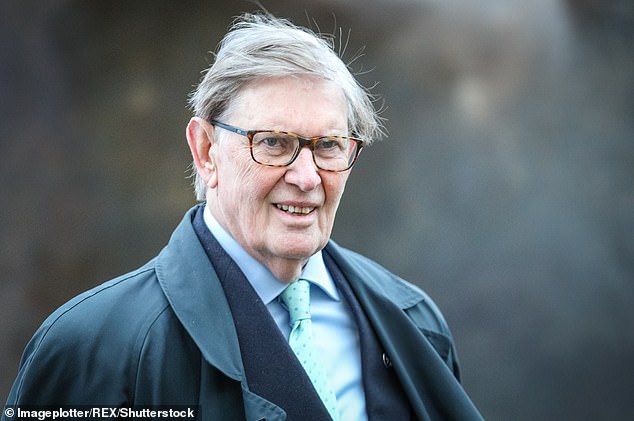 It is really quite extraordinary and unacceptable. What they’ve done is inconsistent with the general law of Parliament,’ said Sir Bill Cash (pictured), a Conservative MP since 1984, who tabled the motion

Questions have been raised over the independence of the committee as its chairman, former Blairite minister Miss Harman, has repeatedly said Mr Johnson misled the Commons.

The veteran Labour MP re-posted a blog by former Labour spin doctor Alastair Campbell which said the PM and Rishi Sunak ‘broke their own emergency laws. They lied. Repeatedly. They trashed the ministerial code.’

The committee has also been criticised for the fervour of its investigation. It requested a visit to No 10 to see the site of the parties, in what one Johnson ally compared to a jury investigating a crime scene.

It has also asked for email invites, No 10 entry logs, Mr Johnson’s diaries and WhatsApp messages.

The inquiry comes against a backdrop of growing unrest among the Tory grassroots that MPs have removed a proven vote-winner in Mr Johnson.

Yesterday the number of Conservative Tory members signing a petition demanding a vote on the Prime Minister’s removal reached 7,000 – or 5 per cent of the total membership.

Has the jury of seven made up its mind already? 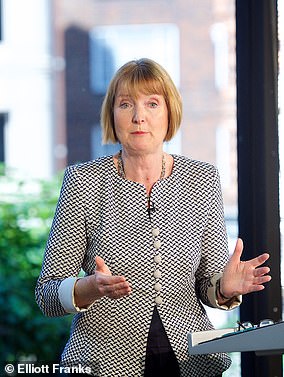 Labour grandee Harriet Harman, named the ‘Mother of the House’ because she is the longest serving female MP, was appointed chairman of the privileges committee in June – but there was anger that such an ‘overtly political’ figure could lead such a high profile investigation.

She took over from Chris Bryant MP, who recused himself because he had repeatedly stated his strong opinion on Partygate.

Yesterday Miss Harman faced the same calls after tweeting that in accepting fines, the PM and Chancellor were ‘admitting that they misled the Commons’. 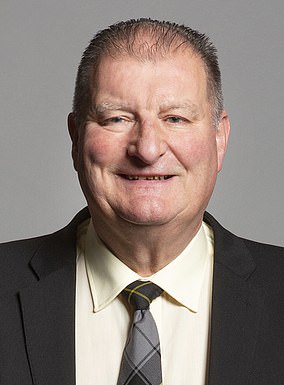 He re-posted a comment saying the initial report by senior civil servant Sue Gray into Partygate had ‘already proved he [Boris Johnson] lied’. It added: ‘That is and always has been an automatic resignation issue.’

The former Johnson ally skewered the PM in the days before his resignation, saying ‘there’s no question, it’s over’. In chairing a session of the liaison committee, he allowed a Labour MP to announce the resignation of members of the Government on live TV. 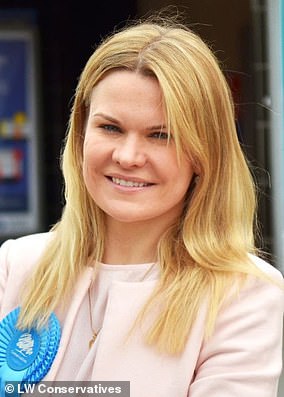 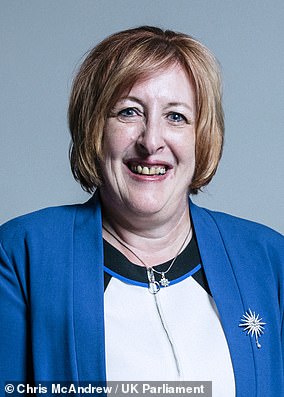 The ex-journalist and barrister, a backer of Rishi Sunak, has been described as a ‘Remainer who hates Boris’. She, Andy Carter and Alberto Costa all quit as parliamentary private secretaries to be on the committee investigation.

The ex-Citizens’ Advice Bureau boss, a Corbyn shadow minister, shared a post by a Labour MP saying ‘people feel let down, lied to, and laughed at by the Prime Minister and those around him’. 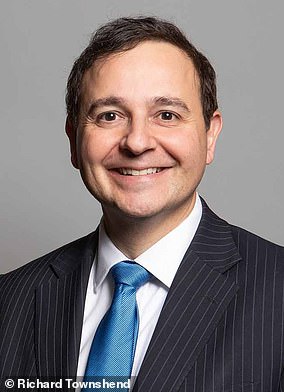 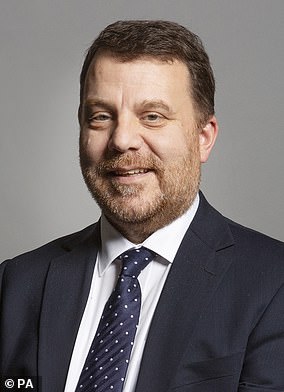 The MP for South Leicestershire, an ardent backer of Penny Mordaunt, aimed a barb at Boris when he said the next PM must prioritise ‘standards and integrity’.

The Tory MP has refused to comment on Partygate investigations but, following the Prime Minister’s resignation, he said: ‘I believe this is the right thing to do, and is in the nation’s best interests.’