The pup appeared to have lost its mother before the group stumbled upon it while working on Russia’s Sakhalin island, which is in the Pacific Ocean north of Japan.

Footage shows the youngster trying to move around on the ice before a man goes to comfort it and it is moved into a sledge.

Video shows the seal making its way around the ice before a man goes to comfort it and strokes under its chin.

The clip then jumps to the men, who are wearing warm red snowsuits, dragging the adorable pup in a sledge.

While it is moved the seal appears calm and looks out over the side of its transport as the fishermen reach a road where they’re waiting for a local animal rescue service.

One of the unnamed fishermen told reporters: ‘We came to fish, it was dark outside when we heard a cry. 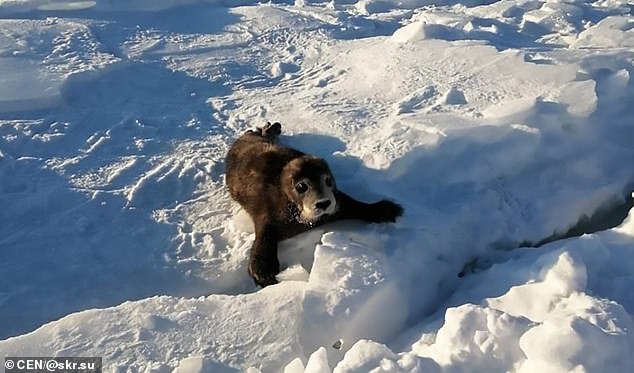 A group of fishermen stumbled upon and tried to help a seal pup (pictured) while they were working on Russia’s Sakhalin island, which is in the Pacific Ocean north of Japan 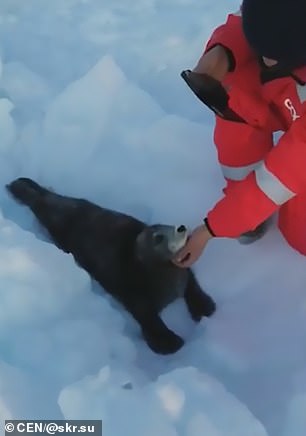 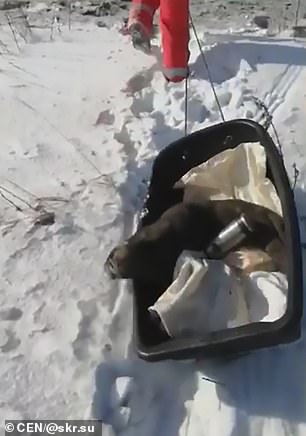 ‘First we thought it was a baby and started to look for it yet soon we noticed a newborn baby seal all alone. It was most probably just a few days old as it was still wet behind the ears.

‘We waited a bit for the seal’s mother to come but after a few hours we decided to call the rescuers as she didn’t appear.’

Specialists from the Prigorodnoe animal shelter then reportedly took the baby seal, warmed it up and fed it.

The fishermen said they were told by the shelter the seal was feeling well and active, however, some local sources reported the animal had died. 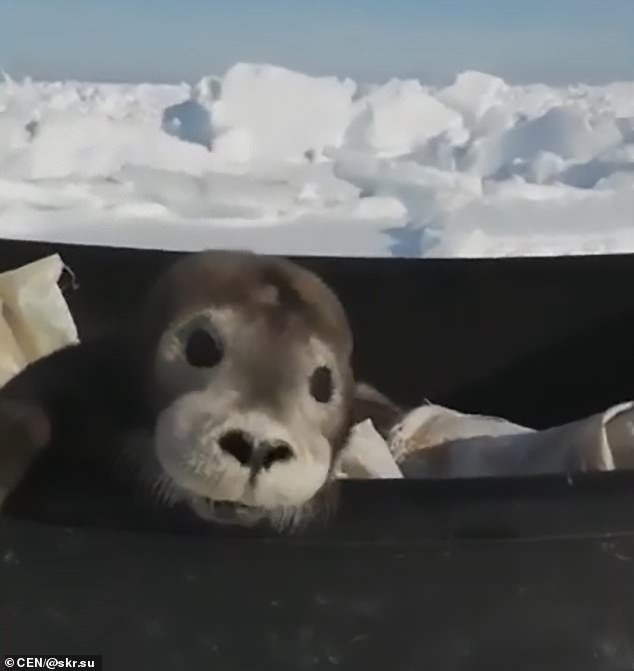 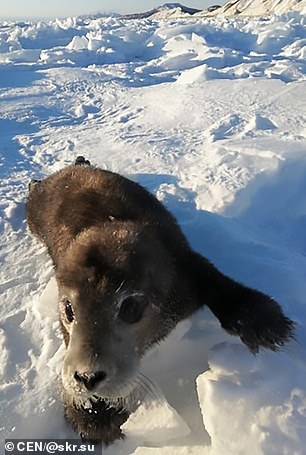 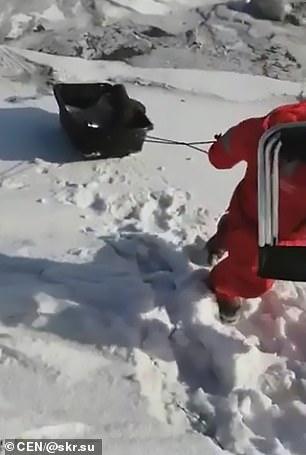 In a statement by local environmental group Zeleny Sakhalin fund they criticised the Prigorodnoe shelter for acting incorrectly, saying that if the baby seal was dead then it was the shelter that was to blame.

The fund said: ‘The animal was not supposed to be warmed up or fed or even touched. They needed to stay away from it and watch it as most probably the animal’s mother would appear’.

They gave some instructions for the public if they find a lone baby seal: ‘You should never feed or warm this animal up, don’t even touch it. You have to stay apart by a minimum of 200 feet so as not scare the mother if she appears.’