SOCIAL MEDIA-driven tourists are risking their lives and flocking to an erupting volcano in Hawaii to score a blazing hot selfie with molten lava.

Stuck inside for the pandemic, these selfie stick carriers are risking life and all to snap a selfie at Hawaii's Kīlauea volcano, which began erupting on December 20 and hasn't stopped since, sending a cloud of ash up over 30,000 feet in the air. 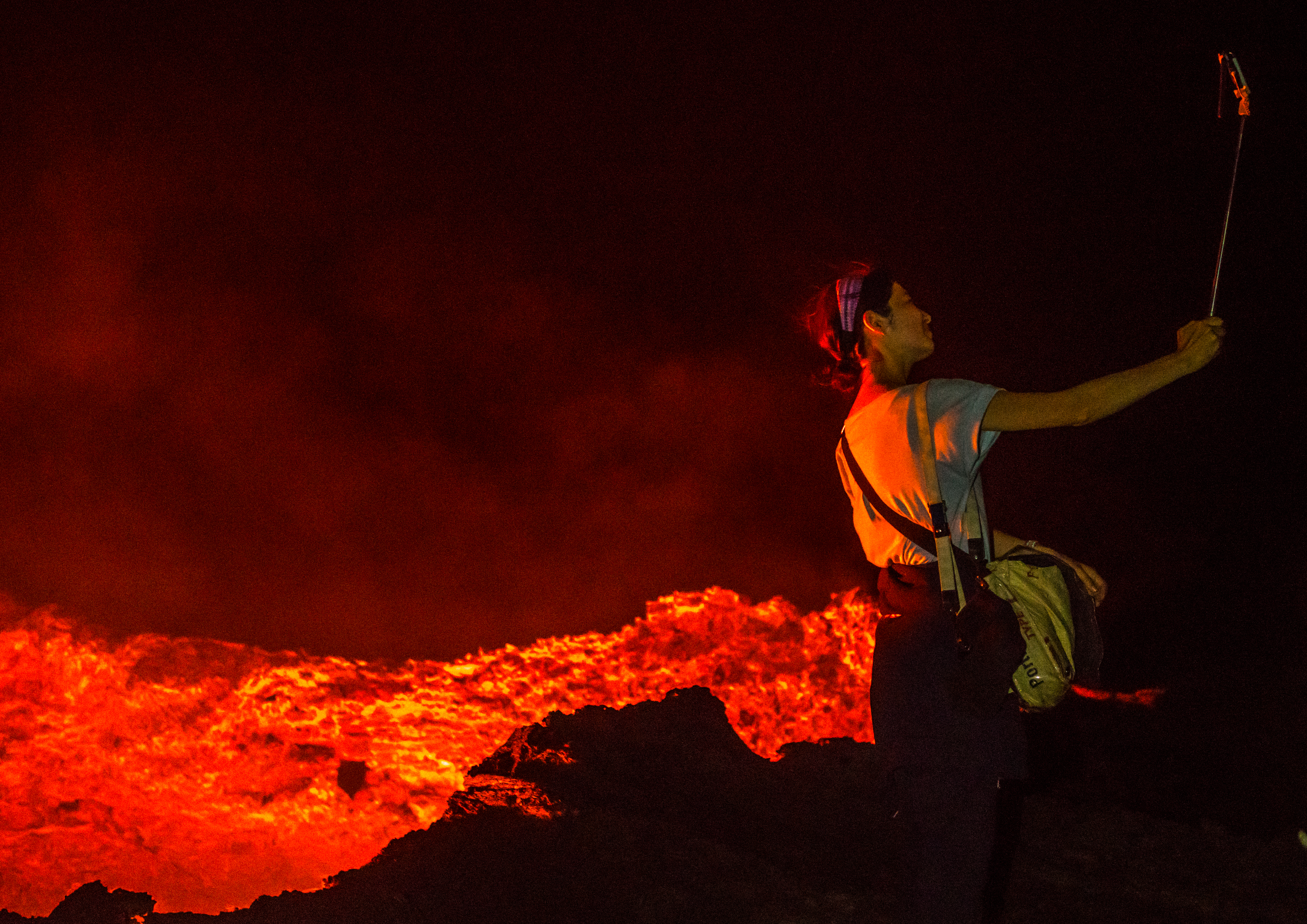 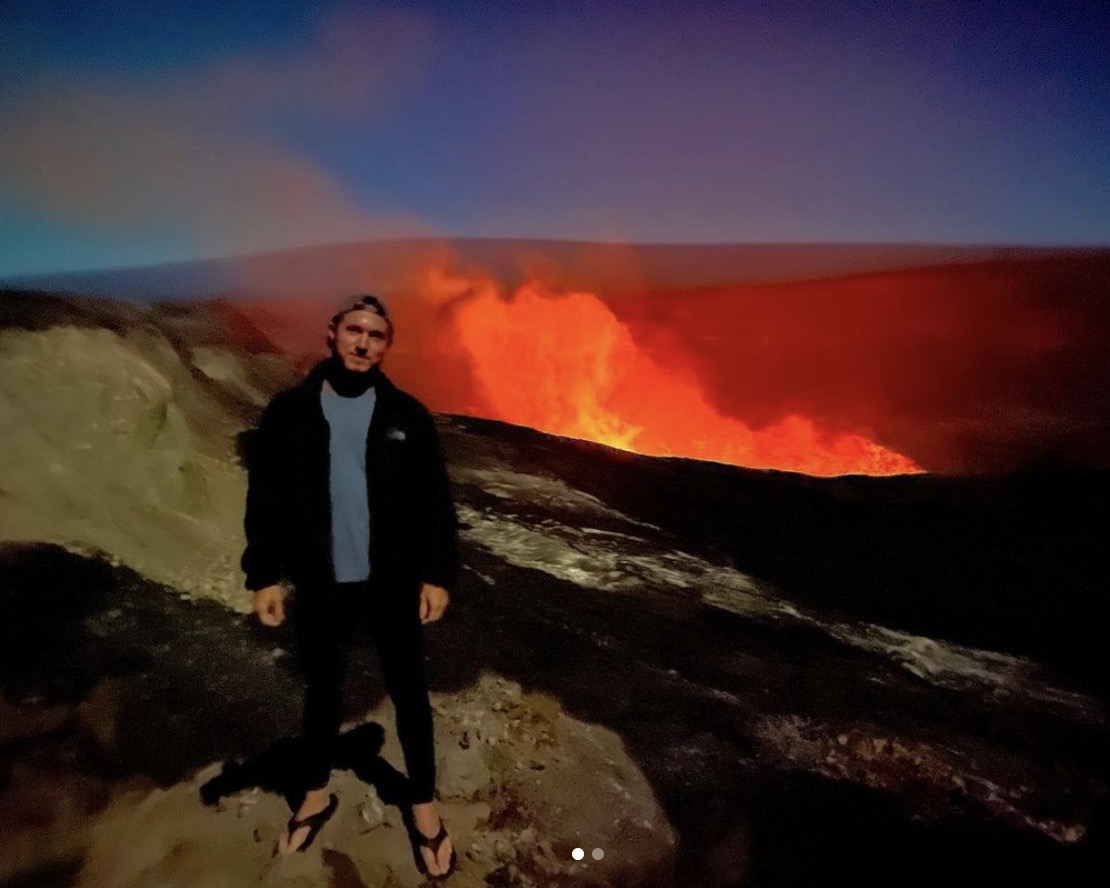 Officials from the National Park Service, on which federal property the volcano is located, are warning tourists not to risk their lives for a simple photo.

"The return of lava to Kīlauea volcano has resulted in a sharp increase in visitation, and a rise in potentially deadly closure violations at the summit lava lake after dark," a statement from the NPS read. "Visitors should stay back from cliff edges and heed closure notices and barriers."

The NPS warns the still-erupting volcano sends "fountains" of lava up to 164 feet in the air in addition to "occasion[al] blasts of uncertain origin" and toxic gas clouds.

Despite these repeated warnings from the NPS about the very real physical danger people are putting themselves in, tourists are still heading to the hot locale in record numbers. 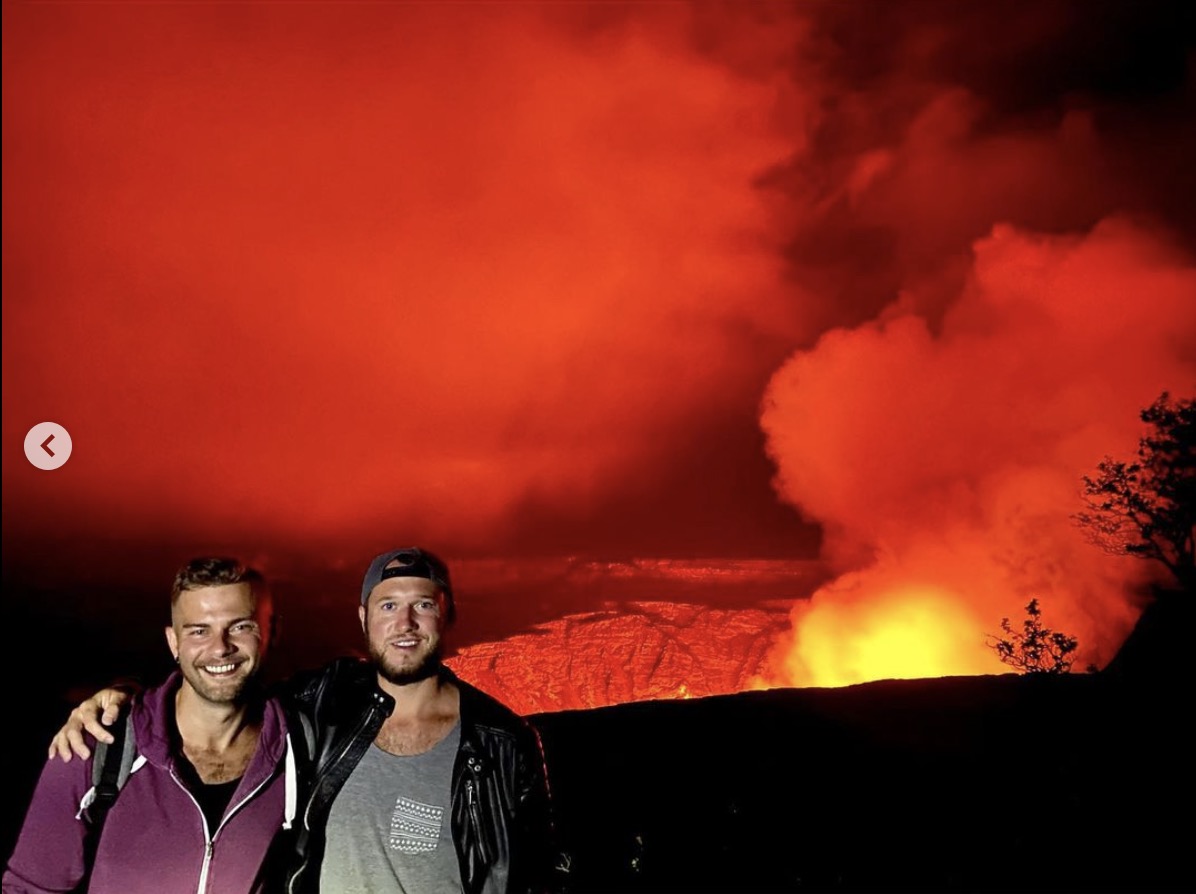 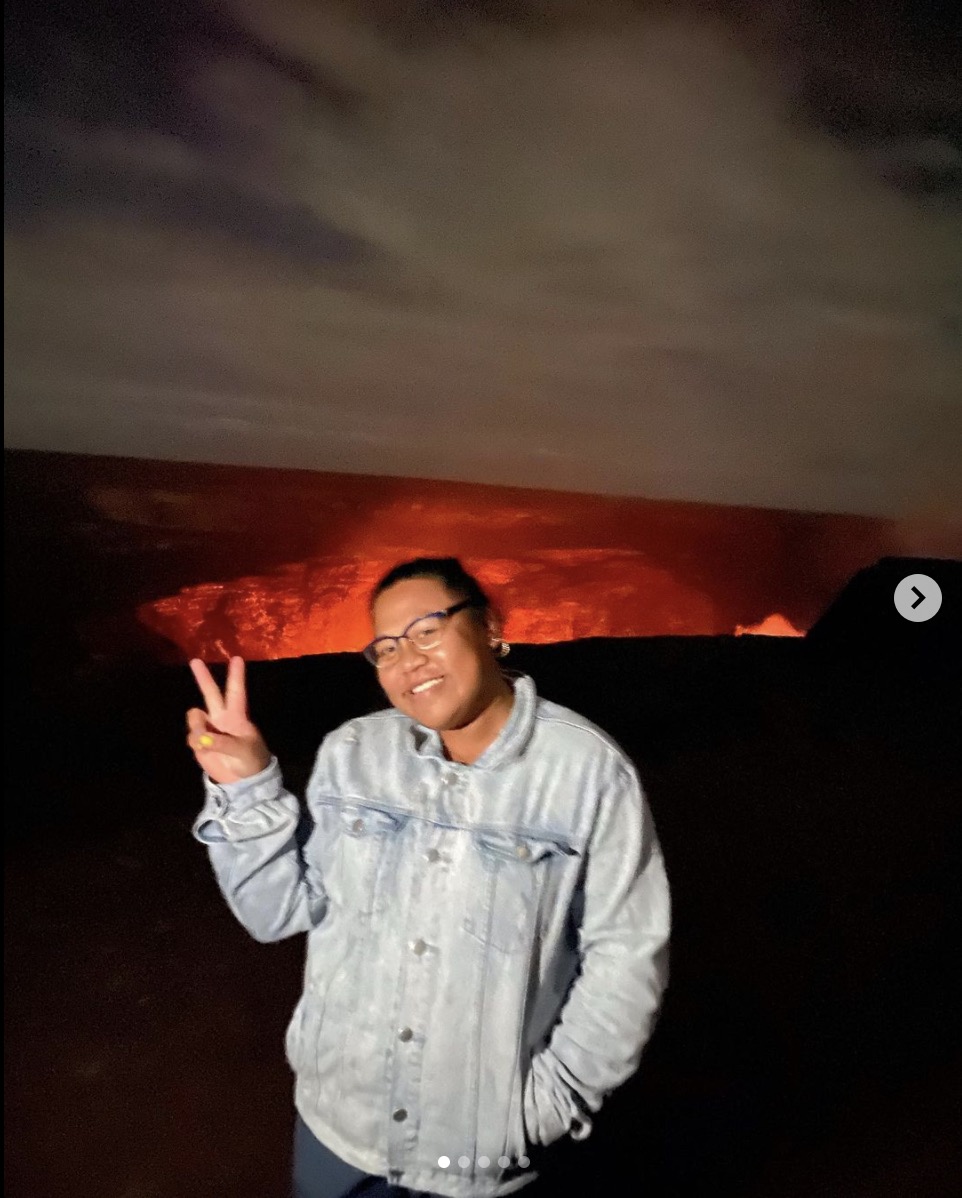 "Despite these potentially lethal hazards, park rangers have cited dozens of careless individuals intent on snapping a photo or video for social media bragging rights," the NPS said coldy.

The Kīlauea volcano is located in Hawaii Volcanoes National Park, which has kept designated viewing areas of the volcano open – but they lack a clear view of molten lava, which the NPS warns would be unsafe and therefore closed off to the public.

However, tourists are risking their lives to get a pic of that slow-running red rock – and that's a big problem for the Park Service, which has not yet disclosed how close people have gotten to the lava, but have said no injuries have been reported.

Geologists have also warned that "dangerous levels of volcanic gas, rockfalls, explosions and volcanic glass particulates" the air, and therefore have cautioned against proximity to the volcano. In some areas, the U.S. Geological Survey reported the ground sunk two inches and remains unstable.

"All it takes is a slight change in wind direction and these offenders could inhale a fatal dose of volcanic gas," Chief Ranger Jack Corrao said in the NPS release. "One misstep or a crumbling cliff edge and they could plunge into the vast pit of molten rock or to the crater floor

"We want to keep the park open so everyone can safely experience this beautiful new eruption, but when visitors enter closed areas, rangers must concentrate on these few individuals," he continued. "This puts our staff in hazardous situations and causes them to shift their focus away from the safety of visitors experiencing the eruption in designated viewing areas."

The volcano continues to erupt as of Monday of this week, even creating a lava lake crater that is 580 feet deep.

"Initially, the lava lake was rising several tens of meters (yards) per day; however, the lava lake level has not risen significantly over the past day," said the U.S. Geological Survey.