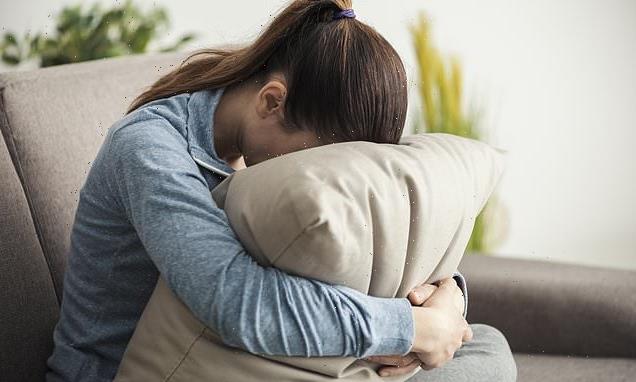 Trans criminals could be put in single-sex units based on their ‘acquired gender’: Concern over draft plan that could see male-born youth offenders aged 10 to 18 housed with young girls

Young offenders who identify as transgender could be put in single-sex units based on their ‘acquired gender’ as part of a plan being considered by the government.

Campaigners have said parts of the Youth Custody Service’s draft Transgender Guidance documents are ‘troubling’ and ‘risky’ due to concern over male-born 10 to 18-year-olds being housed with girls.

The draft paper, set to be published and finalised this autumn, says that staff in the first instance would seek to place a trans child in a secure children’s home or training centre rather than a young offenders’ institution, which usually only house boys.

This is due to children’s homes and training centres accommodating both genders, meaning the child would interact with both boys and girls.

If they are put in a mixed institution with single-sex units for boys and girls, the trans child could be housed ‘in the unit of the acquired gender’ – based on a risk assessment, The Times reported.

This comes amid the government’s equality watchdog ruling that trans people can be legally banned from single-sex spaces and the NHS’ only children’s Gender Identity Clinic being forced to close. 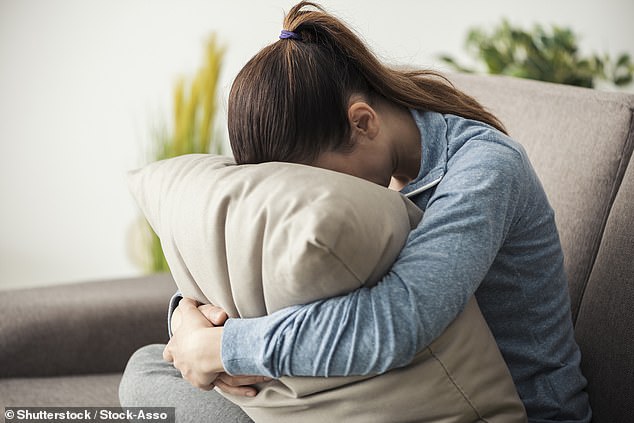 Heather Binning, of the Women’s Rights Network, told the Times: ‘The wider implications of this are troubling.

‘Policies for girls are being changed with no regard for the material reality of their sex and their need for safety, privacy and dignity when they are going through puberty.’

In a statement Women’s Place UK told the MailOnline: ‘Any policy that allows for mixed-sex accommodation is more evidence that child welfare is not at the centre of the youth detention model.

‘The law allows for single-sex provision, especially where girls sleep and dress. Ofsted’s 2021 report showed that the sexual harassment and assault of girls in schools is widespread, so allowing boys to share accommodation with girls in youth detention centres puts a group of highly vulnerable girls at significant risk of sexual violence and harassment.’

Specialists from the Youth Custody Service, part of Her Majesty’s Prison and Probation Service, and NHS came up with the guidance to comply with a national justice system policy, in force since 2019, which covers how to look after trans people in the prison system.

It requires that trans children be matched with the part of the justice system that matches their legally recognised gender but this can be changed by officials at the Youth Custody Service and the new guidance explains how this could happen. 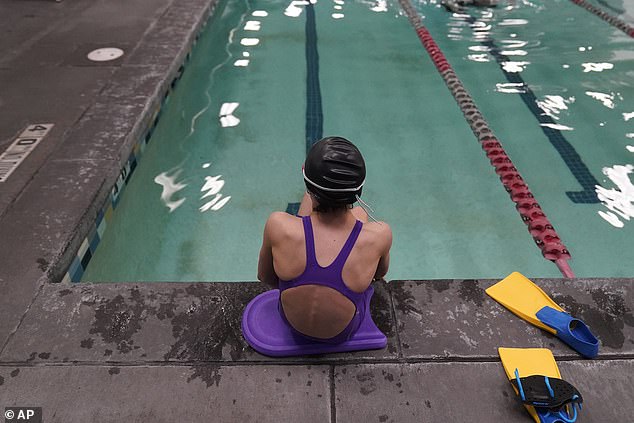 Campaigners have described elements of the Youth Custody Service’s draft Transgender Guidance documents as ‘troubling’ due to concern over male-born 10 to 18-year-olds being housed with girls. Pictured: A 12-year-old transgender swimmer waits by a pool

It says: ‘If CYP [children and young people] are placed in a mixed establishment with distinguished units for males and females, transgender CYP are to be placed [in the] unit of the acquired gender if […] the risk assessment supports this.’

And if it does, the trans child can be put in secure and smaller units in children’s homes or training centres where they can mix with both genders.

It adds: ‘This will allow transgender CYP to feel more comfortable expressing their transgender identity in a mixed environment rather than in a secure setting where they are only mixing with one gender.’

They added: ‘These claims are misleading. Boys and girls are generally accommodated together in the youth estate and a transgender child would never be moved to a different unit simply based on their own wishes, safeguarding is always the priority in placement decisions.

‘There are currently no transgender children in the youth estate.’

It was also said that the ‘primary concern’ for placing a child was safeguarding and placements were built around a ‘child’s identified needs’.