Trump took the stage shortly before 7 p.m. at the Delaware County Fairgrounds, hours after people first arrived to hear him speak on an unseasonably warm April day. The former president used the appearance to air grievances about his White House successor and criticized Democratic policies on the U.S.-Mexico border, inflation and law enforcement. 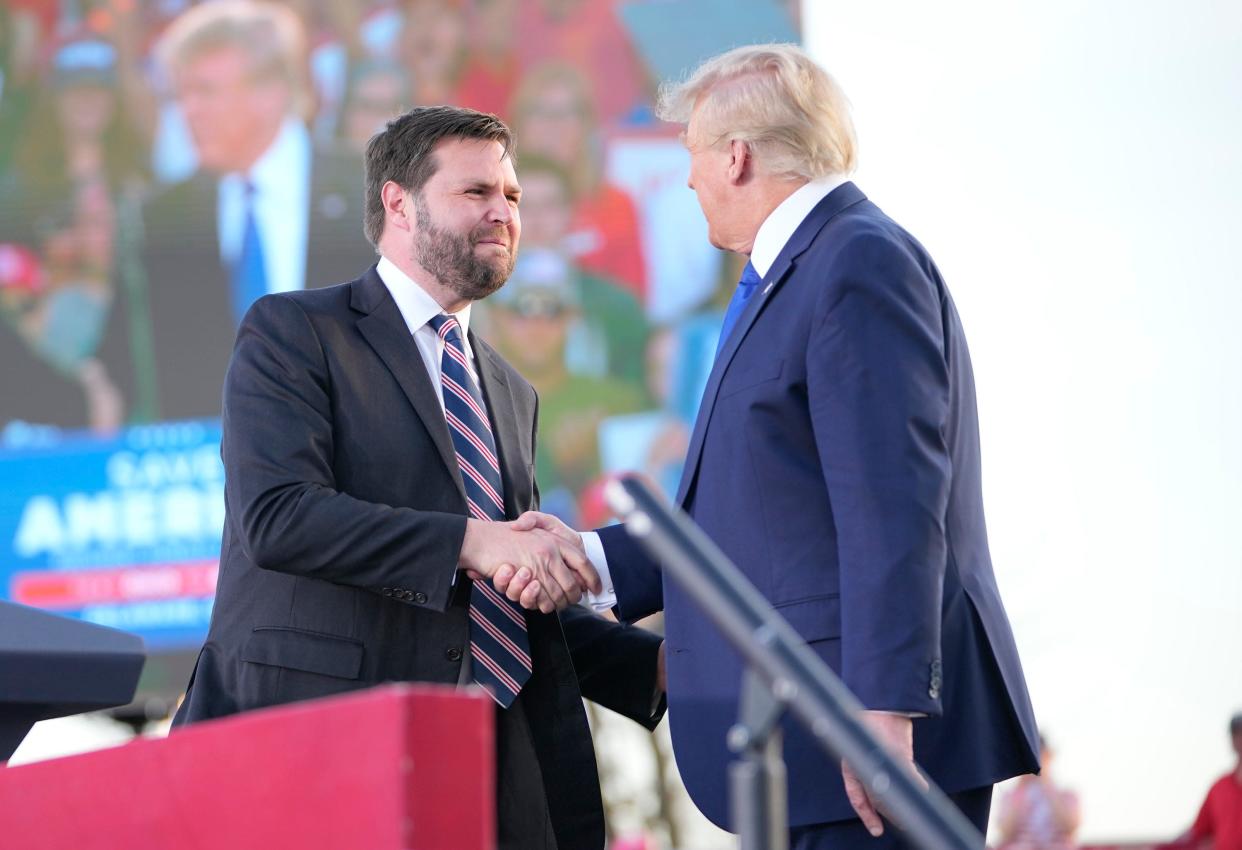 Peppered throughout his speech were references to author and venture capitalist J.D. Vance, who Trump is backing in the GOP primary to replace retiring Sen. Rob Portman. In his overture about Vance's candidacy – which came nearly an hour into the speech – Trump cast Vance as the best chance to keep the Senate seat in Republican hands.

"I studied this very closely," Trump told the crowd. "I like a lot of the other people in the race. I liked them a lot. But we have to pick the one that’s going to win. This guy is tough as hell. He’s going win."

Trump's decision was a blow to other candidates in the race who spent months clamoring for his support: former state treasurer Josh Mandel, investment banker Mike Gibbons and former Ohio Republican Party chair Jane Timken. Only state Sen. Matt Dolan, who Trump empathically said he would not endorse, did not seek the former president's nod. 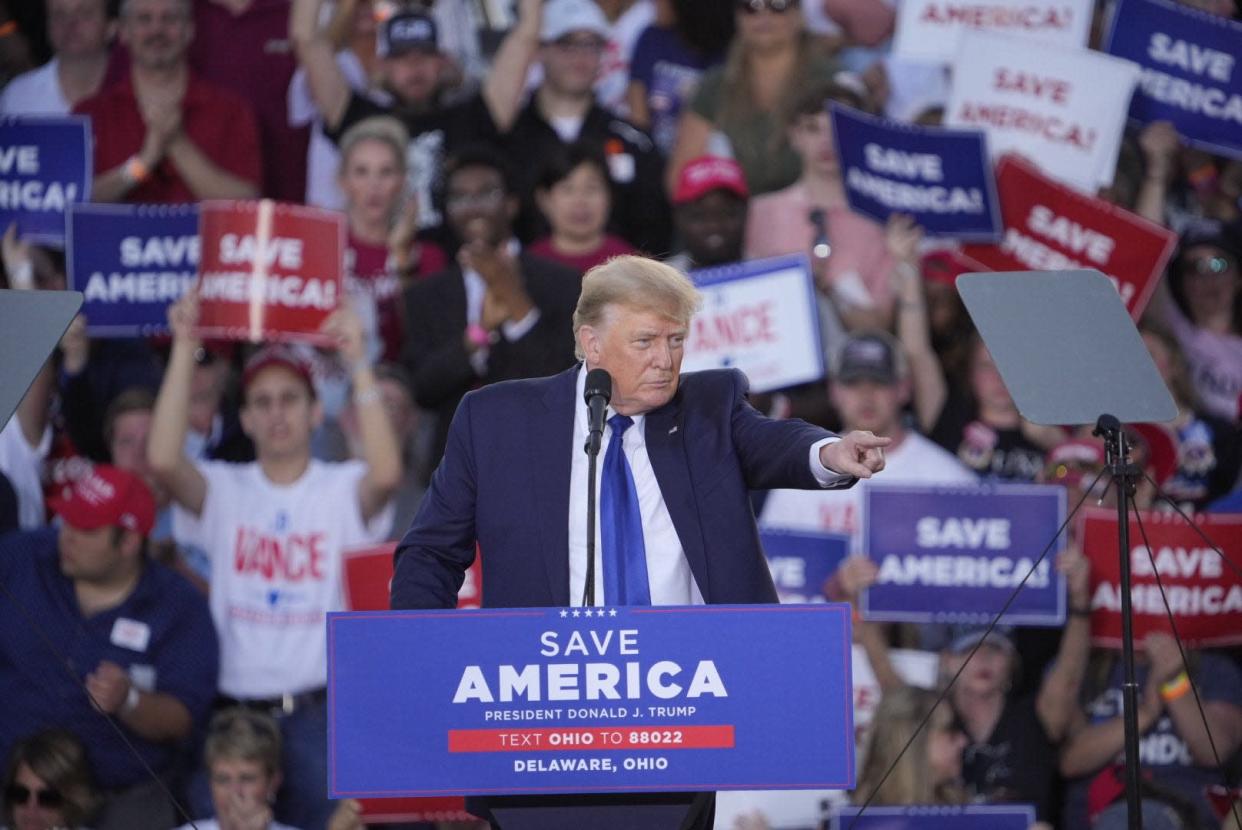 Vance secured the nod despite his well-documented criticisms of Trump in 2016. Most recently, a former roommate of Vance’s published messages from that year in which Vance pondered whether Trump is "America’s Hitler."

"But you know what, every one of the others did also. In fact, if I went by that standard, I don’t think I would've ever endorsed anybody in the country," Trump said. 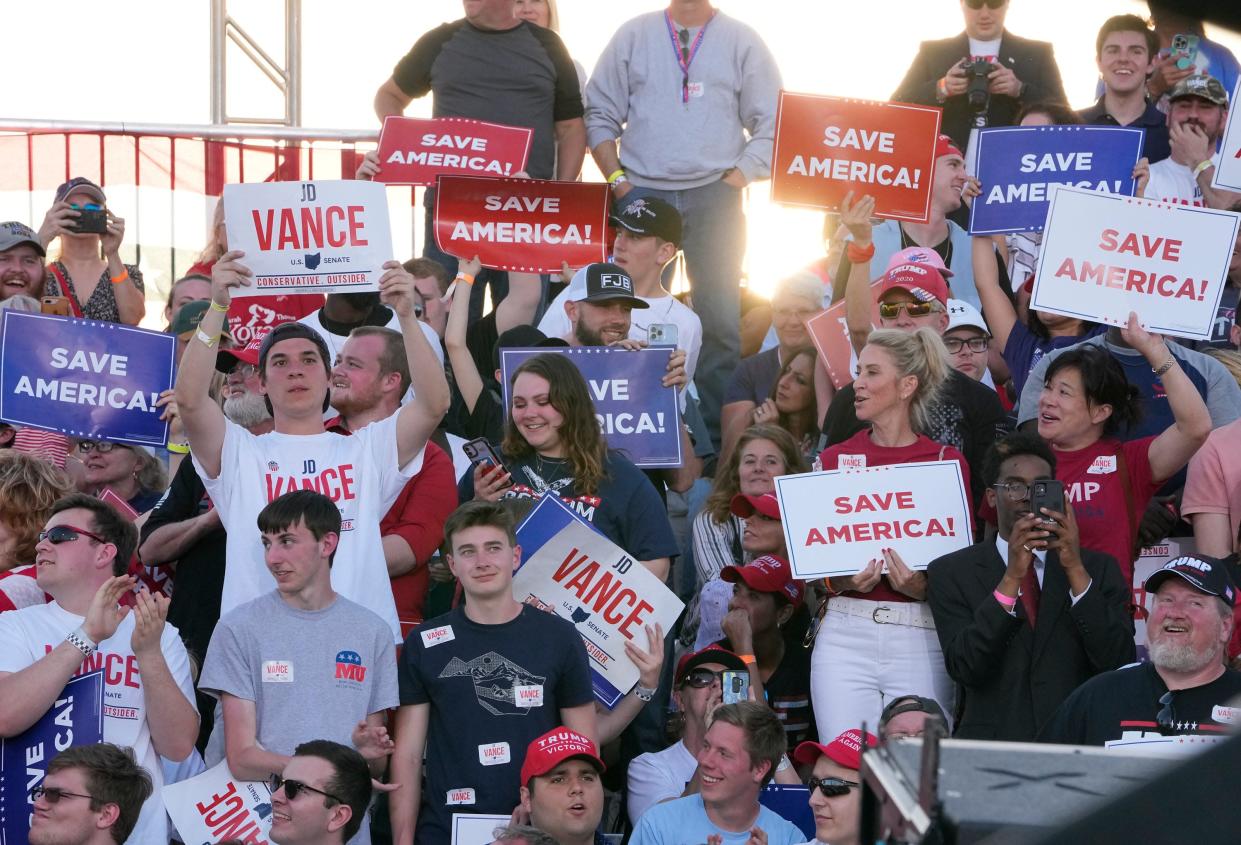 Trump aimed to encourage supporters to rally behind Vance, even as some Ohio Republicans express frustration over the endorsement. Multiple groups called on voters to protest at the fairgrounds, and 33 Trump delegates from 2016 penned a letter calling on the former president to reconsider.

Vance's first appearance on stage Saturday was met with a mixture of boos and cheers.

Some attendees said they would support Vance based on Trump's endorsement, but others said they want to research the candidates themselves. Christy Bessey, of Lebanon, said she's been leaning toward Mandel and accused Vance of jumping on the Trump bandwagon. Her husband, Wals, is a Vance supporter. 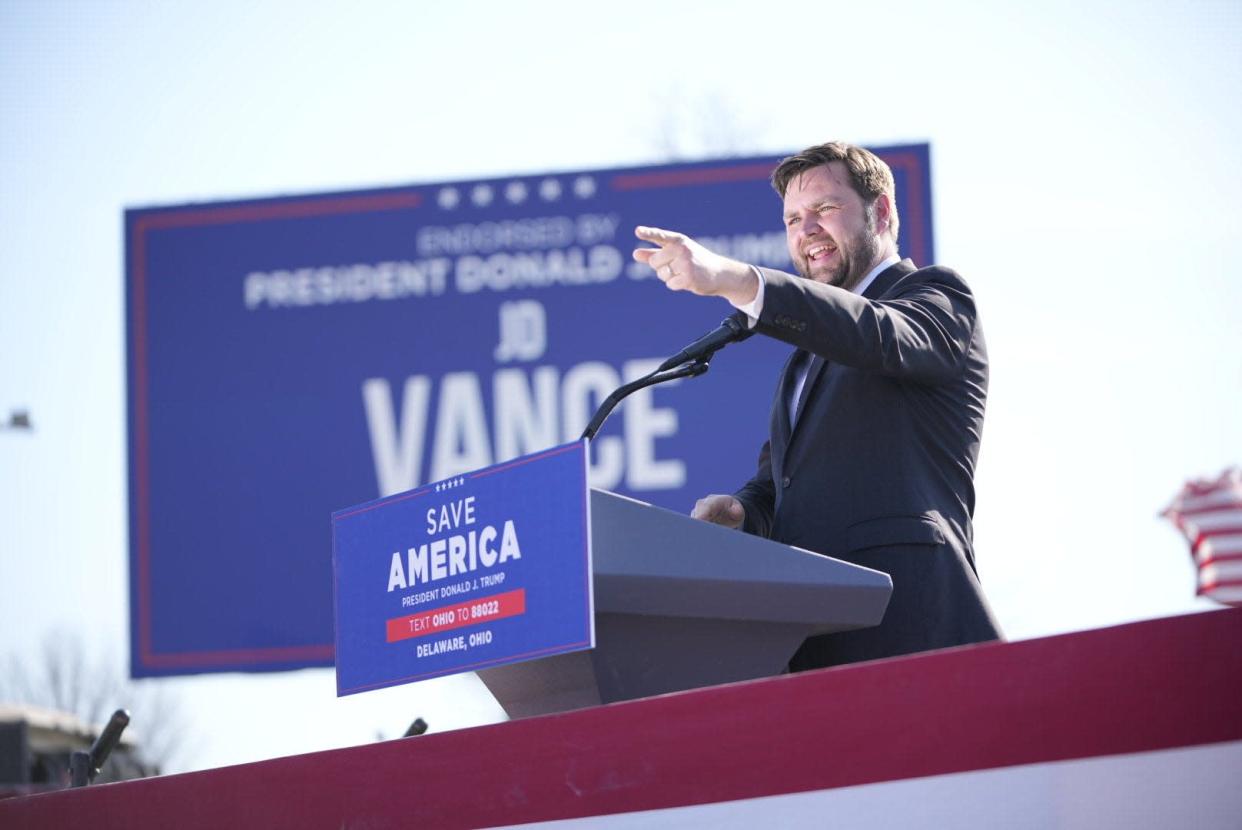 The two said they would listen to both candidates speak at upcoming events and base their final decision on that.

"I don't want anyone getting there on the coat tails of somebody else's name," Christy Bessey said.

Vance, for his part, quickly acknowledged during his remarks that he was late to embrace Trump but heaped praise on him multiple times throughout the event. He also ticked through positions on technology companies, immigration and public health mandates in an effort to energize the crowd.

"When we get to the Senate, we're going to do something," Vance said. "No more talking. No more slogans. No more politicians who wag their fingers at the corrupt Big Tech officials and the FBI. It's time for consequences, and it's time for action." 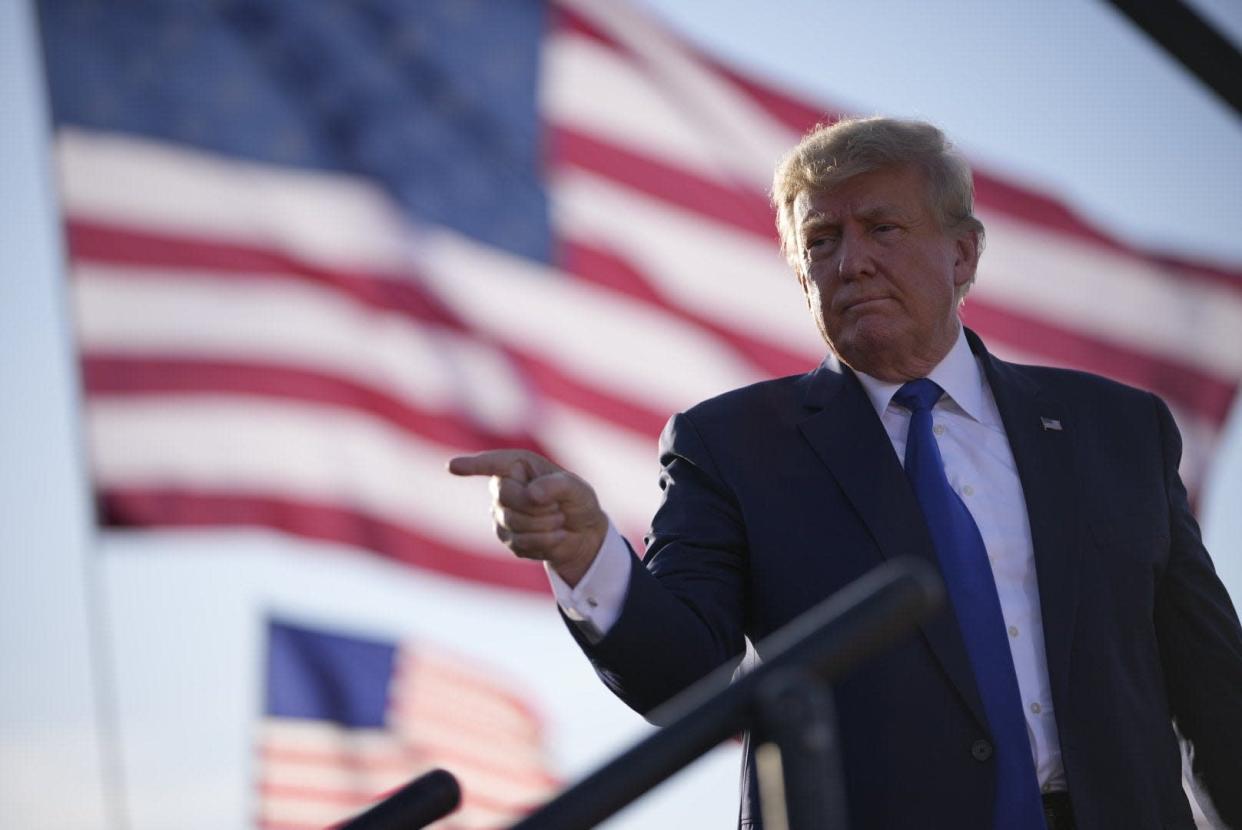 The former president's son, Donald Trump Jr., visited northeast Ohio this week to campaign with Vance, and the two will campaign together again on Monday. Vance and Trump Jr. had previously been spotted at fundraisers together, and Trump Jr. defended Vance's credentials before his father endorsed.

“The MAGA Movement is strongly united behind my father’s endorsement of JD Vance, which you can see by the surge he’s seen in the polls since the endorsement," Trump Jr. said in a statement Friday. "It’s unfortunate that career politician Josh Mandel is pushing his supporters, some of whom are on the dole, to boycott a Trump Rally. Very not MAGA of him!” 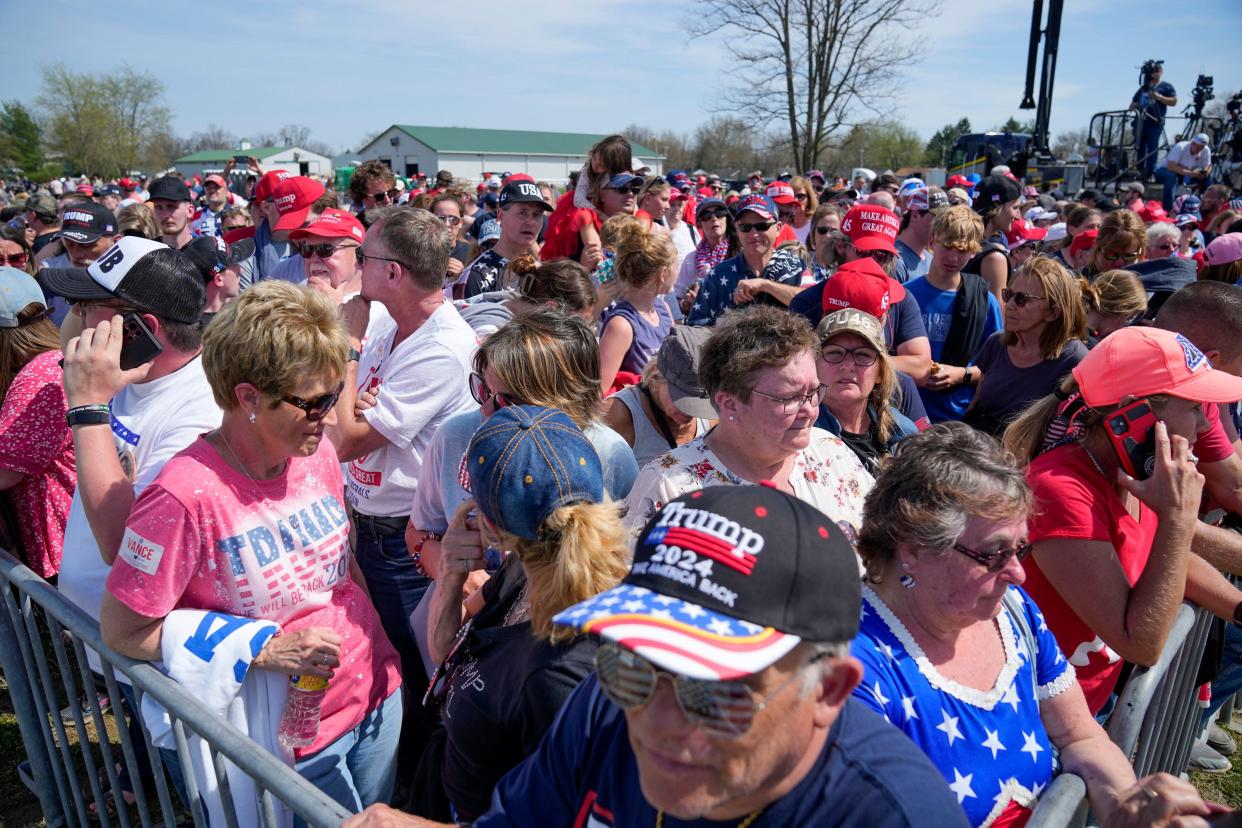 Haley BeMiller is a reporter for the USA TODAY Network Ohio Bureau, which serves the Columbus Dispatch, Cincinnati Enquirer, Akron Beacon Journal and 18 other affiliated news organizations across Ohio.