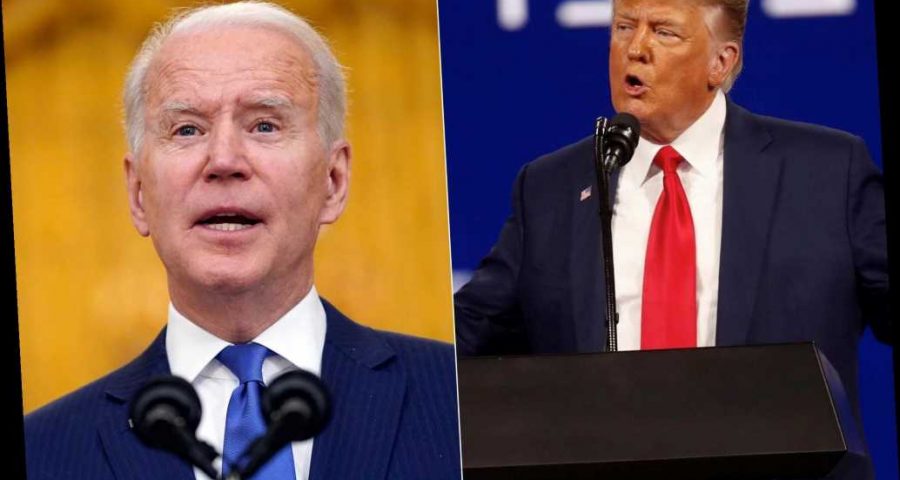 Geophysicist Capitol rioter beat cops as they tried to save trampled woman: feds

Former President Donald Trump on Tuesday said the country is being “destroyed” at the US-Mexico border as it experiences a surge in migrants.

“Our country is being destroyed at the Southern border, a terrible thing to see!” Trump said in a Tuesday statement obtained by Fox News.

The former president also claimed construction of the border wall would be completed by now if Democrats didn’t delay the project.

The situation at the southern border has come under scrutiny as the number of children detained in federal facilities has skyrocketed.

The crush has ramped up markedly since control of the White House shifted to Biden from Trump.

With thousands now making the crossing, the situation has become so dire that Homeland Security Secretary Alejandro Mayorkas has resorted to asking for volunteers from other agencies to help hold the line.