Britain could be hit by a wave of strike action if Rishi Sunak goes ahead with a public sector pay freeze, a senior trade union leader warned today.

Frances O’Grady, the TUC president, lashed out at reports suggesting that only doctors and nurses will escape a throttling of pay as the Government seeks to balance the books.

She spoke amid reports that the Chancellor will prevent more than five million public sector workers getting inflation-busting pay rises while many private sector counterparts face wage freezes or redundancy.

Only Britain’s half a million frontline NHS nurses and doctors would be exempt, in recognition of their heroics during the pandemic.

Mr Sunak defended his plans today, saying they did not amount to ‘a return to  austerity’ seen under the Tories in the past decade.

But speaking on Sky’s Ridge on Sunday today, Ms O’Grady, head of the federation of trade unions, branded them ‘morally obscene’.

Asked about comments by PCS union leader Mark Serwotka last week that strike action could not be ruled out, she said:  ‘Nobody can rule anything out at the moment. 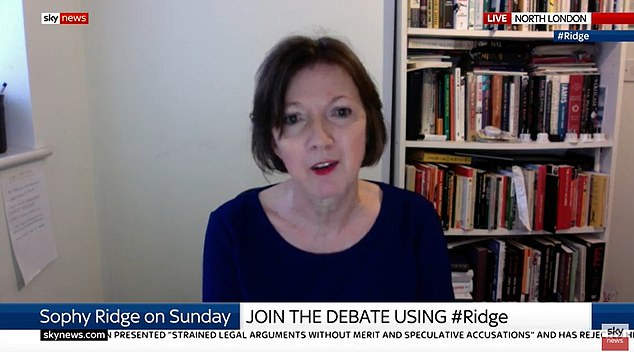 Frances O’Grady, the TUC president, lashed out at reports suggesting that only doctors and nurses will escape a throttling of pay as the Government seeks to balance the books. 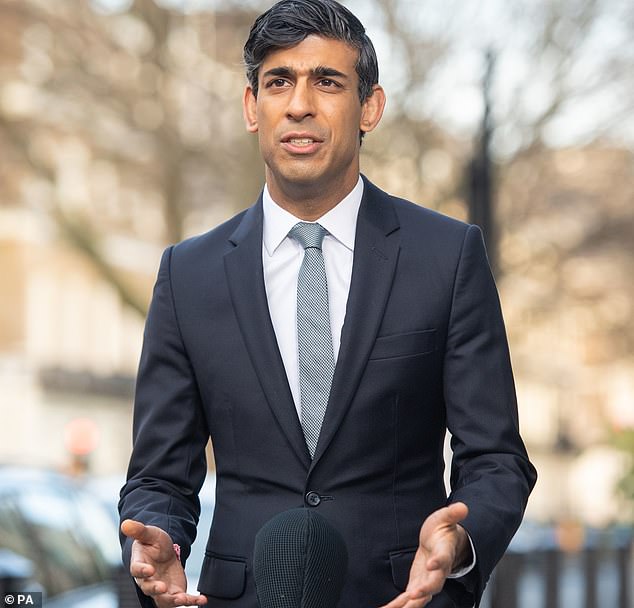 ‘But what I am saying and asking for is that the Government stands by key workers, respects the contribution they are continuing to make, recognises that this is absolutely the wrong time to be talking about pay cuts, and instead we need to start talking about fairness.’

Mr Sunak is expected to unveil a cap on wage increases set at or below inflation. It would hit workers such as teachers, police, civil servants, NHS managers and members of the Armed Forces.

The dramatic move is expected to save billions at a time when the public finances have been plunged deep into the red.

But it will be controversial as public sector staff have been lauded for their efforts to tackle the virus. Eight years of pay restraint came to an end only in 2018.

Mr Sunak is scrambling to plug the public finances gap and fund Boris Johnson’s new spending commitments on defence, the environment and infrastructure.

He is also expected to slash at least £4billion from the foreign aid budget, despite a manifesto pledge to maintain it.

Mr Sunaksaid this morning voters  ‘will not see austerity next week’ but suggested a public-sector pay freeze would be imposed.

He told Ridge on Sunday: ‘You will not see austerity next week, what you will see is an increase in Government spending, on day-to-day public services, quite a significant one coming on the increase we had last year.

‘So, there’s absolutely no way in which anyone can say that’s austerity, we’re spending more money on public services than we were.’

He said that he ‘cannot comment on future pay policy’ but added: ‘When we launched the spending review I did say to departments that when we think about public pay settlements I think it would be entirely reasonable to think of those in the context of the wider economic climate.

‘I think it would be fair to also think about what is happening with wages, with jobs, with hours, across the economy when we think about what the right thing to do in the public sector is.’

But Ms O’Grady said: ‘Millions of key workers cared for us and continue to care for us, and I think it’s time that we cared for them.

‘We saw ministers join millions of us clapping firefighters, refuse collectors, social care workers – I don’t think this would be the time to reward them with a real pay cut.’

Quoting the Prime Minister’s promise in June that there would be no return to austerity, Ms O’Grady said: ‘Surely the Government doesn’t think it can reintroduce austerity for the people who put their health, and in some cases their lives, on the line to help the rest of us.’

She added: ‘If you want to motivate a workforce when we are still facing a second wave of a pandemic, and we’re going to have a tough winter – we all know that – the last thing you do is threaten to cut their pay.’