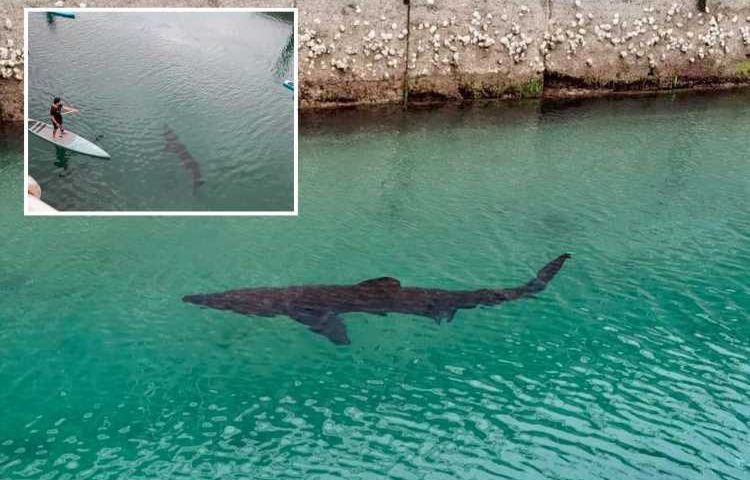 A HUGE basking shark swims into a UK marina, giving a group of learner paddleboarders a fright.

The 12ft beast was spotted in clear waters on Wednesday. 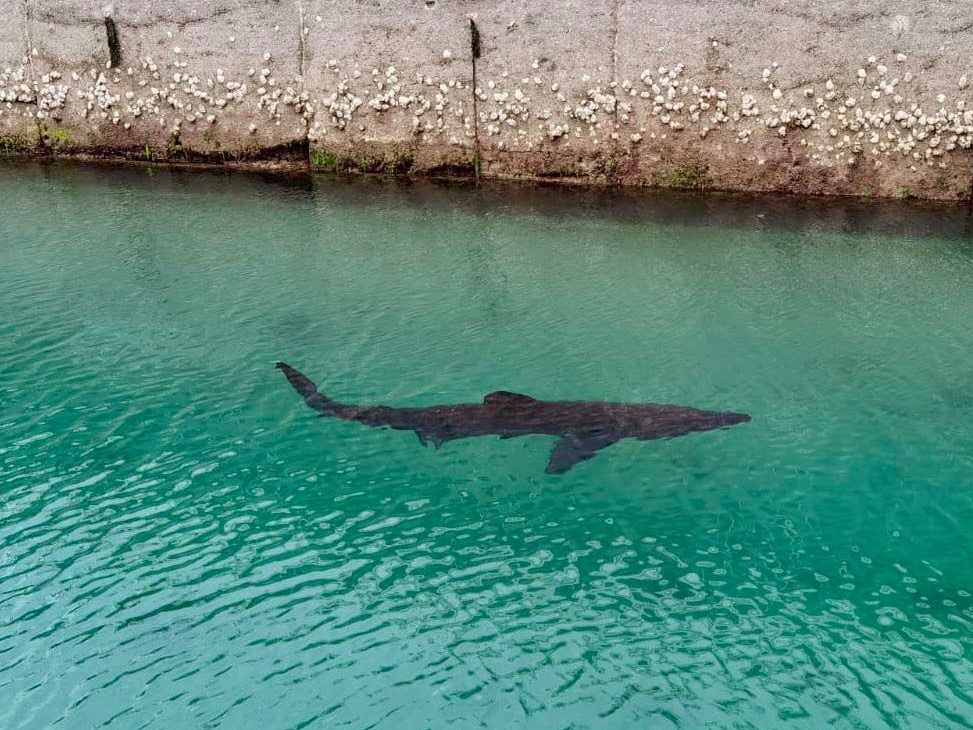 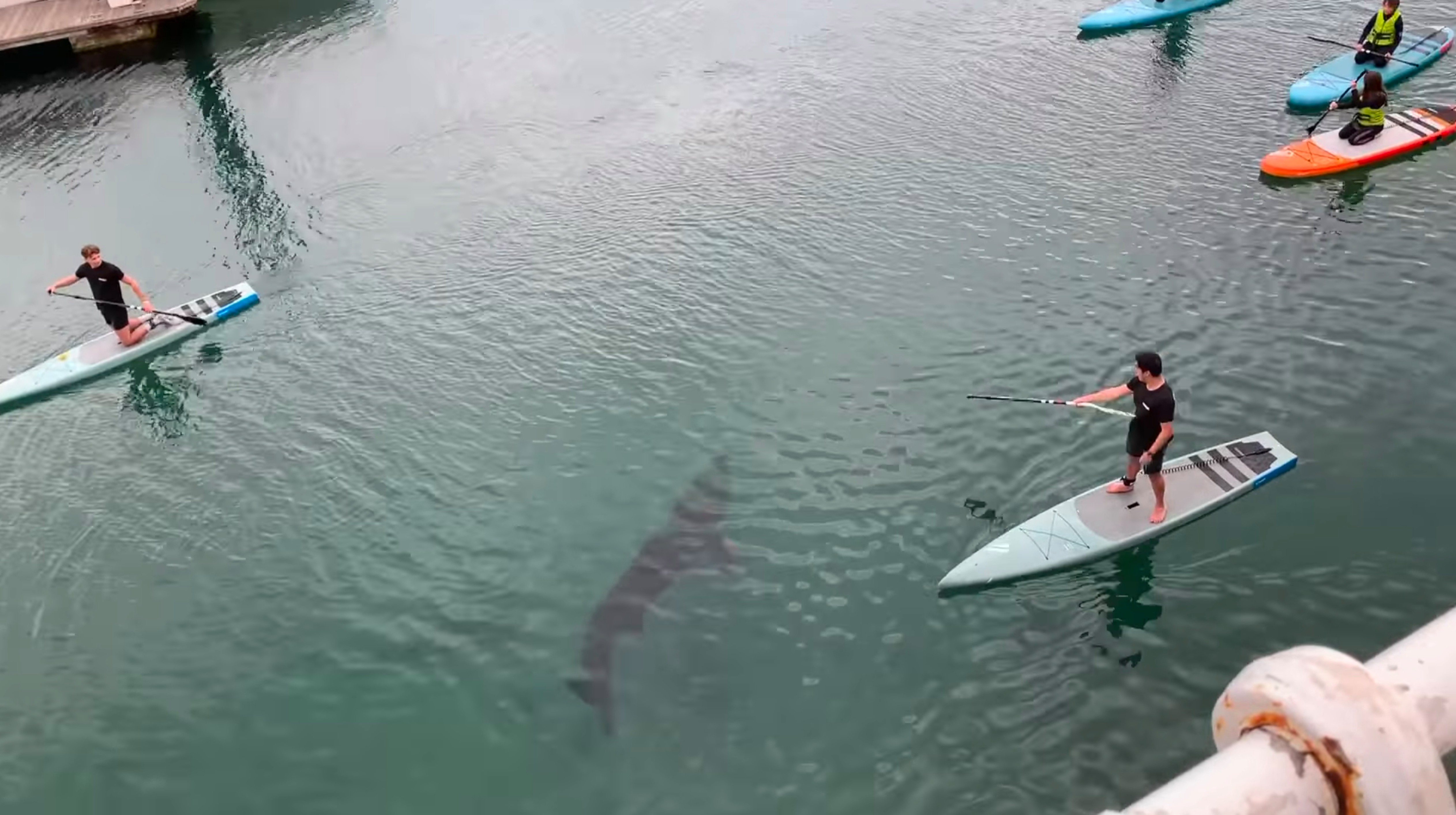 Paddleboard tutor Owin Wong was out with four students in Torquay, Devon.

He said: “I told any who were worried to just take it in.

"What an amazing experience.”

"It was scary at first but I have had previous knowledge of basking shark and I know that they are not dangerous." 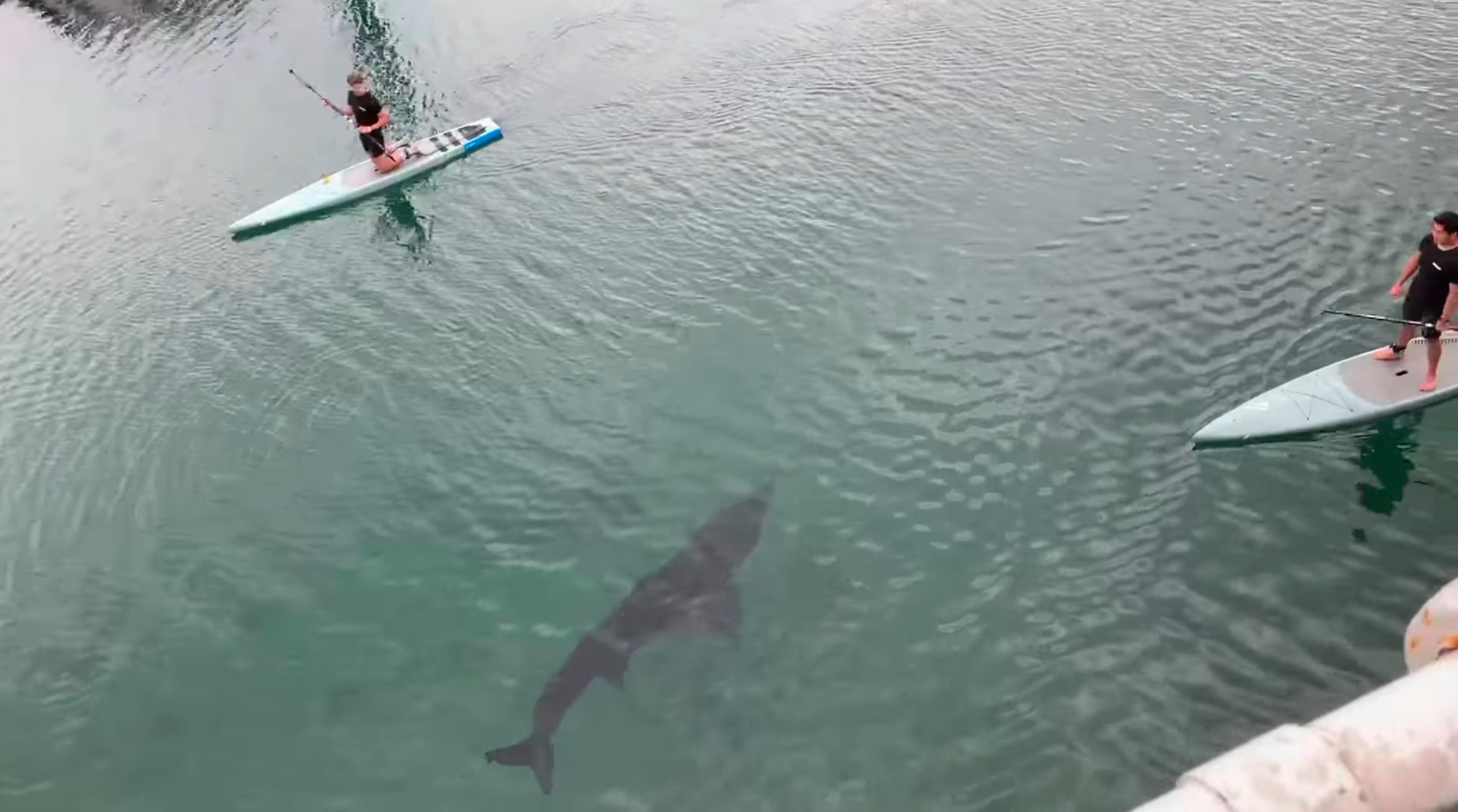 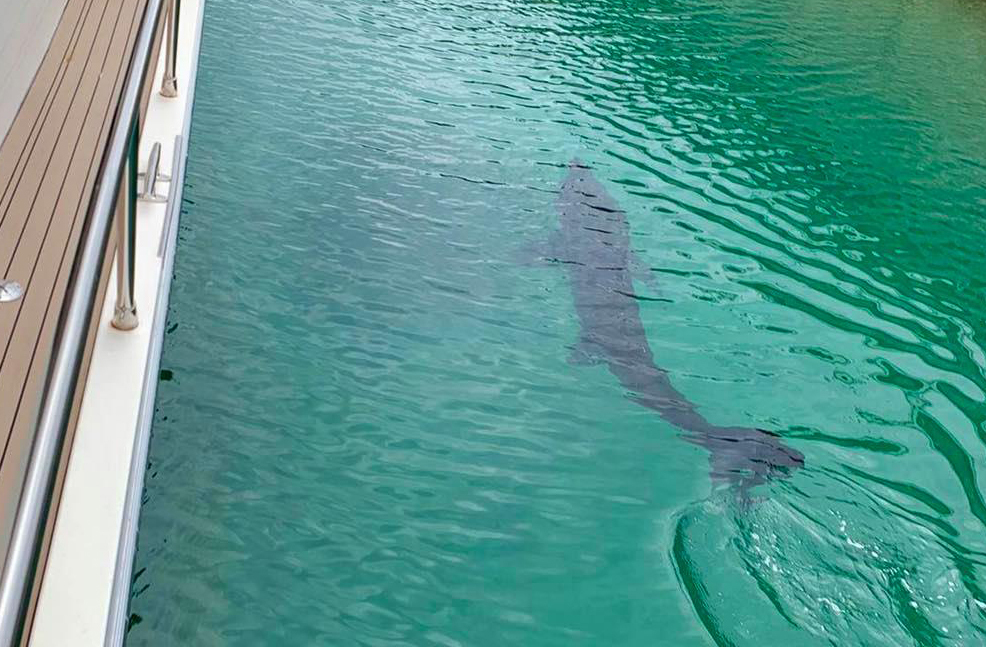 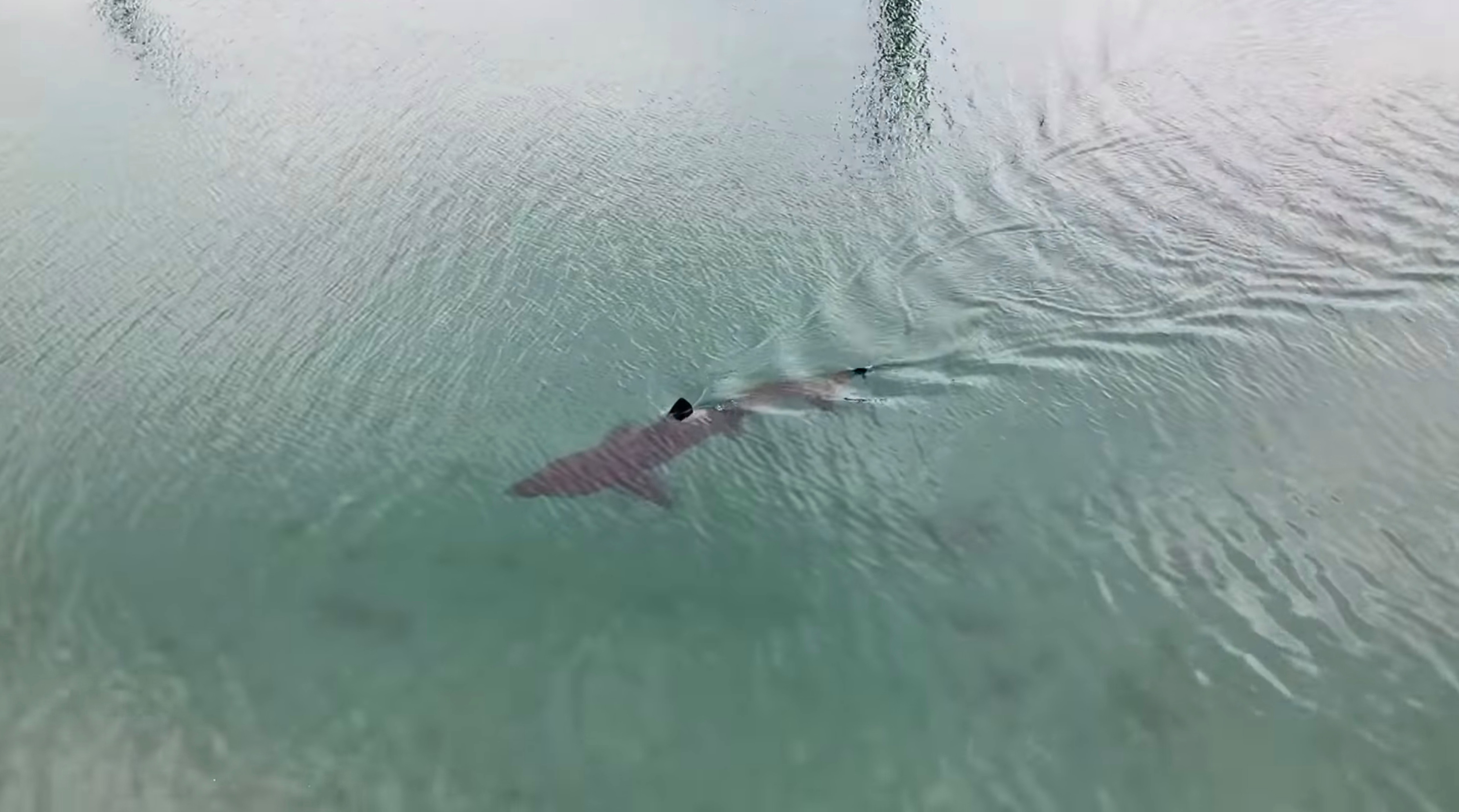 Basking sharks are the world’s second largest fish, after the whale shark.

They eat plankton, not people.

Another basking shark was seen in Falmouth, Cornwall, on Monday.