Two British students stranded in Dubai for almost three months after a dispute over a damaged luxury rental car have been told they can return home.

James Dua-Wiafi and Stanley Kundishora were banned from leaving the UAE until a court hearing over allegations of assault when they disputed how much they were being charged for repairs.

But the University of Canterbury students, who say they were mistaken for rich Premier League footballers, have been fined just £200 and told a flight ban from Dubai had now been lifted.

The pair are expected to return to the UK later this week.

It follows a brief court hearing where they were convicted of minor assault and fined. They had faced up to 18 months in jail.

Mr Dua-Wiafi said:’ We are both really glad this has been sorted. It has been a life experience we wouldn’t want to go through again., but I am happy that it is over.’

The students’ families were overjoyed that their ordeal was over. 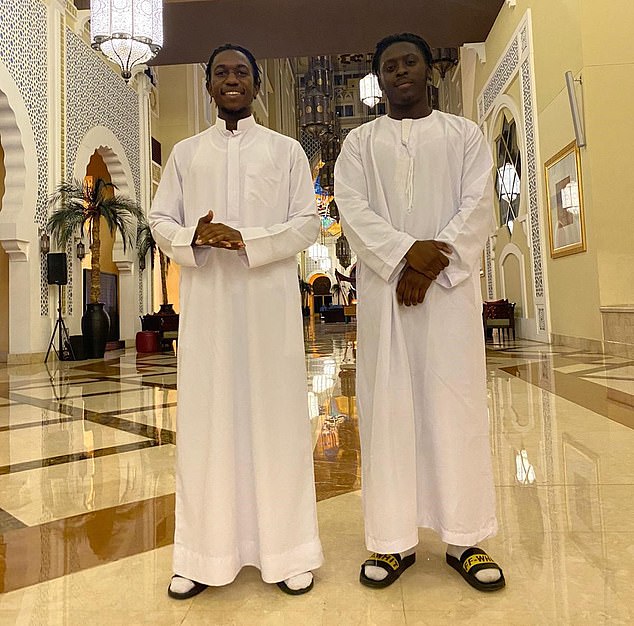 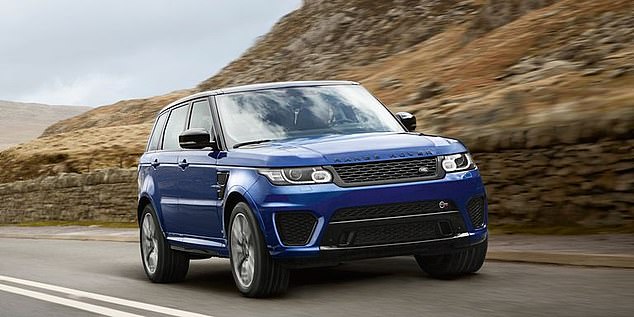 The pair flew to the Gulf state in August to celebrate their joint 21st birthday with a group of friends. But the trip of a lifetime backfired badly when they damaged the top-end car they had hired as a treat (stock image)

Mr Kundishora’s mum Grace told Mail Online: ‘We are just relieved that finally this is at an end and they can come home.

‘It has been terrible for all the families not known what was going to happen and not being able to get them out. I would not recommend anyone to travel to Dubai.’

Mr Dua-Wiafi and Mr Kundishora had flown to Dubai to celebrate their joint 21st birthday with a group of friends in August.

But a day into the trip of a lifetime they damaged the £100,000 Range Rover car they hired as a treat.

Instead of being covered by insurance as they thought, the men say they became victims of a scam with rental officials extorting £16,000 from them, believing they were from wealthy backgrounds.

Mr Dua-Wiafi was told by one of the car rental employees he could afford to pay as he was a Premier League player.

After a heated exchange over the money and a confiscated passport, the car company filed a criminal complaint against them.

It meant neither could leave Dubai unless they paid an extra £30,000 demanded by the rental company to drop the criminal charge. 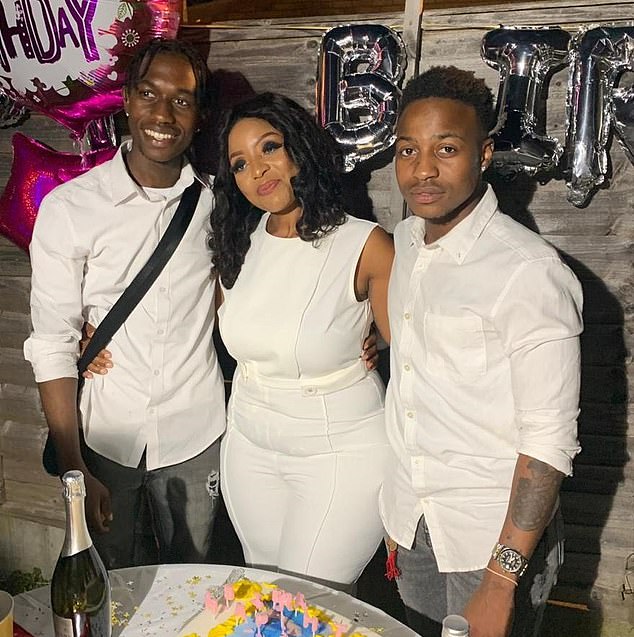 Instead of being covered by insurance as they thought, the men say they became victims of a scam with rental officials extorting £16,000 from them, believing they were from wealthy backgrounds. Mr Kundishora’s mother (above) is a community nurse 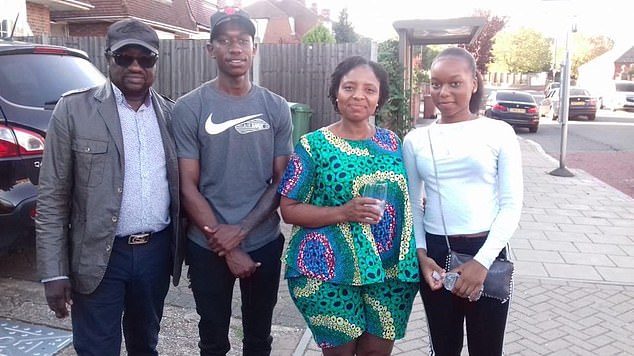 Mr Kundishora (above with family) said the ordeal had been horrific: ‘I don’t ever want to come back. Its just been really stressful’

The third year Canterbury undergraduates did not have the funds to pay the money and had to wait 11 weeks for a criminal complaint of assault to be heard.

The pair appeared before a court last week without any legal representation but did have translator.

CCTV footage of the bust up was played to the court and Mr Dua-Wiafi insisted it showed they were the victims of an assault.

In keeping with Dubai law the verdict was not given during the hearing but posted today(sun) on the court website.

The students immediately paid the 1000 dihram fine – about £200 – and were told a no-fly order had been lifted.

Mr Dua-Wiafi, from Croydon, South London and Mr Kundishora, from Bromley, Kent, had saved for months to pay for the luxury trip.

They pre-booked a Range Rover SVR with a luxury car rental agency and were met on arrival with the super charged motor.

The £1,000 cost, including – or so the inexperienced travellers thought – deposit, rental and insurance for 24 hours was split between the group. 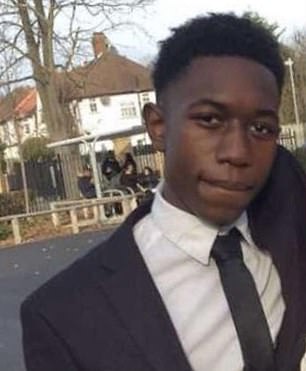 In the excitement of getting the keys to the car Mr Dua-Wiafi, who is studying finance and accounting, left his passport with the car rental firm.

The following day Mr Dua-Wiafi hit a road sign as he drove back to a rented flat near Dubai Marina in the early hours of the morning.

The metal sign became wedged under a front wheel making the car undrivable.

When the rental agency collected the damaged Range Rover he was told the insurance excess of £1,000 would have to be paid.

The students said they were issued with a series of bills, first £5,000 and then an extra £7,000 and £3,000 on top of that before the company would release the passport.

Mr Dua-Wiafi said staff at the company that specialises in renting Lamborghni, Ferraris and Rolls Royce cars laughed when they told them they couldn’t pay any more.

Mr Dua-Wiafi said: ‘They kept on making demands for more money and said we must be rich footballers. Nothing could be further from the truth. My mum is a carer and my dad works on the railways. Stanley’s mum is a community nurse.’

Desperate to bring the nightmare to an end they were able to raise the money – only to be told they had to pay even more while the car was off the road being repaired.

Mr Dua-Wiafi said they became so frustrated that discussions got heated and ended with Mr Kundishora grabbing Mr Dua-Wiafi passport from an open desk drawer. 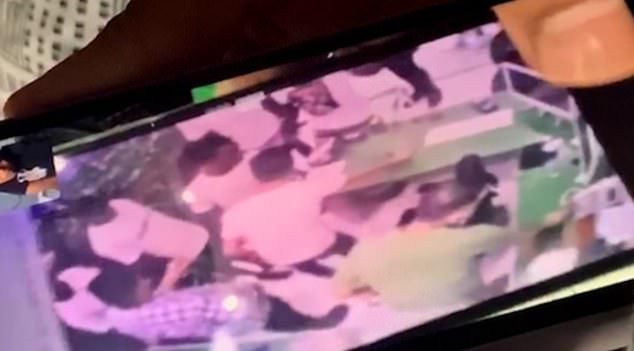 Radha Stirling, from Detained in Dubai took up the case. Pictured: The students in the car rental office

‘We tried to leave but three of the men in the office jumped on us,’ Mr Dua-Wiafi said.

‘I was put in a headlock and Stanley had his arm twisted, but we managed to get out of the office and left for our apartment.’

The following day when they checked in for their flight back to London they were told a no-fly order had been placed on them and to report to Al Barsha Police station.

Stranded in Dubai, the two students hired a lawyer who negotiated with the rental firm and were told the case would be dropped if they paid a further £30,000.

Mr Dua-Wiafi said: ‘Neither of us has that sort of money. We were told if convicted of assault it could be 18 months in prison and if a civil case is filed it will be months and months before anything happens and we are stuck here.

Mr Kundishora said the ordeal had been horrific: ‘I don’t ever want to come back. Its just been really stressful, for my parents too. I’ve never been in trouble with the police.

The pressure group Detained in Dubai took up their case after the British Embassy offered little support. 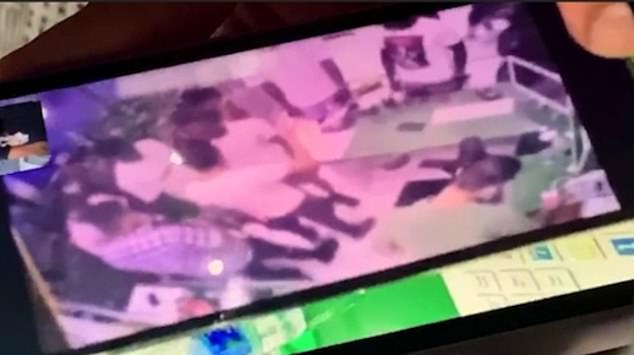 The students said they were issued with a series of bills, first £5,000 and then an extra £7,000 and £3,000 on top of that before the company would release the passport. Pictured: The students in the car rental office

Founder Radha Stirling said: ‘While James and Stanley will be pleased to return to their families in England, it is outrageous that they have been slapped with a fine over allegations that CCTV clearly disproves.

‘The boys were levied with frivolous assault charges, disproved by CCTV evidence as a means to intimidate them into paying extortionate money demands from a car rental company.

‘Rather than slapping the boys with a fine and closing the books, the rental car agents should have been charged with extortion. If it were not for the media’s spotlight, James and Stanley would have been jailed.

‘It is absurd that the UK Government has not done more to protect the rights of citizens abroad.’