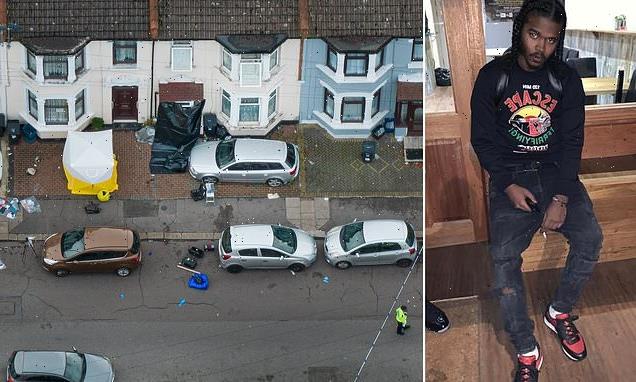 Two drill rappers died from knife and gunshot wounds to their torsos after ‘bicycle-riding’ murder suspects burst into house in Ilford, inquest hears

Two rappers died from knife and gunshot wounds to their torsos after ‘bicycle-riding’ murder suspects burst into a house in east London, an inquest was told today.

Saydi Abu Sheikh, 23, who rapped under the name Giddy, and Zakariya Jeilani Mohamed, 32, who used the name Shifty, were fatally injured in Ilford on October 25.

Coroner Nadia Persaud opened inquests into their deaths at East London Coroner’s Court in Barking this morning, adjourning them due to ongoing police investigations.

The Met Police has said the men, both from Ilford, died in an ‘unspeakable act of extreme violence’ after reports of a shooting inside a house in Henley Road.

Detectives are hunting the murder suspects who arrived on bikes before the shooting then sped away from the scene in a car after killing the men at a notorious drug den.

CCTV footage shows a group of men, believed to be rival gang members, fleeing from the house where the two men were killed and another was seriously injured.

Several local residents said the attack at a suspected ‘trap house’ was intentionally orchestrated to happen on Diwali as fireworks would mask the gunshots. 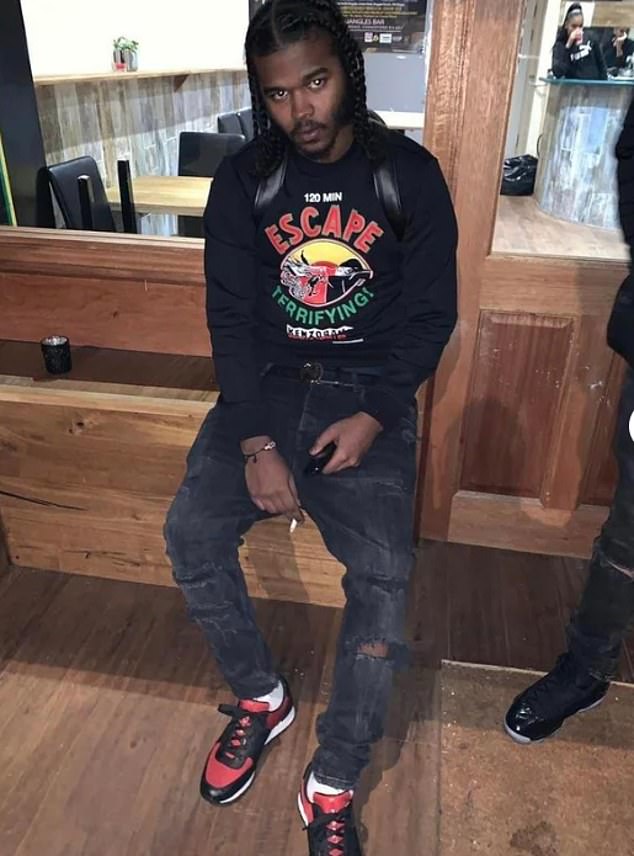 Saydi Abu Sheikh, 23, who rapped under the name Giddy (pictured), and Zakariya Jeilani Mohamed, 32, who used the name Shifty, were fatally injured in Ilford on October 25 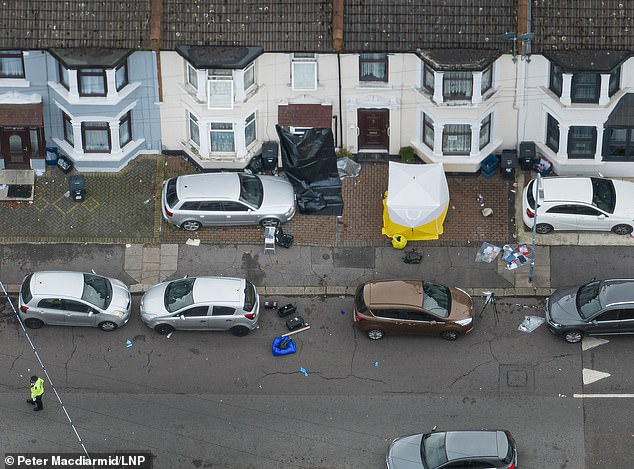 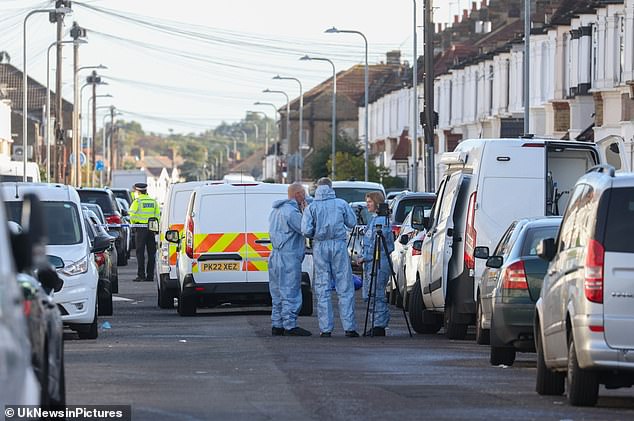 Uniformed officers sealed off parts of the residential area, which is dotted with nearby parks and homes costing more than £500,000, while forensic teams comb through the crime scene 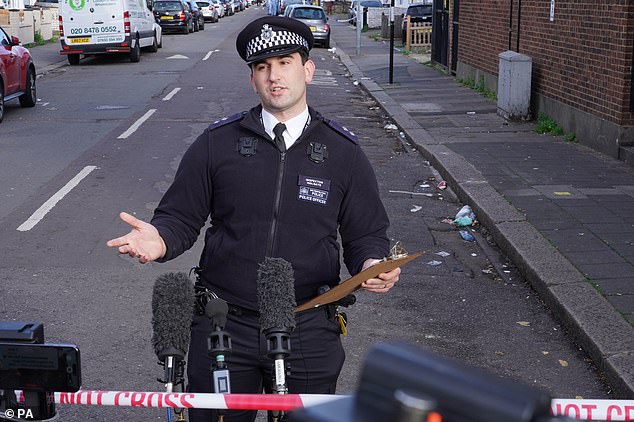 Mr Mohamed died from hypovolemic shock after he suffered stab and gunshot wounds to the torso, Ms Persaud heard on Tuesday.

Ms Dowsett said: ‘Mr Sheikh was at an address in Ilford when suspects entered the premises, discharged a firearm and stabbed Mr Sheikh, resulting in fatal injuries.’

The Met Police previously said they were called at just after midnight on October 25 to reports of a shooting inside a house in Henley Road.

Scotland Yard has said Mr Sheikh and Mr Mohamed died at the scene and a 30-year-old man was taken to hospital with gunshot wounds in a ‘life-threatening condition’.

In a previous statement, Detective Chief Inspector Chris Wood, leading the investigation, said: ‘This was an unspeakable act of extreme violence that has devastated two families and sent shockwaves throughout the community.

‘My team is working around the clock to identify those responsible and I would like to express my thanks to the people who have already provided information – they can be sure that we will act on everything they have provided.

‘We still want to hear from anyone who was inside or near the house in Henley Road when the attack took place.

‘The suspects responsible for this horrific act are violent criminals and it is important that they are not protected by a wall of silence -help us take them off your streets by telling us who they are.

‘It doesn’t matter if you speak to us directly or anonymously via Crimestoppers – but please do get in touch.’

The Met Police said no arrests have been made and investigations are ongoing.