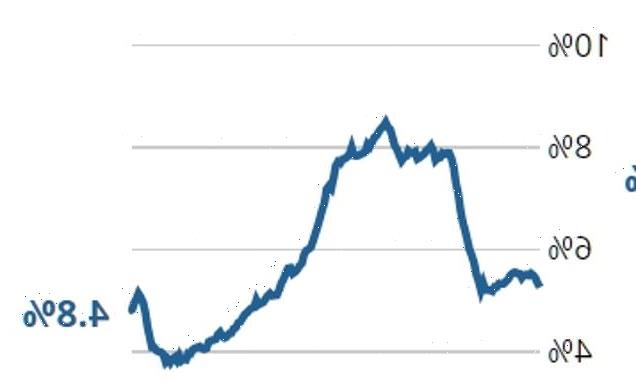 UK unemployment FELL in lockdown: People out of work dropped from 4.9% to 4.8% over January to March – while number of payroll staff rose for fifth month in row… but it is still 772,000 below pre-Covid levels

Britain’s unemployment rate unexpectedly fell to 4.8% in the first three months of 2021 – down 0.1 % – despite the strict national lockdown, official figures revealed today.

But while the number of UK workers on payrolls rose by 97,000 between January and March, the total number of workers is still 772,000 lower since the pandemic struck, the Office for National Statistics (ONS) said.

The largest falls in employment since the pandemic began last spring have been in the hospitality industry, among the under 25 years, and geographically, in London.

Economists had mostly expected the unemployment rate to hold at 4.9%, not drop, but today’s 4.8% figure is still 0.8% higher than pre-Covid levels. 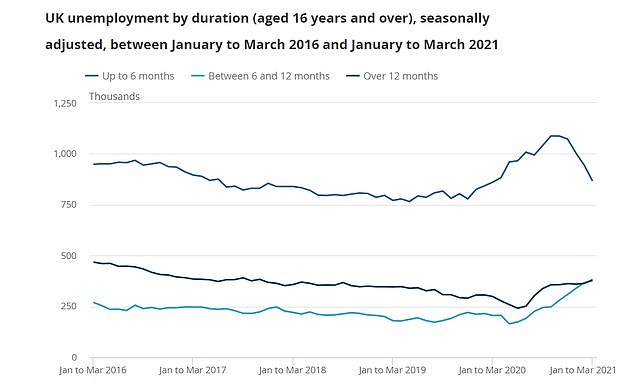 Unemployment was expected to rise but it actually dropped slightly to 4.8% in the first three months of 2021 as the UK bounced back 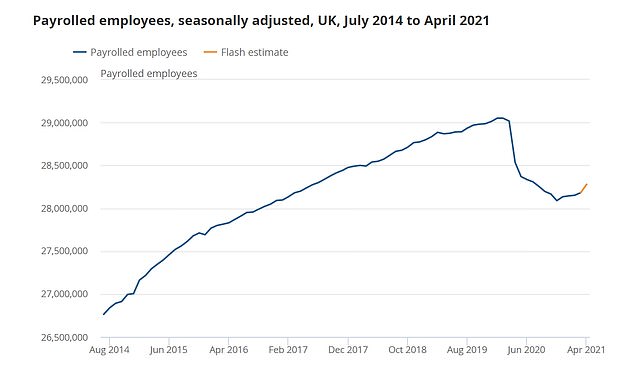 The number of UK workers on payrolls rose by 97,000 between March and April but has fallen by 772,000 since March last year

Darren Morgan, director of economic statistics at the ONS, said: ‘The number of employees on payroll rose strongly in April as the economy began to reopen, continuing the improvement from its November trough.

‘There remains, however, three-quarters of a million people fewer on the payroll compared with the pre-pandemic peak.

‘With many businesses reopening, the recent recovery in job vacancies continued into April, especially in sectors such as hospitality and entertainment.

‘The renewed lockdown at the beginning of 2021 saw a sharp rise in the number of previously unemployed people no longer looking for work, helping the unemployment rate to fall on the quarter.

‘This mirrored what happened during the first lockdown.’

The number of people in employment jumped by 84,000 in the first quarter of 2021, the first increase since the coronavirus crisis began and a stronger increase than the median forecast of a 50,000 rise in the poll. Those classed as unemployed fell by 121,000.

However, the inactivity rate – measuring people who are not looking for work – rose and was a record high for men.

There are signs that employers will struggle to fill vacancies with many foreign workers no longer in the country after the on-off closing and reopening of many firms over the past year, and as a result of Brexit.

The ONS said total pay growth, adjusted for a drop in the number of lower-paid and part-time jobs which have been hit hard by the pandemic, stood at 2.5%.

Suren Thiru, head of economics at the British Chamber of Commerce (BCC), said: ‘The decline in the unemployment rate and the rise in payroll employment is further confirmation that the UK jobs market is now more resilient to the ongoing restrictions.’

He added: ‘UK unemployment remains on track to peak at a much lower level than in recent recessions.

‘However, the squeeze on business cash flow from any marked delay to the planned full reopening of the economy may trigger renewed job losses, particularly when furlough becomes less generous over the summer.’