BRITAIN will enjoy one last blast of summer today as temperatures hit 31C.

The mini-heatwave is thanks to a 1,500 mile-wide Saharan burst of hot air passing over Britain.

It will leave most of the country bathed in glorious sunshine.

The temperature is expected to hit its 88F peak in southern England today and it will stay warm tomorrow, although a degree or two cooler.

Only the north west of Scotland is likely to miss out — after a weekend with wet weather warnings in place.

The Met Office said it was down to a combination of tropical air pushing up from the south and light winds.

Forecaster Bonnie Diamond added: “It definitely feels like one last blast of summer even though we are, meteorologically speaking, in autumn.”

September has been the warmest since 2016 and follows an August heatwave when temperatures topped 34C (93F) for six days running.

Thousands hit the beach yesterday to soak up the 25C sun before the new "rule of six" came into force today.

Families and groups of pals packed out beaches in Bournemouth, Merseyside and Brighton as well as London's Hyde Park and Regents Park.

One group of 15 pals travelled from Croydon to Brighton for the day to enjoy one last blast of summer.

Alan Dean, 32, said: “This might be the last time we can do this so we’re making the most of it while we can."

Met Office forecaster Greg Dewhurst told The Sun: "We are likely to see temperatures above average for many parts on Monday and Tuesday, particular southern England and Wales.

"The maximum temperatures are likely to be 30C – 31C in the South East on Monday with highs more towards East Anglia on Tuesday."

The mercury was hottest in the South East yesterday, with highs of 25C in London.

Northern England basked in 20C weather, with highs of 23C elsewhere in England and Wales.

But the mini-heatwave today will not threaten any records — the highest temperature ever recorded in September was 35.6C (96F) in 1906. 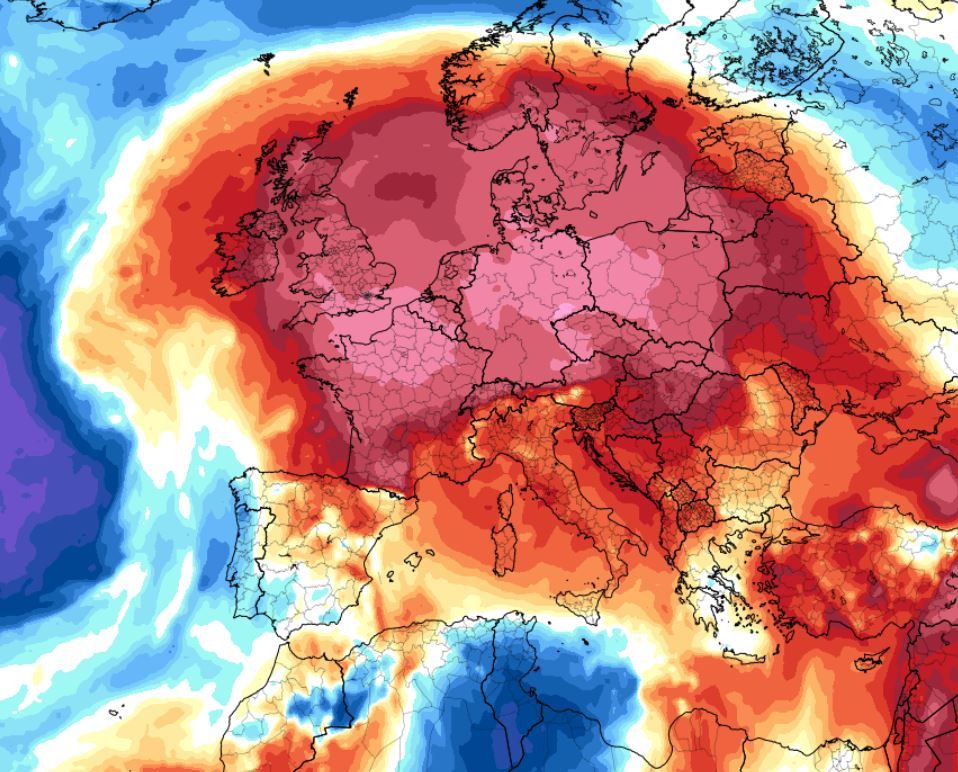 But, predictably, the warm spell will be short-lived. Wednesday is expected to be cooler and cloudier, with a few spots of drizzle here and there

Met Office forecaster Bonnie Diamond said the sweltering heat will be caused by a "tropical continental air pushing up from a southerly direction in combination with light winds."

According to Met Office maps, there is a chance of some showers and thunderstorms on Wednesday evening with Western Scotland and Wales expected to be the worst-hit.

The scorching weather will ease off midway through next week as colder air sweeps in to Britain from the Atlantic.

But the sun will return days later, according to the Met Office.

Their long-range forecast suggests settled conditions for the rest of the month.

The mini-heatwave comes just as Boris Johnson has tightened coronavirus restrictions – limiting Brits to meeting in groups of six.

Under strict new coronavirus rules, larger social gatherings indoors and outdoors will be illegal in a bid to beat the spread of infection.