The flawless oval gem, "The Spirit of the Rose," was bought by wealthy telephone bidder who chose to remain anonymous, Sotheby's said. 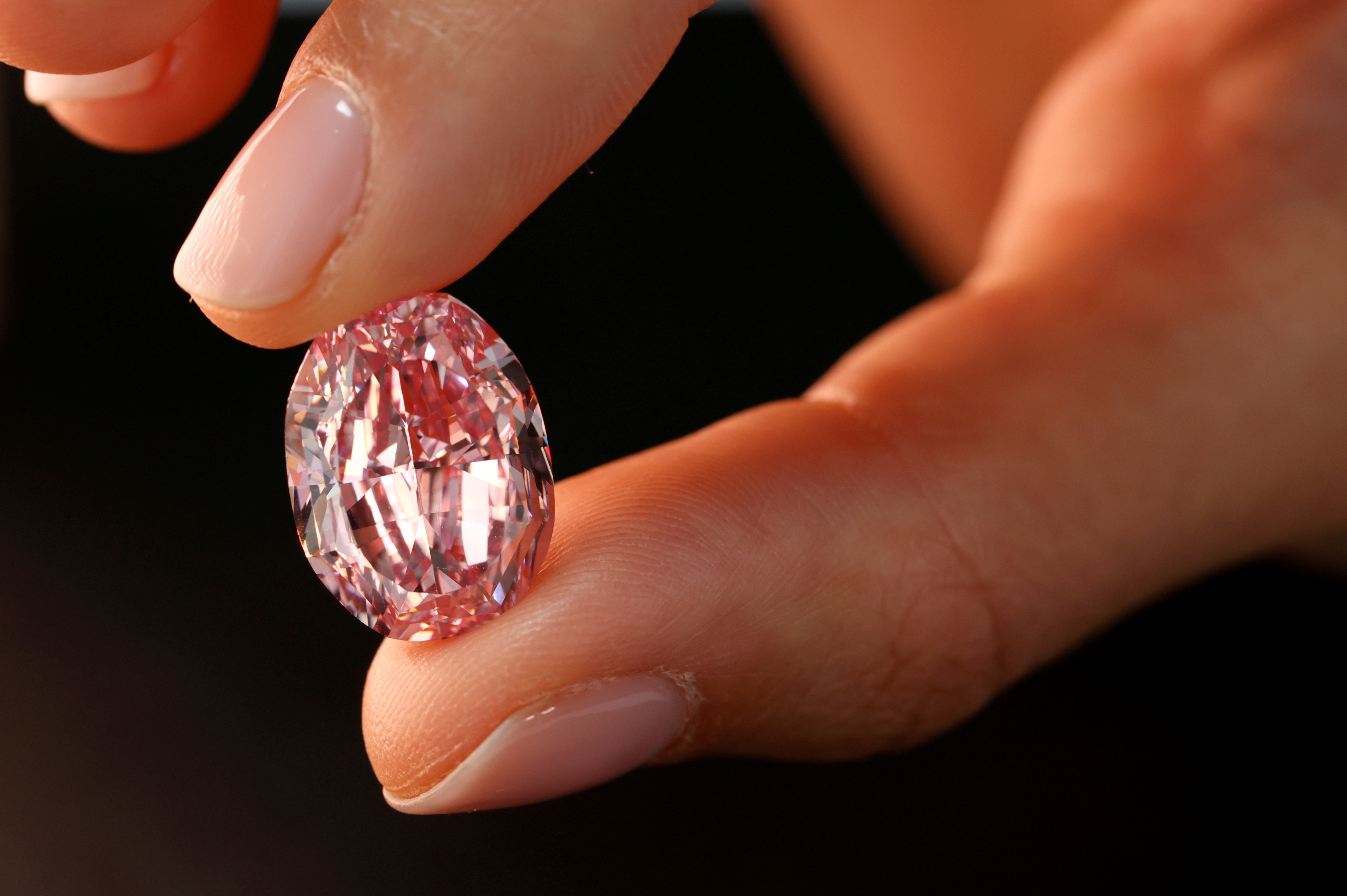 Described as "a true wonder of nature" the auction house had estimated the diamond could fetch up to $38m (£29m) at the Geneva sale.

The stone weighing 14.83 carats was the LARGEST pink diamond with that colour grading to ever be auctioned.

And the £20.1m price is the most expensive for a 'purple-pink' rock ever.

Reminiscent of the "Pink Panther' gem from the Peter Seller's film series, the rock was mined by Russian diamond producer Alrosa in July 2017.

It was cut from the largest pink crystal ever found in the country, Sotheby's said.

The diamond was shown in Hong Kong, Singapore and Taipei and is named after a 1911 ballet performed by the Ballets Russes and its legendary dancer Vaslav Nijinsky.

Coloured stones have been greatly valued by the super rich in recent years with top-quality pink diamonds especially prized.

The Argyle mine in western Australian, which produced the world's largest supply of pink diamonds, halted production last week due to depletion.

Tobias Kormind, of 77 Diamonds, Europe's largest online diamond jeweller, said: "The lucky buyer could well profit from prices soaring for pink diamonds in the coming years thanks to increased rarity.”

Naturally coloured diamonds occur because they possess a particular lattice structure that refracts light to produce coloured, rather than white, stones.

Two years before that, the "largest vivid orange diamond in the world" sold at Christie's auction house for £22m. 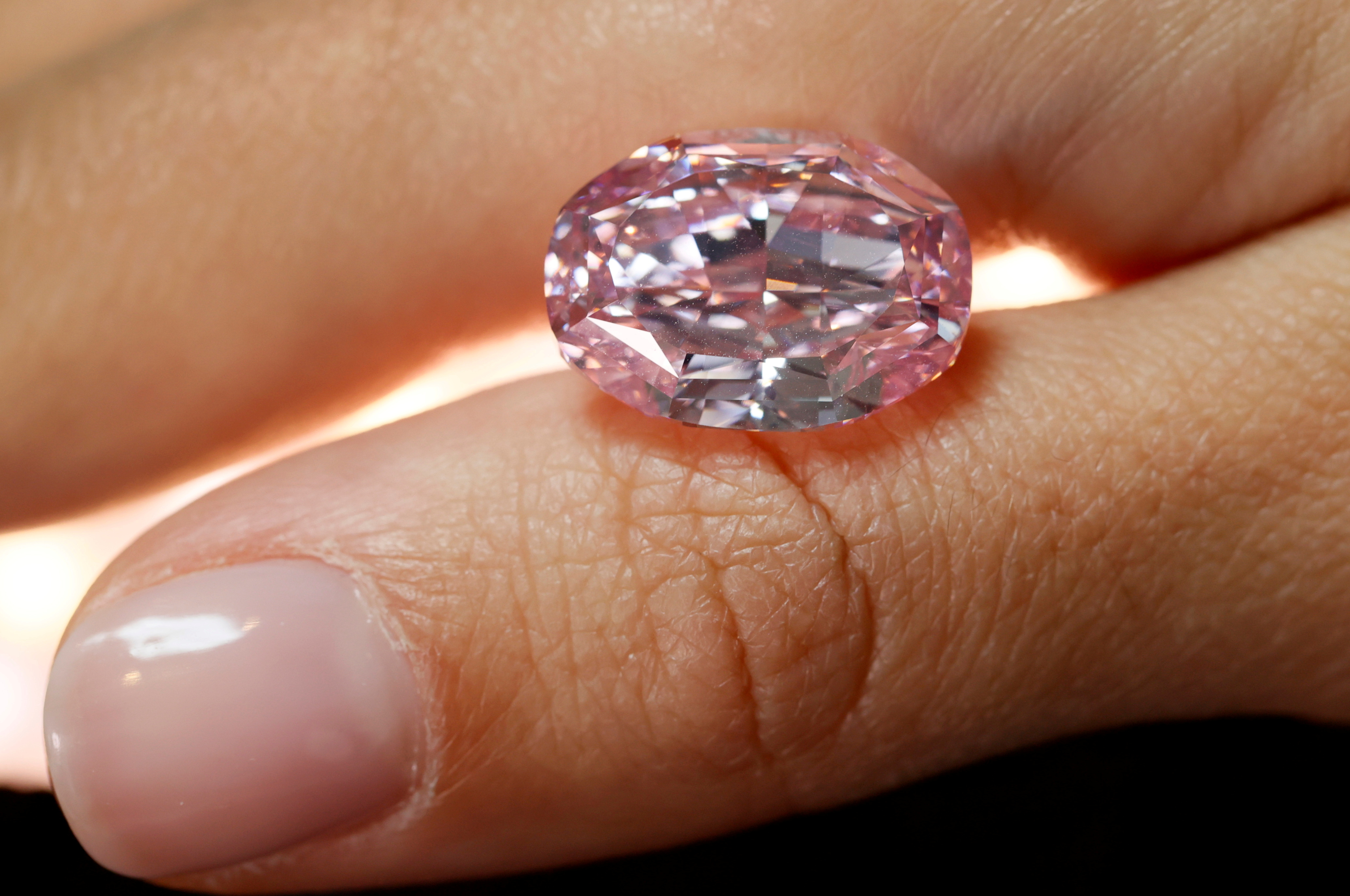 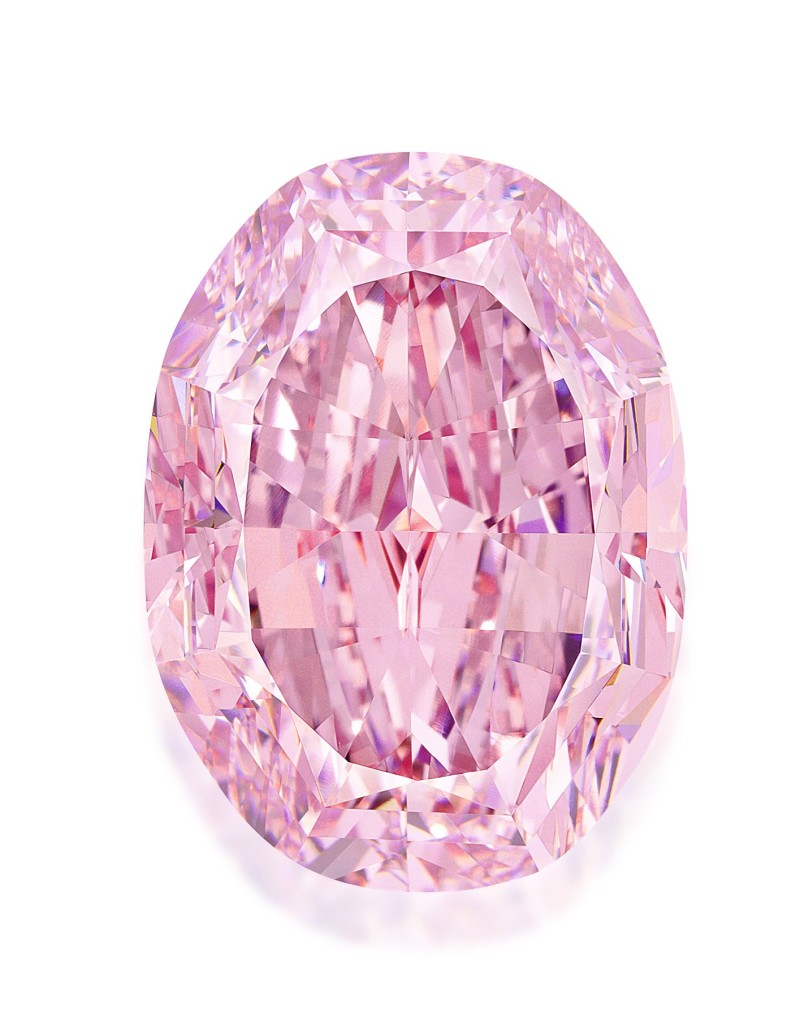 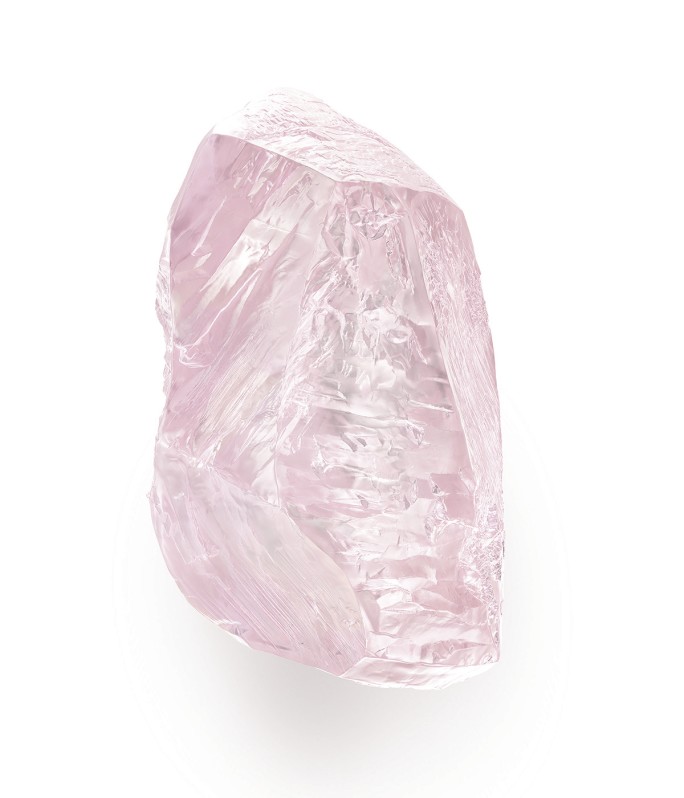