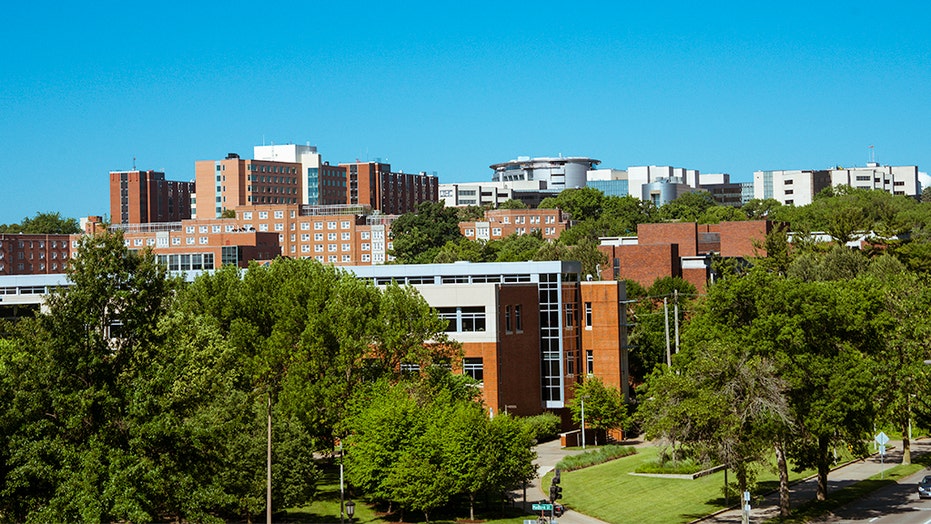 A coalition of graduate students and faculty at the University of Iowa conducted a “sickout” to protest the school’s decision to reopen for in-person classes despite novel coronavirus concerns.

Employees, students and members of the staff participated Wednesday to call for the school to discontinue in-person instruction. At least one faculty member told Inside Higher Ed she was faced with “a lack of leadership here and real confusion,” the outlet reported.

“OK, who’s in charge here? Who’s going to make decisions based on science and what we know about public health?” Megan Knight, an associate professor, told Inside Higher Ed, explaining her confusion about the school's response to the pandemic. “It really feels like we’re at sea.”

While out “sick” on Wednesday, Knight reportedly set her email autoreply to respond with the following message: “I am away from my desk in recognition of today's 'sick-out' event. This event is intended to communicate to the UI administration the urgent need for all classes to be moved to an online format immediately, to avoid furthering the public health crisis currently unfolding in Iowa City.”

As of Thursday afternoon, Iowa had reported at least 66,978 COVID-19 cases and 186,185 deaths, according to data compiled by Johns Hopkins University and Medicine.

Classes at the university, which was attended by more than 32,000 graduate and undergraduate students as of 2019, resumed on Aug. 24, according to the academic calendar.

The university regularly releases the number of positive COVID-19 test results, but only for cases that are self-reported. As of Aug. 31, the school reported 220 new cases, bringing the semester-to-date total to 1,142, according to the data released by the school. As for employees, three positive cases were reported, bringing the total for the semester so far to 16.

In a statement provided to Inside Higher Ed, a University of Iowa spokesperson said the school is following the advice of officials and the Centers for Disease Control and Prevention, “doing its best to provide a world-class education during an unprecedented pandemic.”

“We acknowledge individuals’ concerns about in-person instruction,” the spokesperson further told the outlet, “but we have also received emails from faculty and graduate students who prefer to teach in person.”

School officials came under fire in August for their plans to resume in-person classes and on-campus housing. The university said at the time it would not test students as they began moving into the Iowa City campus.