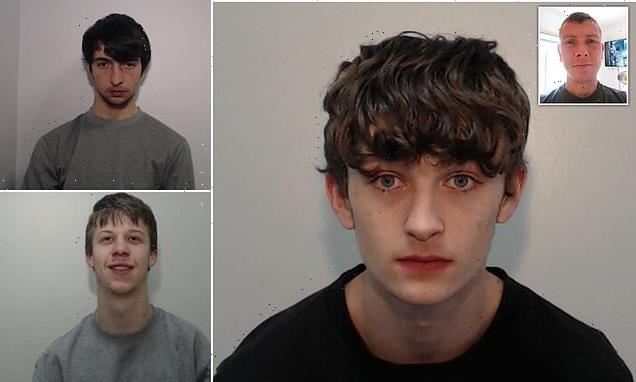 Unmasked: The three schoolboys who killed vulnerable man by pushing him into a canal before returning to take sick video souvenirs of police guarding the crime scene

Three teenagers have been sentenced to almost 50 years in custody for luring a vulnerable man to a remote spot before violently attacking him and shoving him into a canal.

The body of Scott Anderton, 33, from Leigh, Greater Manchester, was found floating in the Leeds and Liverpool canal in his home town on the morning of March 25.

Liam Bailey, 18, had pleaded guilty to the murder of Mr Anderton, while Harry Maher, 16, was found guilty by a jury of the same charge and Liam O’Brien, 17, was convicted of manslaughter.

The identities of the juveniles has been revealed for the first time today after reporting restrictions were lifted by the judge.

A post-mortem examination showed Mr Anderton suffered 35 separate sharp force injuries, including chop and stab wounds, that covered his body from the top of his head to his shins.

The nature of some of the wounds indicated Mr Anderton tried to protect himself and, in the opinion of a pathologist, were ‘equally consistent with blows being delivered to prevent him getting out of the canal’.

The cause of his death was multiple sharp force injuries with blunt force trauma to the head and terminal drowning. 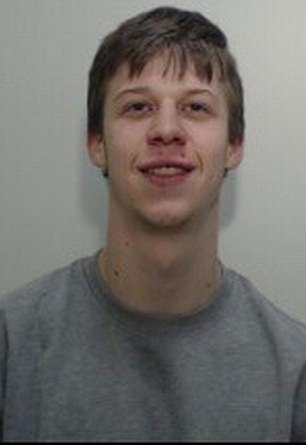 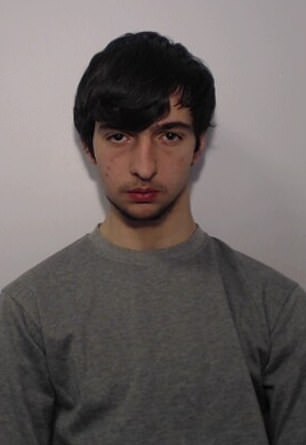 Three teenagers have been sentenced for the killing of Scott Anderton, a ‘vulnerable’ man who was attacked and pushed into a canal. Liam Bailey (left) and Harry Maher (right) were both convicted of murder and have been jailed for life at a sentencing hearing this afternoon 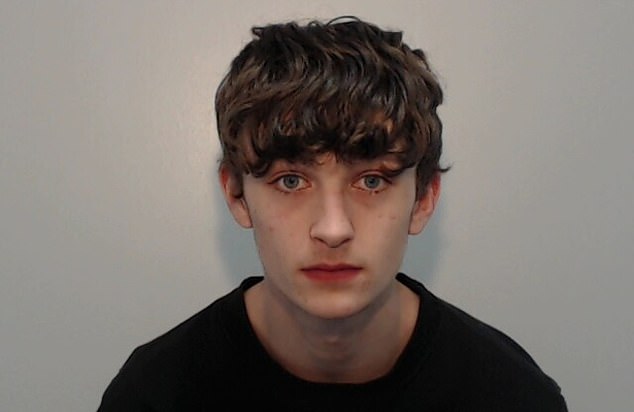 Liam O’Brien, 17, has been convicted of manslaughter and must serve 10 years in custody 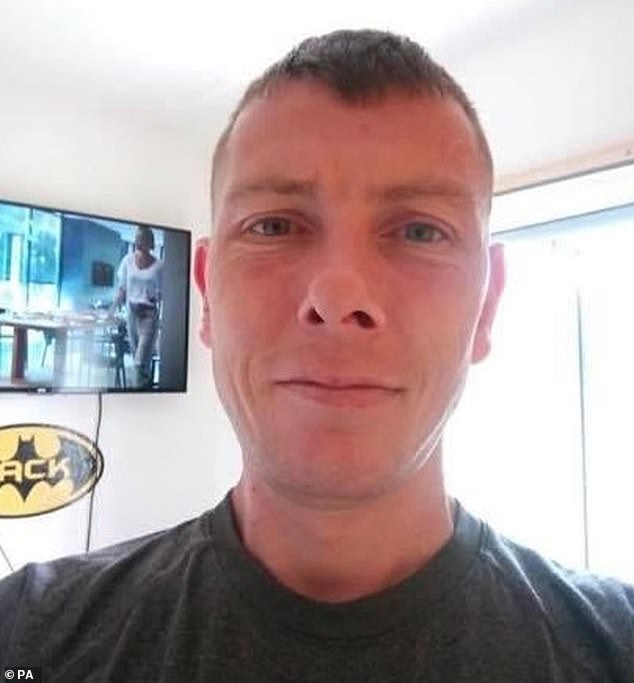 Vulnerable 33-year-old Scott Anderton (pictured), a father-of-one, was found dead in the Leeds and Liverpool canal in March after being attacked by Maher, O’Brien and Bailey

‘Scott was the most caring and loving person you could meet’

Speaking at the time of his death, Scott’s family described him as ‘the most caring, loving, kindest person you could meet’.

‘He made time for anyone he met and would always be there if anyone needed help. Even on the darkest of days Scott was always positive and had the cheekiest smile which was infectious.

‘Scott was our kid!

‘Our family have been robbed of a son, dad, grandson, brother, nephew and uncle. There is an emptiness which can never be filled and our family will never come to terms with their loss.

‘The only comfort we can find in all this madness is knowing he will finally be at peace with his precious baby girl back in his arms.

‘You are truly loved Scott. We promise you will never be forgotten and your memory will live on so it’s not goodbye forever our kid but just goodbye for now.

‘You will forever be our diamond in the mud.’

Manchester Crown Court heard Mr Anderton had the ‘tragic misfortune’ to run into the defendants shortly after he was seen on CCTV walking through Leigh town centre at about 4am, with a plastic carrier bag, wearing a bobble hat and only one shoe.

The three teenagers lured Mr Anderton to a quiet part of the canal before they subjected the young father to a ‘horrific’ act of sustained violence.

The attack ended when Mr Anderton was pushed into the canal and the gang prevented him from getting out by delivering repeated blows.

CCTV footage showed the murder victim and the defendants at the entrance to the canal on King Street, and at 4.30am ripples on the surface of the water indicated when Mr Anderton entered the canal after the attack.

The court heard Mr Anderton attempted to grab hold of the bank to pull himself back up, but soon lost consciousness and slipped into the canal as he succumbed to his injuries.

Following searches of their phones it was found that Bailey and O’Brien had returned to the scene later that morning and filmed the police cordon.

A second video – found on O’Brien’s phone – was ‘decorated with clouds and a rainbow with a caption saying ‘Good Vibes’.

After murdering Mr Anderton, Maher made an internet search enquiring ‘How long do u get for a murder’.

Bailey was also found guilty of attempting to rob a young man in the hours before Mr Anderton’s murder. 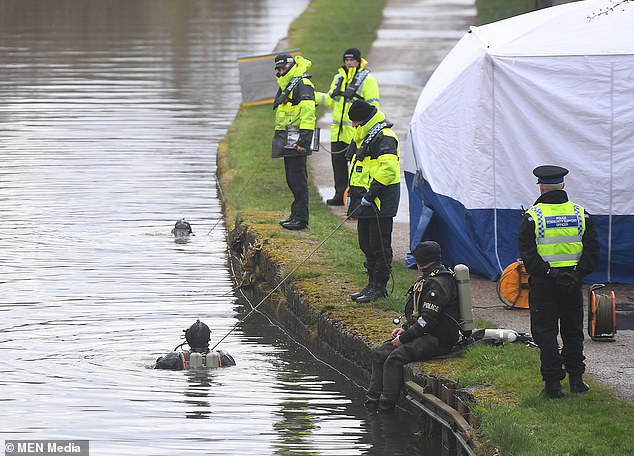 After his body was pulled from the canal (pictured), officers established the 33-year-old father died from stab wounds and blunt force trauma injuries sustained during the violent assault

He had also pleaded guilty at an earlier hearing to inflicting grievous bodily harm on a 40-year-man who suffered life-changing injuries in a late night attack near Leigh town centre on September 1 last year.

Prosecutor Michael Brady QC said the victim, like Mr Anderton, was targeted because he was ‘vulnerable and alone’.

O’Brien was found guilty of inflicting grievous bodily harm in relation to the September 1 incident.

On Friday, Bailey, of Leigh, received a life term and must serve a minimum of 23 years and four months in custody.

Maher, of Standish, was also given a life term with a minimum 16 years before he can be considered for parole.

O’Brien, of Leigh, was sentenced to 10 years youth custody.

Detective Chief Inspector Liz Hopkinson of GMP’s Major Incident Team said: ‘This was an extremely violent, callous and unprovoked attack that cost a man his life.

‘They showed absolutely no remorse for their heinous actions, ignoring his cries for help, before watching him die in the canal. In a final act of evil, they then returned to the scene of the crime to take videos.

‘Thankfully due to the extensive CCTV enquiries we were able to quickly pin point their movements that evening and morning and established that all three of them had been with the victim and were involved in his death.

‘Although we will not be able to bring Scott back I hope today’s significant sentence provides a sense of justice and closure for his family and loved ones.

‘I’m glad all three will now be behind bars for the foreseeable and will not be able to inflict any further damage or injuries.’