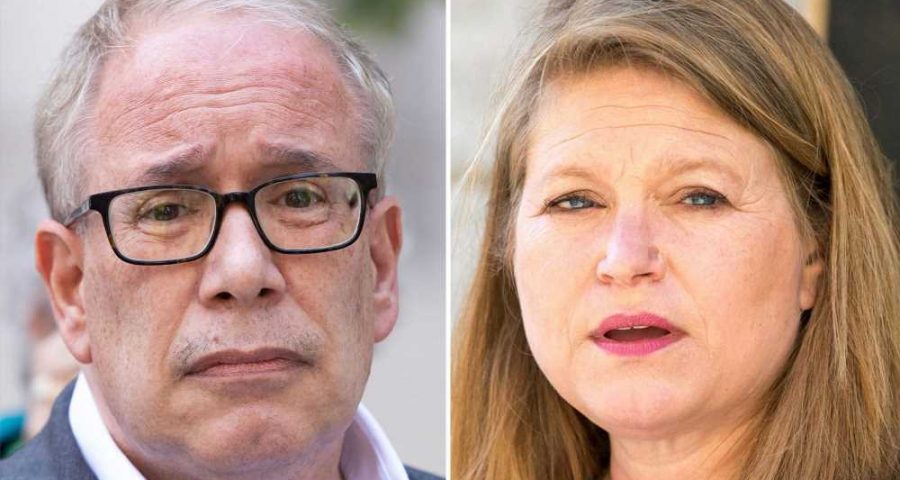 The largest Democratic political club on Manhattan’s Upper East Side voted Thursday night to pull its endorsement of embattled Scott Stringer for mayor and selected Kathryn Garcia to replace him as its choice to run City Hall.

The vote by the Four Freedoms Democratic Club is the latest blow to Stringer, the current city comptroller whose mayoral campaign stalled after a former volunteer from a prior 2001 campaign for public advocate accused him of sexual misconduct.

Accuser Jean Kim alleged that Stringer repeatedly groped her and said, “Why won’t you f–k me?” when she worked as an “unpaid intern” for his 2001 campaign. He was an assemblyman representing the Upper West Side at the time.

Kim also filed a complaint against Stringer with the state attorney general’s office.

Stringer has denied wrongdoing but said he had a “consensual” relationship with Kim.

No other women have come forward to accuse Stringer of mistreatment since Kim’s bombshell claim last month.

The abandonment of Four Freedoms stings because the UES is supposed to be part of lifelong Manhattanite Stringer’s political base.

During a zoom meeting, club members voted 45 to 16 to rescind its backing of Stringer, a source close to Four Freedoms said.

After several rounds of ranked choice voting, the club then tapped Garcia, the former city Sanitation commissioner, as its mayoral choice for the June 22 Democratic primary.

Erica Vladimer, the recording secretary, confirmed the votes but referred the Post to club president Jerry Ferguson for any comment.

Stringer has carried on despite the loss of political support.

He still has the support of the powerful teachers’ union and other labor groups including Teamsters Local 237.

The club — whose members reside in Roosevelt Island as well as the UES — is named after the four freedoms cited by former President Franklin Deleanor Roosevelt that belong to all Americans — Freedom of Speech, Freedom of Worship, Freedom from Want and Freedom from Fear.