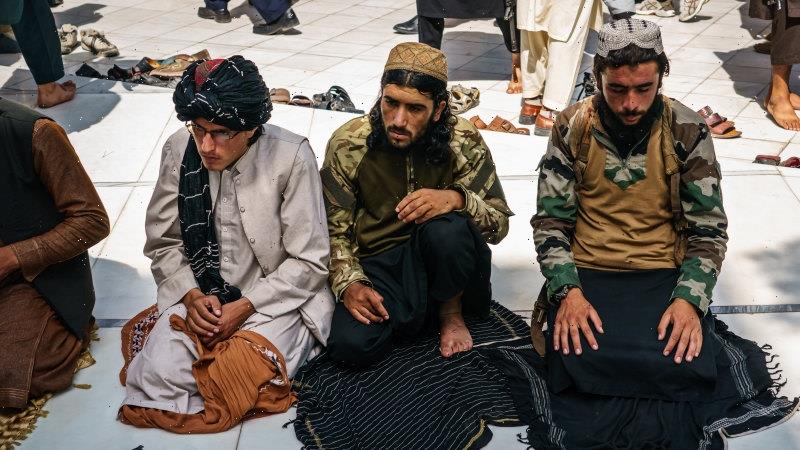 Washington: The United States has evacuated 2,500 Americans from Kabul over the past week, senior US officials said on Saturday, adding that Washington is fighting against “time and space” to evacuate people from Afghanistan.

Briefing reporters at the Pentagon, Major General William Taylor said a total of 17,000 people have so far been evacuated including the 2,500 Americans. 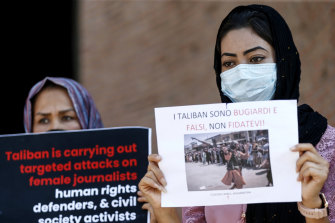 Members of the Afghan community in Rome hold up posters including one with writing in Italian “The Taliban are liars and false, don’t trust them!“, during a demonstration. Credit:

Pentagon spokesman John Kirby said he did not have a “perfect figure” on how many Americans remain in Kabul and Afghanistan more broadly.

President Joe Biden who has faced criticism for his response to the fall of Kabul will not spend the weekend at his home in Delaware after all.

The White House said on Saturday that Biden would no longer travel to Wilmington as planned. No immediate explanation was given.

The announcement from the White House came as Biden was scheduled to meet with his national security team “to hear intelligence, security and diplomatic updates on the evolving situation in Afghanistan.”

The Taliban takeover of Afghans last Sunday has consumed his administration, which was caught off-guard by the development and is scrambling to evacuate thousands of Americans, Afghans who assisted the US during the war, and others.

The White House also did not indicate whether the president planned to travel on Sunday.