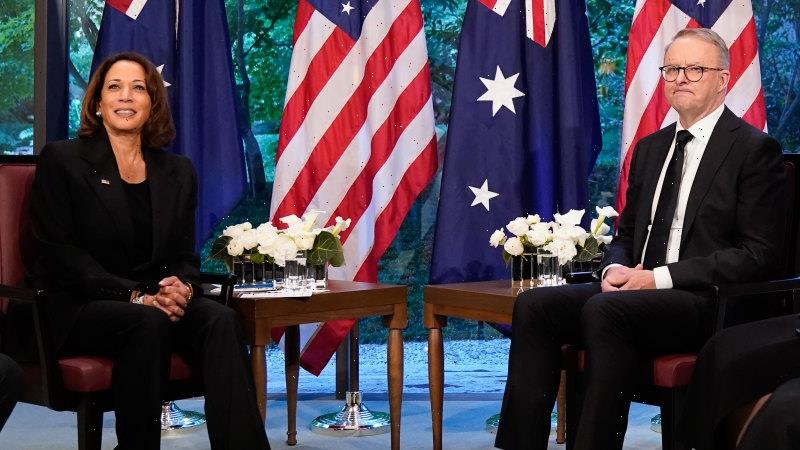 Tokyo: Australia will engage with US plans to accelerate the construction of AUKUS nuclear submarines, says Prime Minister Anthony Albanese, as Tony Abbott calls for new submarines to be delivered as soon as possible to meet the threat of China’s growing fleet.

Speaking in Tokyo after meeting with US Vice President Kamala Harris, Albanese said the pair had discussed deepening cooperation through the Quad leaders meeting and through AUKUS – the nuclear submarine pact between Australia, the United Kingdom and the United States. 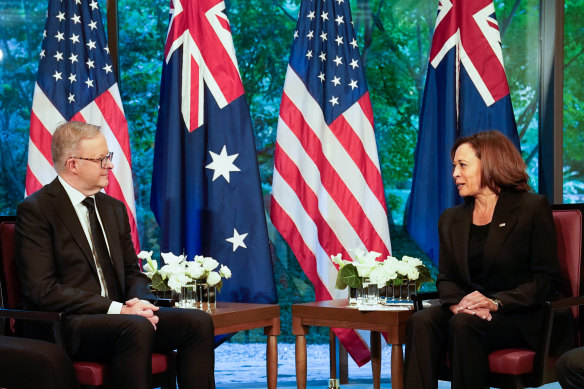 The Wall Street Journal reported on the weekend that the Biden administration was exploring options to expedite Australia’s acquisition of nuclear-powered submarines to respond to China’s growing military power. The plan would involve delivering nuclear subs built in the US by the 2030s – a decade ahead of the current AUKUS schedule – before giving Australia the capability to produce nuclear-power submarines at home.

A decision on the best way forward is expected by March. AUKUS and Quad meetings are due to be held by early next year, with Albanese hosting US President Joe Biden, Japanese Prime Minister Fumio Kishida and Indian Prime Minister Narendra Modi in Australia for the Quad leaders dialogue.

“AUKUS is important. And the relationship between Australia and the United States and the United Kingdom is, of course, a long one and a deep one,” Albanese said. “We’ll continue to engage on those issues.” 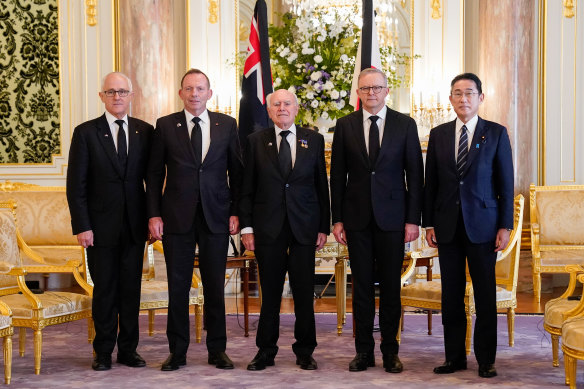 “The quicker we can get either a [UK] Astute-based or a [US] Virginia-based Australian nuclear submarine, the better,” he told The Sydney Morning Herald and The Age.

“And in the meantime if we can get a retired British or American submarine as an operational training base that would be well worth doing as well.”

Australia is facing the possibility of not having any submarine capability by the 2030s and 40s unless it makes substantial investments in its fleet of ageing Collins class submarines – leaving it vulnerable as tensions rise over the Taiwan Strait.

The security of the region in response to China’s growing assertiveness, climate change, and the Pacific dominated the meeting between Albanese and Harris on Tuesday. 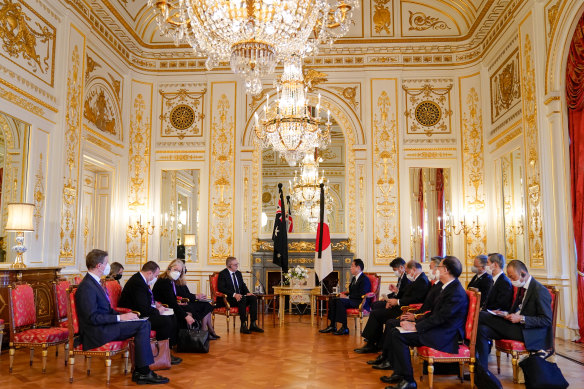 Harris said it was significant that the Prime Minister and Vice President were in Tokyo together.
“We share a common goal and bond as it relates to our dedication to peace and security in the Indo-Pacific,” she said.

“And the work that we will continue to do to ensure that we are guided by what we are joined in terms of international rules and norms around the importance of peace, security and prosperity.”

Albanese told Kishida that the Quad would not have occurred “without Abe’s leadership”. Abe, Japan’s longest-serving prime minister, was assassinated in July.

The list of more than 4000 guests for Abe’s funeral reflected a growing geopolitical divide. Australia sent Albanese, Abbott, Malcolm Turnbull and John Howard. India sent Prime Minister Narendra Modi and the US sent Harris. China was represented by its former science and technology minister Wan Gang, after years of tension between Beijing and Tokyo under Abe.

“I think the clear message for Beijing is democracy is prepared to make common cause in support of democratic values,” said Abbott.