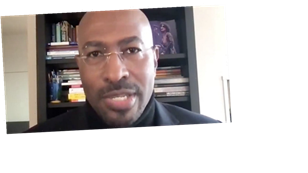 Jones began by giving a shout-out to a few organizations that played a pivotal role in combatting voter suppression and mobilizing voters in Georgia ahead of the 2020 presidential election and the subsequent Senate runoffs. “The big factor is Black Voters Matter, it’s New Georgia Project,” he said. “You have Black genius and grassroots genius on display and Black joy. Some of the tactics that were used on the ground to get people together — food, music, culture — this is Black joy versus a certain kind of white rage, and Black joy won.”