Art vandal, 20, who punched hole in Pablo Picasso’s £20m Bust of a Woman at Tate Modern because he wanted ‘five minutes of fame’ is jailed for 18 months

A vandal who punched a hole in Picasso’s £20million Bust of a Woman painting for ‘five minutes of fame’ has been jailed for 18 months.

Shakeel Ryan Massey, 20, ripped the Picasso painting at the Tate Modern on December 28 last year after smashing through the protective glass barrier.

The oil painting was taken away to be assessed for damages by a conservation team after Massey ripped it.

Massey had admitted one charge of criminal damage and was today handed his 18-month sentence at Inner London Crown Court. 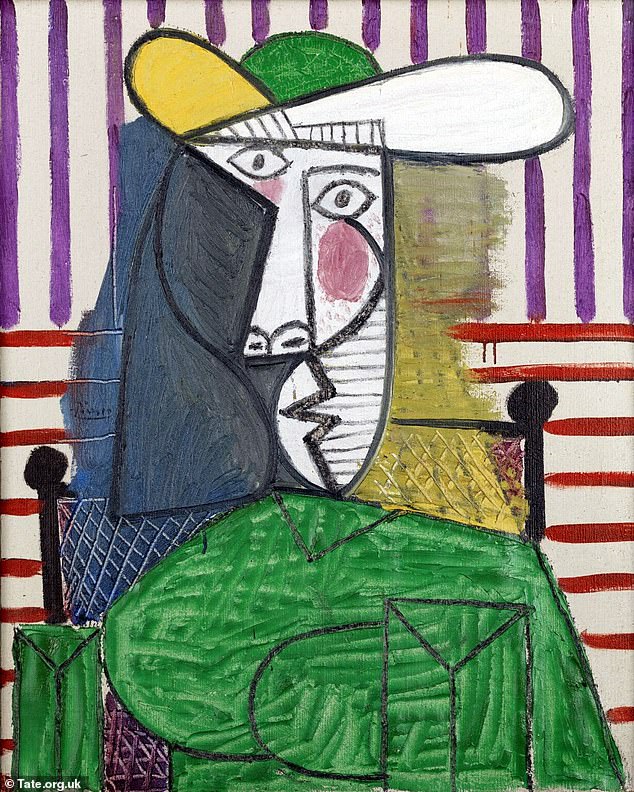 Shakeel Ryan Massey, 20, ripped the Picasso painting (pictured) at the Tate Modern on December 28 last year after smashing through the protective glass barrier

Massey’s lawyer, Glen Harris said that his client had been an immature artist making a point of ‘who knows what’, the Evening Standard reports.

He also said that his client did what he did ‘for five minutes of fame’.

Earlier Judge Silas Reid had said: ‘On the face of it he’s come to do what he did and he’s done it entirely deliberately.’

The court was told Massey had spent several minutes looking at the Picasso before he dropped his coat to the floor and punched the painting, smashing the protective glass and ripping the middle of the painting.

The Tate Modern has said that the Picasso painting is currently undergoing 18-months of restoration work at a cost of up to £350,000.

According to the Tate’s website, the oil painting, which was created in 1944 in Paris, depicts photographer Dora Maar in a semi-abstract style, wearing a hat and green clothing while sitting on a black metal chair.

Massey has given up his architecture degree in Spain since the attack on the painting.

Wlodzimierz Umaniec, a self-proclaimed artist vandalised a Mark Rothko painting at the Tate Modern gallery in 2012 and was later jailed for two years for the attack.

Massey had a hand written note in his hand during the attack detailing the potential prison time he was facing based on Umaniec’s previous attack.