Next week’s state budget has to be a big-spending affair – not just to stimulate economic recovery from the COVID recession, but to meet the enormous support needs of Victorians created by the months of lockdown.

Already the Andrews government is drip-feeding good-news stories to the media, to try to flip the conversation from despondency about the pandemic to hope for revival. 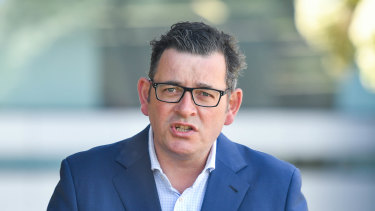 Premier Daniel Andrews is seeking to turn the narrative from despondency to optimism. Credit:Joe Armao

One very welcome pre-budget story is that an extra $870 million will be spent on mental health.

One of the many downsides of the extended – although also remarkably successful – lockdown was a significant uptick in mental health problems. Victoria’s shambolic mental health system was ill-positioned to tackle this, so the extra investment is necessary. But more, much more, will be required when the current royal commission into the state’s mental health system reports next year.

The budget will also need to do more beyond mental health. In fact, the COVID crisis – and the lessons learned – provides a unique opportunity for the state government to revisit previous commitments and decisions, and to reset the direction for Victoria’s health system.

Here are three major priorities the budget needs to address: 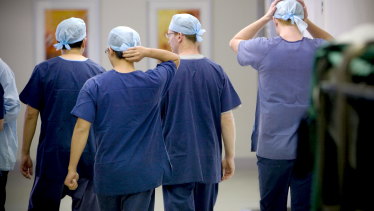 The pandemic has also showed that we can – and should – treat quite complex patients in their own home. One of the lessons from COVID should be that the new community hospitals should be less big constructions and more healthcare hubs, perhaps linked to the government’s ‘Better at Home’ initiative, announced as another pre-budget leak. The new hospitals should look very different from what was planned and promised – fewer beds, but more a base for hospital-in-the-home care and for urgent care. Outpatient care should increasingly be by telehealth, again changing what might have been planned in the past.

Secondly, the government should scrap the cuts to staffing in the Department of Health. Going into the pandemic, Victoria was behind the eight-ball – the state had a weak public health infrastructure compared to every other state. And the last budget was premised on it becoming even weaker, with an ‘efficiency dividend’, due to kick in just before the pandemic started, which would have resulted in a massive downsizing of the department.

The underfunding of the central core – which had occurred under Labor and Liberal alike – is partly to blame for Victoria’s initial poor response to the pandemic. The quick patch-up job implemented during the pandemic – employing dozens of highly paid consultants to beef up staffing, and sending the office junior down to Officeworks to buy computers to replace whiteboards, pencils, and paper as the technology for contact tracing – is not a long-term strategy. We have all seen the consequences of the under-investment, and we don’t want to see it again.

Thirdly, the government should use the budget to commit to a 10-year program to ensure that social housing meets needs – minimal waiting and much less overcrowding.

The pre-budget announcement of a major investment in social housing is a very welcome step in the right direction, but government should also commit to the longer-term goal of eliminating the social housing gap.

The virus spread quickly through the public housing estates in inner Melbourne, and this contributed to COVID-19 getting out of control and threatening to overwhelm the public health system. The overcrowding in the estates is the result of inadequate provision of social housing in years gone by. A significant expansion of social housing would be a win-win-win: it would help some of Victoria’s most vulnerable citizens, it would reduce the risk of spread of infections in future, and it would help to reduce the very visible problems of homelessness in Melbourne.

Next Tuesday’s Victorian budget will be one of the most important in living memory. Budget 2020 will be a key part of the state’s recovery from the COVID recession, and the damage caused by one of the world’s longest lockdowns. The government must get its priorities right, face up to previous mistakes, and set up Victoria’s health system for a healthier, smarter future.

Stephen Duckett is director of the health program at Grattan Institute.