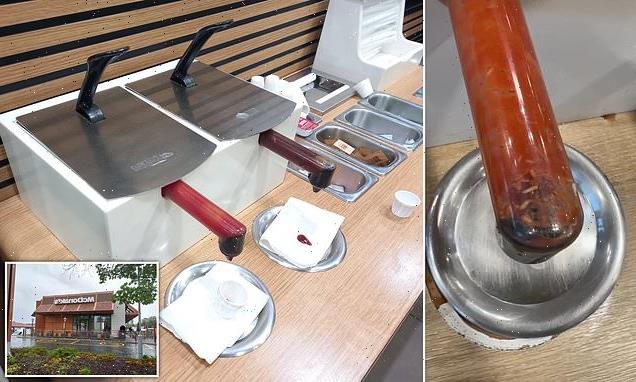 A mother taking her kids to McDonald’s made a gruesome discovery after finding ‘maggots’ squirming inside a ketchup dispenser at a branch in Letchworth, Hertfordshire.

Corinne, 36, ordered chicken nuggets for her kids before thinking to get some ketchup to accompany the meal.

She said: ‘I had placed my order and was waiting for it by the counter when I thought to get some ketchup for my son,’ she said.

‘I went to use the pump and when I was picking up the pot I saw them moving.

‘There was another lady about to get some so I pointed it out to her; she just made a yuck face and left.’ 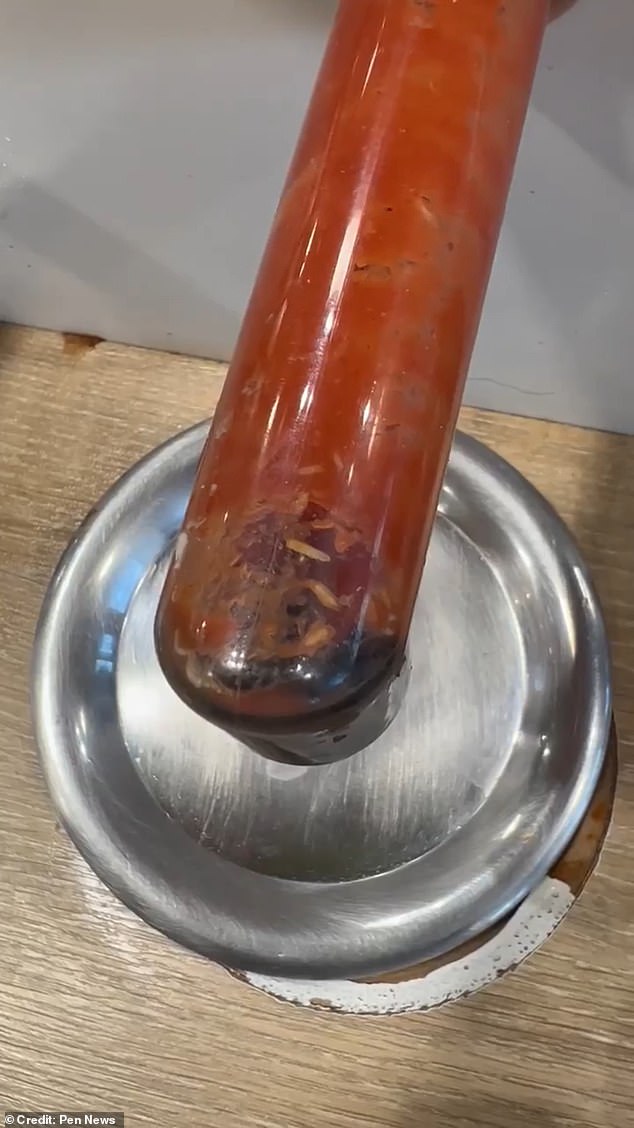 In the video, the revolting maggots are seen wriggling at the nozzle end of the dispenser.

However, Corinne says they were visible throughout the length of the tube.

She said: ‘I pointed it out to a girl who was cleaning the floor and she didn’t believe me at first so I showed her.

‘She then called a manager, who looked about 15, and he just shrugged and said that pump hasn’t worked in a while.

‘We had our food, but it was thoroughly checked after that!’ 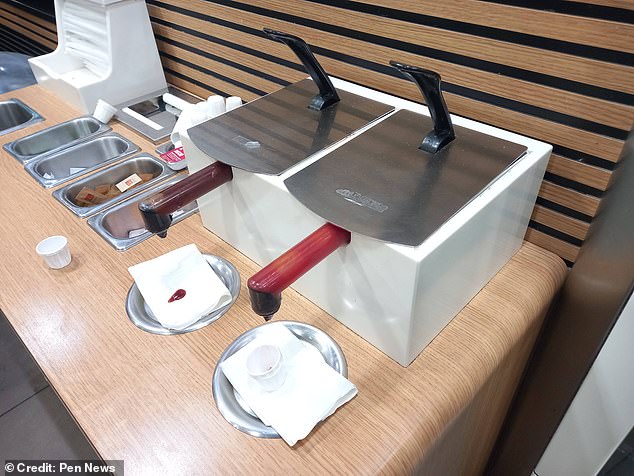 Corinne has vowed never return to the Letchworth branch after the shocking find.

‘Definitely not that one and I will need a good long while before I go back to any,’ she said.

‘I can do without it but the kids love it.’

McDonald’s confirmed it was investigating the matter.

A spokesperson said: ‘Food safety and hygiene is of the utmost importance to us.

‘We’re extremely disappointed to see that we have fallen short on this occasion.

‘Our condiment area and dispensers are checked for cleanliness on a daily basis, and when the matter was brought to the attention of our restaurant team we immediately took the dispensers out of action to be cleaned and sanitised.

‘We are conducting a thorough investigation to understand how the incident occurred on this occasion.’