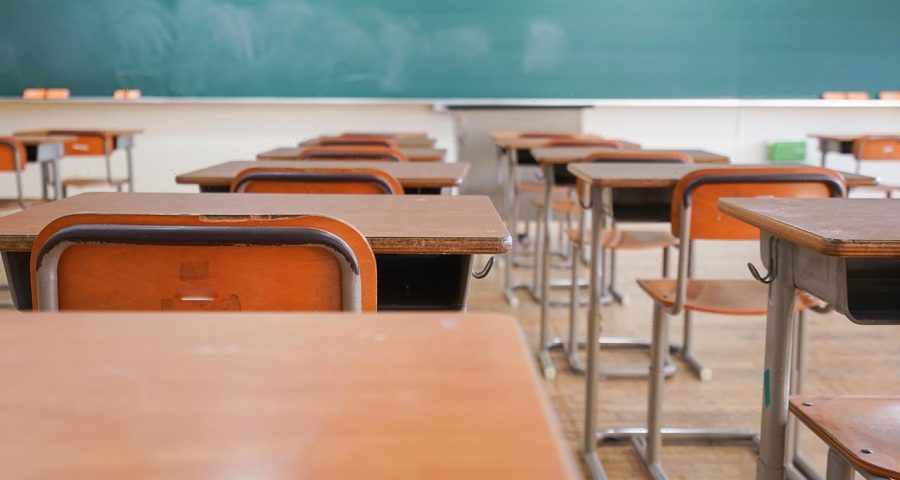 The Virginia Department of Education (VDOE) is attempting to walk back its equity-focuses math program in a way that conflicts with previous statements it has made and materials it has promoted on acceleration.

The Washington Post reported on Monday that Virginia Superintendent James Lane denied moving to eliminate accelerated math courses. He claimed that school districts would continue to offer Algebra 1 and other traditional courses that the state previously said would be eliminated as part of the new framework.

Ian Shenk, who identified as part of the “essential concepts committee” during a regional webinar on VMPI, told viewers: “Let me be totally clear, we are talking about taking Algebra 1, Geometry, Algebra 2 – those three courses that we’ve known and loved … and removing them from our high school mathematics program, replacing them with essential concepts for grade eight, nine and 10.”

Shenk also clarified that under the framework, everyone in eighth grade would take “essential concepts 8.” Hanover Public Schools in Virginia lists him as an “mathematics curriculum specialist.” At the beginning of the webinar, it lists speakers, including “Ian Shenk, Hanover Public Schools.”

The Post omitted his comment from its story and excluded relevant background material calling for the elimination of math tracking.

Shenk’s statements reflected earlier comments from Tina Mazzacane, a state employee who claimed the state wanted to move toward “heterogeneous” classrooms and avoid separating students according to ability. “The VMPI really seeks to increase opportunities and remove barriers for learning math so that every student can have that opportunity to achieve in their education and toward their career goals,” she said, after highlighting racial disparities in math performance.

The issue surfaced last week when Loudoun school board member Ian Serotkin, who also sits on the county’s Curriculum and Instruction Committee, posted a graphic that appeared to show schools phasing out Algebra 1 and other traditional courses in favor of “concepts” curricula.

VMPI later updated its webpage with language saying it would allow acceleration. “The implementation of VMPI would still allow for student acceleration in mathematics content according to ability and achievement,” it said.

“It does not dictate how and when students take specific courses. Those decisions remain with students and school divisions based on individualized learning needs.”

After the state issued new language, Serotkin said on Tuesday: “Some parts of this are quite different than their previous messaging and information provided, and alleviates much of my concern.” The updated version also moves equity down on its list of priorities. Previously, it was listed first and is currently listed fourth.

Serotkin did not respond to Fox News’ request for additional clarification.

When contacted by Fox News last week, the DOE did not dispute Serotkin’s original Facebook post, but instead said its implementation team was “currently working to seek feedback to help ensure local implementation practices address concerns like the shift from acceleration to deeper learning.”

Spokesman Charles Pyle specified that “parents and the system have valued and rewarded speed via acceleration and ‘covering content’ rather than depth of understanding.”

When asked about acceleration, Pyle said the state would push for “differentiated instruction” but didn’t dispute that the state would remove accelerated courses whereby advanced students take, for example, Algebra 1 two years ahead of other students.

“The Virginia Mathematics Pathway Initiative shifts to a focus on and value for deeper learning through differentiated instruction on grade level that will promote student development of critical thinking, authentic application and problem solving skills,” Pyle said.

He added that “differentiated instruction means providing instruction that is catered to the learning needs of each child (appropriate levels of challenge and academic rigor).”

Shenk similarly said that the K-7 concepts curricula would move away from accelerated learning and move students more toward “deeper” understanding of certain topics.

He also suggests that attendees of the webinar would meet resistance since “some of you have recognized that there’s folks in your division who may not believe that its appropriate to detrack.” “Detracking” refers to the practice of removing students from their path – accelerated or not – for taking a series of math courses.

As Fox News noted last week, the implementation across school districts is unclear. The framework is still in preliminary stages and, according to Lane, a draft could emerge in 2022-23 with changes taking place as early as the 2025-26 school year. However, both Serotkin’s comments and VMPI’s own website point to a curriculum overhaul that would eliminate accelerated courses.

Serotkin also told a Facebook user last week that the changes were mandatory. “I asked that exact question last night,” he said, referring to his committee meeting last Monday. “It is a requirement from the state and we have to adopt it.” According to The College Fix, Serotkin similarly said the VMPI’s previous webpage “made clear that the VDOE wanted to take away advanced math coursework.”

“Virginia Department of Education officials are treating parents as if we are fools,” said Asra Nomani, a Virginia parent who helps lead Parents Defending Education.

“It’s only because of the vigilance of Virginia parents that the Department of Education realizes that its plans to gut math in the state in the name of ‘equity’ is a national embarrassment.”

Although the VDOE has attempted to distance itself from its initial statements, the superintendent’s comments are a stark departure from what its own background material recommends.

According to its webpage, VMPI has its “origin” in a 2018 study by the National Council of Teachers of Mathematics (NCTM), which explicitly calls for “two to three years of mathematics in a common shared pathway focusing on the Essential Concepts.”

VMPI’s website cites as an additional resource a NCTM position statement specifically calling for an end to “tracking.”

“As a practice, tracking too often leads to segregation, deadend pathways, and low quality experiences, and disproportionately has a negative impact on minority and low-socioeconomic students. Additionally, placement into tracks too often lacks transparency and accountability,” it reads.

“Overall, tracking does not improve achievement but it does increase educational inequality. In light of this, NCSM calls instead for detracked, heterogeneous mathematics instruction through early high school, after which students may be well-served by separate curricular pathways that all lead to viable, post-secondary options.”

It adds that even eliminating “tracking” is not enough and that students must be willing to forgo their “privilege” in order to address inequities.

“Detracking continues to be ‘tied to larger social inequities and racial injustice,'” the paper reads.

“Therefore, the goal of detracking will not be realized without working to dismantle the various social, political and cultural reasons tracking persists. Those that have been privileged by the current system must be willing to give up that privilege for more equitable schooling.”

The Post did not mention either of those documents, nor did it reference the other background materials promoted on VMPI’s website and in its regional webinar.

NCSM defines detracking as “the intentional practice of placing students into heterogeneous classrooms usually in an effort to reduce the opportunity gap and allow all students to learn mathematics at high levels. Detracking requires the interruption of policies that have led to the inequitable sorting of students into mathematics courses.”

Another statement is titled “Mathematics Education Through the Lens of Social Justice: Acknowledgment, Actions, and Accountability.” The statement, released in conjunction with “TODOS: Mathematics for All,” similarly criticizes “tracking.” It also argues that schools should take a “social justice stance” that “interrogates and challenges the roles power, privilege, and oppression play in the current unjust system of mathematics education – and in society as a whole.”

It’s unclear how feasible detracking and “heterogeneous” classrooms would be as they group students of varying skill levels, requiring differing levels of instructions from educators.

“The whole idea of flexible math lanes/grouping is that teachers can provide much better differentiated learning for their students when they have a more narrow range of students to teach,” said Lori Meyers, a teacher who leads Educators for Quality and Equality.

“Even within a lane, teachers must differentiate. No class is entirely uniform. With laning, teachers have a more narrow range of student proficiency to address, allowing them to go into much more conceptual depth.”

Glenn Youngkin, a Republican gubernatorial candidate in Virginia, claimed the VDOE was trying to cover up for what it plainly said.

“The Northam administration clearly got caught and now they’re trying to cover it up,” he said in a statement provided to Fox News.

“It’s very clear from the VDOE website and webinars that eliminating accelerated math classes prior to 11th grade is exactly what they were moving to do. It’s ridiculous.”