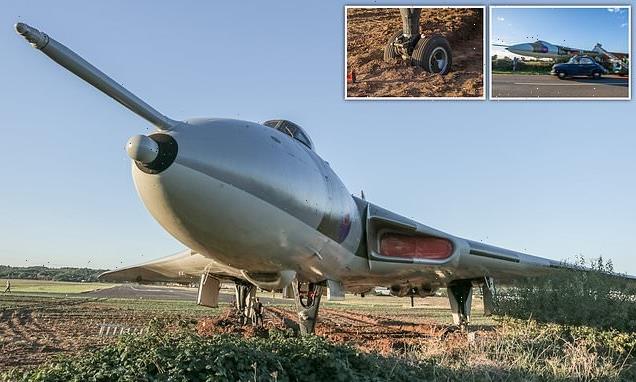 A restored Vulcan bomber ploughed off the end of a runway and nearly crashed onto a busy road yesterday.

The episode happened at Wellesbourne Mountford Airfield near Stratford St Avon in Warwickshire.

The Cold War antique, which is not airworthy but can travel on the ground, was due to perform at an air show tomorrow before it was cancelled ‘due to ongoing recovery work.’

The XM655 Maintenance and Preservation Society, which looks after the aircraft, said while it was ‘largely undamaged’ a lot of inspection work needed to be carried out. 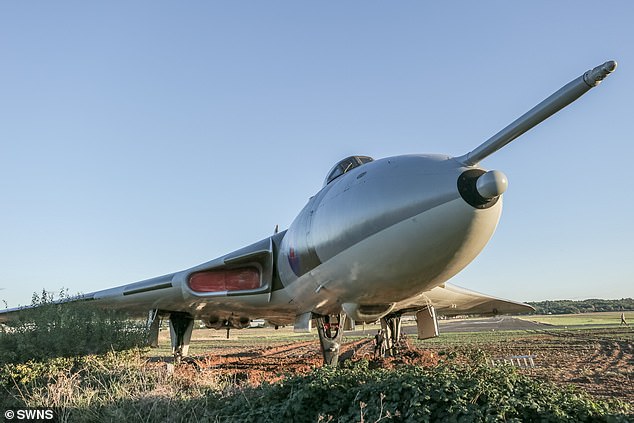 The scene at Wellesbourne Airfield, Warwickshire, where a Vulcan bomber plane has slipped off the runway 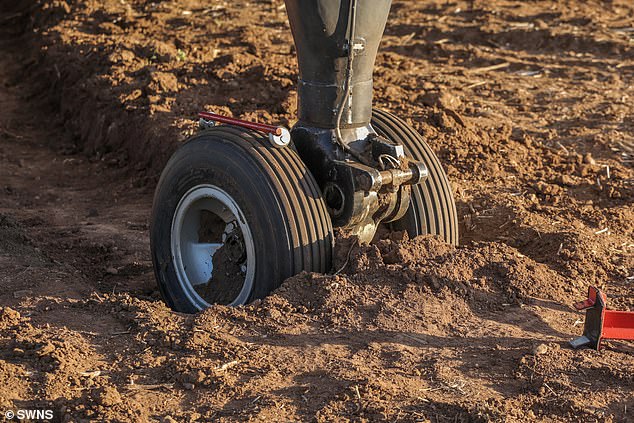 A spokesman said: ‘Due to a malfunction of a piece of equipment in the cockpit, the aircraft remained at full power for approximately two seconds longer than intended.’

Witness Robin Hammond, who went to watch the ground-run, said: ‘They’d moved it to the end of the runway and then it set off at rapid speed… I thought it was going to slow down in a minute, but it didn’t.

‘It left the runway and carried on across some land and ended up with its nose hanging over a hedge next to the road – if the soil hadn’t been so soft it would have ended up on the road.’

The XM655 Maintenance and Preservation Society said all those with tickets for tomorrow’s event had been reimbursed.

Vulcan bombers were part of Britain’s Cold War ‘V-force’, which also included Valiants and Victors and operated by the RAF from the mid-1950s until the mid-1980s. 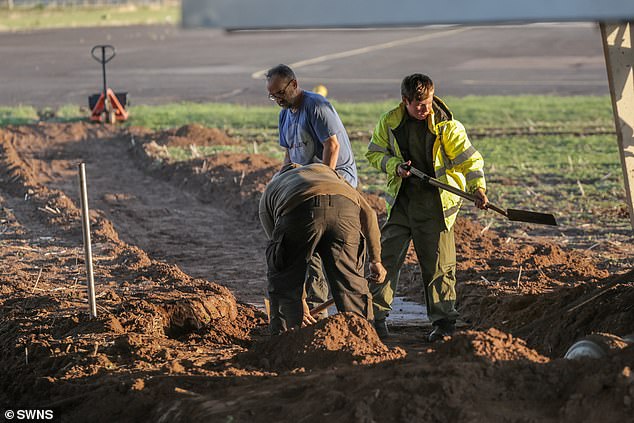 Witness Robin Hammond, who went to watch the ground-run, said: ‘They’d moved it to the end of the runway and then it set off at rapid speed… I thought it was going to slow down in a minute, but it didn’t’ 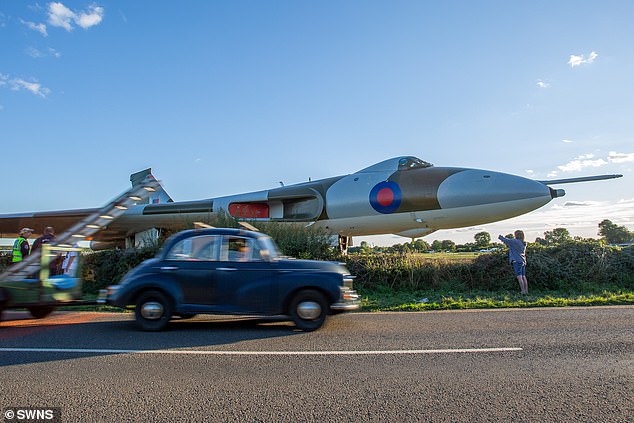 The Cold War relic sticking its nose out and onto the road as an old motor makes its way down the road. Vulcan bombers were part of Britain’s Cold War ‘V-force’

The last airworthy Vulcan flew for the final time in 2015, but not before being seen by millions at air shows and during heritage flights across the UK.

The bomber is believed to be one of only four left that can still taxi and the 655 Maintenance & Preservation Society, which maintains the aircraft, claims the incident was caused by a malfunction of one of the aircraft’s airspeed indicators.

At the controls had been Wing Commander Mike Politt, practicing for the airshow but organisers said today (SAT) that the event has now been canceled.

The V Bomber force reached its peak in June 1964 with 50 Valiants, 70 Vulcans, and 39 Victors in service but the Valiants were retired in the 1960s, and the Victors but the Vulcans continued to serve in a bomber capacity.