Don’t allow children to give Strep A to their grandparents, experts warn, as vulnerable people could be at risk of catching the disease from their grandchildren this Christmas

Vulnerable elderly people could be at risk of getting Strep A from their grandchildren over the Christmas holiday, experts have warned.

A surge in the winter bug among children has led to the deaths of 16 youngsters – but there have also been 23 among older people.

Worried parents have been inundating GP practices and some pharmacies are running out of antibiotics, prompting senior doctors to issue reassurance that it is ‘common and treatable’.

But the latest figures from the UK Health Security Agency (UKHSA) show that among those over 75 there have been 140 cases of invasive Group A Strep, the potentially life-threatening form of infection caused by the bacteria. 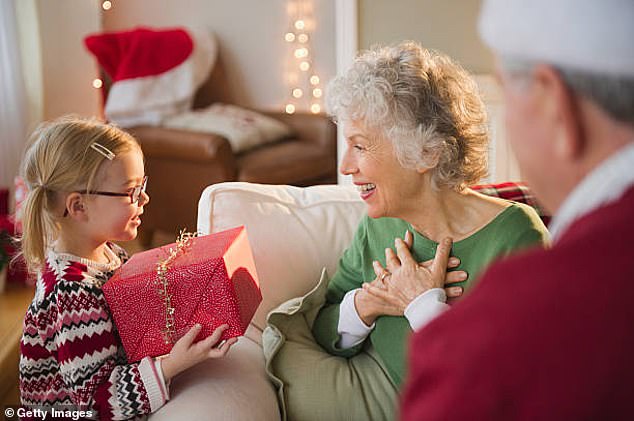 Vulnerable elderly people could be at risk of getting Strep A from their grandchildren over the Christmas holiday, experts have warned. (Stock image)

This is almost as high as cases among children. But so far one in six of those in this older age group have died from the infection.

Paul Hunter, professor in medicine at the University of East Anglia, said: ‘There has been a lot of focus on Group A Strep in children but it is worth remembering it can kill at both ends of the age spectrum.

‘Christmas is a time when older people and their grandchildren come together and mix, so families with elderly, vulnerable grandparents should think about the risk from Strep A, particularly if there is a child who has a sore throat right before Christmas, and perhaps rethink their plans.

‘The risk is not huge but one to be aware of, and older people should make sure they have their flu jabs.’

Group A Streptococcus is a bacteria commonly found on the skin or in the throat. Infection can cause a sore throat, scarlet fever or skin rash. But in very rare cases, it can become invasive and enter parts of the body where bacteria are not normally found, which can be life-threatening.

In the first 12 weeks of the winter virus season, 169 children under 15 contracted invasive Strep A, with 13 confirmed deaths in England, one in Northern Ireland and one in Wales. Yesterday a pupil in Hove, East Sussex, whose age has not yet been revealed, also died of a suspected invasive Strep A infection, bringing the total to 16. 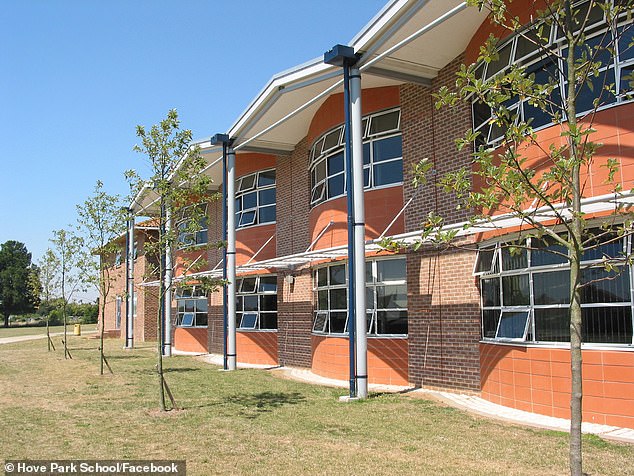 Yesterday a pupil at Hove Park School (pictured) in East Sussex, whose age has not yet been revealed, also died of a suspected invasive Strep A infection, bringing the total to 16

‘The UKHSA are monitoring the situation closely and healthcare professionals are on high alert.’

Health chiefs have suggested back-up antibiotics that can be used if pharmacies run out of the first-line treatment for possible Strep A, penicillin V.

It comes as industry professionals have warned that pharmaceutical firms have hiked the cost of antibiotics amid ‘unprecedented’ demand. One insider told Sky News the cost of Amoxicillin – an antibiotic used to treat Strep A – has risen from 80p to £18.