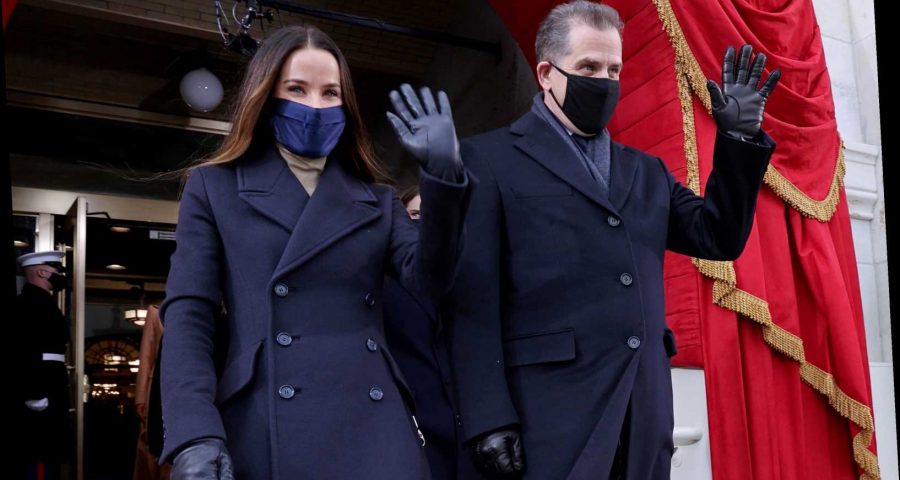 HUNTER Biden may not have had the best 2020 – but that was clearly not on his mind at his dad's inauguration.

The 50-year-old, President Joe Biden's only surviving son from his first marriage, was clearly feeling proud on the big day. 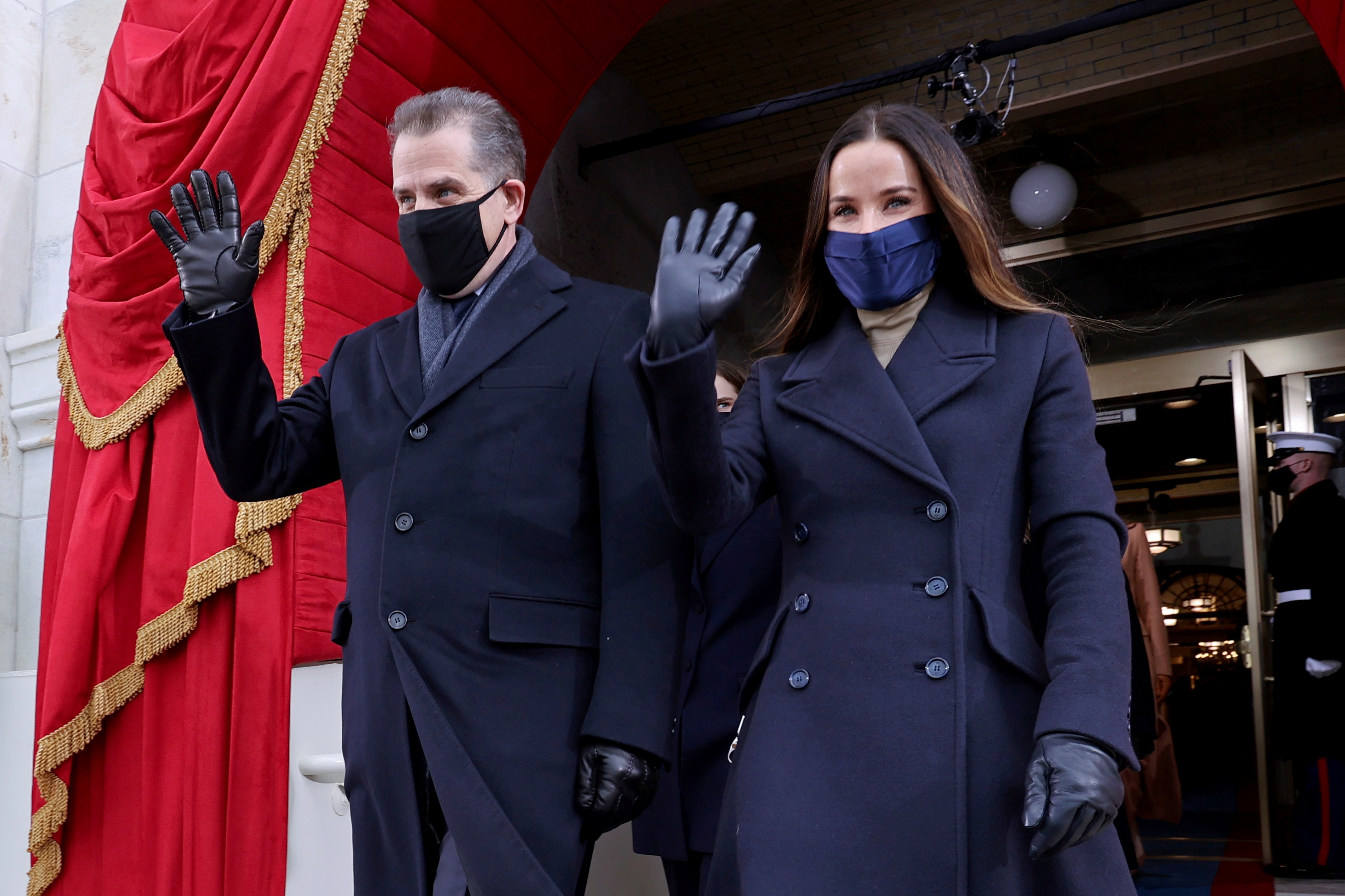 Hunter, 50, was seen alongside wife Melissa Cohen and the rest of the Biden clan as his dad was sworn in as the 46th President of the United States.

He was pictured carrying his eight-month-old son Beau, named in honor of his late brother Joseph Robinette "Beau" Biden III.

The former attorney general of Delaware died of brain cancer aged just 46 in 2015.

The little boy was held by his father as his grandfather was being sworn in at the U.S. Capitol.

Melissa and Hunter got married on May 16, 2019, after reportedly having only met each other just two weeks before.

How will Hunter Biden be involved with Joe Biden's administration?

It has not yet been revealed whether or not Hunter will be given any kind of role in his dad's administration.

However, during the presidential campaign he did hit the headlines for all the wrong reasons.

Although none of that appeared to be worrying him at the January 20, 2021 inauguration.

As Hunter walked through the Senate carriage entrance, a reporter asked for his thoughts on the day.

"All good," Hunter responded, according to Fox News. 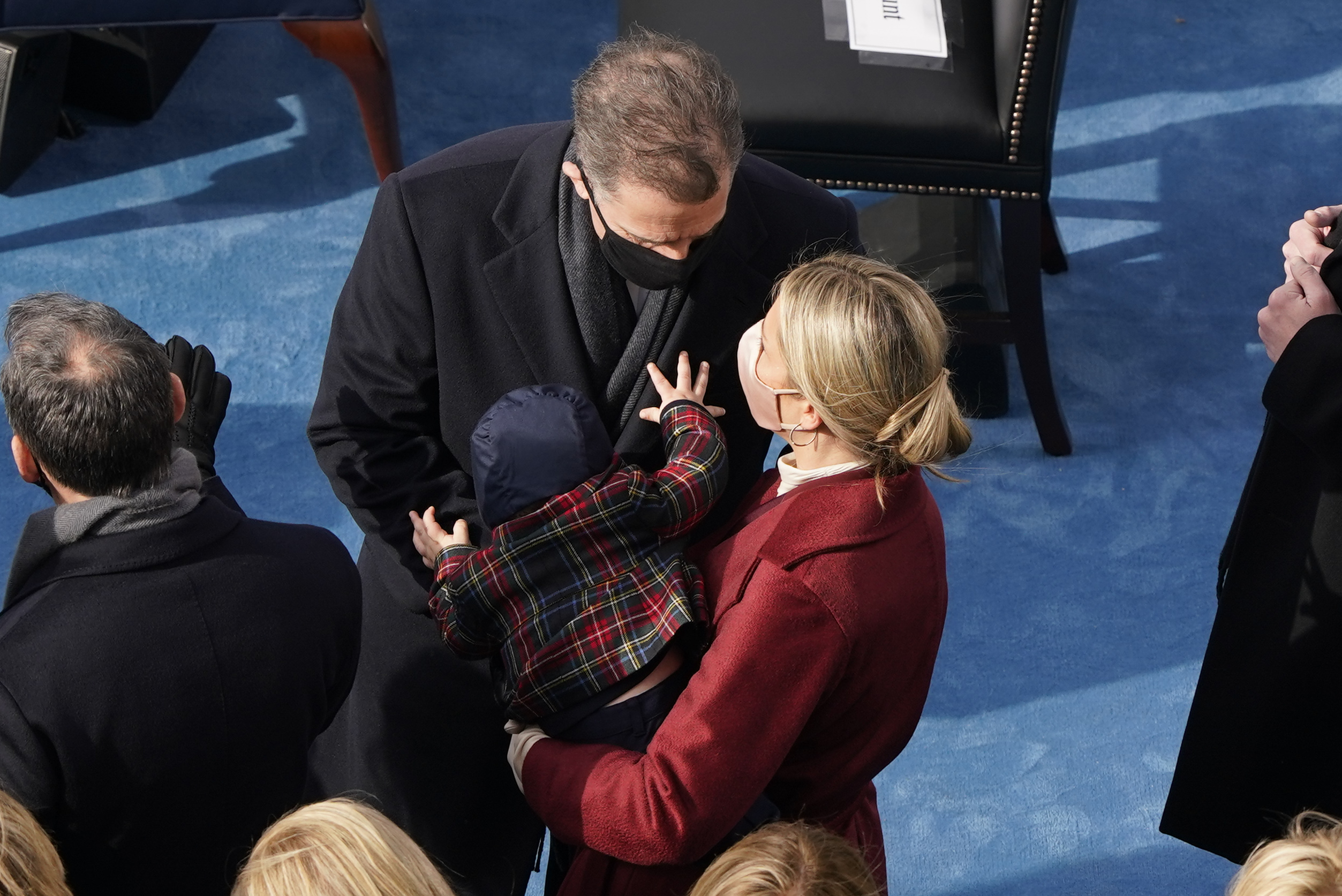 The inauguration serves as one of the rare public appearances Hunter has made since he faced scrutiny for his alleged business dealings with China.

He insists all his affairs were handled "legally and appropriately," while dad Joe has said he has "never even considered being involved in business with his family, nor in any overseas business whatsoever."

In December, it was reported that federal authorities had launched an investigation into whether Hunter had violated tax and money laundering laws in his dealings abroad, chiefly in China.

Joe Biden was not implicated in any way in the probe.

In a statement on December 10, Hunter Biden said: "I learned yesterday for the first time that the U.S. Attorney's Office in Delaware advised my legal counsel, also yesterday, that they are investigating my tax affairs.

"I take this matter very seriously but I am confident that a professional and objective review of these matters will demonstrate that I handled my affairs legally and appropriately, including with the benefit of professional tax advisors."