Was Jeffrey Epstein a SPY? Trump’s Labor Secretary Alex Acosta won’t deny he made non-prosecution deal with pedophile in 2007 because he was told the financier ‘belonged to intelligence’

Secretary of Labor Alex Acosta avoided on Wednesday answering a reporter’s question about whether he consented to a lenient plea deal for pedophile Jeffrey Epstein in 2007 because he was instructed that the financier was a spy.

According to The Daily Beast, when President Donald Trump’s transition team vetted Acosta for the top Labor Department post, he was asked about the deal and replied that he had ‘been told’ to go easy.

Acosta, in one source’s telling, said he ‘was told Epstein “belonged to intelligence” and to leave it alone.’

In a press conference Wednesday afternoon, he dodged a pointed question about whether that version of events was true.

‘Were you ever made aware at any point in your handling of this case,’ a reporter asked Acosta, ‘that Mr. Epstein was an intelligence asset of some sort?’

Acosta neither confirmed nor denied it. 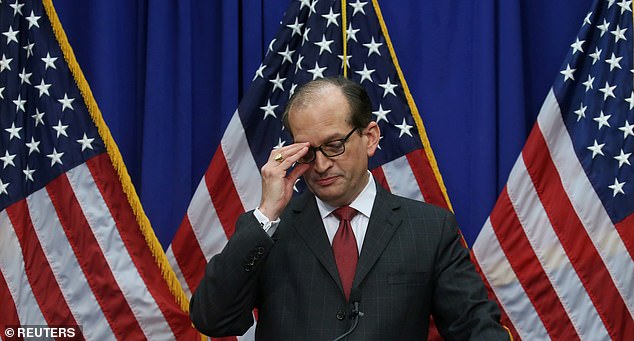 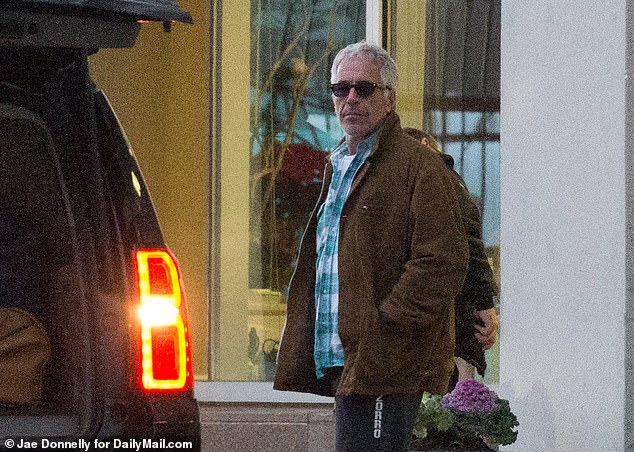 Epstein faces New York charges for sexually abusing teenage girls, more than a decade after similar charges in Florida brought him a relative slap on the wrist 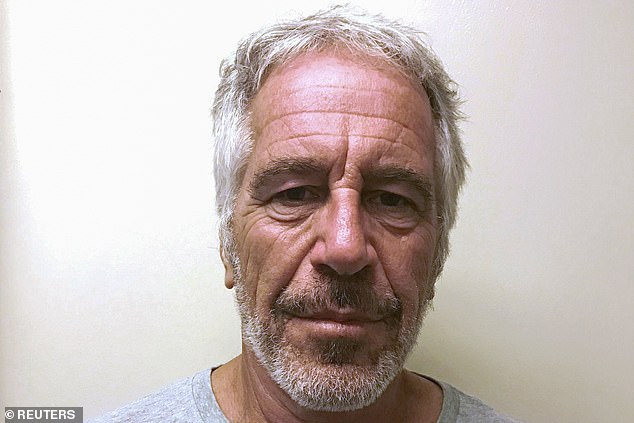 Acosta claimed Wednesday that Epstein, pictured in a 2017 New York sex offender registry photo, would ave gotten no jail time at all on the Florida charges if his fdeeral office hadn’t stepped in at the time

‘This was a case that was brought by our office,’ he said of his then-position as Florida’s top federal prosecutor. ‘It was brought based on the facts.’

‘And I look at the reporting and others, I can’t address it directly because of our guidelines, but I can tell you that a lot of reporting is going down rabbit holes.’

The Daily Beast reporter, Vicky Ward, wrote a profile of Epstein in 2003 for Vanity Fair but said later that her editor deleted many of the most salacious details in her story despite victims’ willingness to go on the record.

‘I tried to expose Jeffrey Epstein for what he is and I was silenced,’ Ward tweeted. ‘Everyone who knew about Epstein was – silenced by people with more money and power and influence.’

Epstein’s lawyers parlayed their agreement with Acosta into a 2008 plea deal with local prosecutors that required him to register as a sex offender and serve 13 months in a county jail. 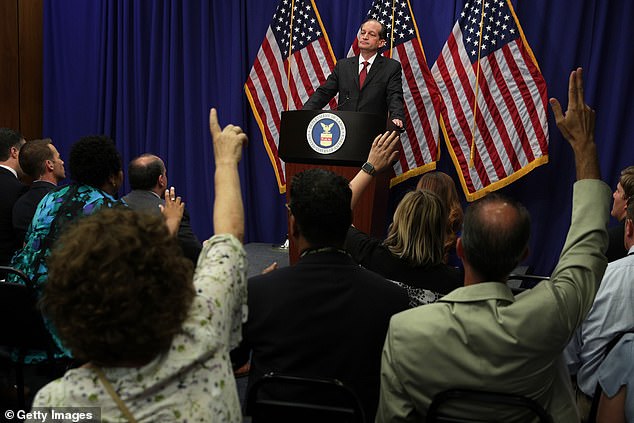 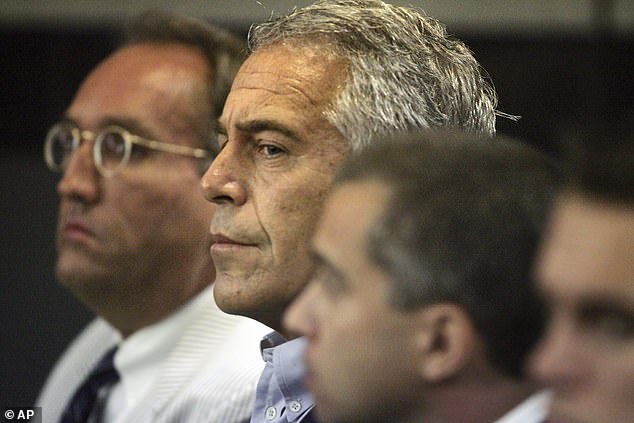 Epstein, shown in court in 2008, got a short jail term that included permission to leave every day on work-release

County officials later granted him permission to leave jail every day on a work-release program, a perk that Acosta called ‘B.S.’ on Wednesday.

A judge ruled this year that the plea deal was illegal; the U.S. attorney in Manhattan said Monday that it was not bound by it.

Prosecutors there accused Epstein of luring dozens of girls, some as young as 14, and coercing them into sex acts. He remains in jail while he awaits a bond hearing scheduled for next Monday morning.

The Department of Justice’s Office of Professional Responsibility, which investigates alleged misconduct by department lawyers, is reviewing how Acosta and the other prosecutors in the U.S. Attorney’s Office for the Southern District of Florida handled the Epstein deal.

Acosta said he would comply with any investigation.

The Justice Department disclosed the review into Acosta earlier this year after Republican U.S. Senator Ben Sasse raised concerns about the handling of the Epstein case with then-Deputy Attorney General Rod Rosenstein, according to Reuters.

A status of the review is unknown. The Justice Department has said Attorney General William Barr is recused from the matter because of his prior employment with the law firm Kirkland & Ellis, which represented Epstein at the time. Acosta also previously worked for the same law firm.

Democrats in Congress have called for Acosta to resign over the ‘sweetheart deal.’

He dismissed those demands on Wednesday, saying that if his office hadn’t stepped in at the time Epstein would have only faced one minor and non-jailable charge from state prosecutors.

‘Without the work of our prosecutors, Epstein would have gotten away with just that state charge’ and avoided jail time, Acosta told reporters. ‘He was and is a sexual predator.’

‘My relationship with the president is outstanding,’ Acosta added.

Acosta would not say if he would make the same decision regarding Epstein again today.

‘We live in a different world. Today’s world does not allow some of the victim shaming that would have taken place at trial 12 years ago,’ Acosta said.

‘I don’t think we can, say, take a case that is this old, and fully know how it would play out today.’